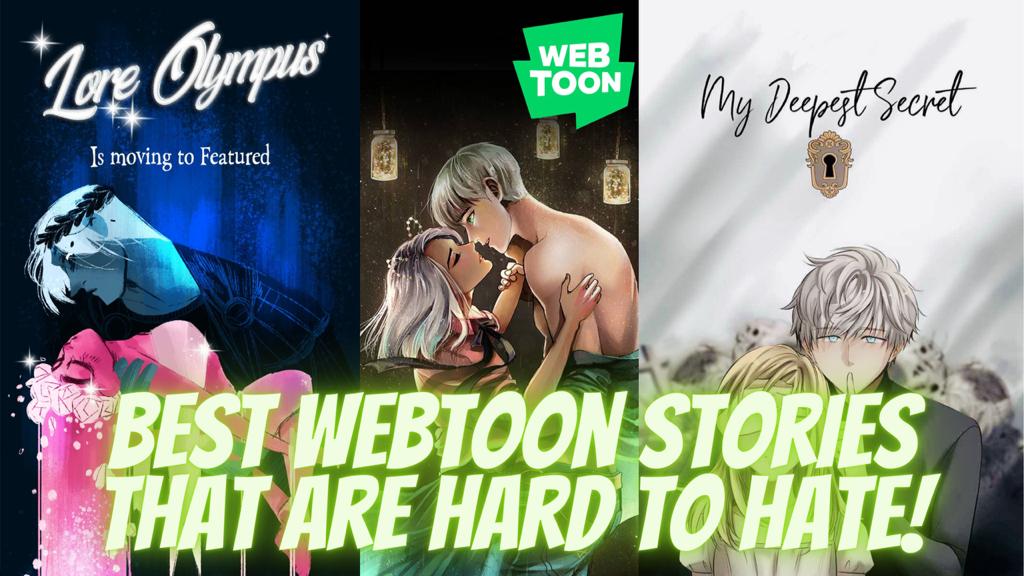 Best Webtoon Stories That Are Hard To Hate

Let’s Talk about, Best Webtoon stories that are hard to hate. We’ll also talk about why you should start reading these stories. Webtoon stories or comics are very popular nowadays, even the fans of anime who couldn’t stand reading mangas are attracted to these awesome comics.

What is the reason for Webtoon having so much content nowadays with unlimited access to thousands of comics? Webtoon is the new pinnacle of introducing new creators to their targeted fan base. Every Webtoon Reader knows the variety of content that’s available in it. And how much potential it has to reach a far better audience.

So if you are confused about reading stories on Webtoon. We’ve got you covered as we have curated a list of the best Webtoon stories that everyone will eventually love reading. The level of narration and animation is what defines a great comic story. And over the years many stories have been popular in Webtoon and not in one particular genre but a variety of them. From Romance to Horror and Action to Fantasy, you will find everything in this list. So here are all the details about, the best Webtoon Series that are hard to hate – Not Ranked.

What do you think gods do in their free time or what kind of nightlife do they lead? Lore Olympus is created by Rachel Smythe. The Story follows the life of gods and what they do in their nightlife. It’s a bizarre take on a romance angle between different gods. Imagine gossip spreading about your favorite god or having them attend parties like regular folks. It sounds totally fun and weird at the same time. 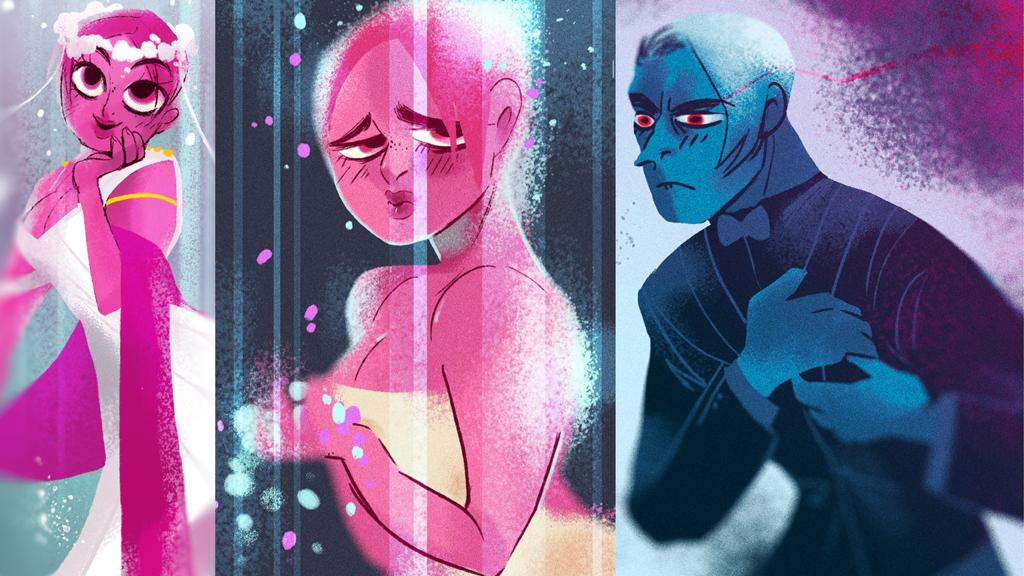 Read by more than 5.8 million users every week, The Reason Lore Olympus was on the best Webtoon Series that are hard to hate list was due to the Art of the comic. As it focuses more on a different style look of the characters like any other normal Webtoon stories out there. And this is what makes it unique and attractive to the readers, mostly teens. Romance plus quirky characters are the best combos for a steamy read.

Underdog Heroes are what societies need now. unOrdinary was created by Uru-Chan. The Story focuses on a high school boy named John and his life as a normal teenager. But it isn’t as normal as he intends it to be as he attends a school full of elites who possess great power and abilities. 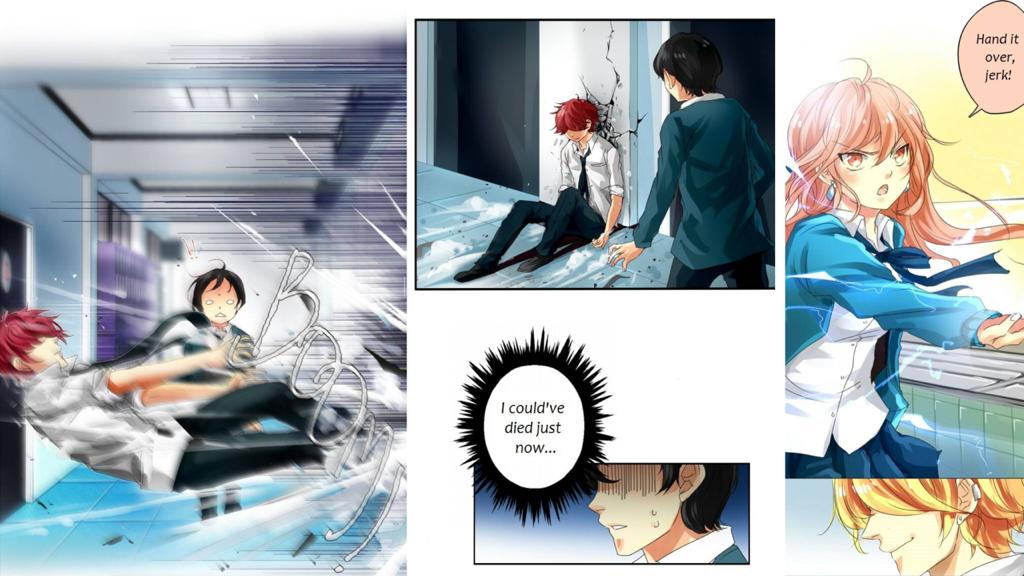 And in between all of this is John, who is like the underdog of the school, with no reputation to uphold. His journey begins when his secret past threatens his normal life. Read by more than 5.5 Million users every week. The Reason unOrdinary was on the best Webtoon stories that are hard to hate list was due to its characters and action sequences. There are some awesome fight sequences that you don’t want to miss out on.

How will you define True Beauty for your partner? True Beauty is created by Kim Na-young. The story follows Lim Jugyeong, an insecure girl who dreams of being beautiful. She is a full-grown Otaku who likes to listen to pop music and binge movies nonstop. This is what makes her so special. But she doesn’t understand it herself and tries to do makeup by watching videos online. 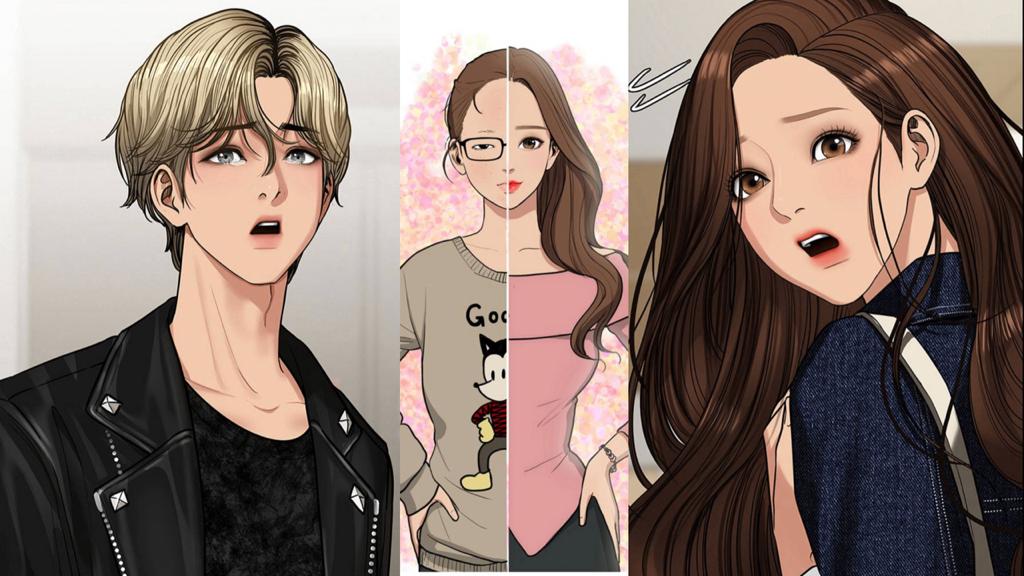 Overnight she becomes one of the school’s prettiest girls, and her social standing among her classmates rose through the roof. Will Kim be able to keep her secret from everyone? Well, Read True beauty to find out. Read by more than 7 Million users every week. The Reason True Beauty was on the best Webtoon stories that are hard to hate list was due to its understanding and portrayal of how a person overcome insecurities and reinvents themselves. This story is a pure joy ride, you won’t stop reading this Webtoon story.

Having a Kind and Handsome boyfriend is both a blessing and a curse in itself. My Deepest Secret is created by Hanza Art. The Story follows the life of Emma and her boyfriend Elios. Emma is thrilled to meet her cute and handsome boyfriend every day at work. She still doesn’t believe that he said yes to her proposal as according to her he was way out of her league. 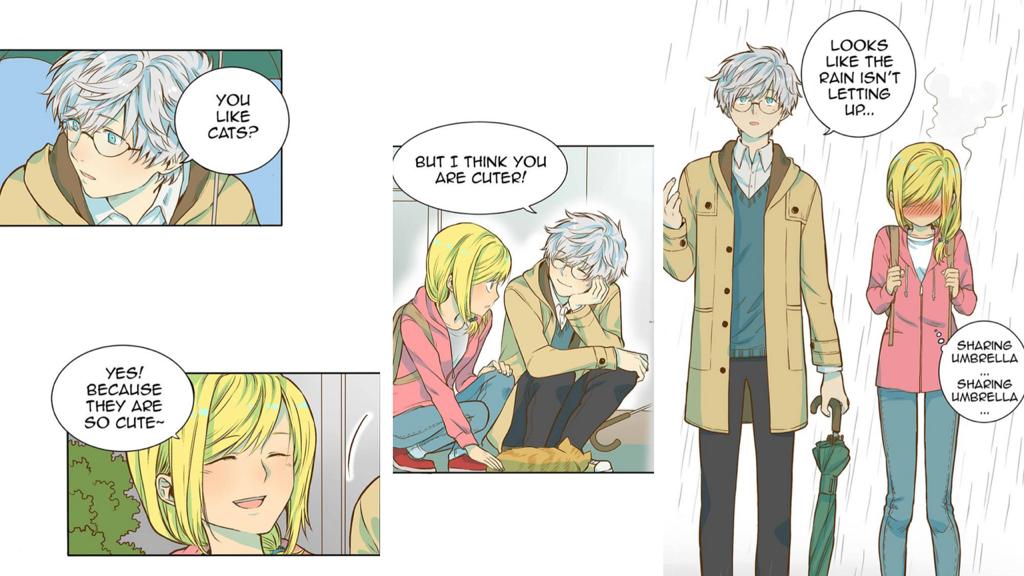 What Transpires as a cute love story between Emma and Elios soon takes a dark turn when Emma starts to notice some odd behavior about Elios. Read by more than 2.5 Million users every week. The Reason My Deepest Secret was on the best Webtoon stories that are hard to hate list was due to the story’s complexity to interpret many scenarios between Emma and Elios. This story is both irritating and pleasant to read at the same time.

Is Love a reason or an excuse for stalking someone? Its Mine is created by LuckS. The Story follows Yohan Do and his crush Dajeong. This twisted one-sided love story is about a young man Yohan, who does everything in his power to protect his crush Dajeong. She doesn’t even know about his existence or the fact that he follows her every day to the point that he knows about her home address. 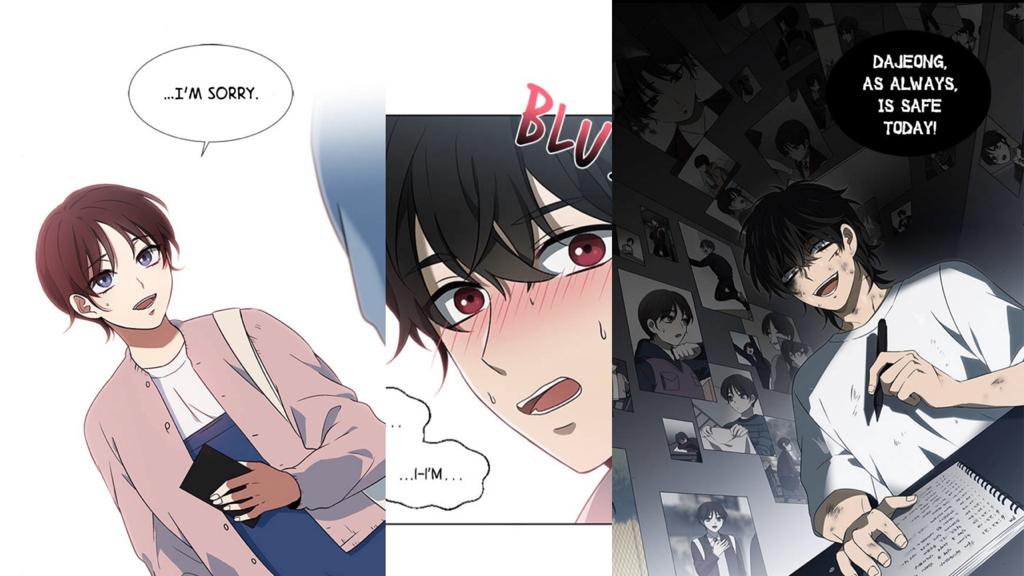 Also, Read – Best Zombie Manga To Read In 2022 According To MyAnimeList

And her whole routine, from her waking up to going to her school and her Part-time Job, eventually every little detail about her life is known to Yohan. But what happens when he founds out something about Dojeong that could shatter his heart to pieces. Well, read Its Mine Webtoon Story to find out. Read by more than 1.2 Million users every week. The Reason It Mine was of the best Webtoon stories that are hard to hate list was due to the thrill element this story depicts throughout the plot. It’s a very engaging read.

Would you rent an apartment knowing there’s a ghost in there? Freaking Romance is created by snailords. The story focuses on Zylith an 18-year-old young lady who is out in the world to find her new apartment. She was forced to move out by her parents as she didn’t meet their expectations. Now to enjoy her life to the fullest while also finding a nice reasonable apartment is her goal. 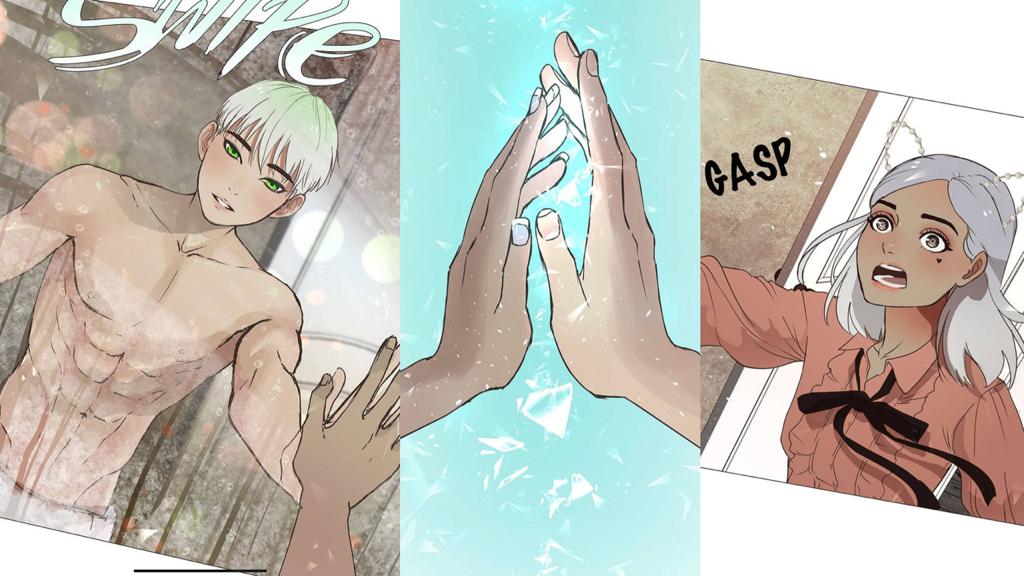 But what happens when the only apartment available in your budget is a haunted one. Well, Zylith took the apartment, and contrary to her expectations the ghost turned out to be a handsome man who, according to her looked like a Kpop Member. Witness a story about two young souls who are destined to be together. Read by more than 3.3 Million users every week. The Reason Freaking Romance was one of the best Webtoon stories that are hard to hate list due to its supernatural take on a tragic love story about two opposites.

What’s the use of power if you can’t even save your loved ones. Purple Hyacinth is created by Ephemerys and Sophism. The Story follows Lauren an outstanding officer of the law. Her only ambition in life is to protect the ones with her powers who are defenseless. Her powers lie in her ability to detect lies and she uses it for providing intel so that major threats could be avoided. 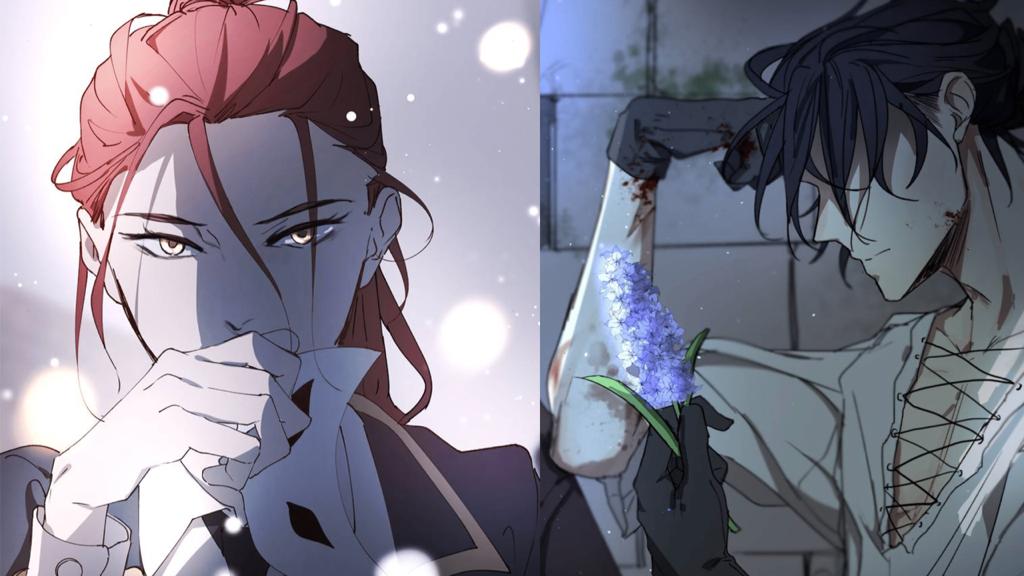 But what happens when her ambition forces her to side with an Assassin to fight evil. Read by more than 1.5 Million users every week. The Reason Purple Hyacinth was on the best Webtoon stories that are hard to hate list was due to its thought-provoking Art and Plot. The story is very dark with themes of war and trauma, and the Art depicts this all very smoothly. The Transaction between action sequences is top-notch and keeps you over the edge.

Small World is created by Wonsun Jin. The Story follows the life of Robin and Julien. Robin is a reserved type of person, who doesn’t indulge in many activities. But when his boyfriend Julien is around, Robin starts to enjoy his life. Be it the gym or a movie theatre Julian is always there to dote on his dearest boyfriend. 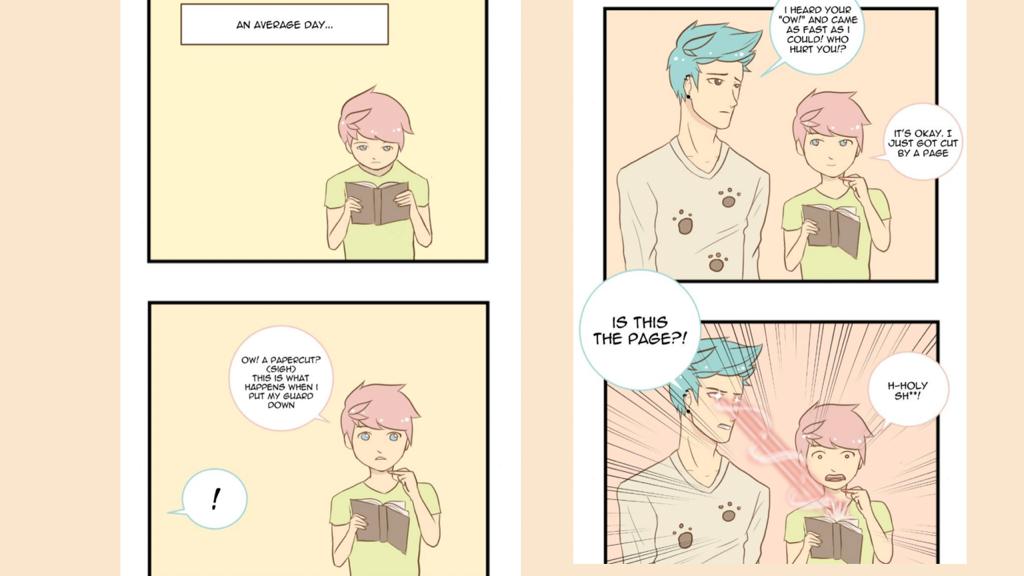 Witness a cute love story between a couple and their weird lifestyle. Read by more than 800 Thousand users every week. The reason the small world was on the best Webtoon stories that are hard to hate list was due to its hilarious comedic sequences between Julian and Robin. The level of humor in this Webtoon story is very poignant.

Also, Read – 10 Thriller BL Manhwa/Manhua That You Should Read