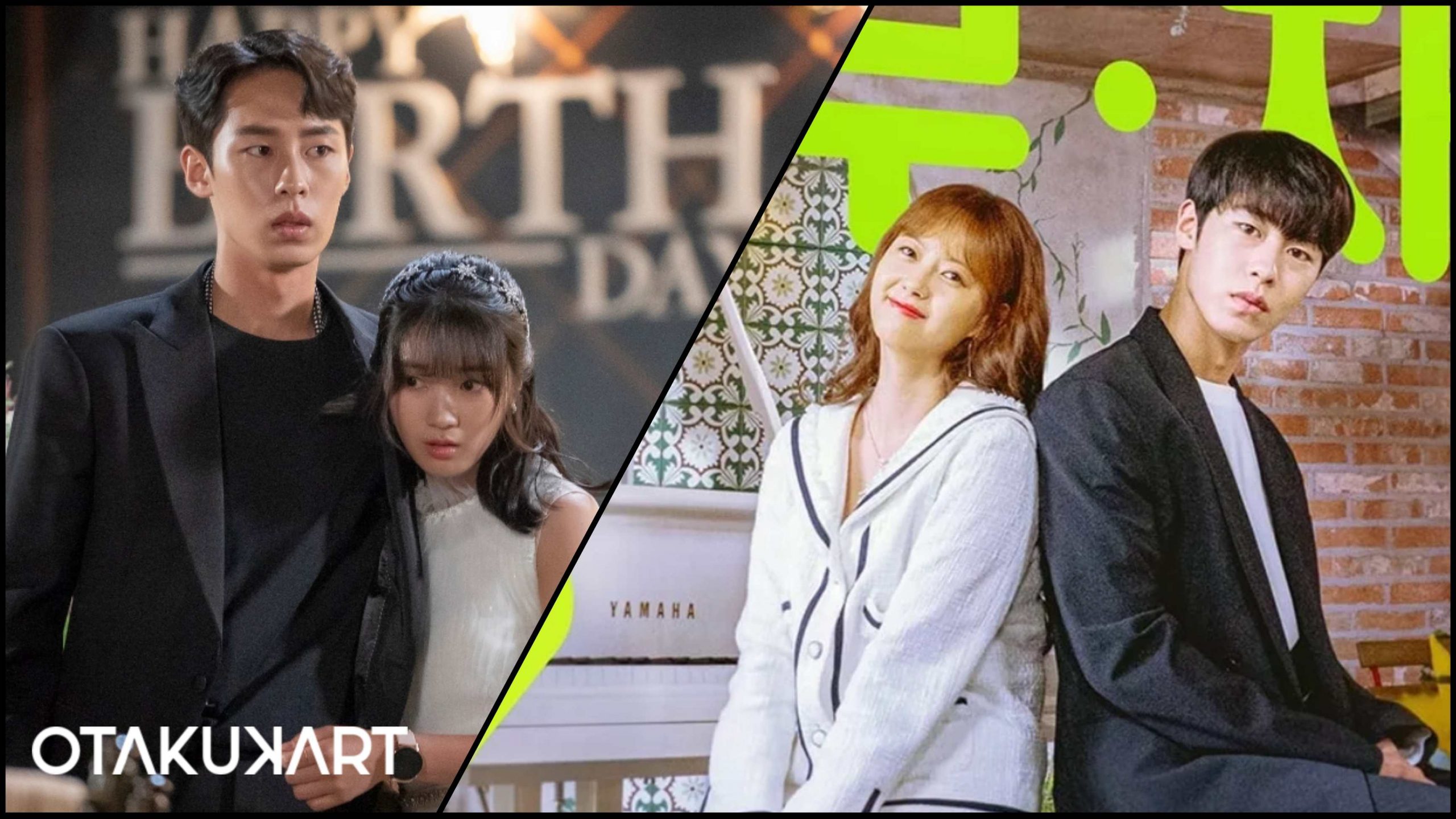 The twenty-three-year-old Lee Jae Wook has been in the South Korean entertainment industry for just three years, and he is already capturing the hearts of the audience! After making his acting debut in 2018 with Hyun Bin’s ‘Memories of Alhambra,’ Lee Jae Wook has gained his own fandom, and even at such a young age, he is considered the King of Chemistry!

Moreover, he is one of the most popular models who is signed with high-end fashion brands like Prada and Lancome Cosmetics. He is going to make a comeback on the small screen this year as a lead actor with the action fantasy drama, ‘Return’ paired opposite Jung So Min. Ahead of his long-awaited comeback, let’s take a look at the best K-dramas of Lee Jae Wook that you should have already watched!

‘Return’ has been set in the fictional world of South Korea and depicts the love stories of young magicians as they deal with heaven and earth and overcome their twisted fates. The show has been scheduled to release in June 2022, and the fact that it has been written by the Hong Sisters, the duo responsible for creating masterpieces like ‘You’re Beautiful,’ ‘My girlfriend is Gumiho,’ ‘The Master Sun,’ ‘The Greatest Love,’ and ‘Hotel Del Luna,’ make the show extra special.

If you wanna see Lee Jae Wook acting as a lead character, you should go with ‘Do Do Sol Sol La La Sol’ without any doubt! It is a musical rom-com K-drama series that follows a rich, naive but incredible pianist named Goo Ra Ra, who has led a life of luxury owing to her father’s background. However, she suffers a huge setback when her father dies, and bankruptcy follows in her life. She strives to rebuild her life, and in the process, she comes across the mysterious and warm-hearted Sun Woo Joon (played by Lee Jae Wook) with multi part-time jobs. However, their meeting results in an accident, and Ra Ra ends up being hospitalized with an injured arm and no roof above her head. 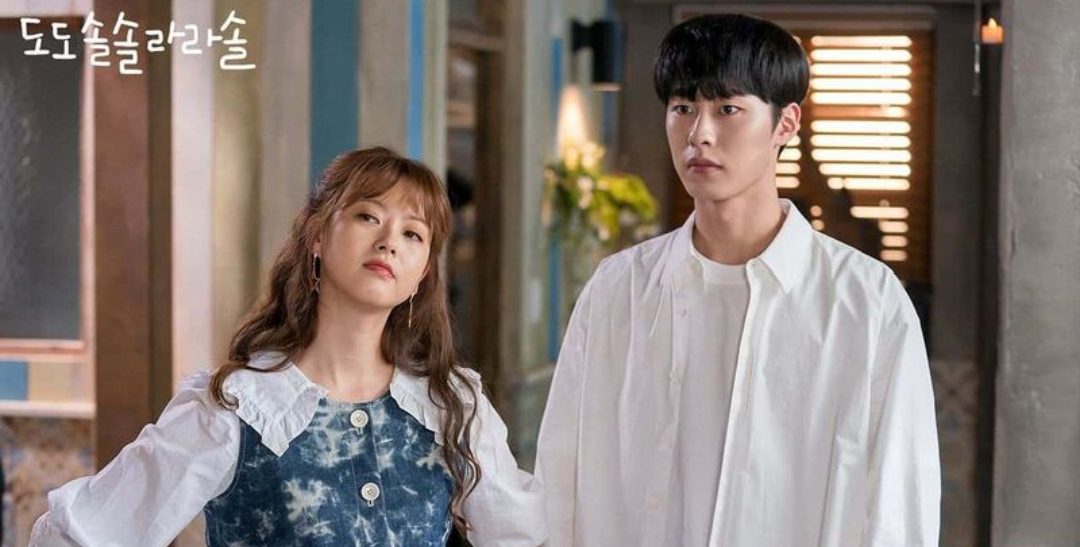 A guilty Sun Woo takes her in and decides to take care of her. Moreover, he also helps Goo Ra Ra stand on her own feet by building a place for a piano lesson course. The energetic and cheerful Goo Ra Ra gradually makes her way into the heart of Sun Woo Joon while dealing with the challenges of being an independent woman.

One of the highest-rated K-dramas of 2021, ‘Move to Heaven’ is a family life drama that is capable of providing meaning to your life when you feel lost. The story follows an autistic man named Geu Roo as the protagonist who helps his father in his trauma cleaning business where he has to arrange the items that the deceased leave behind. However, after his father dies suddenly, his uncle, Sang Koo ends up becoming his guardian as he also begins to help him run his past father’s business. He has a cold and aloof personality and used to be a martial artist before he landed up in jail because of an incident he got involved in during a fight. 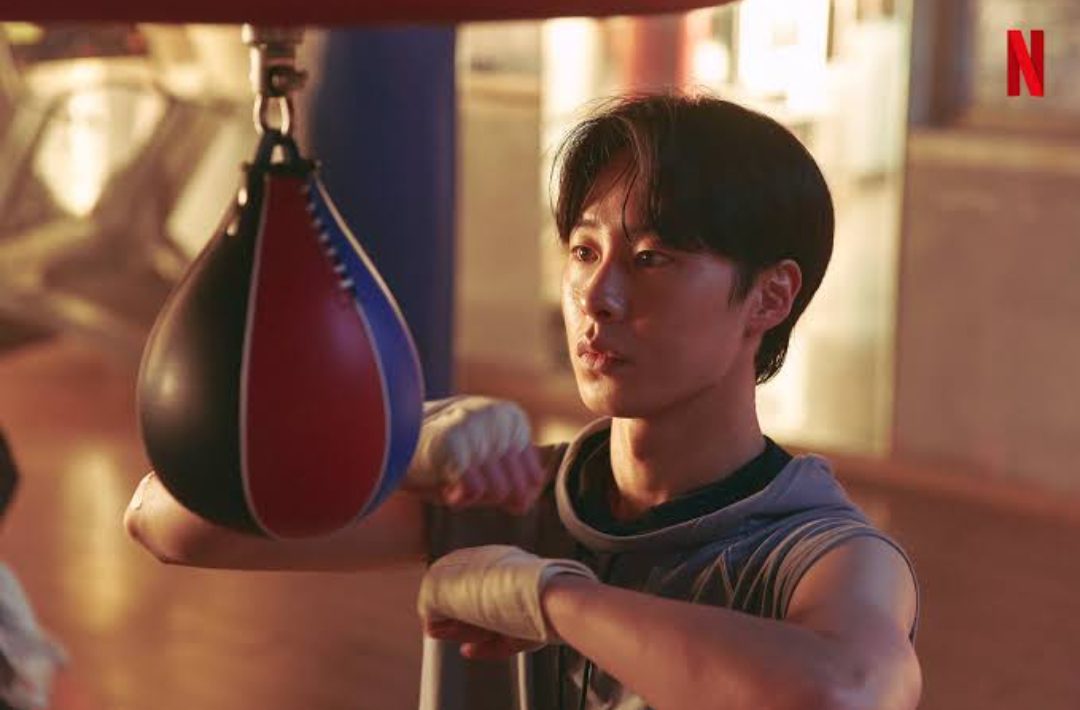 As he helps him uncover suppressed tales about the deceased, he tries to deal with his past involving Geu Roo’s father and the traumatic incident because of which he became a jail convict. Lee Jae Wook has appeared in this show as a friend of Sang Gu, Kim Su Cheol, who was saved by him from street thugs a decade ago. He plays a short but important part in the series.

The live-action version of the 2018 novel by Lee Do Woo, ‘When the Weather Is Fine’ is a slice-of-life K-drama that focuses on the theme of forgiveness and healing. It centers on a cellist named Mok Hae Won, who quits her job after going through a rough time and moves to the countryside, where she had lived briefly as a high school girl. She has lost faith in people after she was emotionally traumatized in the past and thus has shut her heart to society.

As she begins her new life, she meets her former classmate and neighbor, Eun Seob, who runs a book store now. She notices how simple a life he leads— waking up, drinking his coffee, spending time writing blogs, and reading books. 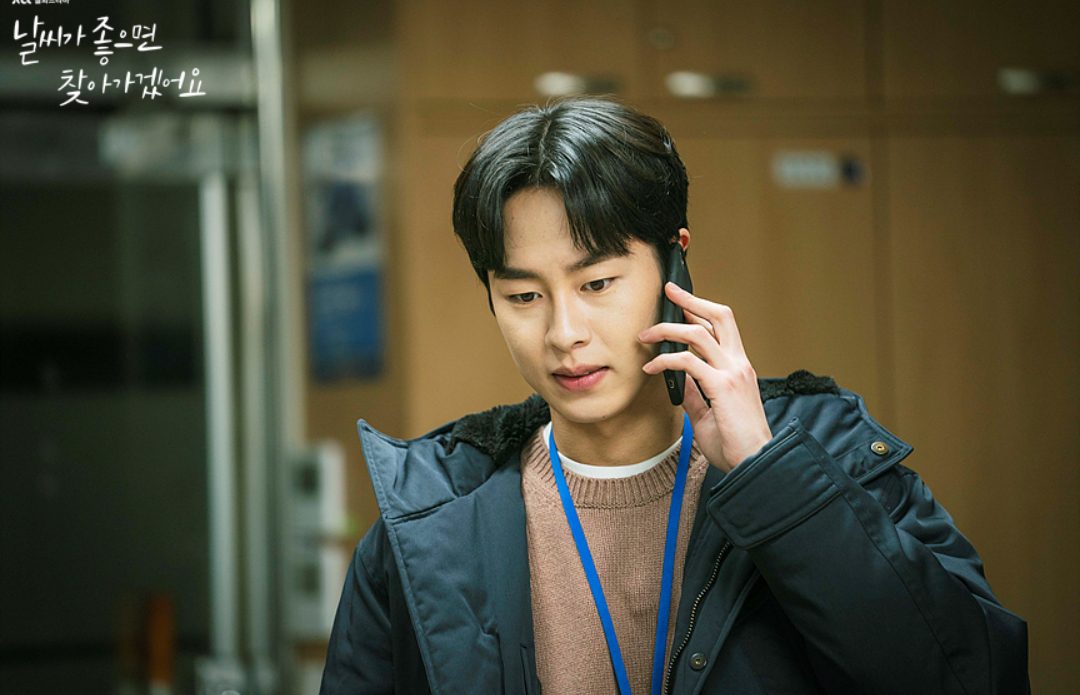 When the Weather Is Fine

Both of them find comfort in each other, and together, they escape the bitter and harsh situations that life put them through. With the beautiful snowy setting, the story showcases the two falling in love with each other while they heal from their scars. Actor Lee Jae Wook plays the character of Lee Jang Woo in the series, who is a friend of Eun Seob since their high school days.

Search: WWW is a rom-com K-drama revolving around three different women in their late thirties who have achieved a lot of success in their life by working hard. However, in order to come this far, they have ended up sacrificing a major part of their personal life happiness, including the idea of not getting married and being a mother. With Bae Ta-mi, Song Ga-kyeong, and Cha Hyeon as the protagonists, working at competitive web portal companies, the show talks about the wins, the losses, the conflicts that they experience in their daily lives. 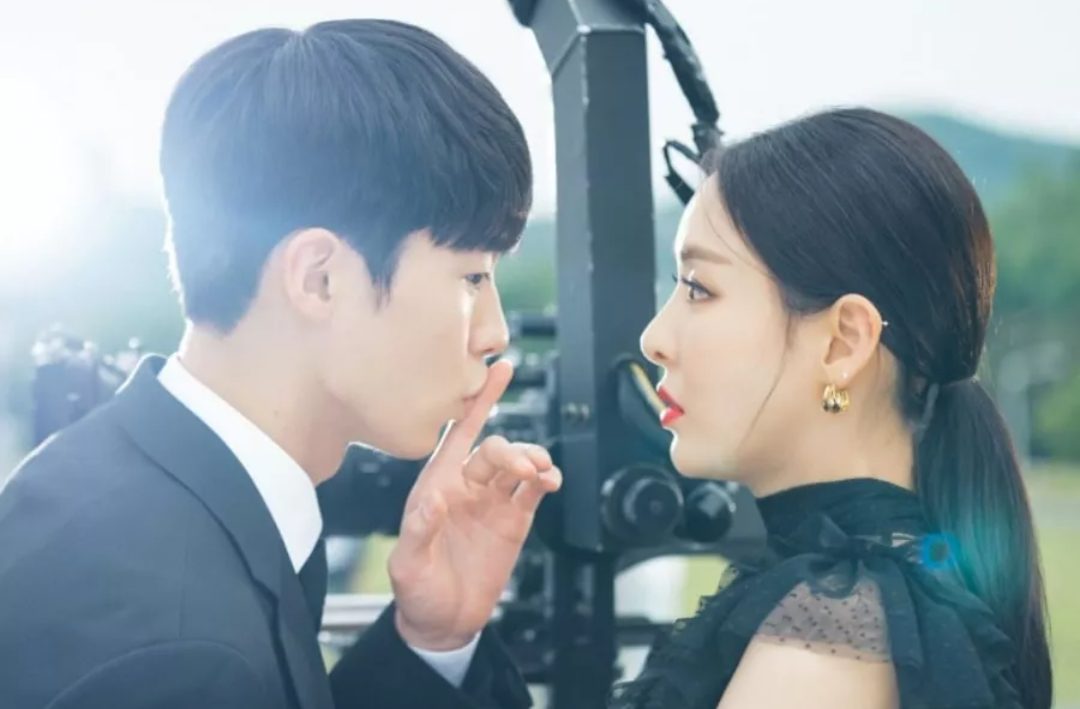 Lee Jae Wook has been cast as Seol Ji Hwan, who plays the character of an aspiring actor who has been struggling to make his name in the film industry. A kind, warm-hearted and introverted soul, he falls in love with the tough and athletic Cha Hyeon. Not only the storyline of the drama is good, but it is also one of the most-watched K-dramas of Lee Jae Wook!

And finally, ‘Extraordinary You’! Even though the series failed to gain attention in the home country when it aired, it ended up being one of the most entertaining high school K-dramas in the international market! It revolves around a rich high school student named Dan Oh, who suffers from a heart condition and has been madly in love with her classmate and fiancé, Baek Gyung. However, he treats her in a terrible way and avoids her most of the time. Dan Oh’s life takes a 360 degree turn when she realizes that she is inside a webtoon and her entire existence is controlled by the author of the webtoon. Moreover, she is just a supporting character who will be killed off later in the story. 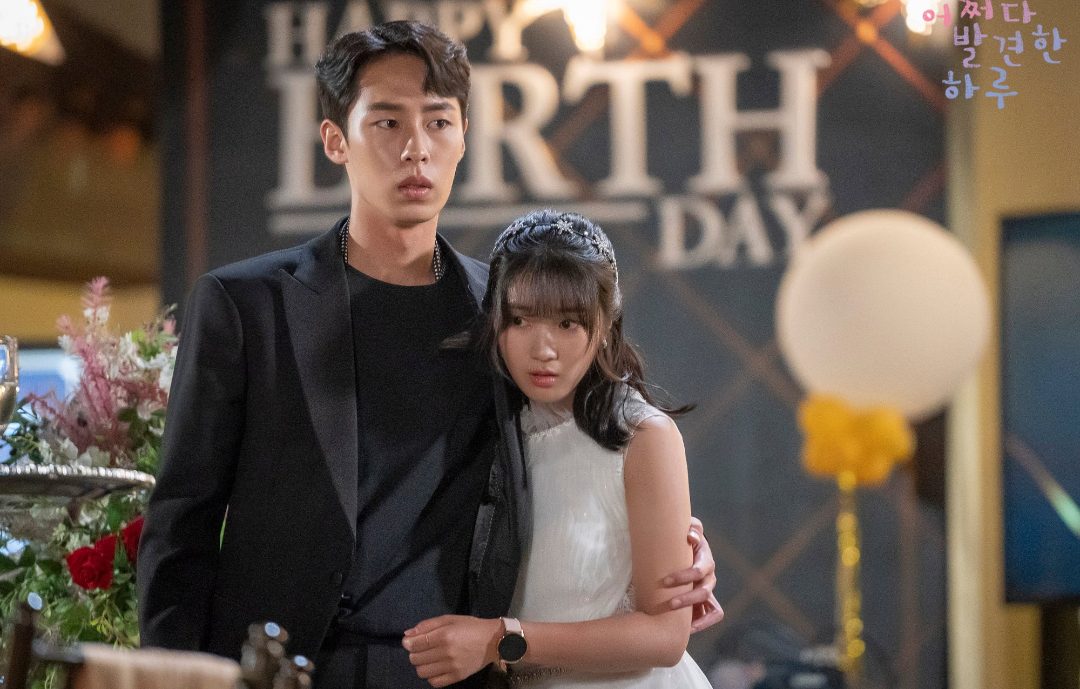 Determined to change her fate, she makes various attempts to change the course of her story only to meet with disappointment. To her good luck, she comes across an unnamed character who seems to be the only person who can influence the flow of the story. Lee Jae Wook plays the character of the rude and arrogant Baek Gyung, who later falls in love with Eun Dan Oh. His character has earned the name of one of the most heartbreaking second leads of the K-drama world.

Read: Top 6 Lee Jun Young K-Dramas And Movies To Add To Your Watchlist!