Best John Candy Movies: Top 5 Movies That You will Definitely Like

In this article, we will get into the best John Candy movies that you might end up loving it. 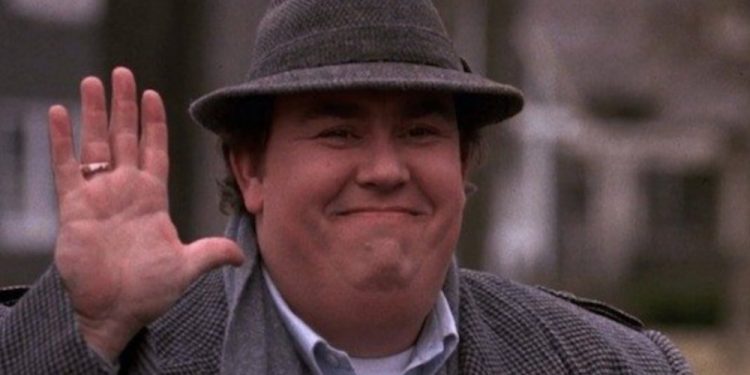 If you are a 90s kid or just enjoy watching the golden movies of those days, you might be pretty familiar with John Candy, who was a rising star back in the 80s. This comedic star was an SCTV alumna and had managed to behold the name high. His comedic timing, his acting skill, everything made him the young comedic actor. However, he left quite young at the age of just 43. His career was in his prime when a heart attack took him away from us. He left behind some good unfinished projects and many good memories that people still cherish. In this article, we will get into the best John Candy movies.

The Canadian actor was born on October 31, 1950, and demised on March 4, 1994. Though the actor had managed to make millions laugh through his performances, his life was unfortunately not that happy. As his career arose, Candy was facing a lot of anxiety and stress issues. He even got into drug abuse. He would also try to keep his weight under control for most of the time. However, in the later years, he gave it all up. His death was quite similar to his father’s. He was married with two children. However, nothing could make him feel good about himself, and he battled these mental issues all his life.

Now, we will get into the best John Candy movies as a part f the legacy he has left behind for us. Indeed, his comical action has been an inspiration for quite a lot of people in the same field. However, he was not just someone who could make you laugh, but he could also pull off some serious roles.

Before we get into the comedy movies that John Candy had managed to pull off, we will talk about this gem. JFK was released in 1991 and got a rating of 8.0 from IMDB. This film by Oliver Stone had Candy as not a comical person, but as a serious cruel lawyer, who had dirt on quite a few important people. The film was centered around the assassination of John F. Kennedy. However, this was not just any historical movie showing us what happened.

Oliver Stone made this a narrative movie, where we get to see everything; however, there is an alternative fact too. This is how most thrillers in the modern day are made. Candy had quite a small role to play, however, an actor who had been a comedian on screen for most of his life had managed to do an amazing job as the stifling lawyer. We could not think of anyone else to play the part of the lawyer other than Candy. You know you have done an incredible job if even the critics are surprised by your change in the genres of acting.

This is one of the first movies that John Candy was seen. Released in 1980, we find Candy is a semi-important part of the film. He is not the main character, but he is remembered as one. If anyone has seen the movie, they remember Candy’s part quite vividly. The reason is his comic acting fits quite perfectly with the other actors and the mood of the movie even. The fun fact is that the movie was based on a Saturday Night Live (SNL) sketch. Hence, several actors were from SNL, yet the chemistry between Candy and them was amazing.

Other than his fresh acting, Candy is most remembered for his catchy dialogues in the movie. The film is about how two brothers are free from prison and want to re-open their band. A policeman, played by Candy, is on their trail to find out if they are trying to do something mischievous. What follows is a hilarious police-thief chase and heart-warming moments too. The movie is a feel-good one, and you can watch it if you want to go for something classic. The dialogues delivery and the flawless acting got Candy the recognition he deserves from this movie.

Also Read, Where is The Blues Brothers Filmed? All About Production of The Classic Comedy Movie

The movie released in 1987 was a pretty controversial one. If you remember, the 80s were known for Star Wars movies. People were getting crazy over each release of the Star Wars series, just like we get hyped over Marvel movies. Made by Mel Brooks, a well-known spoof movie maker, this movie was supposed to be a parody of the Star Wars series. This is quite a fun watch if you want to watch something old yet fresh. There were a few critics then who were not much pleased with the movie. However, the actual Star Wars fan thoroughly enjoyed the film, with all the references.

There were quite some celebrities, however, Candy played one of the most interesting parts. He was a half dog and half man, and his dialogue “I am my own best friend” was quite catchy. Candy’s dialogue deliverance was always impeccable, and this is what made him such a fan-favorite among the audience. By the end of his career, everyone knew if Candy were going to be in a movie, it would be good.

If someone were to have difficulty in recognizing Candy, then just use the reference of Home Alone. John Huges, the director of the movie, and Candy had quite a strong bond of friendship. Hughes would try to bring Candy in most of his movies, even if it has a small role. Hence, he called Candy for a small scene, which was quite impactful even. As you might remember, Home Alone is a movie about how Kevin McCallister is left alone at home whereas his whole family has left for a vacation in Paris. Yet, when his mother realizes this, she comes back through the most difficult route back home to be with Kevin. Meanwhile, Kevin has to keep off two burglars away.

Candy played the role of a polka band member who gave Kevin’s mother a ride. During this time, we find them in quite a funny conversation where Candy does shine bright. It is said that Candy shot the whole scene in a day, and all his dialogues were improvised.

This is one of the best John Candy movies that you must watch if you want to get into his list of movies. Another John Hughes movie, where Candy does play one of the main characters, is a treat for the eyes. The story is like a typical holiday movie, where an uptight businessman wants to get home, and a clumsy, goofy salesman is also on the same route. However, unlike all the holiday movies, this one has a special touch to it. Candy portrays his comedic genius to the fullest, and his chemistry with Steve Martins is off the charts.

At first, we get a bit annoyed by Candy’s character, Del. However, as the movie progresses, we get a bit of a background into the character. We get to understand why he is the way he is. This makes us sympathetic towards him. Additionally, Candy also transitions into the emotional parts quite flawlessly. These transitions are the key to making the people attached to your character, and Candy uses this trick till the end of the movie. Once the movie ends, we feel quite sad for not getting more of Del.