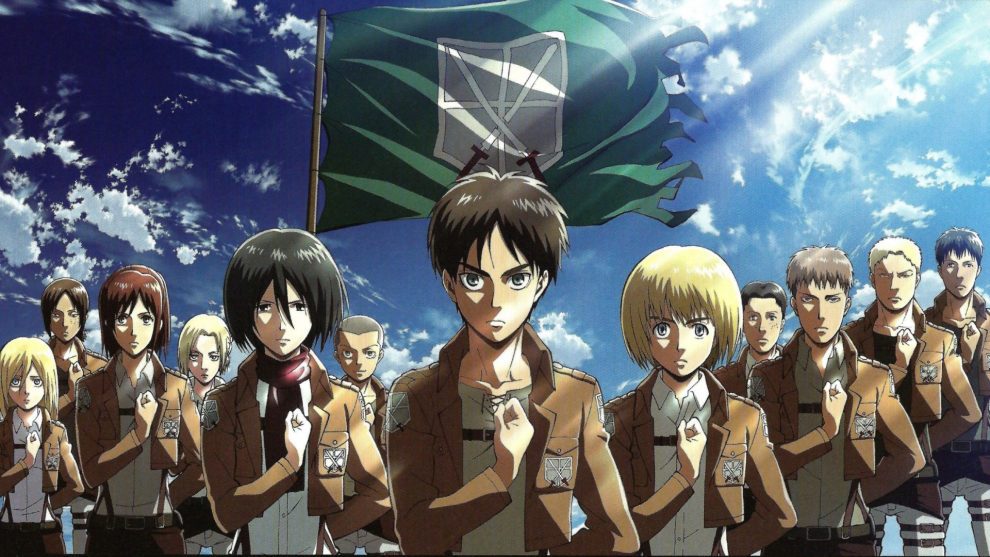 The anime has already been showered with so much love from fans all over the globe and now is under the highest show’s episode ratings. That Day is one of the memorable episodes from the anime. This famous anime has been lauded as one of the best animes to come out of Japan in recent years. It is due to the massive fan base and overall success. So, let’s check out the Best Attack On Titan Episodes To Watch According To IMDB Rating.

Without any doubt in mind, that Attack On Titan is one of the fan-favorite anime in the world. With an IMDB 9.0, this proves this anime show is in the top 10 on the best anime list. The first episode of the famous anime was broadcast on April 7, 2013. The famous anime series has received wide acclaim and notably has maintained a wide, active, and international fan base. Critics and audiences have praised everything from the anime, whether it is a story or music. 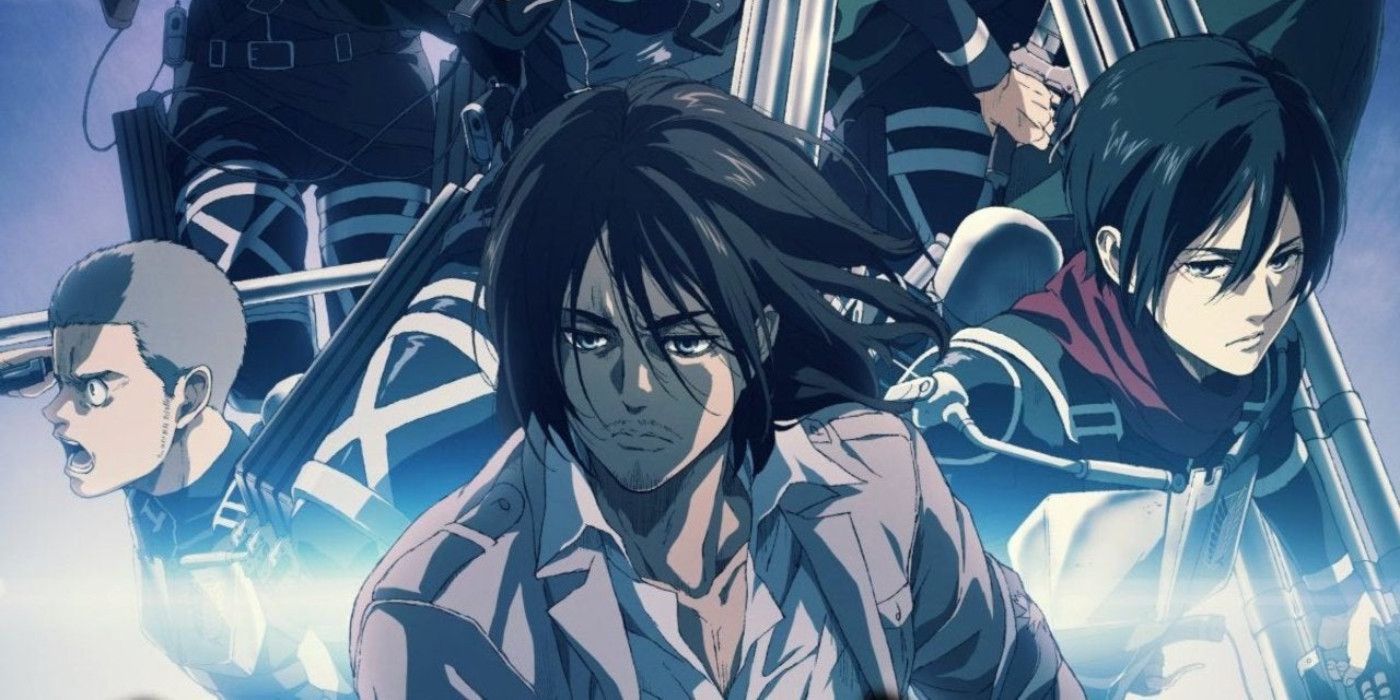 You will understand from the episode name itself as it takes us back to where the story actually began, Wall maria. The Scouts return to Wall Maria in hopes of taking back the city, which leads them to victory against the Titans’ overwhelming physical prowess. This plan makes good sense as believed that the secret to fighting against the mighty Titan is in the Eren’s basement.

While the team reaches the wall and starts doing their work, Armin notices that unusual behavior in the approach of the enemy. It takes him ordering the scouts to search the walls to find the enemy.

This episode is all about the first Attack on Titans by the most deadly weapon, The Thunder Spear. But, before we actually discuss it, the show opens on the mighty Armored Titan, who is being distracted by Eren Yeager. Reiner finally decides to go after Eren rather than attacking the horses.

As Titans’s doing their work, Captain Erwin thinks about his past in the middle of battle. Eren’s new hardening ability gives him the benefit over Reiner in one on one fight. Rainer manages to escape temporarily before Heinz, and the other survey crew members destroy the armored Titan with Thunder Spears. It is one of the episodes that remember by fans forever, and this one is for the use of some mind-blowing tactics and use of a weapon that might be game-changing.

This Attack On Titan is considered a powerful episode that mainly focuses on the Marleyian forces, namely Reiner Braun and Bertolt Hoover. This episode takes us a bit deeper into Marco’s death, and we also witness that it was a direct consequence of Reiner, Annie, and Bertolt. They actually fed him to a mighty Titan, and this revelation was so shocking.

Later in the famous anime show episode, Bertoldt must confront Armin, and the way he maneuvered that situation highlighted how much he had grown as a character. After well-managing that situation, then transformed himself and changed the tide of battle – well done, “Bertolt Hoover,” finally a catalyst. 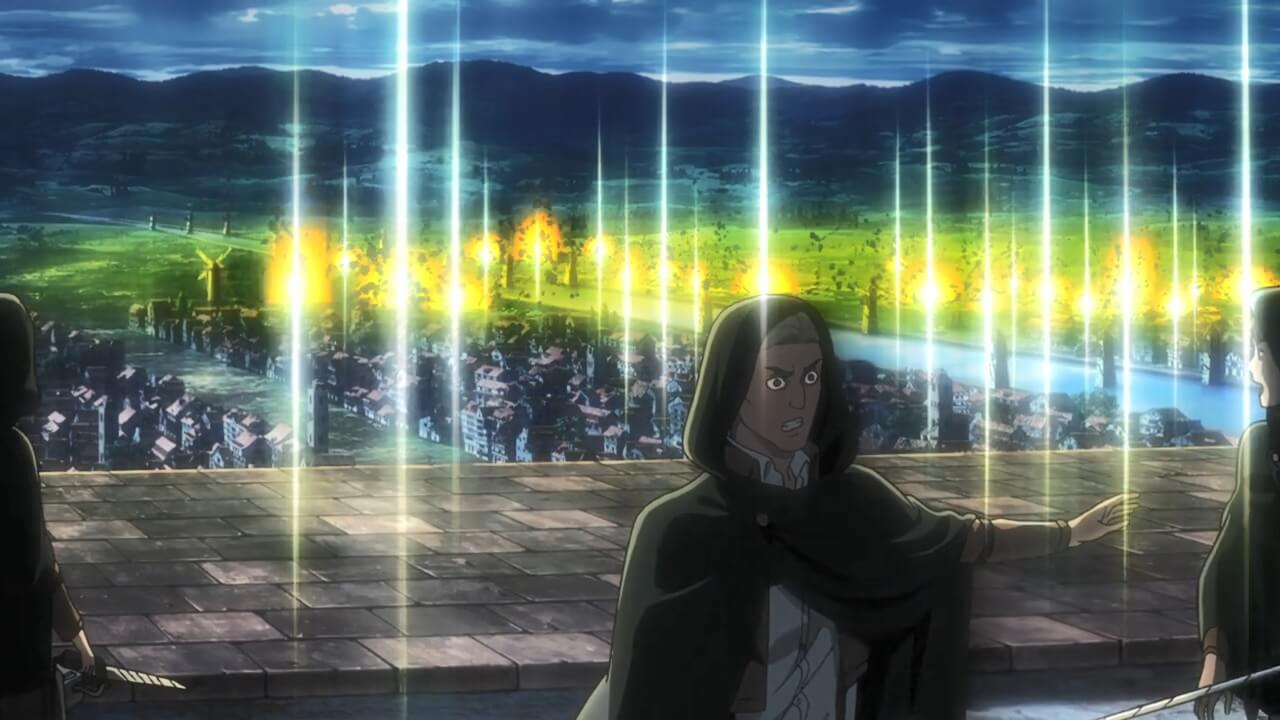 Still from Attack on Titan.

Also Read: Will Levi Die in Attack on Titan? A Complete Analysis

This episode considers the most memorable episode of all. This episode of Attack On Titan is filled with lore and answers to questions the fans have waited for all over the years. We find out more about Ymir’s curse and Eren’s ordination abilities, and its origins. Other than that, we learn about the previous wielder of attack on Titan and what purpose it usually serves throughout the years.

It is a well-created episode that, though exposition-heavy, moves along at a nice pace. We also see Historia learning more about Ymir through the powers of the bloodline.

Hannes again faces Eren and Mikasa as they face the threat of Dinah Fritz in her mighty Titan form. In this time of Attack On Titan, however, he does not have an actual plan to run and escape. This time in anime, it’s a fight to the death, and unfortunately, Hannes dies here. In this episode. Eren, now a bit broken from inside, cries out in pain before a wonderful speech from Mikasa to regain his courage.

What an incredible moment this was. Eren, now back on his feet and ready to go on offensive mode. Luckily for him, he accidentally uses the ability ‘The Coordinates’ to command the Titans and allows the Scouts to flee the house. We end the episode on the shocking revelation note that all Titans may be humans in origin. It is something that we cannot expect to happen.

After being rescued at the last minute, we meet our main cast atop the walls as they focus on regrouping. Reiner decides that it is finally the perfect time to reveal his true goals after Historia and Ymir.

The timing wasn’t right for this, but the actual revelation was world-shattering. Bertolt and Rainer are armored and enormously powerful Titans and attempt to recruit Eren into their cause. Of course, this doesn’t go down according to the plan, and Mikasa quickly attempts to murder them. This episode will always be remembered by fans for the news that Rainer tells during another moment of mental anguish for this tortured “warrior”.

This episode is around on Levi as he decides who to revive, via the might Titan Serum. It understandable the reasons for reviving both main characters while simultaneously showcasing the reactions of those who would be most affected by his decision. Levi’s eventually decided to use the mighty Titan Serum on Armin, though we’re not given a solid reason for this, only vague hints.

However, he remarks at the end that he decided not to use it on Erwin because it was finally time for him to rest in peace. Despite the ending of the episode, we begin with Zeke Yaeger promising to rescue a then confused Eren Yaeger.

This episode takes us into the depth of Attack On Titan lore and background. We get to know about Grisha Yeager’s backstory in the episode, starting from his childhood as a minority race being suppressed. We witness the unjust death of his younger sister swept under the carpet by a casteist government system. Eventually, Grisha joins the forces of rebel, but it’s not until he meets Dinah Fritz that things really start to make some sense. The royal blood Dina’s made Grisha, and the forces of rebels truly believe that they would be able to succeed in their journey.

Both Grisha and Dina then have a son together and they make him a cornerstone of their plans to rebel. Zeke chose to side with the Marleyans, rather than his own bloodline. This betrayal would eventually beginning to the demise of the Yeager family.

After the transformation of the Colossal Titan, one part of Wall Maria is on fire, and on the other, the Scouts are being bombarded by boulders being thrown by the Beast Titan. Eren tries his best to stall the Colossal but is easily throw him away onto Wall Maria where he slowly regenerates himself. The situation is sort of bleak, and the music in this episode really helps to create a hopeless mood. If that wasn’t enough, Erwin begins to lament over his imminent death. He manages to shake it off before delivering one of the best anime battle speeches of all time.

It is one of the Attack Of Titan episodes that got a perfect ten on the IMDB. This episode tells the story of the scouts bravely charging against a now enraged Zeke Yeager in his Mighty Beast Titan form.