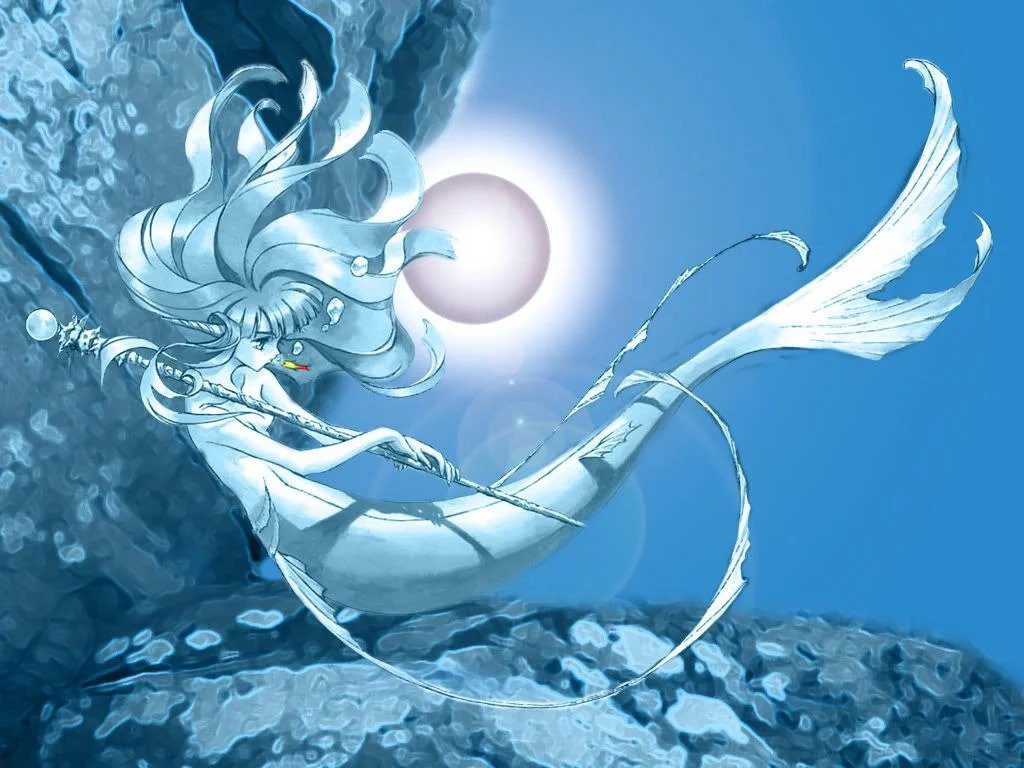 10 Most Popular Mermaid Anime Series Of All Time

Every now and then, supernatural things fascinate human minds. It brings chills down the spine when seeing dinosaurs in the Jurassic World, an alien invasion, or a beautiful-looking mermaid thirsty for blood. Once, mermaids were described as ocean monsters or predators with powers, but nowadays, mermaid anime brings out a completely different picture. Anime writers did a phenomenal job in making these mermaids as cute and cuddly as possible. The upcoming generations might not remember them as the ones we saw.

These ancient-fantastic beasts are fun to watch when mixed with seducing anime and adventurous stories. Every mermaid story will bring a new emotion to the watcher’s heart, from horror to comedy. Popular for their unmetered sexiness and romantic-adventurous plots, mermaids have aggregated quite a fan base in the past few years. Merging up with every category like action, adventure, and mystery, Mermaid anime gives the audiences something really new to experience.

That’s why we have dug deep and brought you the top 10 most popular mermaid anime series, which you will regret if you didn’t watch.

1. The Prince of the Coral Sea

Sango no Umi to Ouji (The Prince and The Coral Sea) is the story of a boy named Ray living on a small island called Okinawa. He dedicated his life to protecting its natural environment, but it isn’t enough. The story takes a turn when he meets a mermaid, who gives him magical power to save mother nature and the coral reefs. Will the young hope of Okinawa be able to protect the people from the natural calamities? Watch this all-time favorite mermaid anime to find it. It’s a 30-minute quick story with an adventure that will keep you at the edge of your seat. 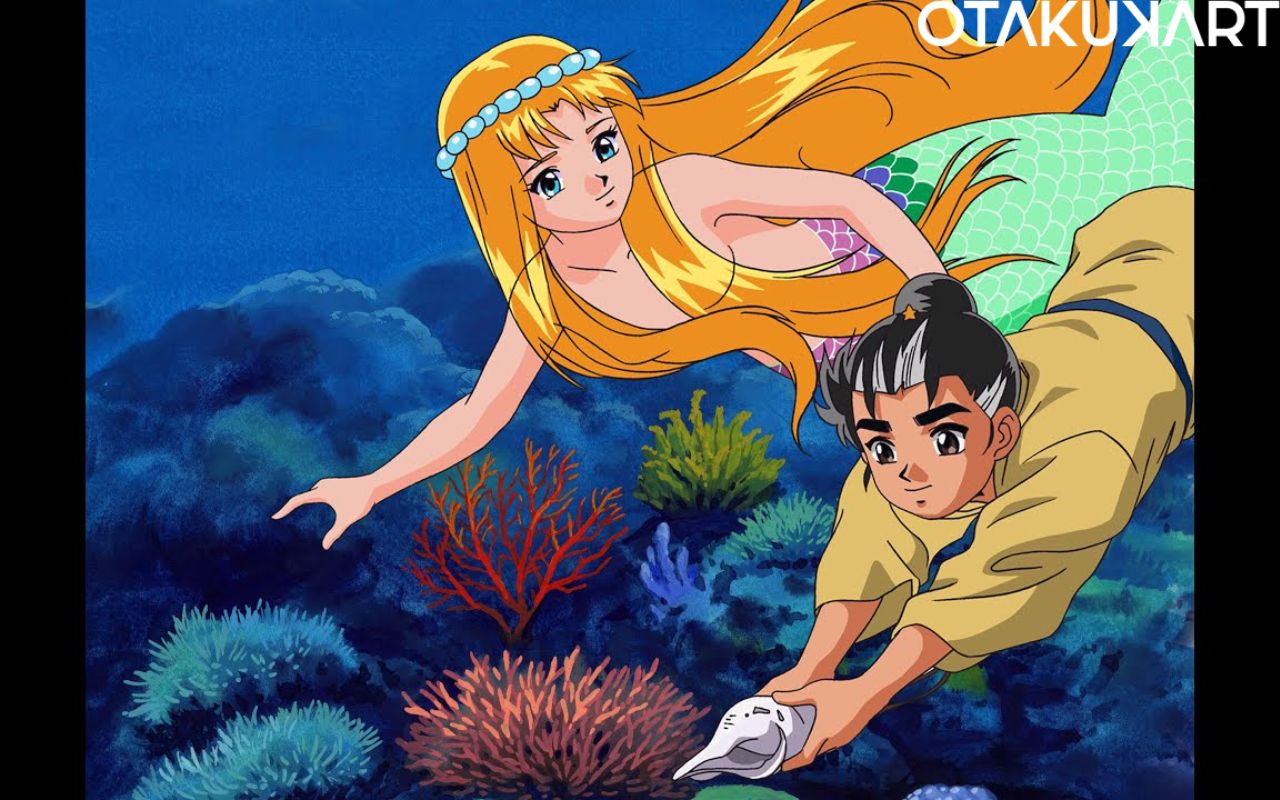 Ray and the Mermaid

A beautifully written and animated, fine piece of art by Anderson in 1975. It deserves a second place in our top 10 mermaid anime list. The Little Mermaid is a love story of a Mermaid Princess (Mariana) and a human prince. Mariana’s deep desire to see the world outside the seas led her to an unexpected meeting with a prince drowning in the sea. She experienced the love at first sight and was willing to give everything to just be with him. Our little mermaid has to overcome all the obstacles in her path to become a human and live with one person she loves the most. 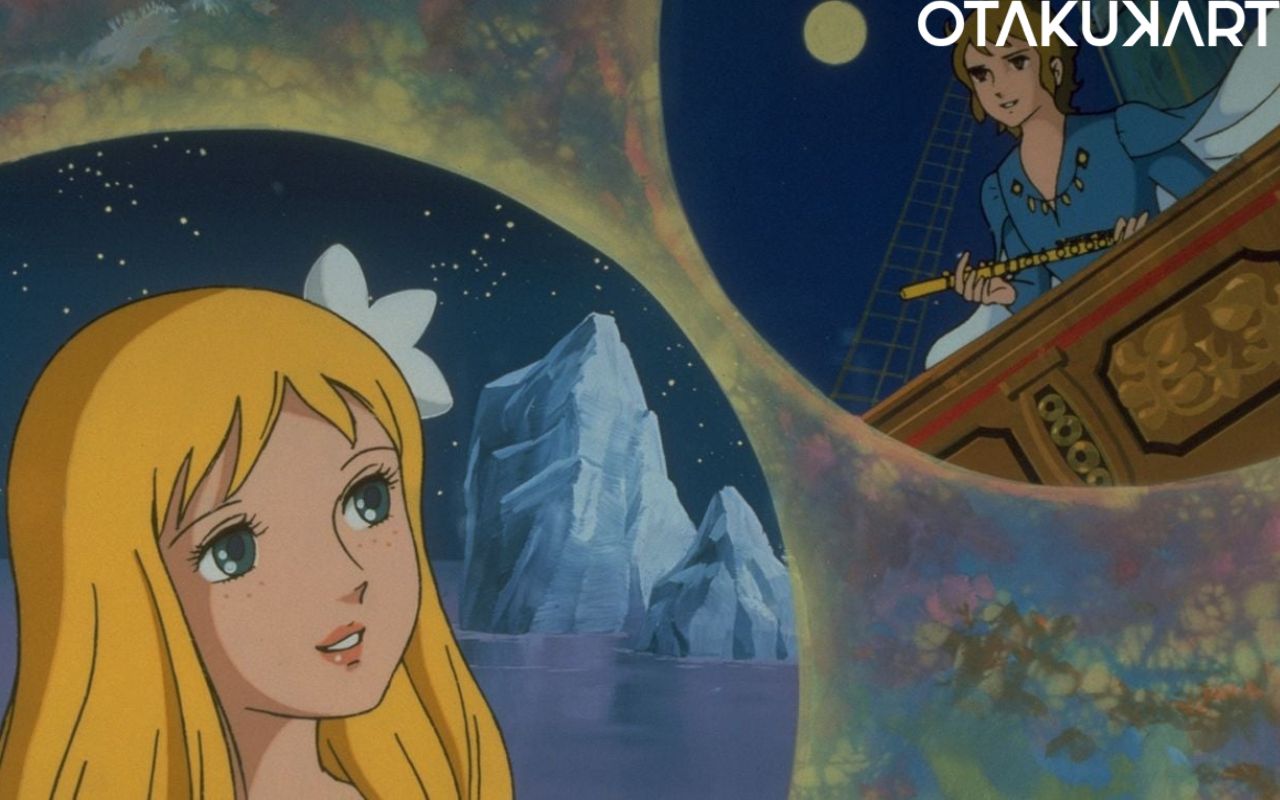 Mariana and the prince

Ever you wondered what have you done if you found a fish on the river bank struggling to survive due to polluted water? Of course, you would have helped but would it be the same if it’s a merman? Let’s ask Tatsumi, the protagonist, what he has done when he found a merman asking to save him from the polluted water. As the title suggests, The Merman in the Bathtub, you might have guessed what Tatsumi had done. Wakasa, a handsome merman, ends up in Tatsumi’s bathtub, and the fun begins. It will gaze your interest instantly when you see a lonely and kind high school kid and cool merman interactions. Some of you might relate to Tatsumi’s story! 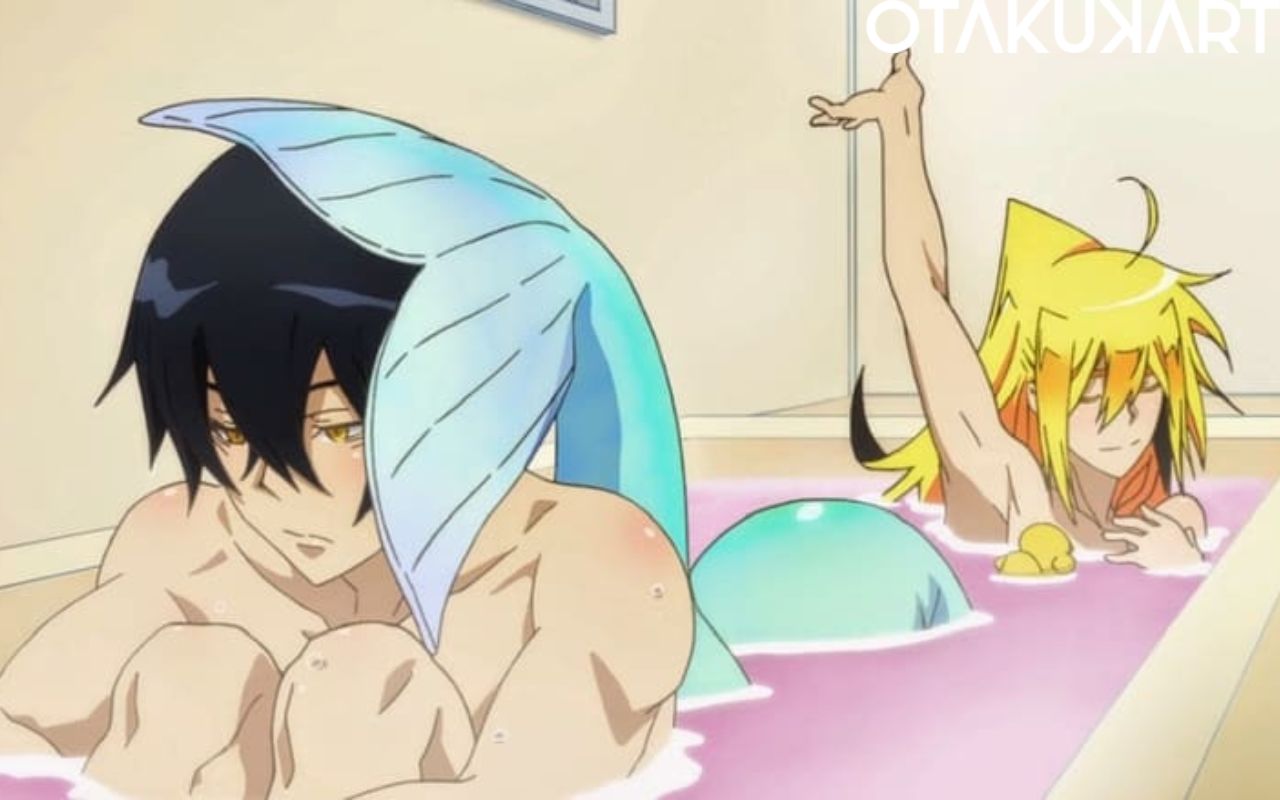 Wakasa and Tatsumi in a tub

Manatsu Natsumi was a student in middle school living a normal life. Until when she found a magical mermaid, laura. She was born at a place called grand ocean, which was now been concurred by witches. She was on a mission by her mermaid queen to find the prophecy savior of their world. Manatsu Natsumi discovered a hidden power in her when their city was attacked by the minions of the witches. 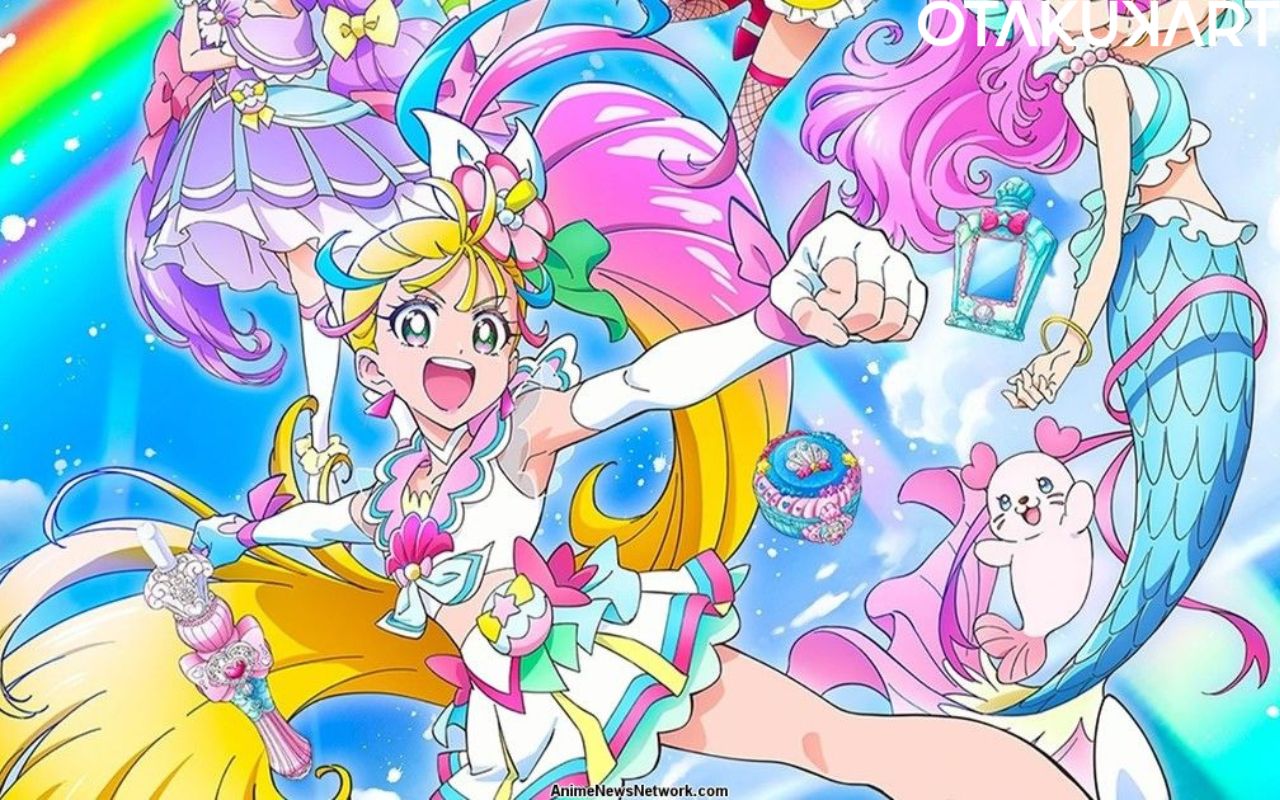 She was blessed by sea and proclaimed the title of the legendary warrior foretold by the legends of the grand ocean. The story further continues with Manatsu Natsumi fighting for the ocean, but can she defeat the witches alone?

5. My Bride is a Mermaid

The title kind of tells us about a mermaid wife, but the story is far too strangled to guess. Securing its place in the top 5 of the most popular mermaid anime of all time for a reason. This iconic drama series revolves around the character of a young boy Nagasumi Michishio. Once on his summer vacation, he decided to spend his day peacefully in the Seto Inland Sea, but fate has decided something else for him. Drowned by a sudden cramp in his leg, he falls unconscious in the sea. Saved by a beautiful mermaid, he didn’t believe what he see. But when he learned that she would die for divulging her identity to humans, life hit him even harder. There is only one way to save her is, Yes, you guessed it right! 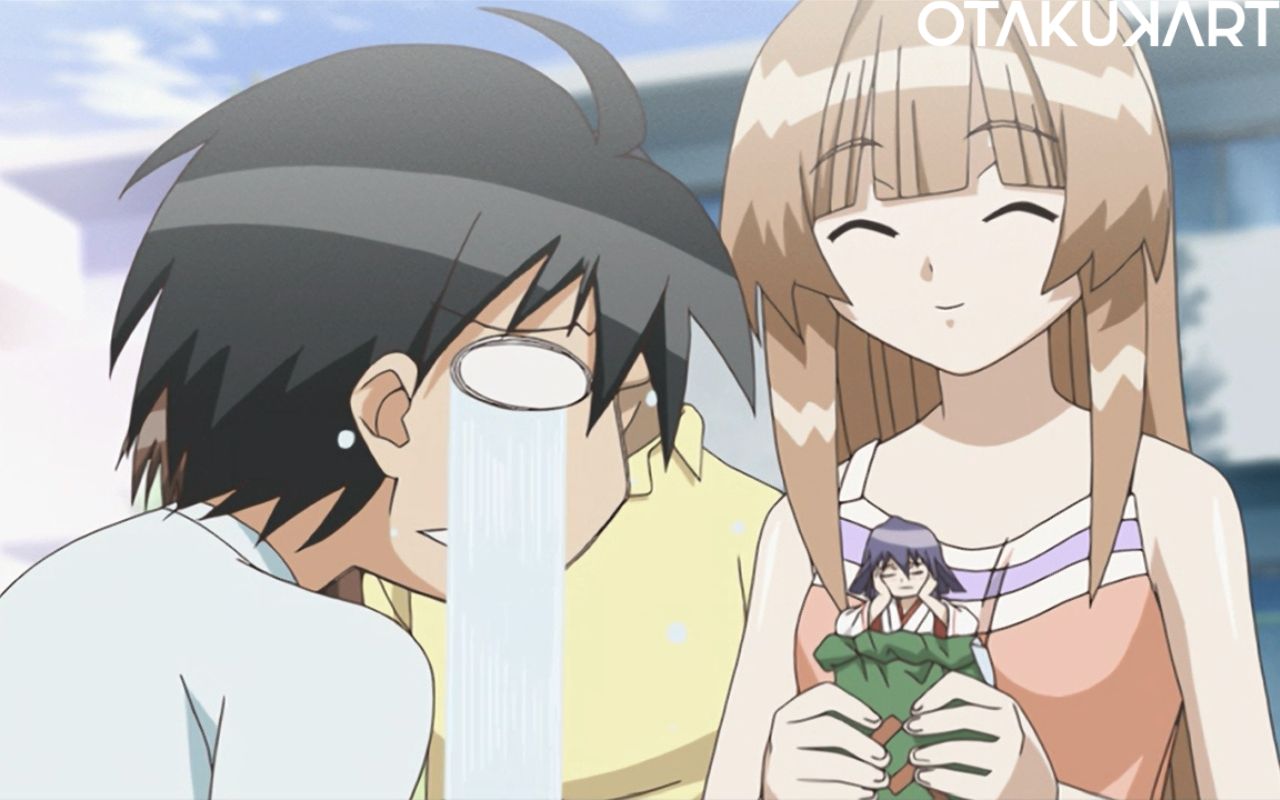 The mermaid bride standing in front of Nagasumi Michishio

Coming through! Another bucket of cuteness Mermaid Melody: Pichi Pichi Pitch. The cute face topped up with the great melody of her music wants you to see the protagonist  Lucia Nanami again and again. Lucia, the mermaid princess of the North Pacific Ocean, once saved a stranger from drowning and fell in love with him. She gave him her magical ring as a mark of their love. Several years later, evil starts to grow due to the absence of the ring. Onto the path of retrieving the ring, she fights the evil with her mermaid melody. Watch the anime to find out how she saves her kingdom and loved ones. 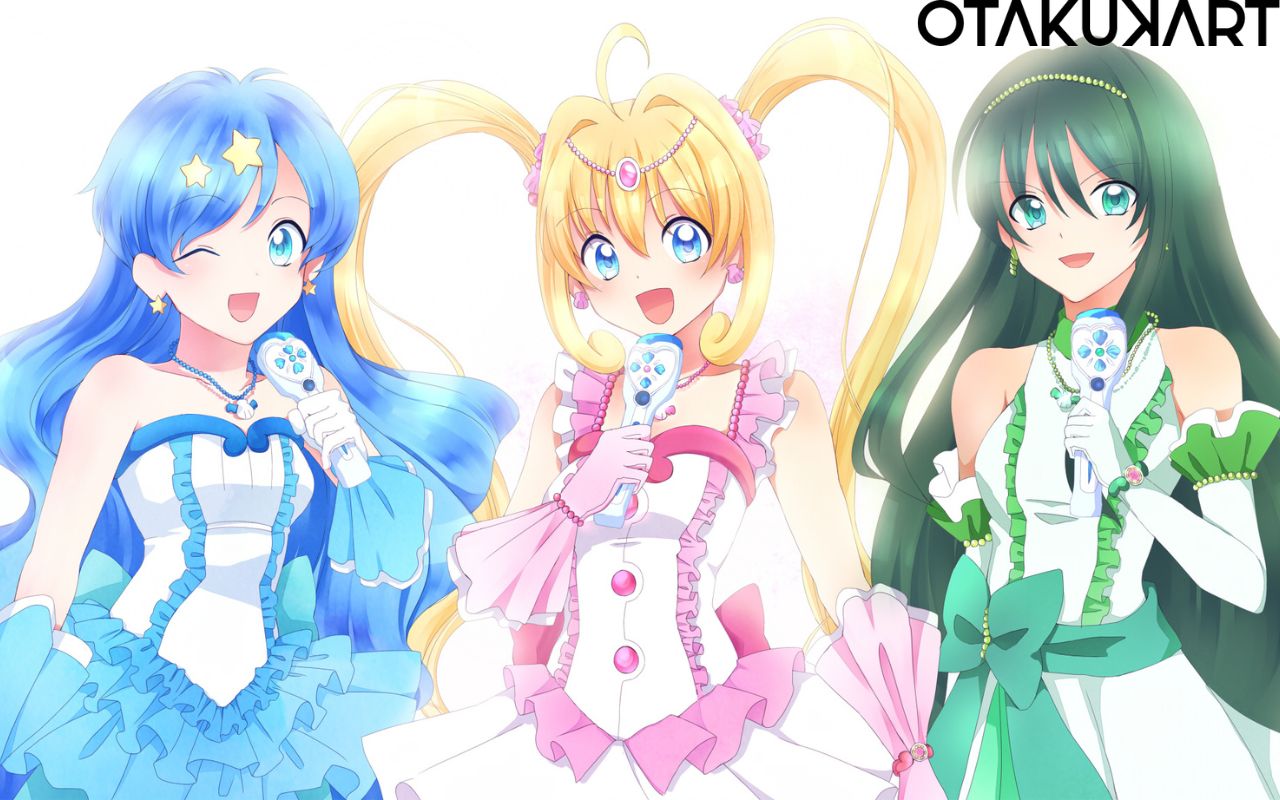 Apart from the herd, Mermaid forest falls under the category of horror and adventure. An epic from 1991 sets a legend from the beginning that one can achieve immortality by feeding the mermaid’s flesh. The protagonist, Yuta, is roaming around the lands for more than 500 years to find the cure for this immortality curse and peaceful, full death. Long ago, accidentally consuming a mermaid’s flesh, he was granted this sweet poison called immortality. Join up Yuta on his adventure to his last breath.

The story of a boy who comes to a small village from a city like Tokyo and not being very happy about it. Kai is interested in writing songs and playing instruments, he joined a music club with his friends. On one of the practice performances on an island, they meet Lu, a mermaid. Lu has an adorable voice and the ability to make everyone dance to her song. Lu and Kai come close and become good friends and start feeling good. Watching their bonding and liking toward music and melodies is a great experience to watch. 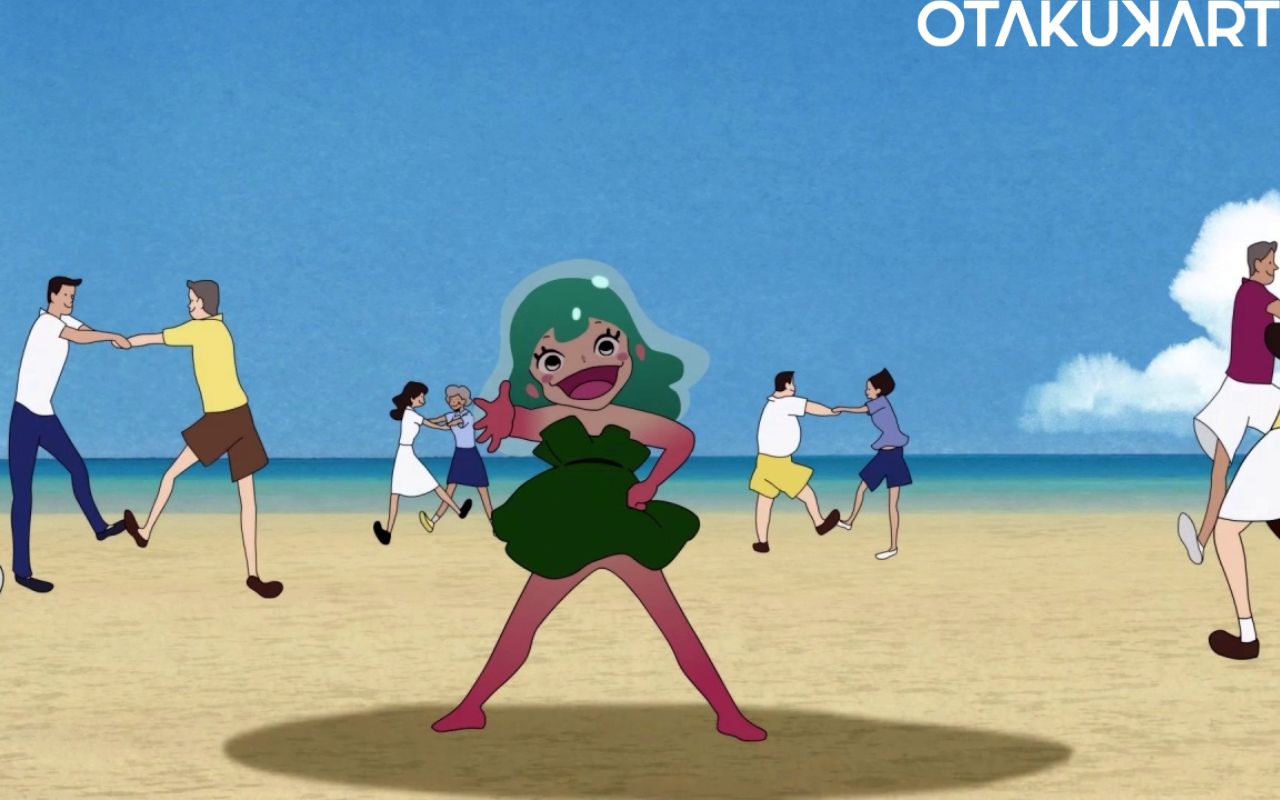 Lu on the beach

Adventures of two cute mermaid sisters, or as the title translates, the story of the sea. Marin and Urin, two mermaids, found a precious ring at the bottom of the sea. With the act of pure kind-heartedness, they strive to return the ring to its actual owner. Followed by the sisters going to the sky world to the ring’s legit owner. Anime full of hotties and action never fails to impress the viewers. There are many factors vouching for this anime to be the most popular mermaid anime, but their looks are the prominent one. 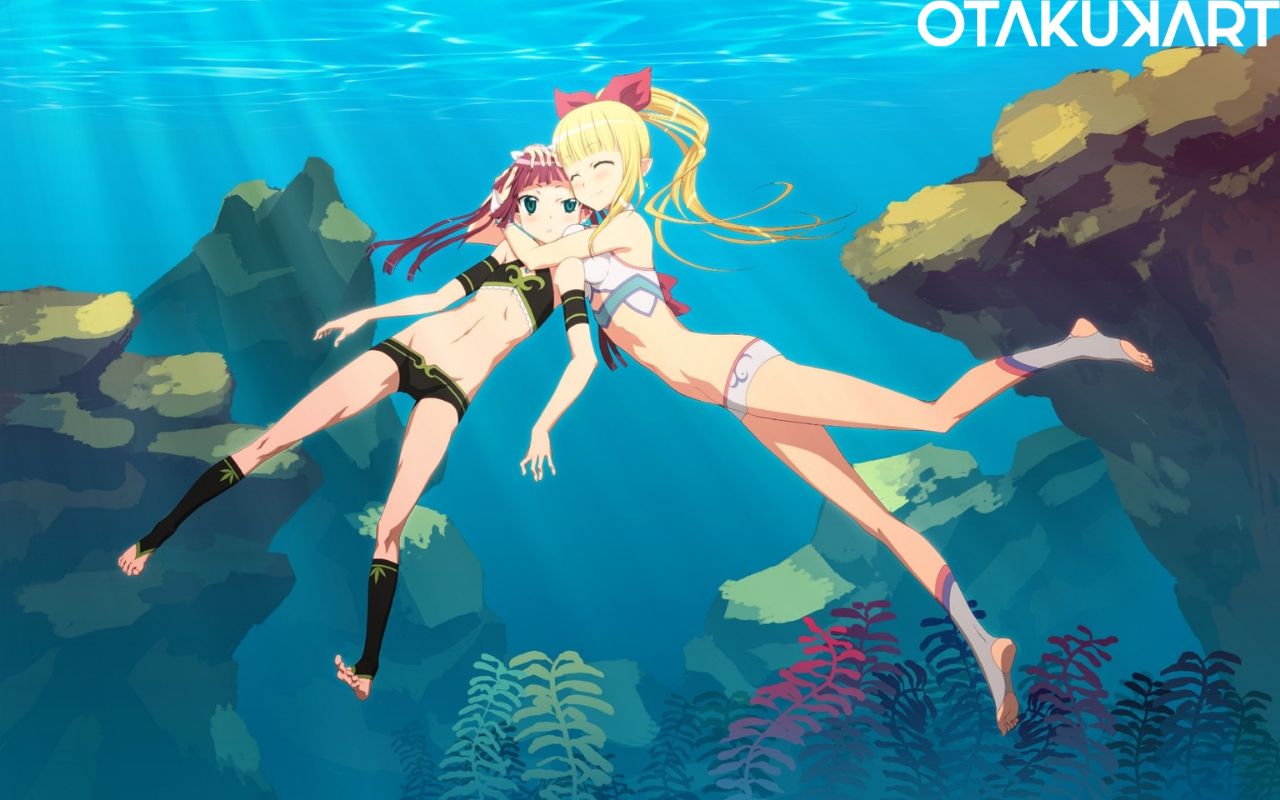 Last but not least, Muromi. One of the funniest series on the list with the comedic duo Takurō Mukōjima the protagonist, and Muromi, a mermaid. Takuro is a young fisherman who caught Muromi, a blank brain mermaid with quite a temper. Despite having the look of a 16-year-old girl, the muromi is what they described as a legendary creature. The show is interesting to watch with light-hearted comedy and nothing more. 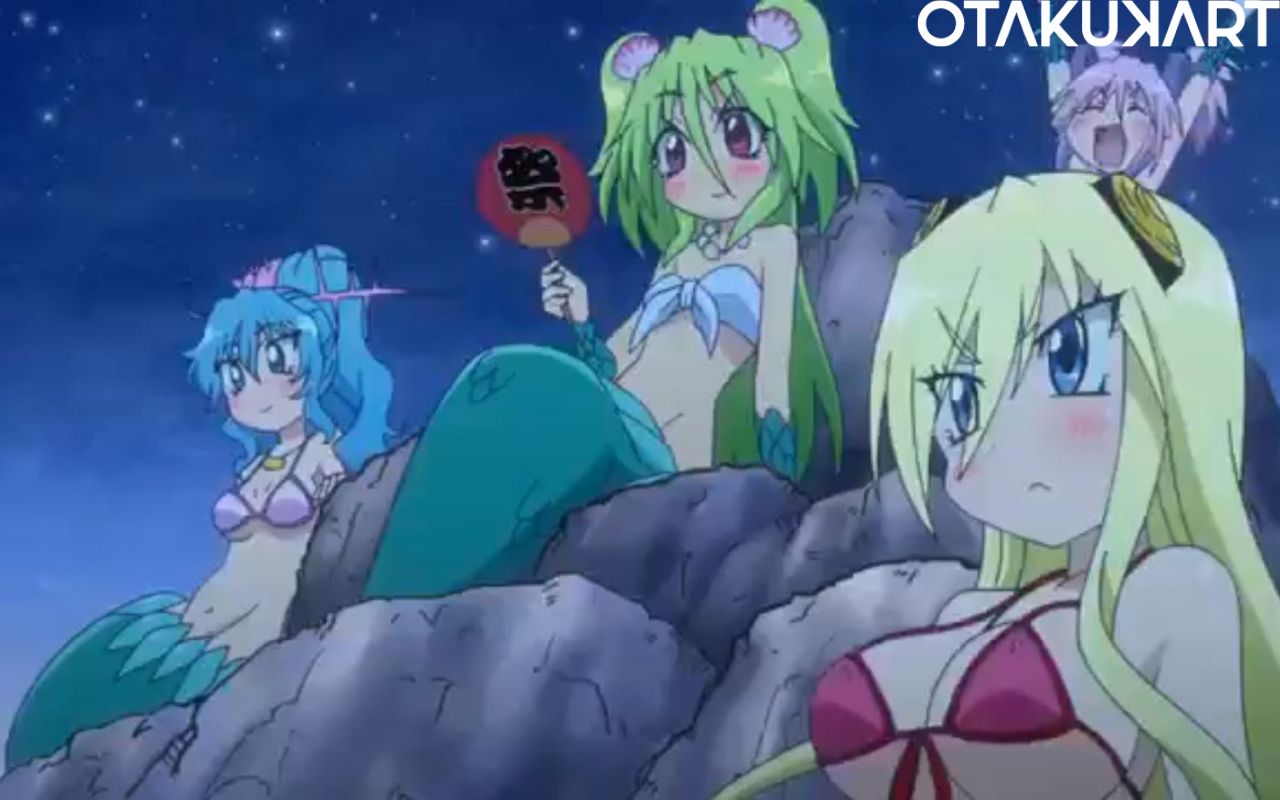 There are sure many mermaid anime that can’t take their place on this list but were sure worth watching, like Valkyrie Drive Mermaid and many more. So many new anime are also released every year, and we have an eye on every one of them. We will let you know if any more legendary or iconic mermaid anime pops up, until then, enjoy the anime recommended. Also, do check the Review of the live-action remake of the little mermaid. See you next time!