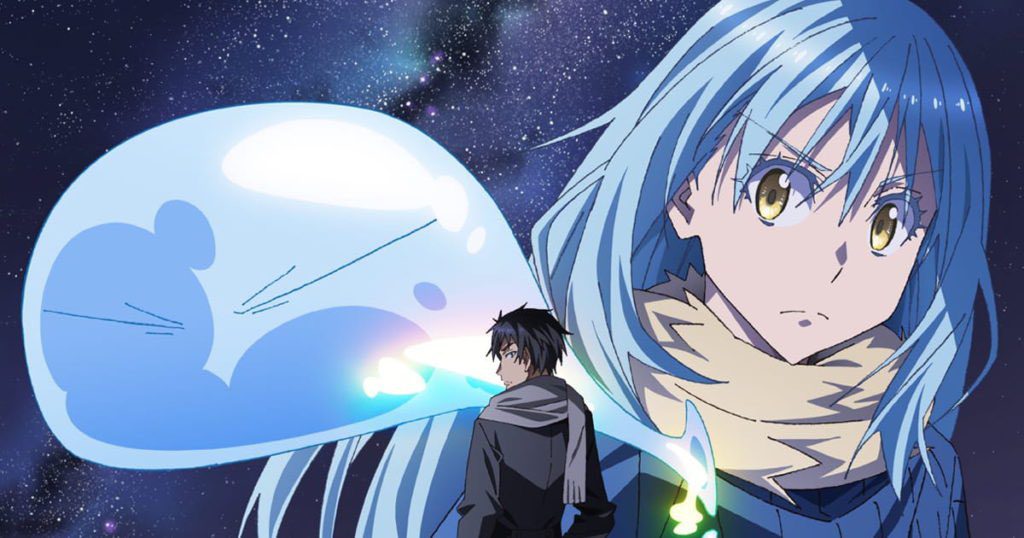 Here, we present to you a listicle of anime similar to That Time I Got Reincarnated As a Slime, which is a great series in itself, but other shows have also managed to stand out from the crowd. To the joy of viewers, these anime either offer a fresh take on an already worn genre or just embrace classic clichés with open arms.

There are hundreds of anime that follow the fundamental isekai model, and while the idea may come off as repetitive and dull if done wrong, however, lots of new anime add a fresh twist to proceedings or contain new components that make them worthwhile. The Isekai anime genre has surged in popularity in recent years, and a flood of anime has entered the market to meet the demand. The stories are usually about learning to adapt to a completely new environment and feature ordinary folks who are transferred to fantasy worlds.

1. How Not To Summon A Demon Lord

How Not To Summon A Demon Lord begins with the story of two girls, Rem and Shera, performing a ceremony to enslave a demon. They have no idea that the monster they’ve summoned is actually Takuma Sakamoto, a person. Takuma, who is socially uncomfortable, manages to turn the tables on Rem and Shera and bonds them to his servitude. 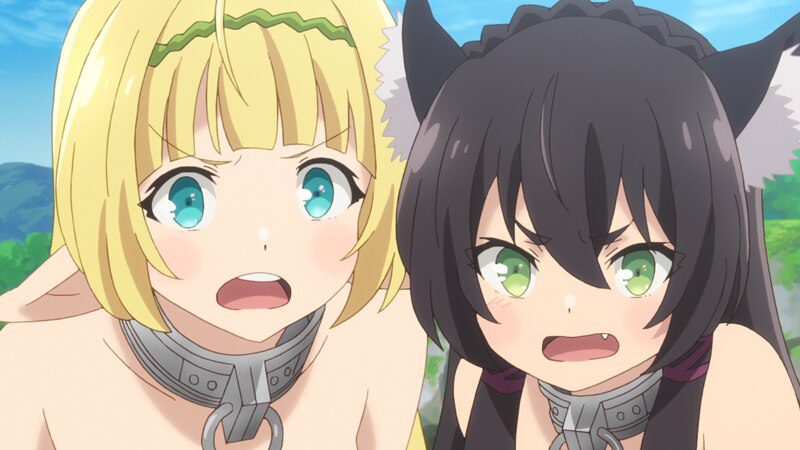 Takuma chooses to enjoy his role as the Demon Lord Diablo and the bizarre circumstances he now calls home rather than reveal his true identity. The group then sets out to figure out how Rem and Shera can break their contract with Takuma and stop serving the “Demon Lord” they summoned inadvertently.

2. In Another World With My Smartphone

God accidentally kills Touya Mochizuki in In Another World with My Smartphone. To make amends, he allows him to resurrect in a different universe. However, because Touya is unable to return to his native planet, he makes one request: he be allowed to have his smartphone with him. God allows the phone to work in this new universe, in addition to enhancing his physical, mental, and even magical skills. Touya travels the world, making new friends and meeting high-ranking people while assisting in the resolution of everything from minor requests to major political problems. 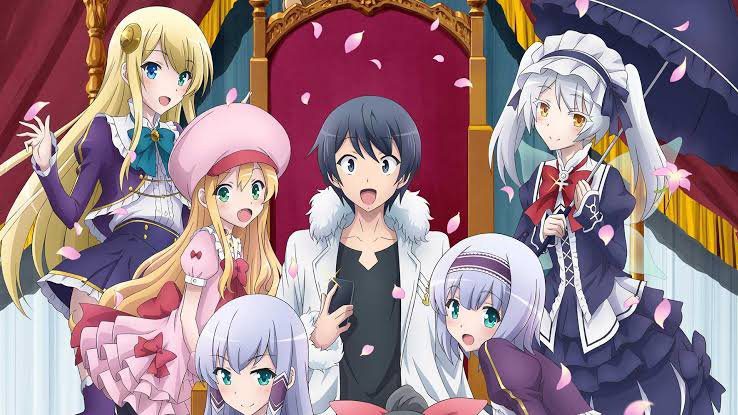 We’re spoiled for choice these days, with so many isekai stories being adapted into anime, and In Another World With My Smartphone might not be your favorite of the genre. However, it is nonetheless entertaining in itself as a show with a lovable group of characters, and, despite its flaws, the show does what it sets out to do and is actually fascinating to watch. So you should definitely check it out.

Kazuma Satou dies early in KonoSuba and is given the option of continuing on to heaven or being reincarnated into a new planet that is parallel to his own but incorporates aspects of an MMORPG. He inevitably selects the latter and is then put into a fantasy realm in which he is constantly pressured to confront the Demon King.

Other adventurers accompany Kazuma on his voyage, including the mage Megumin and the crusader Darkness. Kazuma and his dysfunctional crew muddle through as best they can, and the subsequent exploits are thrilling and entertaining in equal measure. 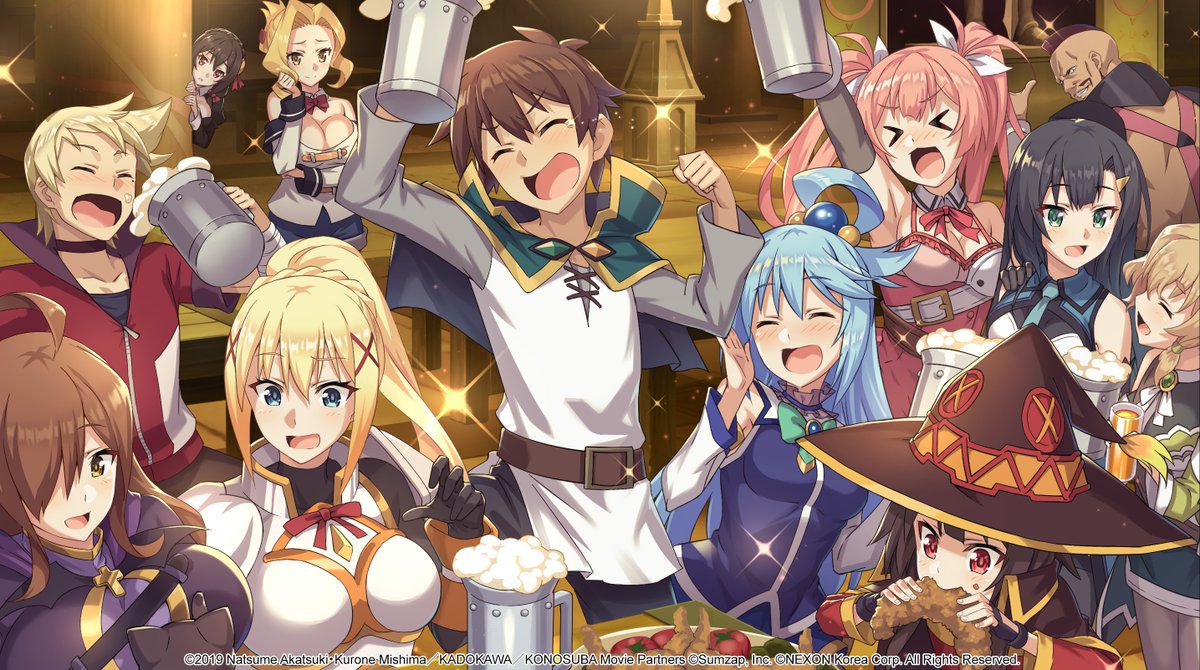 4. RE: Zero – Starting Life In Another World

Natsuki Subaru of RE: Zero – Starting Life In Another World is not transferred into a new world through a computer game or after being hit by a truck, unlike most Isekai protagonists. Natsuki, on the other hand, gets teleported completely at random—and, to make matters worse, he has no particular abilities in this new universe. He instantly befriends Satella, a half-elf, and her companion Puck and agrees to assist them in recovering a stolen insignia. 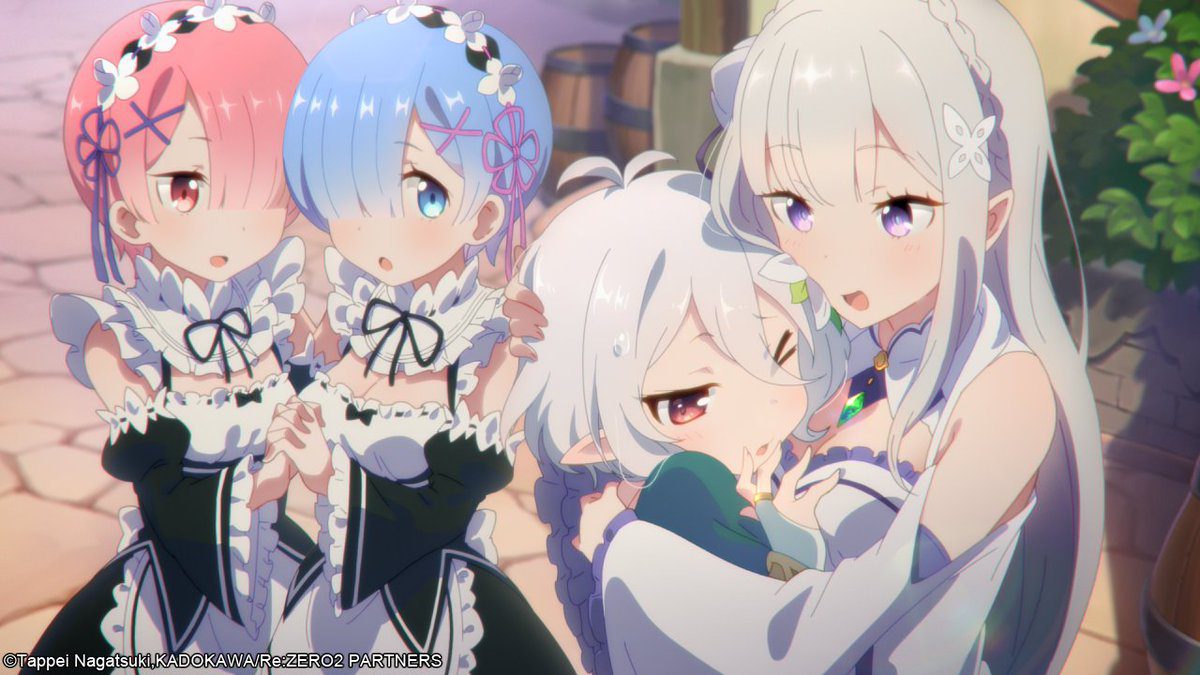 RE: Zero – Starting Life In Another World

Satoru wakes up in his bed after they are slain and immediately finds that every time he dies, he is given a new life and the chance to save himself and his companions. The series is a mix of Groundhog Day and dark fantasy, and it’s a unique take on the reincarnation genre.

No Game No Life introduces fans to a new group of unlucky players who are unexpectedly taken inside a game. Sora and Shiro are reclusive shut-ins who game nonstop, but that all changes when the God of Games, Tet, challenges them to a game of chess. They are then transferred to Disboard, a place where conflict is resolved through games. 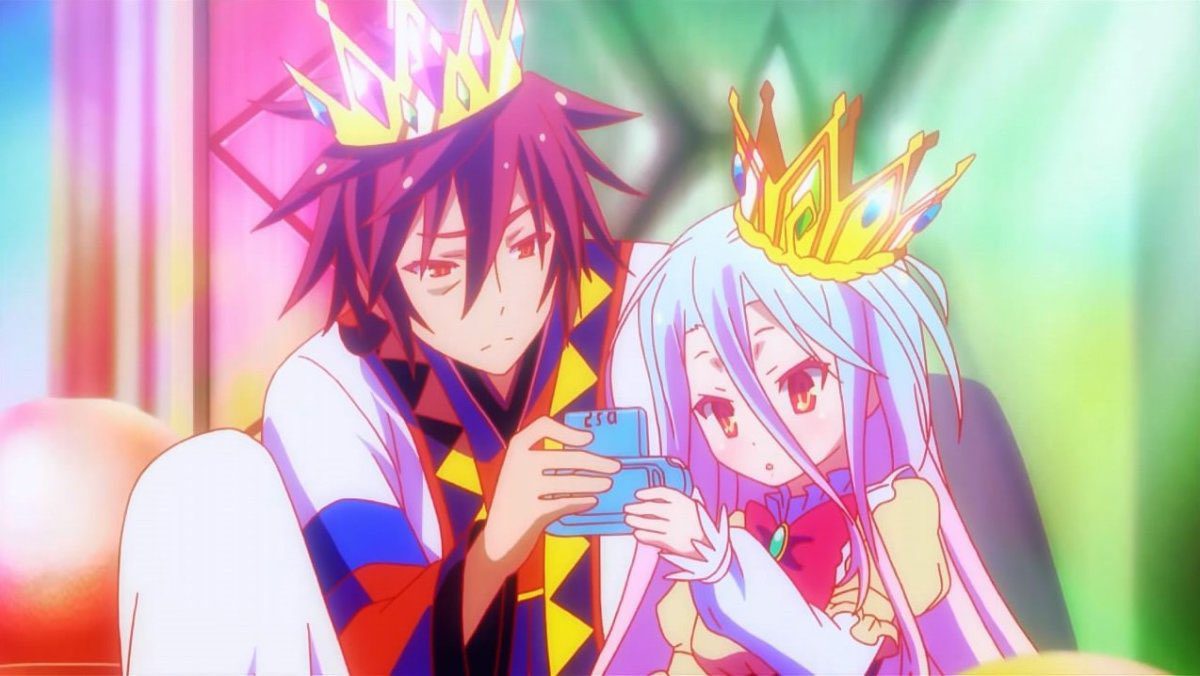 The games are high-stakes, and Sora and Shiro rapidly learn that the games on Disboard are far more realistic than anything they’ve ever played before. Sora and Shiro, as expected, rapidly adjust to their new surroundings and set out to defeat Tet and become the rulers of Disboard.

One of the most recent Isekai titles is quickly establishing itself as one of the greatest. So, I’m a Spider, So What? relies heavily on the genre’s strongest clichés and aims to break the fourth wall as much as possible. The protagonist is a high school student who is reincarnated as a low-level spider monster in the bottom of a dungeon packed with deadly creatures in a fantasy realm after being killed in an explosion. 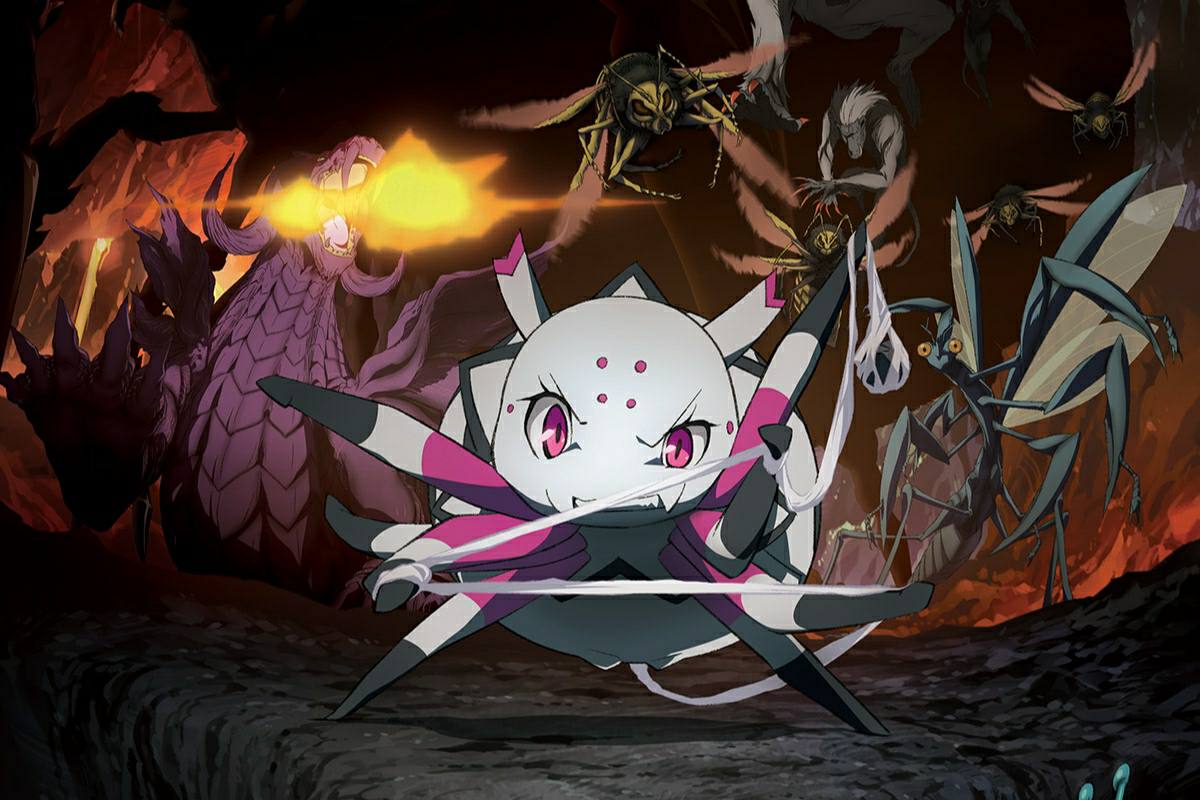 Throughout the game, the unnamed spider fights to level up, becoming increasingly powerful as her peers participate in a massive political power struggle around her. It’s amusing, cartoonish, and full of great fights, and it’s a must-see for Isekai anime aficionados.

A virtual reality MMORPG is released in the far future of 2022, and it takes Japan by storm. Millions of people join the game’s virtual world, but there’s a twist: the game’s designer locks every player within, holding them captive until someone completes all 100 levels. The stakes are high, as in-game termination leads to real-life death, and Kirito must organize a team of heroes to rescue the day. 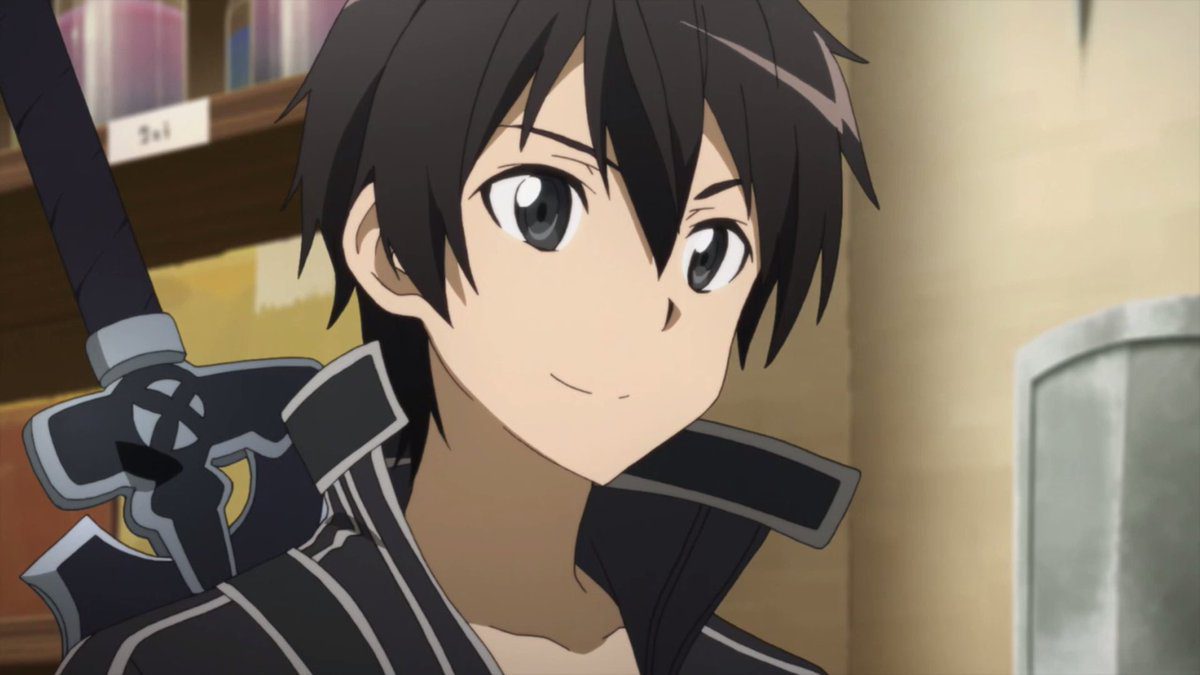 Sword Art Online is one of the most important anime series of the last decade, and anime enthusiasts of any caliber should give it a try, even if it is trope-filled and overly silly at times.

After years of being kept in the shadows, the Japan of Monster Musume: Everyday Life with Monster Girls’ world, has finally permitted mythological creatures to live among humans. Programs like the Interspecies Cultural Exchange Act are crucial in helping these animals to coexist peacefully with humans. Despite the fact that Kimihito Kurusu did not sign up to be one of the human hosts, he was unable to refuse a lost exchange student called Miia, who came upon his doorstep by chance. 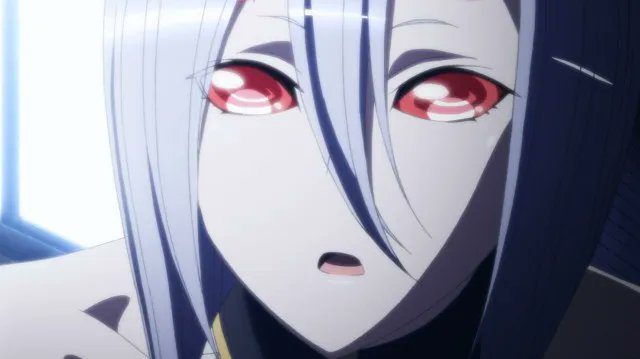 9. My Next Life As A Villainess: All Routes Lead To Doom

Catarina Claes had a regular life until a slight mishap brought back memories of her previous existence. She was previously a video game-obsessed outcast who was resurrected as a villain in a dating sim for women. Catarina recognizes that she is doomed to fail and does everything she can to defy the system and establish her own path.

My Next Life As A Villainess is a shojo series that is as soft as it is safe, but those who love a simple and sweet Isekai offering will certainly not want to pass it up. My Next Life As A Villainess: All Routes Lead To Doom, although it is intended for fans of reverse harems and otome games, its compelling characters and entertaining plot, as well as its lighthearted writing style, make it a fantastic fit for anybody looking for a romantic comedy. Katarina’s amorous obliviousness works considerably better than that of many other characters in previous stories, and the use of various narrators – especially giving us the same scene from two different views – makes this a very enjoyable series. 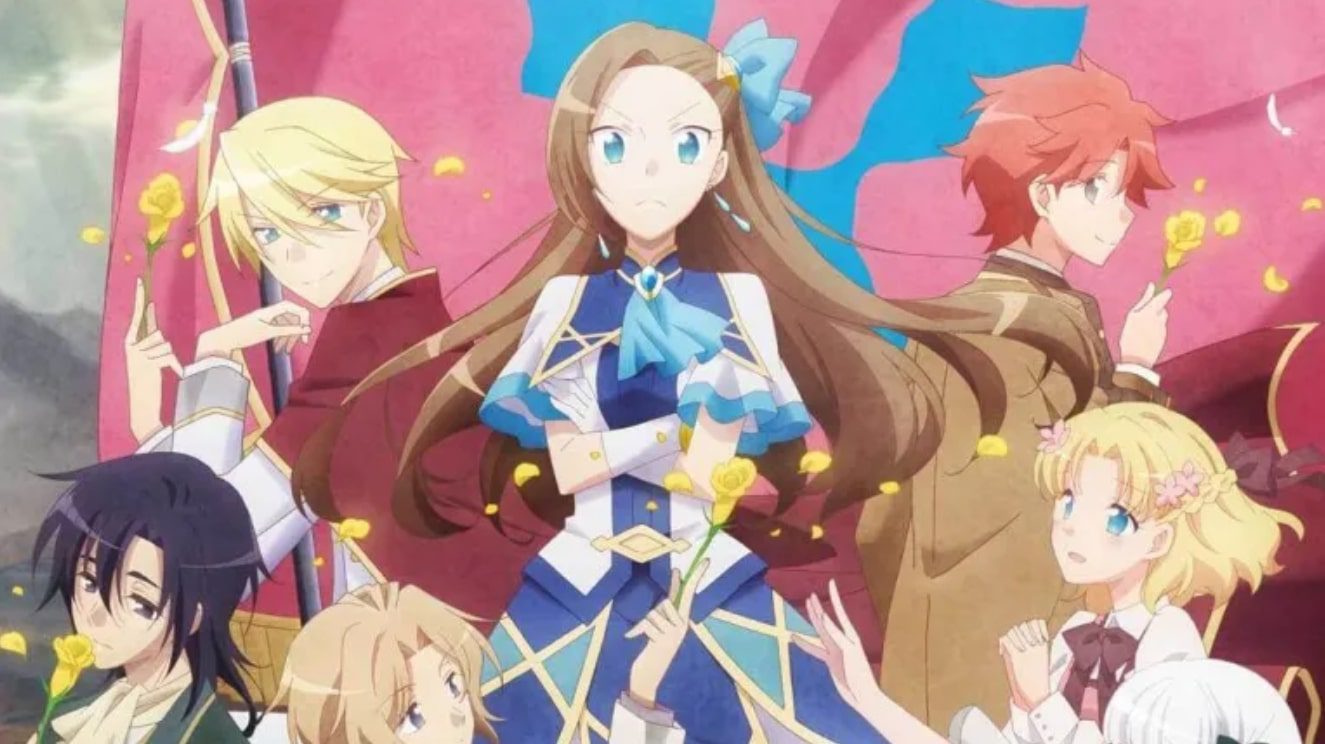 My Next Life As a Villainess: All Routes Lead To Doom

10. The Rising Of A Shield Hero

Following the treachery of one of his colleagues, Naofumi Iwatani is invited to another world to assist and defend it from invaders known as Waves. He must redeem his reputation while safeguarding the inhabitants. With only a single shield at his disposal, Naofumi’s journey to becoming a hero is perilous and tough, but with the support of a few allies, he may be able to save the world and reclaim his honor.

The Rising Of The Shield Hero effectively demonstrates how having that one person who believes in you trusts you, and supports you can make a huge difference. Having that support can give a person the incentive to keep living, protect them from sliding into despair, and even help them reclaim their sense of purpose and happiness. 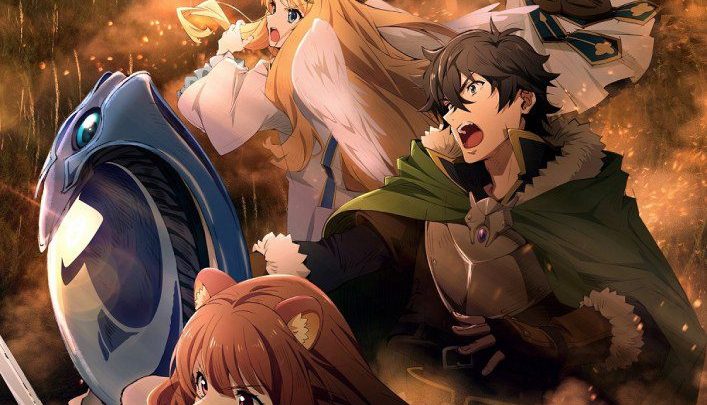 The Rising Of A Shield Hero

Though it first garnered popularity in the West due to its controversial subject matter, The Rising of a Shield Hero has since developed a devoted following, and lovers of That Time I Got Reincarnated As A Slime will undoubtedly like it.

Also Read: Anime Similar To Gokushufudou That You Should Watch