Here we will know Amanda Holden’s dating history. What do we know about Amanda Holden’s past relationship? Who is she married to currently, and how many kids does she have? Amanda Holden is an actress and a media personality. She is best known as a judge on the most-watched television show, Britain’s Got Talent on ITV. She also appeared in so many other shows as an actor as well such as The Grimleys, Kiss Me, Kate, Cutting It, Wild at Heart, Give a Pet a Home, and many more.

Moreover, she was also nominated for Laurence Olivier Award in 2004. Besides, Amanda also released her autobiography book titled No Holding Back. Now when we talk about her personal life, let me tell you her personal life is as exciting as her professional life.

As far as we know, she is living her best life and achieving heights in her career as well. And we all know that when a celebrity got famous, it becomes obvious for fans to question their personal life, especially their love life. The same goes with Amanda, fans are always curious to know all her past relationships and current relationship status.

Now it’s finally time to reveal the most asked question about Amanda Holden. That is about Amanda Holden’s dating history. We are now going to talk about all Amanda’s ex-boyfriends and partners. Further, we will also reveal her current relationship status.

Well, let me tell you, Amanda has dated quite a few high-profile men. But not many of her ex-boyfriends are known to everyone. We also know a couple of men Amanda has dated before. Les Dennis is one of them. Les Dennis is a television presenter, actor, and comedian. He is best known as a presenter in Family Fortunes. He is also known for his role in Celebrity Big Brother. Besides that, Les and Amanda met for the first time in 1994. And it was Amanda’s first official relationship which she also revealed to the media. And Amanda and Les dated for almost a year. 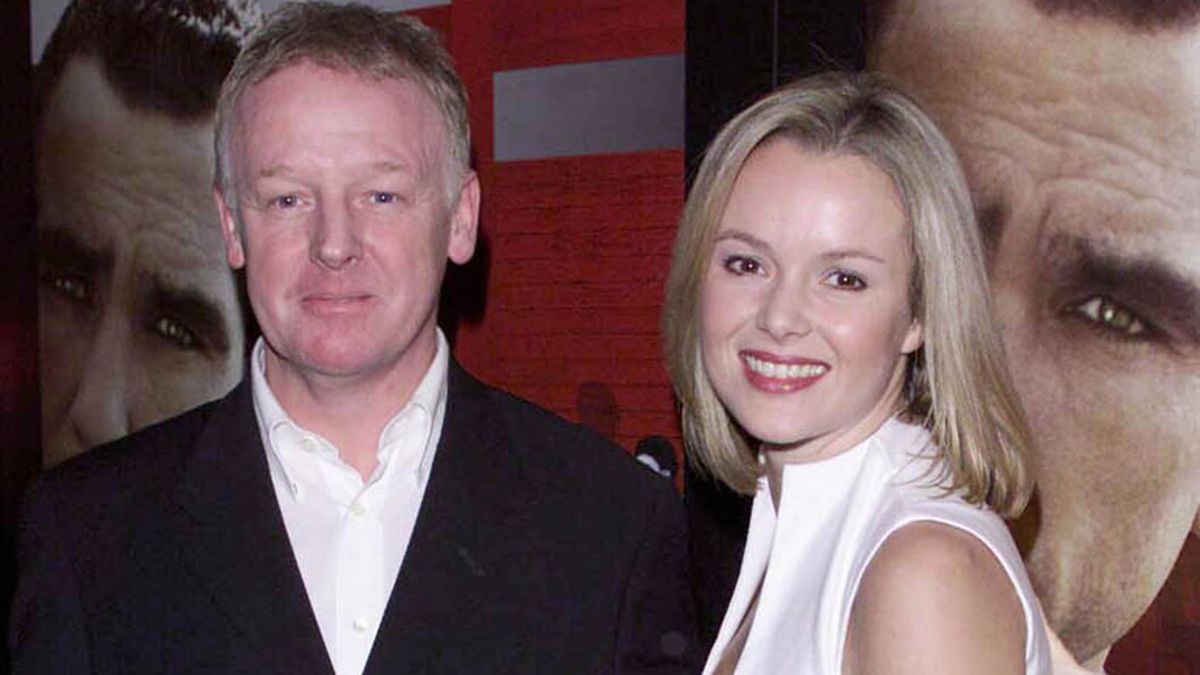 After dating for 1 year, the couple decided to take their relationship forward. And in June 1995 couple finally announced their marriage. After announcing their marriage, Les and Amanda became the most trending couple of that time. Fans got so excited to know their further plans and started questioning when are they planning to have kids. But they were not ready to have kids back then.

Later after spending decades with each other, the couple decided to split up. And in 2000, the couple had a temporary separation. Later after two years, in November 2003, they finally announced their divorce. And during that period, Amanda found out about an affair before her divorce from Les. Come, let’s have a look at her affair also.

When the media found out the reason why Amanda and Les got separated, everyone got shocked to know the reason. Let me tell you, Amanda was having a marital affair with Neil Morrissey while she was married to Les. And when Les gets to know about her affair with Neil, he chooses to split up. But her affair with Neil didn’t last long, after dating for 2 years, she decided to split up with Neil in 2002 again. And during that time, Amanda also revealed a bitter truth about her personal life that she was sexually assaulted by a famous comedian once.

After getting a divorce from her first husband, Les Dennis, Amanda was spotted with Chris Hughes. Chris Hughes is a record producer, songwriter, and drummer. He is best known as Merrick. When fans spotted Amanda with Chris, they started rumoring about their relationship. That there is some love angle between them because they seem so close to each other. Later the couple itself revealed to the media that they were officially dating. And after dating for a year, they got engaged. Later in 2008, the couple announced their wedding. Amanda Holden enjoys a vacation with her husband, Chris Hughes, and daughters.

Before they got married, in 2006, she gave birth to a baby girl, and the father of the girl was Chris. And after two years of marriage, she again got pregnant. And this time she was carrying a baby boy, but unfortunately, in 2011, she lost her son. Later after so many complications in pregnancy, in 2012, she again gave birth to her second daughter. And currently, she is living her best life with her husband, Chris, and her two daughters. We wish them all the good luck for her future.

This was it all about Amanda Holden’s dating history and current relationship status.