A scene from the movie 'Couples Retreat'

One of the most respected actors, Vince Vaughn, is known for his comedic timing. Throughout his career, he entertained the audience by delivering comedic gems such as “the internship,” “the breakup,” “wedding crashers,” and many more. Couples Retreat, on the other hand, is majorly regarded as his worst film. “Couples Retreat” scored badly both on the critics’ scale and in audience ratings. Couples Retreat has only made the headlines for the gorgeous locations it was filmed in.

Jason and Cynthia, who are seeking marriage counseling, go for a vacation at a therapeutic resort. This comedy unfolds as they, along with the other three couples, travel to a tropical island resort. The others enjoy the jet ski and the spas and spend time sunbathing while one of the pairs is focusing on working on their marriage and resolving their marital problems. They quickly learn that taking advantage of the resort’s couples’ treatment is a requirement. Their vacation at the group rate now has a cost. What follows is a funny look at issues that all couples encounter in the real world.

Vince Vaughn and Malin play Dave and Ronnie, respectively. A couple whose relationship appears to be happy, both parties are aware that Dave frequently pushes Ronnie’s boundaries emotionally and denies her demands because of his demanding job. High school couple Joey and Lucy Tanzini are played by Jon Favreau and Kristin Davis. Jon and Kristin are thinking about divorcing as soon as their daughter leaves for college because they feel that they got married early in life. We see Jean Reno In the role of Marcel, the resort’s chief therapist and founder. 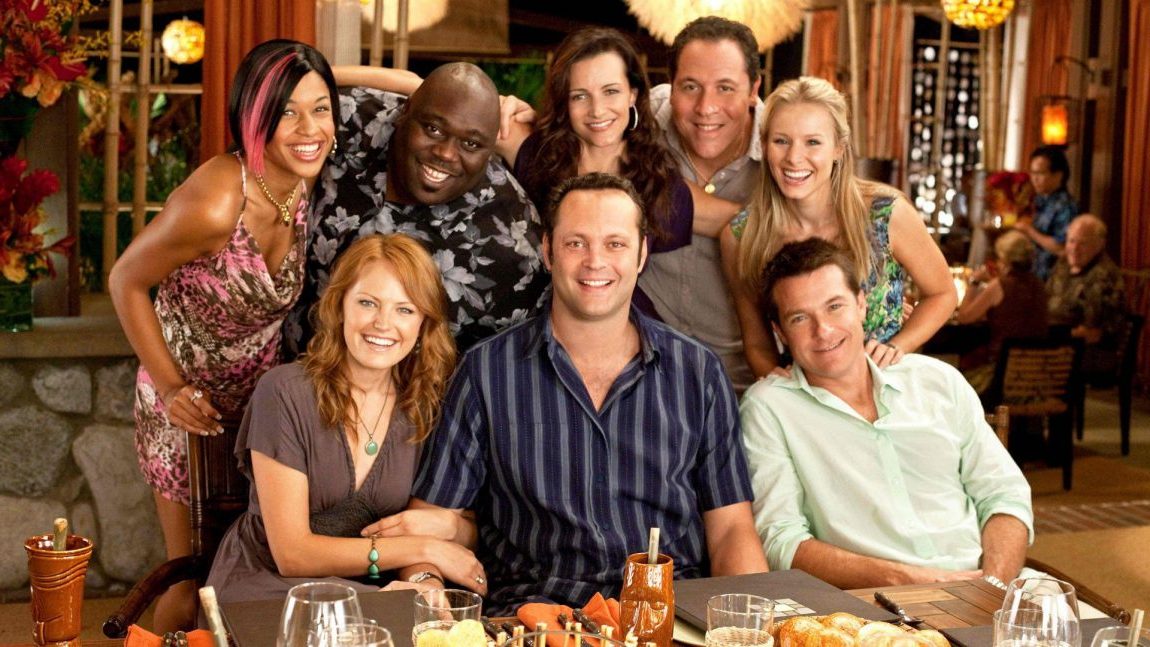 The whole cast of Couples Retreat

Jason Bateman and Kristen Bell star as Jason and Cynthia Smith. This couple is struggling to stay together because of Jasonn’s controlling behavior. Cynthia is also facing problems with conceiving a child. Shane and Trudy are portrayed by Faizon Love and Kali Hawk as a diametrically opposed pair. Due to their disparities in age and interests, Trudy and Shane quickly became tired of one another

The St. Regis Bora Bora Resort in Bora Bora served as the principal shooting location. The opulent St. Regis Resort served as the backdrop for almost the whole movie. This resort was addressed as “Eden East” and “Eden West” in the film. The area provides everything from jacuzzi spas to overwater villas and is bordered by fish-filled turquoise lagoons with the clearest water. The waterfall scene is, however, not real, it was staged in a studio and is not actually on the island. 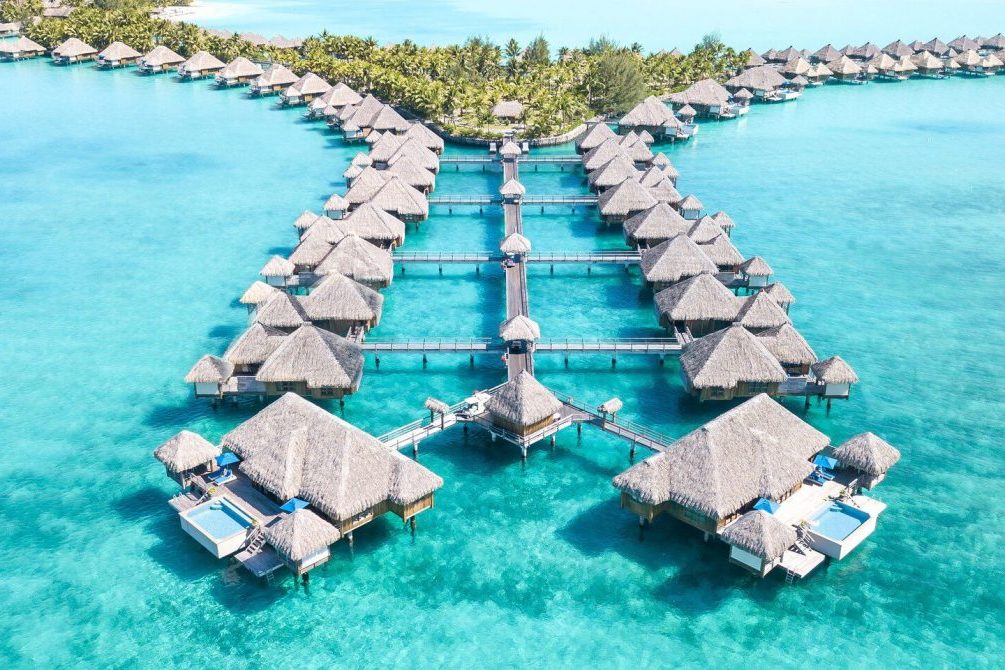 Another ‘couples retreat,’ but this time we are talking about a TV show. The plot of Diana Giggans Hill’s reality TV show Couples Retreat centers around five couples engaging in frank and unfiltered conversations with one another. The show has already completed two seasons. Since it is a reality TV series, the majority of the segments are unscripted, which entertains the audience because it is difficult to guess what the next participant will do. This resort, which has many pools and a fully-servicing marina, is situated on a peninsula in Coronado.

Why Did Sophia Bush Leave Chicago P.D? All To Know