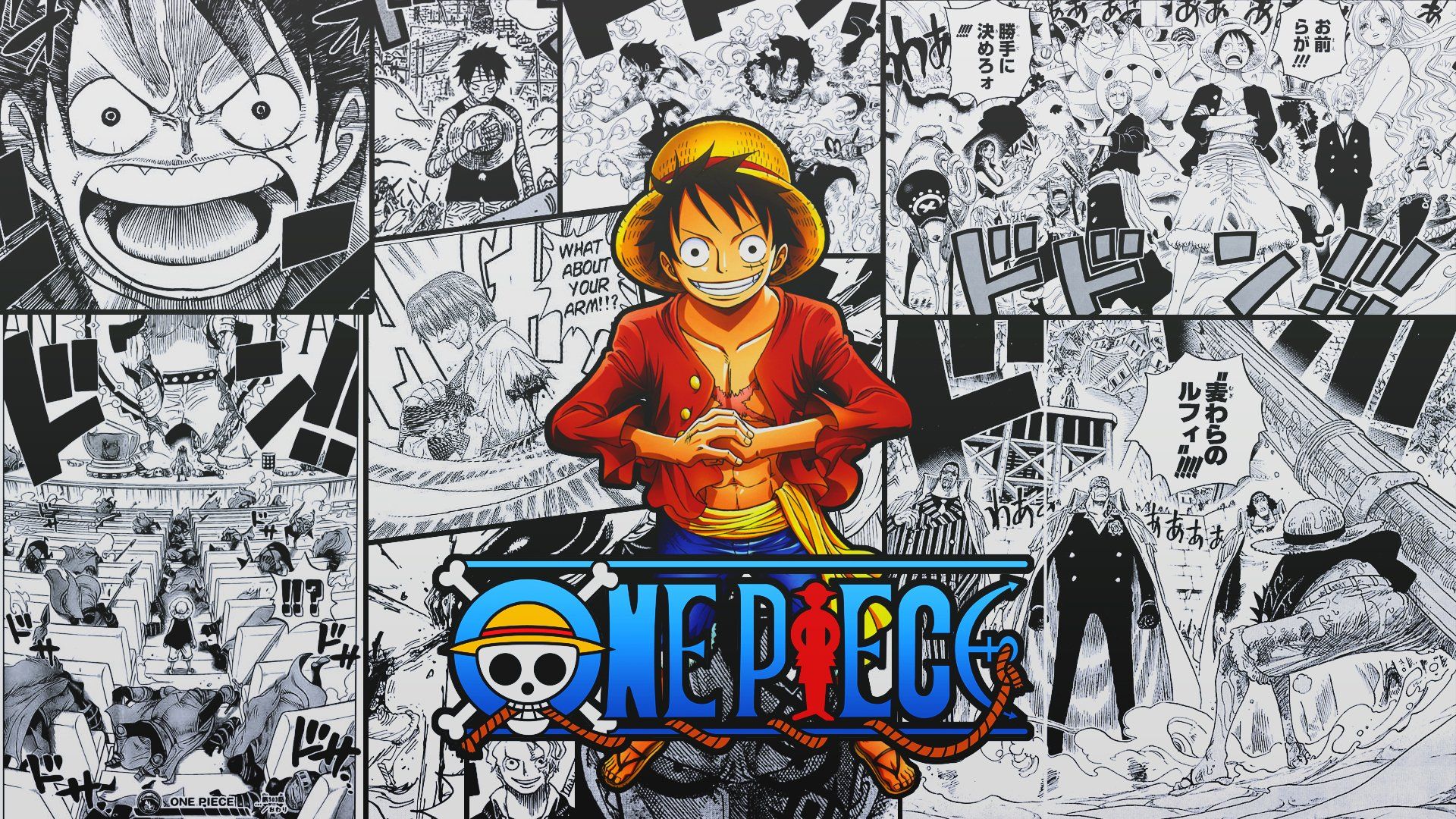 One Piece everything apart is undoubtedly one of the best, most amazing, and well-thought anime series. The reason for this is its narrative, animation, and execution of the tropes but the main reason is its characters and their arcs. The main protagonist of this series, Luffy is famous for his hard work and cluelessness. Fans just love to see him on the screen and usually hoot whenever he appears in the frame.

One Piece has won recognition for its humor, characterization, art, and storyline. It has won numerous accolades and is considered one of the top manga series of all time by critics, reviewers, and readers. Monkey D. Luffy, a young fellow composed of rubber who is the main character in the series, sets out from the East Blue Sea in search of the legendary treasure known as the One Piece in order to establish himself as the King of the Pirates.

He is motivated by his childhood hero, the ruthless pirate Red-Haired Shanks. Luffy saves and meets a pirate poacher and combatant named Roronoa Zoro in an effort to form his personal crew, the Straw Hat Pirates, and the two of them go out in pursuit of the titular treasure. A crazy for crazy wealth thief and navigator named Nami, a sniper and habitual liar named Usopp, and a twisted but gallant cook named Sanji accompany them on their adventure.

They obtain the Going Merry and start squaring off with infamous East Blue pirates on board it. Later in the show, new characters join Luffy as well as his crew as they embark on their journey together. As they travel the seas in search of their goals, they come into contact with a variety of allies and enemies.

Who is Luffy? Much More than a Rubber Man who is often Clueless

Straw Hat Luffy, often known as Monkey D. Luffy, is the main character of the animanga series One Piece. He is the leader and founding member of the notorious and formidable Straw Hat Pirates, in addition to being one of its best combatants.

Luffy, a native of Foosha Village, unintentionally consumed the Gomu Gomu no Mi at the age of seven, transforming his body into somewhat like rubber. When they first met, “Red-Haired” Shanks handed Luffy the iconic hat of his that is made of straws mainly has since become a symbol of his style. He did this as a guarantee that they would one-day cross paths again.

As well as being the adoptive son of Curly Dadan, Luffy is the pledged brother of the deceased “Fire Fist” Portgas D. Ace and Radical Chief-of-Staff Sabo and the son of the Revolutionary commander Monkey D. Dragon. He is also the grandchild of the Marine hero Monkey D. Garp.

One of the handful of individuals on the entire planet who inherits the Will of D is him. His Devil Fruit skills finally came to life during the Raid on Onigashima’s finale, giving him the Legendary power which the World Government had dreaded would resurface ever since Void Century.

Luffy has faced up against several regional and world powers, beginning with the most formidable pirates in the history of all piracy (pirate universe). Prior to the disintegration of the organization, he had also either beaten or made friends with seven of the eleven recognized previous or present Warlords. Moreover, Luffy repeatedly entered the realms of the Four Emperors and finally overcame one of them.

Due to his achievements and family history, Luffy has earned the title of “Dangerous Future Element” and received a reputation for being “irresponsible” and, in some circumstances, “crazy.” 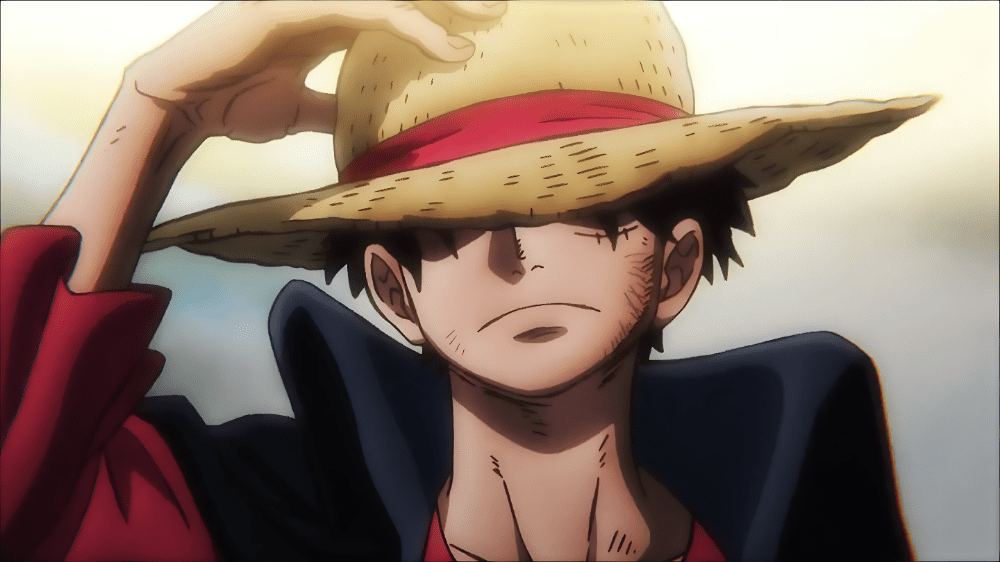 What is Luffy’s Dream?

To all the fans it may come as a surprise that Luffy’s true dream the one he has been chasing from the start deep down is to find a hot girl and get married. HAHAHAHA don’t you worry just kidding our Luffy is a sigma male. Regarding Luffy’s real dream, the most recent allusion to Luffy’s hidden aspiration is in Chapter 1000, titled “Straw Hat Luffy.”

In this chapter’s prologue, Ace has just concluded informing Yamato about Luffy’s dream and his covert plans for when he realizes it. Yamato was overcome with emotion instead of laughing, which was what he had originally anticipated. This chapter further demonstrated the similarity between Luffy and Roger’s statements.

Furthermore, there is a good chance that Luffy’s remarks in Chapter 1049 are also connected to his hidden dream. As he battled Kaido, the Emperor questioned the Straw Hat captain about the kind of world he intended to create. He just declared, “I’ll create an environment where my pals can enjoy as much meat as they want!” in response. 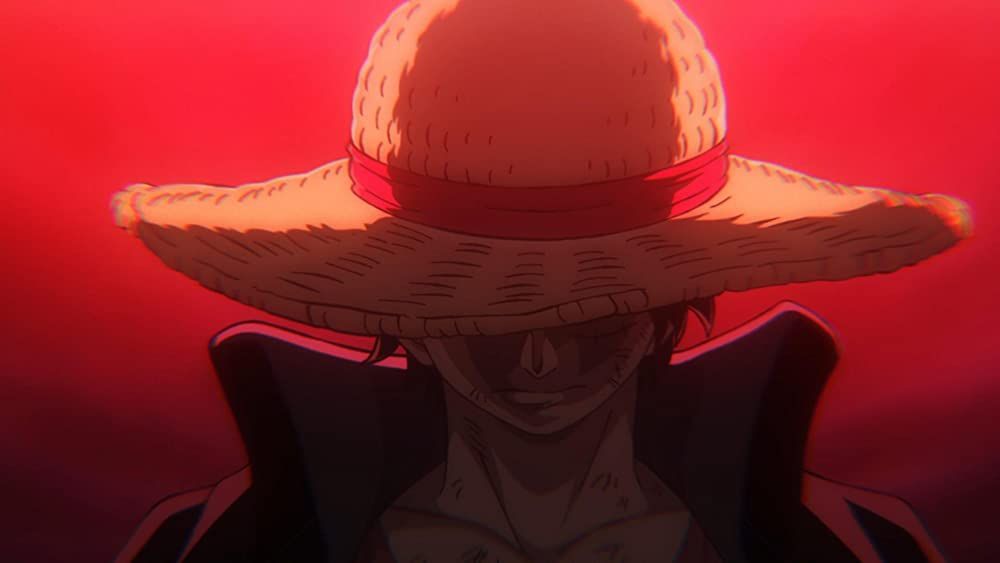 Straw Hat Luffy! The Man Who Will Become the King of the Pirates!

On the surface, it seems that these phrases’ meaning is clear. All through the Straw Hat Pirates’ stay in Wano, the inhabitants of the nation have been depicted as famished and destitute. But Tama eating just one rice bowl a year while never trying oshiruko makes Luffy very enraged. He is also aware that expelling Kaid and the Beast Pirates from Wano will go long way toward guaranteeing that individuals like Tama will have access to better food. It would therefore make sense if Luffy’s declaration was also his hidden wish in the larger One Piece story.

The adventurer and the foodie are the Straw Hat captain’s two greatest loves in life. The latter passion has been a recurring theme throughout the series, despite the fact that it rarely pertains to the plot. Therefore, it might be the solution to the riddle that is, in this case, right in front of us. 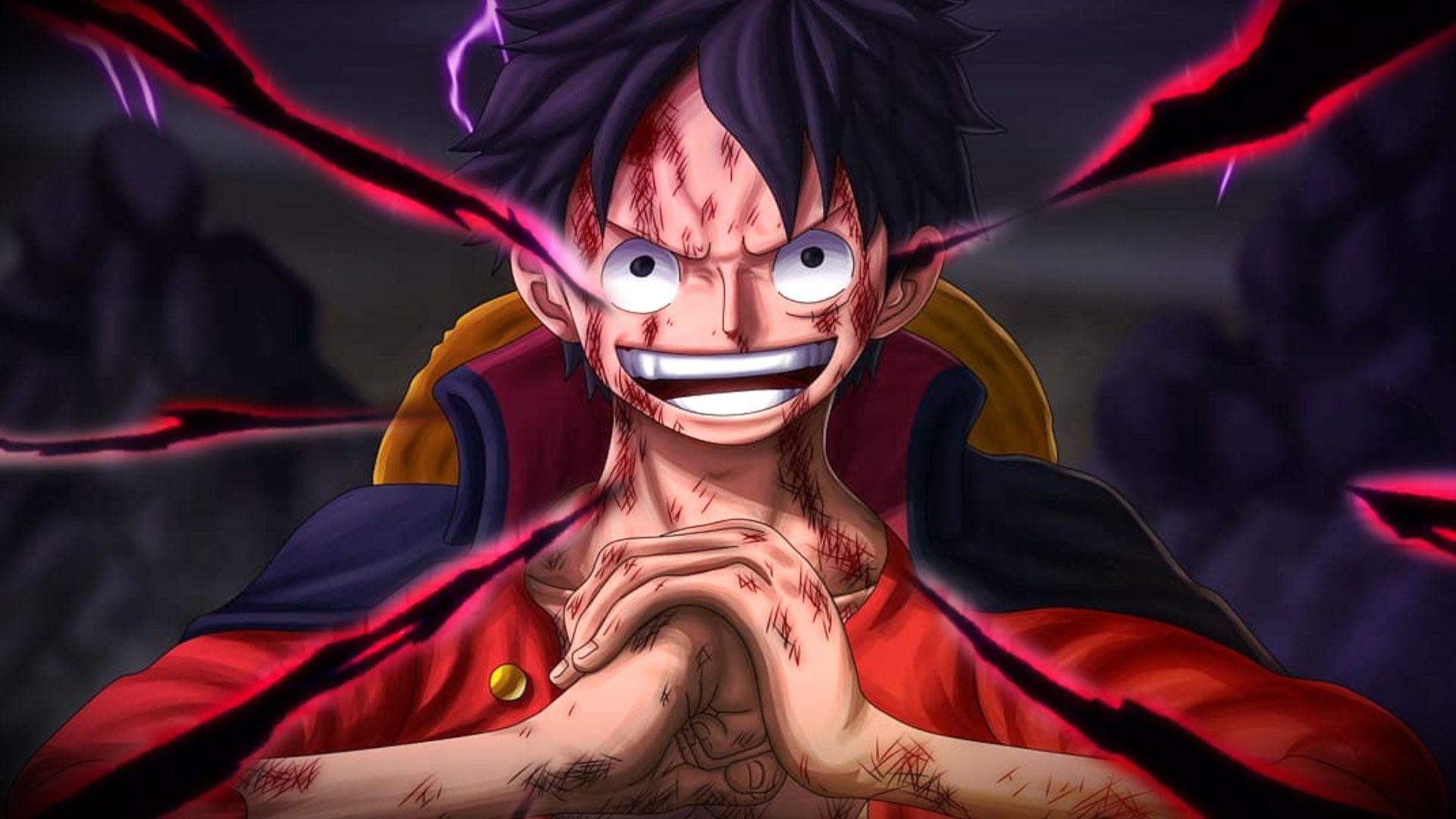 It would also fit with Luffy’s idealism if he had a fantasy of living in an environment where all of his pals could eat to their hearts’ content. Furthermore, this objective is about as plausible as an East Blue youngster discovering the One Piece and rising to the position of Pirate King. Some people may, however, hold alternative views and be prone to label these objectives as impossibilities

Things You Must Keep in Mind About Luffy’s True Dream

The response from Ace and Sabo makes sense because they initially found the dream to be absurd and laughed. But because he was Luffy, they were prepared to have faith in him. That’s because even though the dream is idealistic, it is still possible to achieve.

Even if it meant risking their lives, they were prepared to defend Luffy’s freedom to pursue his secret desire. Additionally, it would clarify Ace’s statement after accidentally telling Yamato about the hidden dream. This is the series’ emotional zenith as well. In chapter 1049, Kaido and Luffy also discussed their plans to alter the course of history.

Therefore, it is very logical to use the tense atmosphere surrounding the Wano Arc’s climax to your advantage and drop such a huge bombshell. The Wano Arc contained at least 2 other references to the real dream. Therefore, timing the disclosure now could also be appropriate.

It’s uncommon to have two allusions within the same arc since they typically occur at different points in other arcs. Both may have been included in this arc as a way to set up the climactic revelation of Luffy’s dream. The act of overthrowing an Emperor of the Sea was also one of the best opportunities to state a goal. 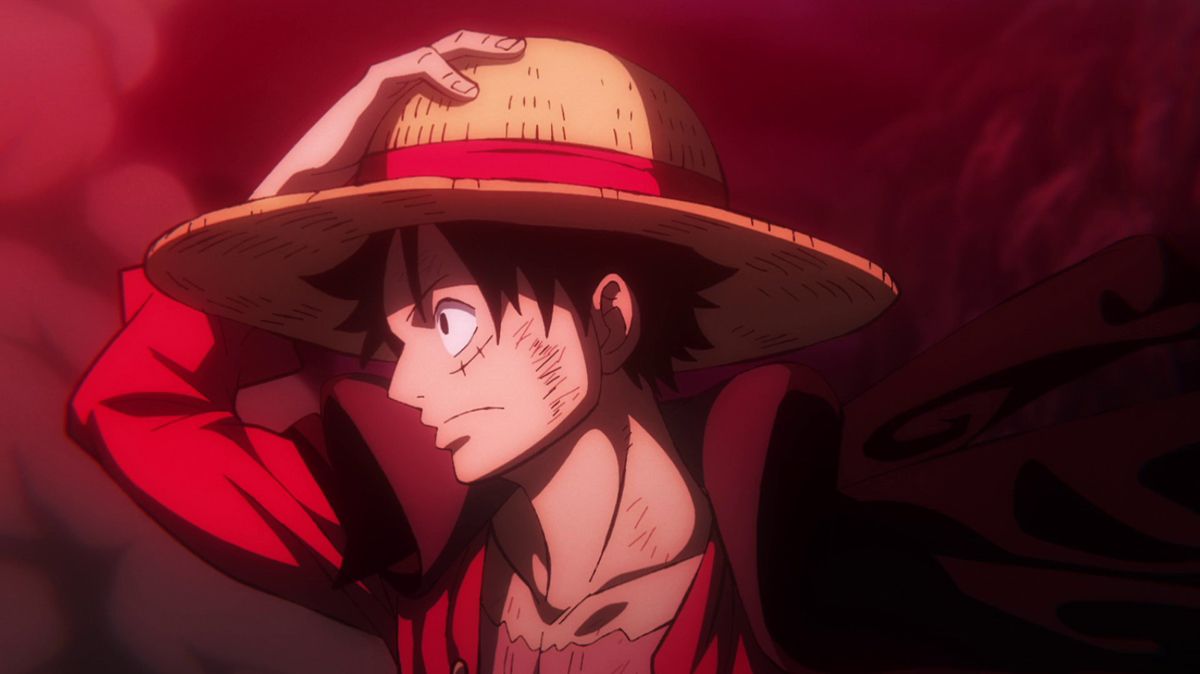 The dialogue involving Ace and Yamato was subsequently animated, therefore its reappearance could count as a third seed in place of the two that were already included in this arc. At this point, when the suspense is at its height, Luffy’s real dream may have also been discussed.

One thing you should keep in mind is that it’s necessary to take into account any arguments that might be made to argue that Luffy’s assertion doesn’t apply to his genuine dream. A major revelation can be made at any time, not just at the end of a significant conflict.

Furthermore, one of these monumental occasions may easily overshadow the other. The viewing public can only be enthusiastic about so many things at once. Well, given how long Luffy’s genuine dream has been promoted, it might be best to delay its reveal for a time more of its own.

Also Read: Where to Watch One Piece Dubbed? All Sites That You Should Know