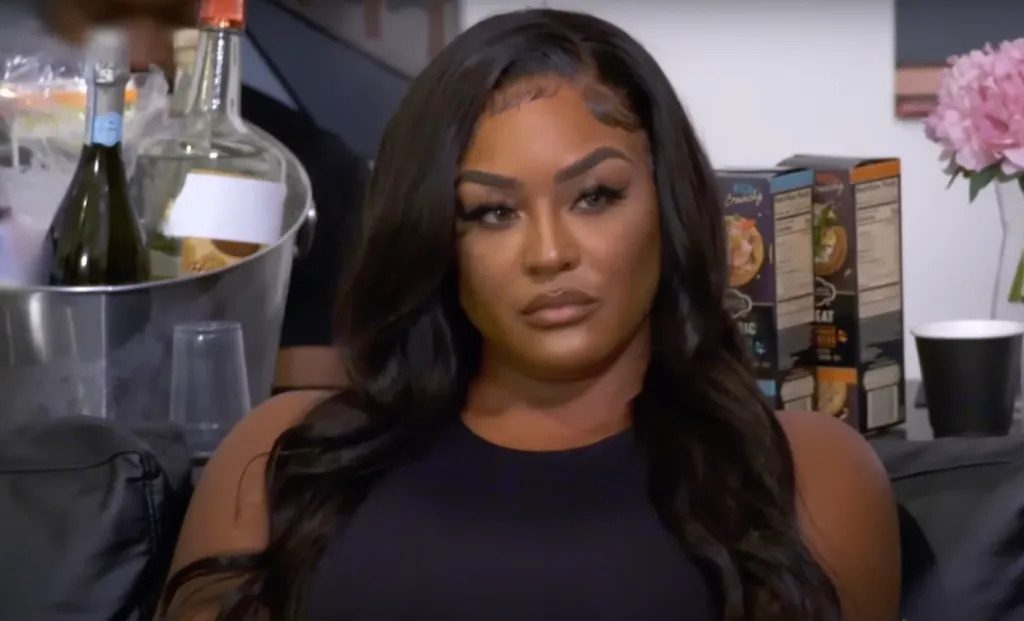 The journey to Las Vegas begins on Basketball Wives Season 10 Episode 9 with a lot of turmoil. After the meme incident, Angel tries to express her thoughts to Nia. Although Nia does apologize, Angel is unimpressed by the gesture. She believes it isn’t sincere since Nia uses the chance to convey her dissatisfaction with Duffey for involving Roccstar. Angel assures Nia that she can put the incident behind her and move on. Duffey and Brooke are obviously not prepared, though. But on the night of Duffey’s final DJ performance, the drama is put on hold. She makes the decision to exclude Nia and Noria from the party.

We make progress with Malaysia and Brandi. At that time, Malaysia expresses her regret to Brandi for offending her. Malaysia, according to Brandi, was a fantastic friend to her while they were close. When they think back on how close they once were, they start to cry. They share a giggle as they hug it out. Furthermore, it is obvious that both women desire to concentrate on repairing their connection. After Duffey fights with Noria and Nia, the promising moment is rapidly overshadowed. Once Brooke gets involved, glasses start flying. And when Brandi tries to break up the fight, she ends up getting hurt.

Soon after the ladies arrive in Las Vegas, things start to go wrong when Angel confronts Nia in front of the group. She continues to be angry over the meme. Nia apologizes, but Angel claims it doesn’t seem sincere. She also claims Nia mentioned her at the gender reveal celebration. Nia continues by claiming that Duffey went to Roccstar and called him over to call her out, which caused things to explode out of proportion. She thinks that this wasn’t required. In arguments amongst women, men shouldn’t be called in to judge. As Duffey walks away, Nia is accused of attempting to lure her into the fight. So they begin to argue. 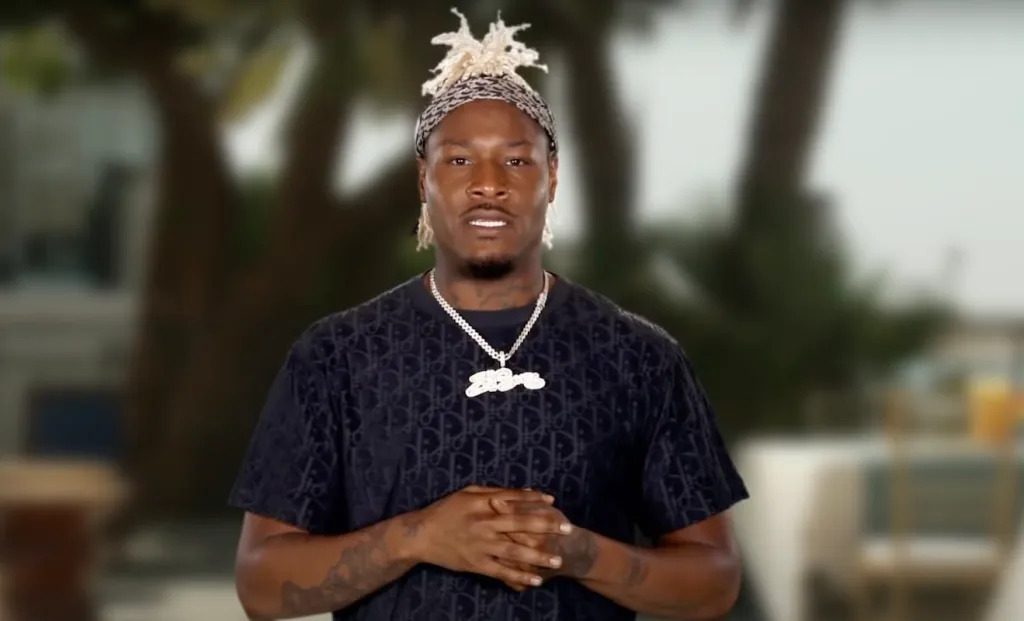 Jennifer tries to clarify that Nia was told she was mistaken, but Nia didn’t believe she would hurt Angel because she, too, had an older child. She has no sensitivity to the subject. Duffey, however, is furious. She believes Nia should have avoided bringing up her birthday because the vacation is about her final DJ performance. When it comes to getting to know Nia, Angel just feels that this isn’t a good place to start right now.

Ganging Up On Nia

Nia leaves because she feels like she is being ganged up on. Angel and Noria, her sister, follow. Nia expresses dissatisfaction with the approach Duffey and Brooke have taken. Noria also agreed that they were doing far too much. Angel says she can continue working with Nia. She only wants respect.

Duffey finally caught up with Brittish and French Montana. She requests him if he will do a song with her, and he says he will. Later, Duffey FaceTimes the group to let them know she no longer wants Nia and Noria to attend her last DJ event. She did not wish for any “negative energy” to ruin her evening. Only three people, Brittish, Brandi, and Brooke, show up to see Duffey perform.

In the pool, Jackie and Malaysia spend some time together. According to Malaysia, the journey has thus far gone smoothly. She is also pleased that Brandi and she can get along. She is therefore willing to discuss their differences in the future if the chance arises. Jackie is slowly getting used to her new role as Doug’s coach. This is quite difficult for Jackie because it takes up a lot of his time. 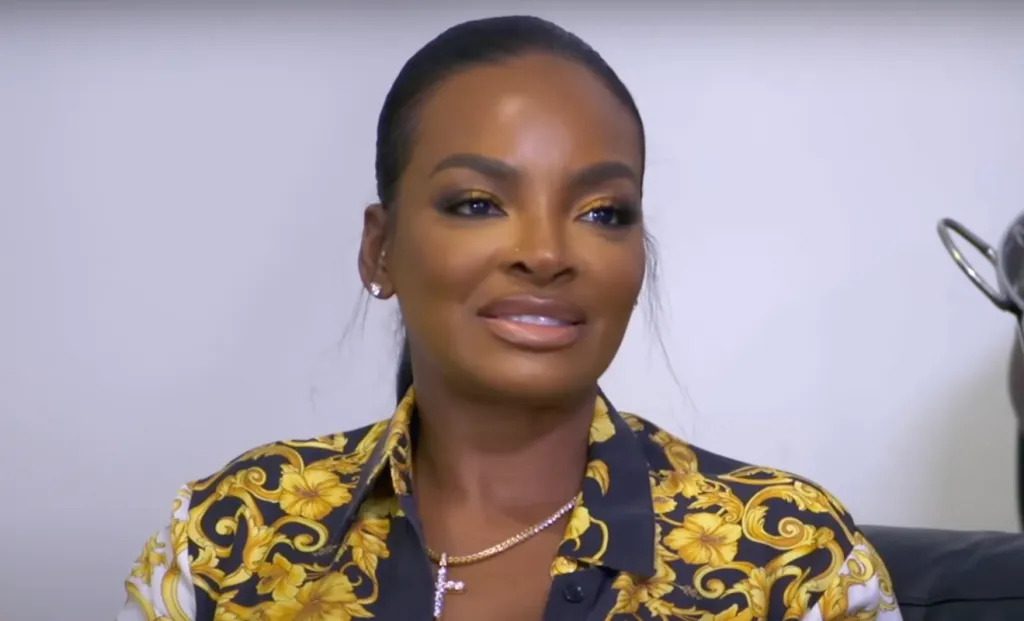 The relationship between Malaysia and Brandi makes progress. Malaysia expresses regret to Brandi for how their relationship ended. As they express their love and desire for one another, they both start crying. As they exchange hugs, they laugh together about old inside jokes they used to make about some of the other cast members. Everyone is happy to see the former friends rebuild their connection and chat with each other again.

The Plate And Glass Fight

Sadly, the positive energy starts to fade as soon as Nia and Noria come into focus. Duffey and the sisters make an effort to talk things out. Duffey confirms that after rejecting their invitation, she did text them to invite them to the club. They still failed to appear. And because she thinks that she was singled out because she is Nia’s sister, Noria confronts Duffey.

Duffey and the sisters then get into a fight. After Duffey tosses a paper plate at Noria, Brooke also takes action. But when Brooke tosses a glass at Noria, things get worse. And Noria unintentionally hurts Brandi as she tosses one back. After security intervenes to prevent the women from touching one other, the show concludes on a cliffhanger.