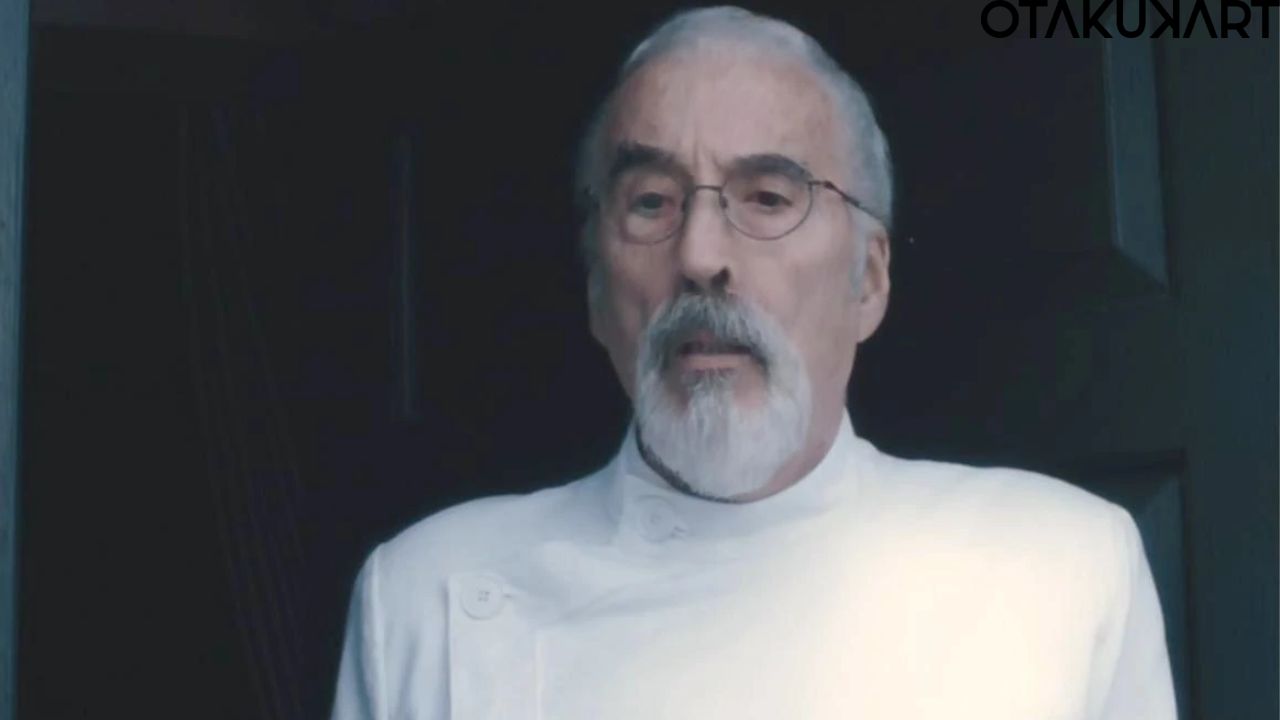 Sir Christopher Frank Carandani Lee was an English actor, author, and singer. He often took up roles of villains, and in one of the movies, he portrayed Count Dracula. He was born on 27 May 1922 in Belgravia, London. He was the son of Lieutenant Colonel Geoffrey Trollope Lee and countess Estelle Marie. We will be filling your curiosity in the next section by discussing facts about Christopher Lee.

Unfortunately, Lee is not with us anymore. He passed away in 2015 at the age of 93. He lived really for very long. Lee’s parents got separated when he was only four but got divorced two years later. Lee enrolled in a military academy when the Second World War broke out in 1939. He volunteered to fight in the war against the Soviet Union during the WinterWar. When Lee returned to London in 1946, he was offered a job at Beecham’s. 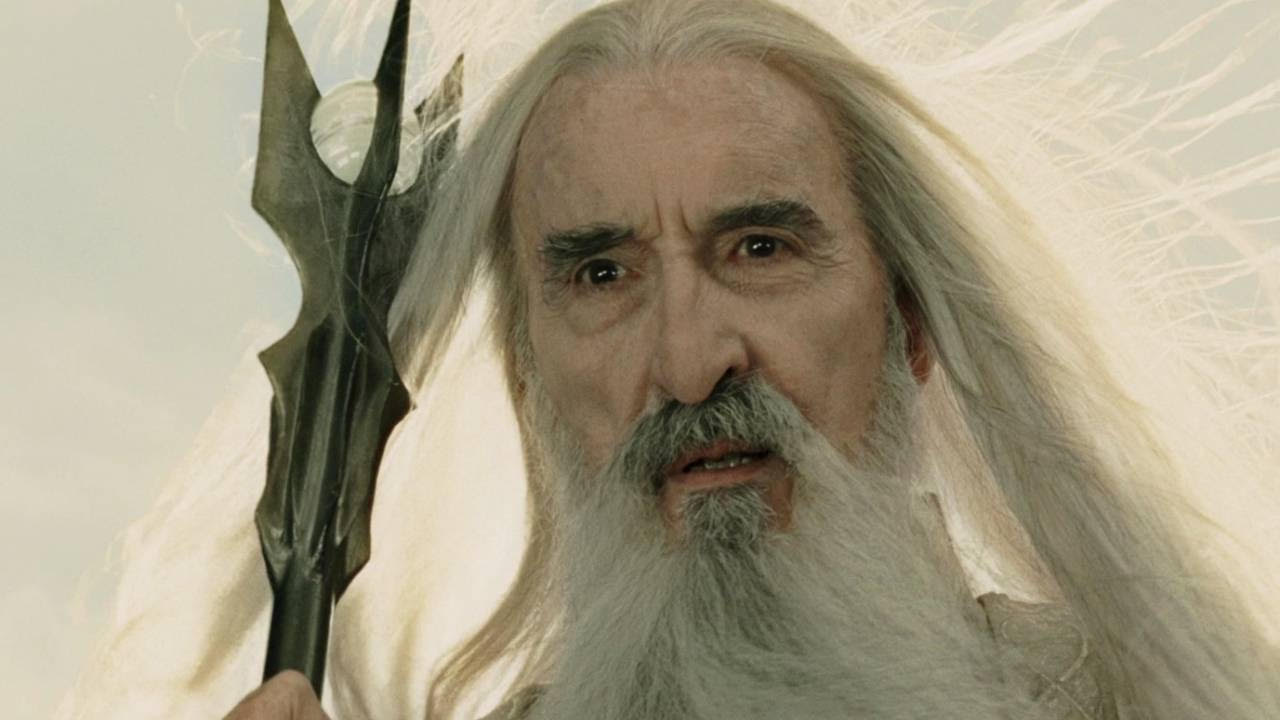 Also Read: Who Is Vecna In Stranger Things 2022? Amazing Discovery Ahead

Lee had done a total of 244 films and Television by 2007 in his career, for this, he was entered into the Guinness Book of World Records. He also holds a record for the tallest leading actor, being 6’5” tall.

Christopher was named 2005’s most remarkable star in the World in the USA today newspaper poll. But he was named as such? The reason behind this was that the three films that he appeared in grossed US $640 million. Yes, readers, you have read that correctly. 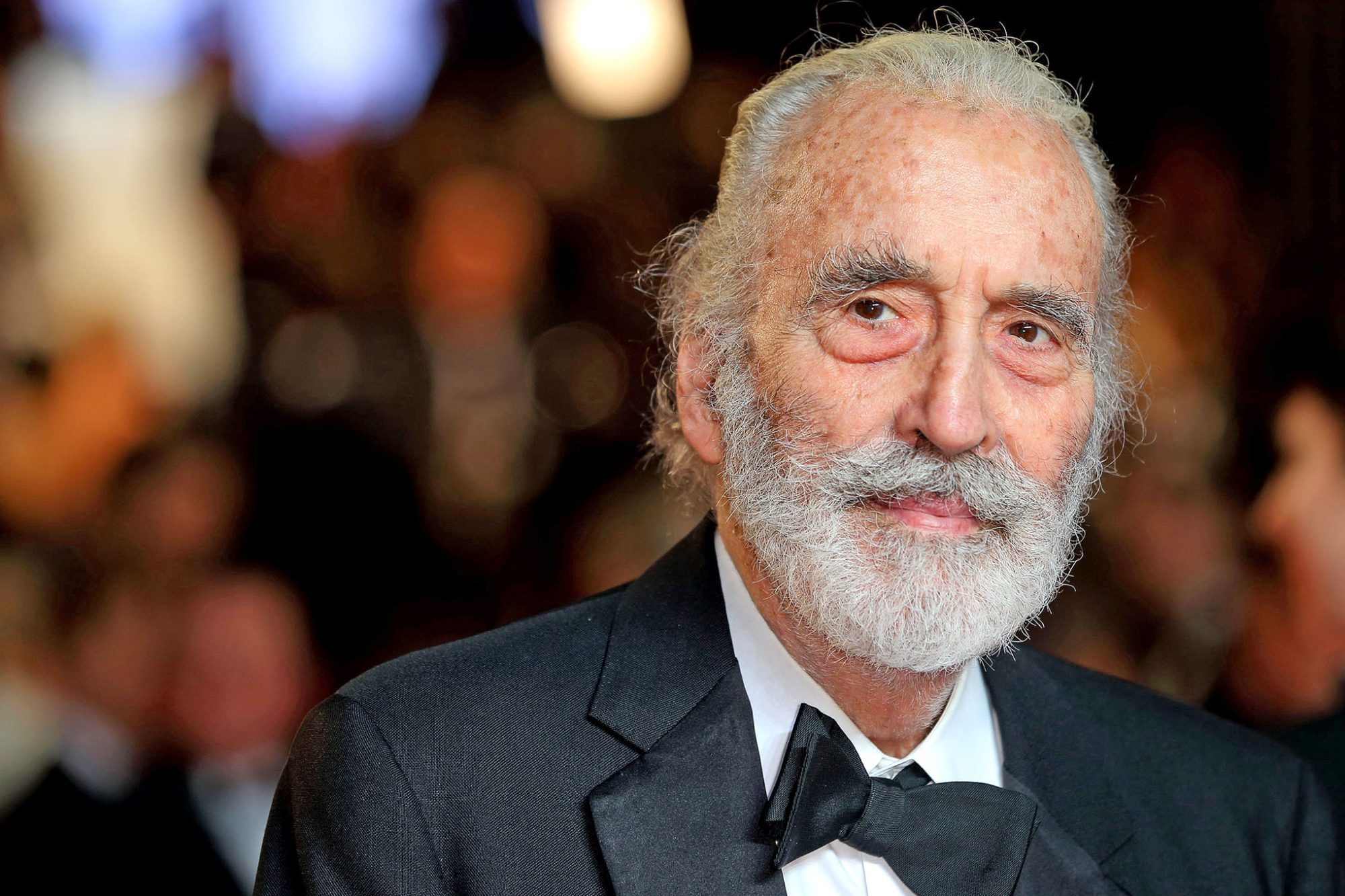 Christopher Lee had met Prince Yusupov and Grand Duke Dmitri Pavlovich, the assassins of the Russian monk Rasputin. Lee didn’t do research for his film on Rasputin but in his childhood days in the 1920s. The name of the movie was Hammer film Rasputin the Bad Monk, which was released in 1966.

Lee’s mother was an Italian contessa, and therefore he descended from Emperor Charlemagne of the Holy Roman Empire and was related to Robert E. Lee, the Confederate general. It’s cool to belong to the royal family, isn’t it?

Christopher has seen the death of the murderer, Eugen Weidmann, in Paris when he was just 17 years old. Eugen Weidmann was the last person to be executed by guillotine.

Christopher Lee had joined the Royal Air Force during World War II but wasn’t allowed to fly because of a problem in his optic nerve. So Lee decided to become an Intelligence officer for the Long Range Desert Patrol, which is a forerunner of the SAS, Britain’s Special Forces. Lee had fought the Nazis in the area of North Africa, and there he had at least 5 missions to be completed in a day. During his fight, he helped take Sicily, prevented a mutiny among his troops, contracted malaria six times in a single year alone, and claimed Mount Vesuvius before it erupted. 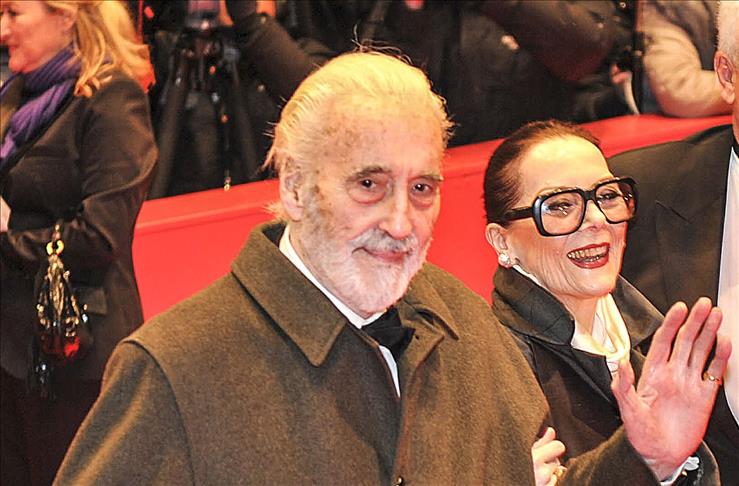 Christopher Lee at a premiere along with his wife

During the war, Christopher Lee moved from LRDP to Winston Churchill’s even more elite Special Operations Executive, whose missions are still intact. Christopher never mentioned anything about him spending time in SOE. He has seen many men die in front of his eyes, and he hardens up from that. Having seen so many men dividing into pieces with a bomb, torture, mutilation, and other things kind of make you lose your shell. After the war ended, he got appraised by the governments of British, Polish, Czech, and Yugoslavia for his bravery.

Christopher can speak two languages apart from English, which is French and Italian, he spent his time after World War II hunting Nazis along with the Central Registry of War Criminals and Security Suspects until he decided to try his hands at acting at the age of 25. Yes, my dear reader, this all took place even before he was 25 years old. 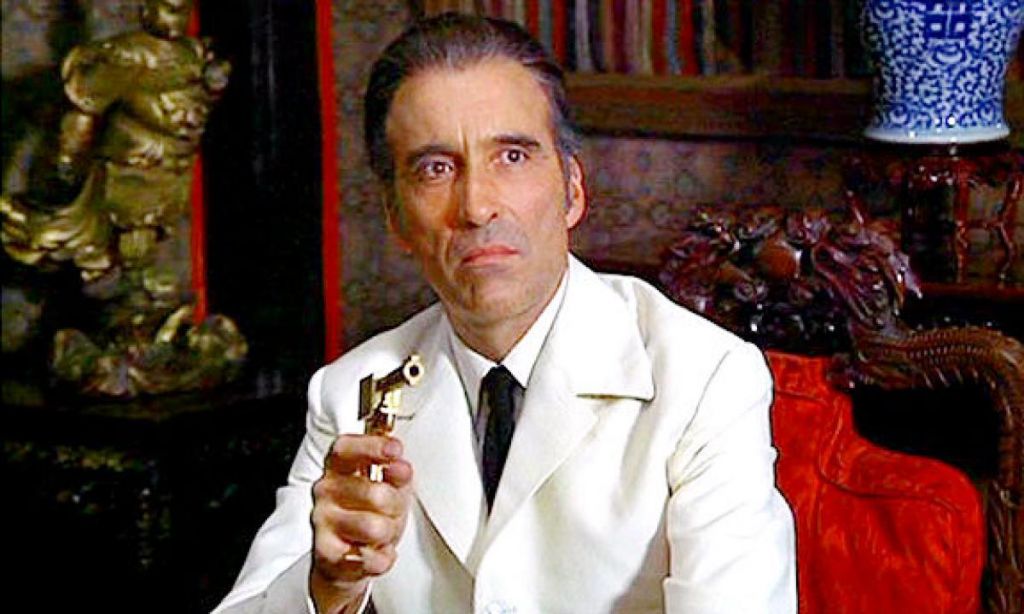 During the filming of The Dark Avengers in the year 1955, Christopher Lee was shooting an action scene with Errol Flynn, who was drunk then. Errol cut Lee’s hand so badly that his finger was chopped off and was permanently damaged. Later, Lee cut off Flynn’s wig while Flynn was still wearing it. Errol refused to come to the trailer of the film The Dark Avengers until and unless Lee claimed that it was an accident. Errol Flynn then stormed off the set. Not much information is provided by Christopher about the incident after that.

Christopher Lee has done countless roles as a villain in many movies and is famously known for his roles as Dracula. Lee also starred as a Mummy and Frankenstein’s monster. He is known as the Saruman in Lord of the Rings and Count Dooku in the Star Wars Prequels. His other villainous roles include Fu Manchu, Rasputin, and Rochefort of the Three Musketeers. He portrayed this character so well that the eye patch he used, the eye patch used was not in the book, but Lee somehow made it in use afterward. Other films include Lord Summerisle of The Wicker Man, the James Bond villain Scaramanga, Mephistopheles, and Death himself.

Christopher Lee was not only related to James Bond creator and author Ian Fleming the two were step-cousins, but Christopher was the first choice of Fleming for the role of Bond, not least because of Lee’s World War II and SOC experiences. Lee was a great actor of his time and every director’s first choice. 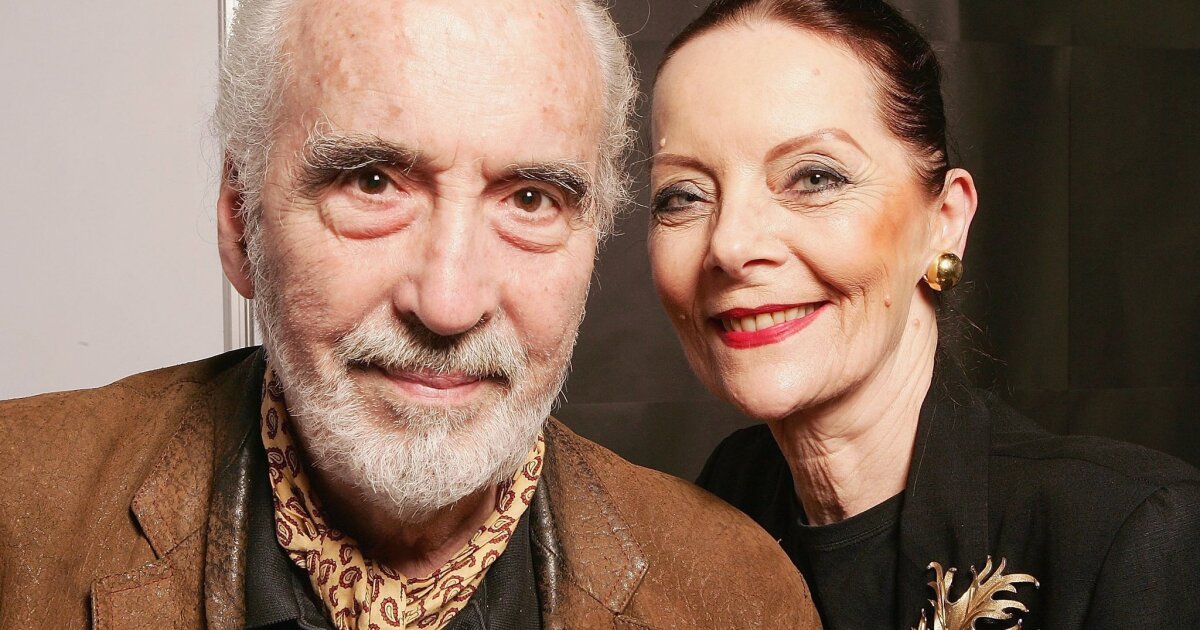 Lee with his wife

Christopher Lee has played many popular roles like Sherlock Holmes, his brother Mycroft Holmes and also Sir Henry Baskerville of The Hound of the Baskervilles. Lee also tried to quit Hammer films because he was tired of playing Dracula in the movies. But executive producers forced him into returning to the films, and later Lee agreed to star in 1966 Dracula: Prince of Darkness, he felt the dialogues were so awful that he refused to film any part. But the producers were adamant about taking him for the film and decided to have a mute Dracula that would just hiss and yell throughout the movie.

Lee was engaged to Henriette Von Rosen who was a daugther of Count Fritz von Rosen. The Count, on the contrary, didn’t like Lee because after hiring private detectives to investigate the actor and demanding references, he also refused to allow his daughter to marry him unless Lee got the blessing of the King of Sweden. But somehow, Lee got it.

Christopher Lee was quite interested in the history of public executions and claimed to know the names of every official public executioner employed by England, which dates back to the 15th century.

Christopher Lee has always been a fan of heavy metal. He released his full heavy metal album at the age of 88. The tiles were Charlemagne: By the Sword and the Cross, which won the Spirit of Metal award in the 2010 Metal Hammer Golden Gods Ceremony. Then he made a metal Christmas album in 2012. Lee was the oldest metal performer and the oldest musician to ever hit the Billboard music charts. He was a talented one. He always remained active throughout his lifetime.