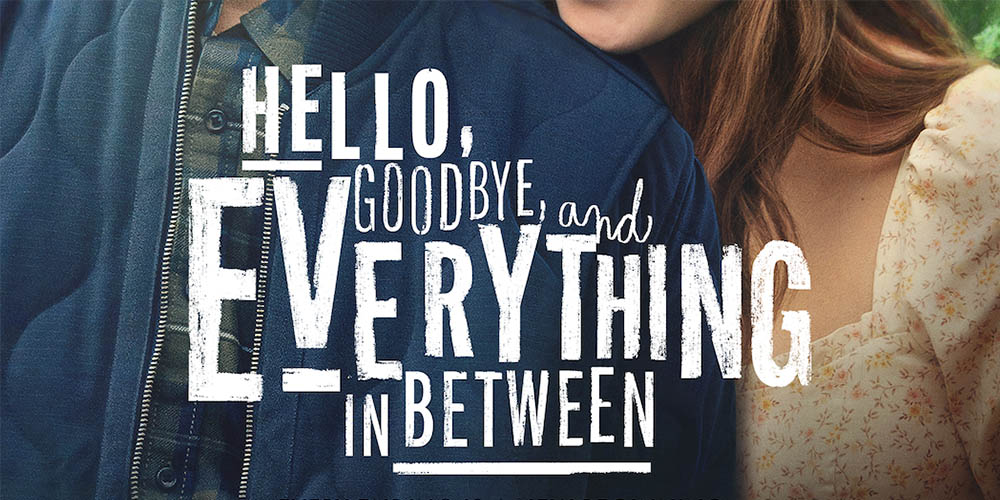 As seen in the trailer, two high school sweethearts, Aiden and Clare, made a pact to break up or to stay together before entering their respective colleges and leaving their hometown of Chicago. The cast includes Talia Ryder, Jordan Fisher, Ayo Edebiri, Nico Hiraga, Jennifer Robertson, Sarah Grey, and Julia Benson. The film is set to release in the English language. Excited to know further, right? Stay tuned till the very end of this article to find out about its release date, plot, and other details.

Hello, Goodbye, and Everything in Between – Will they stay together or part ways?

Clare and Aiden made a pact to break up before college so that they don’t have to face the harsh realities of what happens post-break-up. But before saying goodbye for the very last time, they go on a date to retrace every memory of their relationship. As shown in the trailer, both have to decide within twelve hours whether they have to stay together or part ways. They both start retracing their relationship and try to find something from their past which would help them evaluate the whole situation and decide their future.

But the night leads them to their friends and family, familiar landmarks, hard truth, and unexpected discoveries. Difficult choices arise when it comes to love and life simultaneously. In a heated argument between Aiden and Clare, Aiden confesses his love, but Clare seems somewhat adamant.

The characters Clare and Aiden are in love and have been together for 2 years, the only choice they have to make is either to stay together or to say goodbye. This is not fair, is it? They relive their firsts, they experienced all of those things they did together, only to realize that they are not yet ready to bid goodbye. That’s not how it works when it is real. Join them in their last ride and find out what happens. Stay tuned to find out the release date of the movie. Talia Ryder and Jordan Fisher in Hello, Goodbye and Everything in Between

Hello, Goodbye, and Everything in Between Release Date

Hello, Goodbye, and Everything in Between is all set to release on 6 July 2022. This is a Netflix Original Film with a run time of 1h 22m. Produced under the famous To all the Boys franchise, this film will make your heart swoon with its unique storyline. To spend their last evening as a couple and remember their firsts for the last time. Their first kiss, their first date, and even their first argument only to figure out whether they are ready to say goodbye or not. Catch the heartwarming, charming, and beautiful unique in its way on Netflix on 6 July 2022.

Hello, Goodbye, and Everything in Between: What to Expect?

As shown in the trailer, they made the pact long ago only to let go of their relationship easier. But it doesn’t make it easier but only painful for both Aiden and Clare. The idea of two of them spending their last evening together and embracing every moment of their relationship only to figure out what they want. Between the two of them reliving their memories together and their friends’ dubious about the pact, Aiden also doubts the pact. But Clare seemed Adamant about the decision they made several years ago.

To know what they choose in the end, will they be together or not? Will they be breaking their pact or staying firm on it? All your queries will be resolved on 6 July 2022, this summer. But till then, you can enjoy the trailer of the movie and can keep guessing the choices they made.

Also Read: ‘Love Catcher in Seoul’: Everything About the Cast