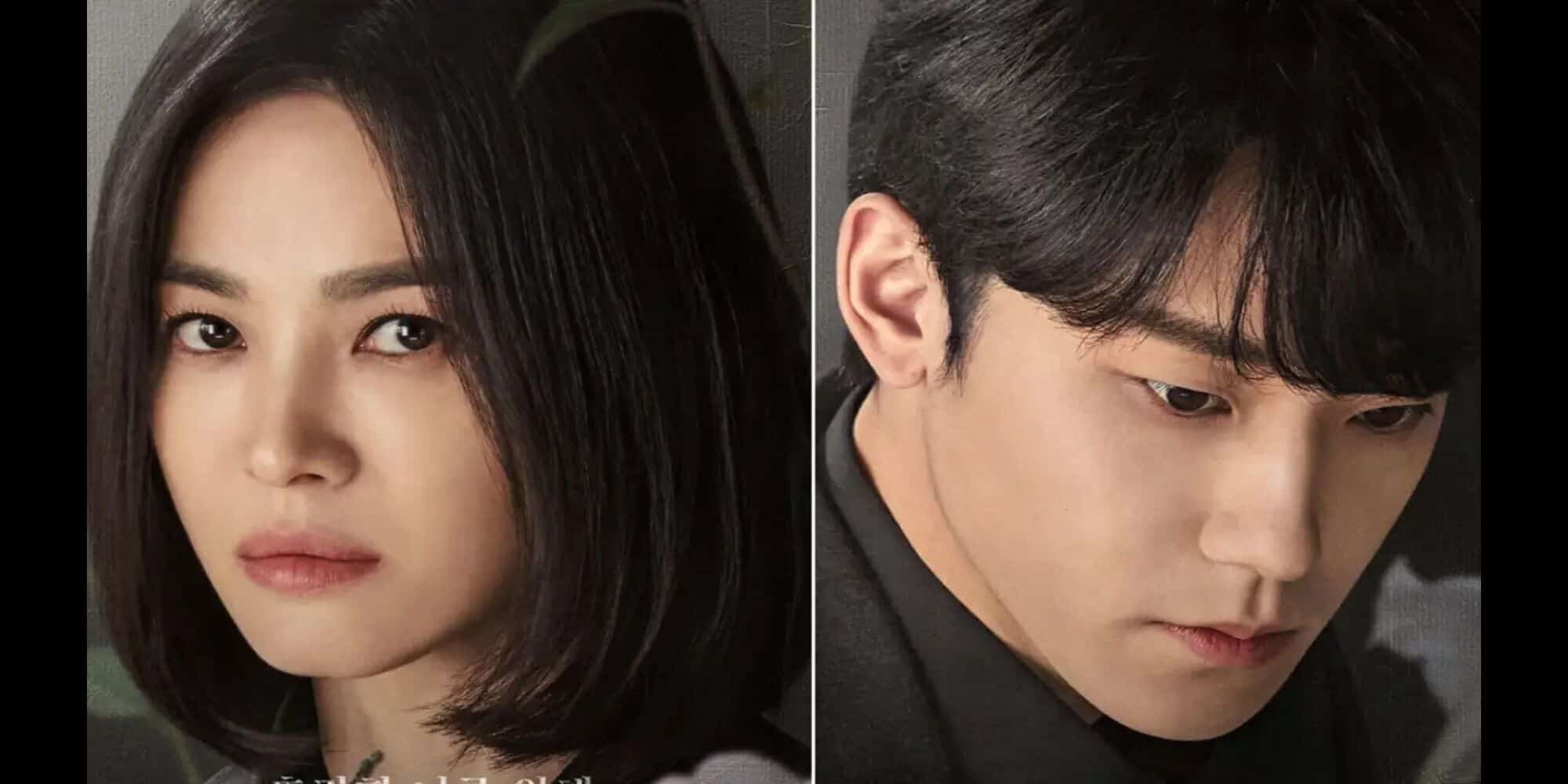 In the terrific list of K-dramas filled with bloody vengeance and retribution comes up another drama that has got it all, ‘The Glory Season 1’. It has a compelling plot, a great OST, and is female-led, with the perfect casting. The Glory Season 1 premiered on December 30, 2022, on Netflix with 8 episodes. The next season is set to be premiered on March 10, 2023.

Song Hye Ko has proven to be a versatile actress with this role that demands such extreme performance filled with anger and rage. Compared to her previous works filled with melodrama and everyday life romance, this drama is a definite 180 turn.

With the possible pairing with either Lee Do Hyun or Jung Sung Il, fans have taken up sides by comparing the potential for either pairing due to their chemistry. She stands out as a great protagonist. This could be one of her best works and ranks in the top three thriller K-dramas for me.

The pacing, the involvement of each character, the acting, and the timely background music that build up your emotions in The Glory Season 1 is to be applauded. It could be said as the epitome of the phrase, “The axe forgets, but the tree remembers.” 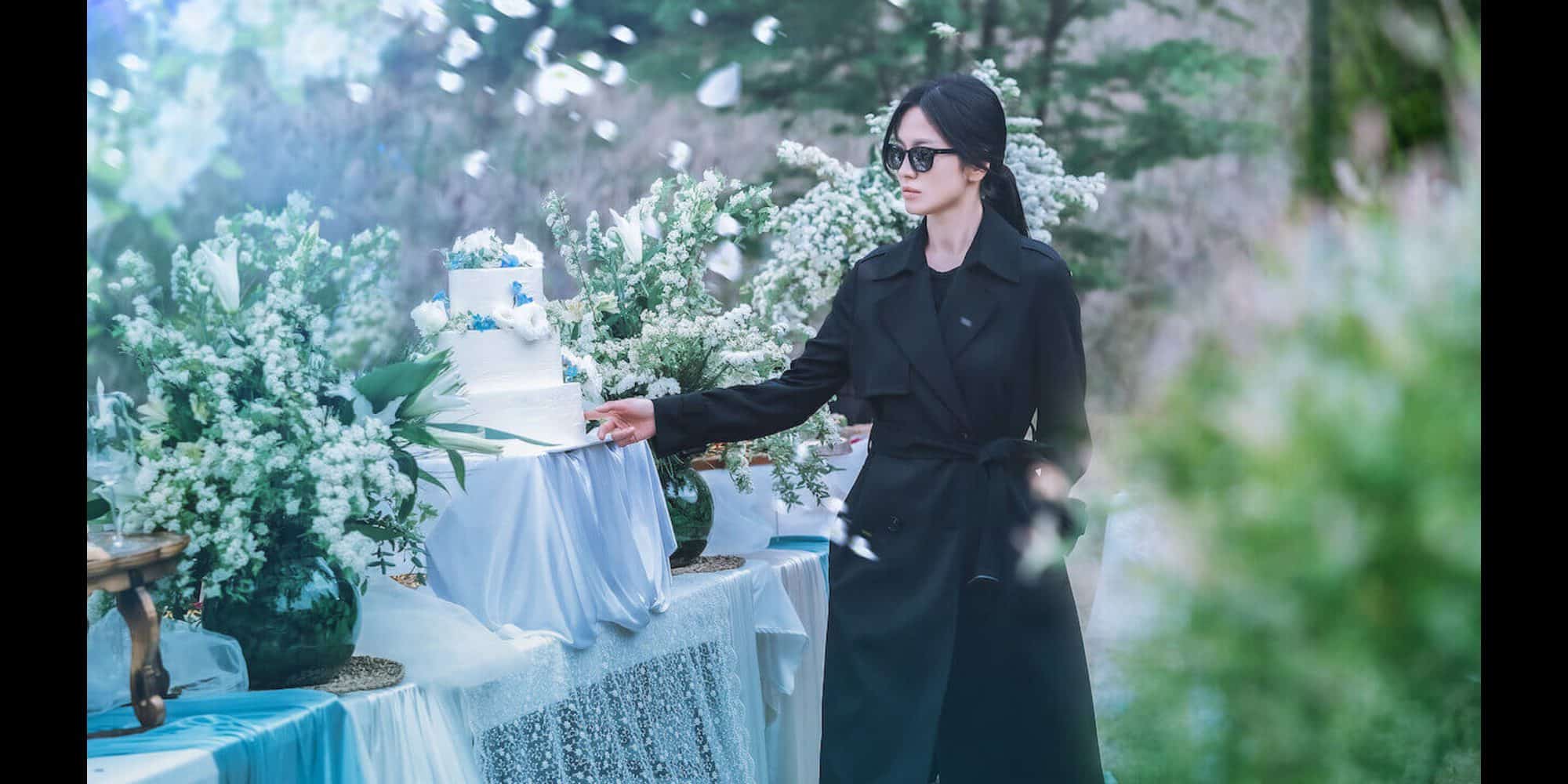 Moon Dong-Eun, who Song Hye Ko plays, is back after 17 years to get even (or more) with her bullies who ruined her life. She strives through all of her tough times, juggling part-time, preparing for her exams, learning Go, and everyday struggles while living alone. Finally, she reaches the first step of her revenge, being the homeroom teacher of Park Yeon Jins’ daughter, Ha Ye Sol.

Along with her is our all-time favorite ajhumma, Yeom Hye Ran, playing Kang Hyun Nam, is shown as an ally with her sad backstory but still manages to make us smile and laugh with her sunshine personality that cannot be hidden beneath her circumstances. 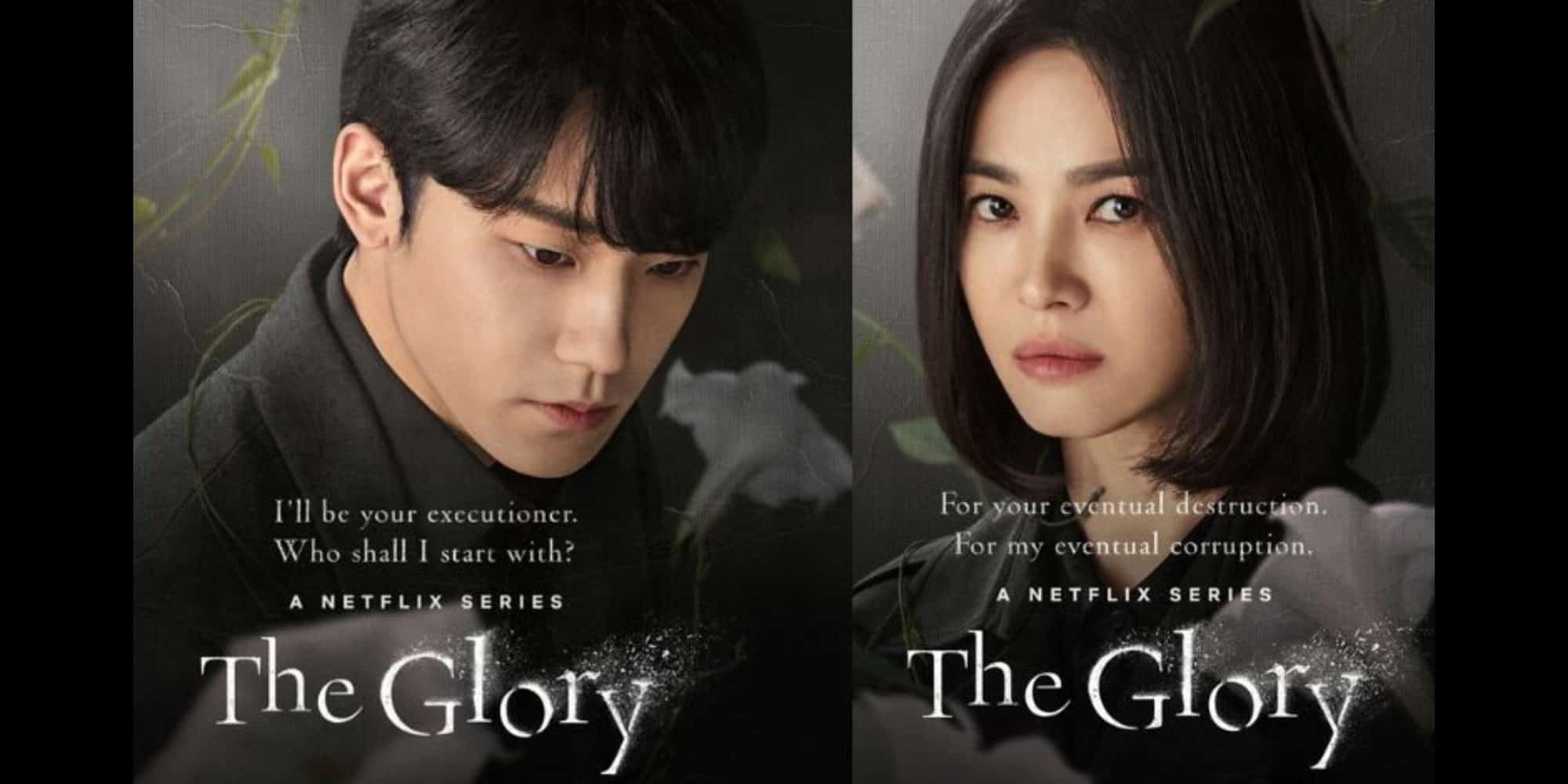 Lee Do Hyun as Yeo Jong and Song Hye Ko as Moon Dong Eun in The Glory Credit: Kbizoom

The role of male lead is Lee do Hyun, who plays Joo Yeo Jung, a doctor, the son of the hospital Director, and the possible best option for our female lead with his strong will to make her happy and support everything (talk about green flags). However, he isn’t just a pretty face beside the protagonist who fills up the love interest plot device. Jo Yeo Jung has his baggage to carry in the drama. Let’s see how it all plays out in the next season.

Though I will mostly skip over the gruesome details of Moon Dong Euns’ horrifying experience in her high school years, it is needless to say that they were painful to the point of her drop-out. Even considering death, Moon Dong Eun persists through her teenage years and most of her young adulthood to not only provide for herself but also make herself a capable teacher. Talk about resilience and dedication.

This very dedication will be the downfall of her tormentors.

The Glory would not have started without the 5 bullies, our villains of the drama, who give birth to this whole series with their vile actions, shitty morals, and even worse characters who are now in for hell. Well, well, well, if it isn’t the consequences of their actions. The Glory Season 1 is birthed by the following imbeciles-

The main Villainess, Park Yeon Jin is now a weather news anchor, happily married to a rich CEO, Ha Do Young (Jung Sung Il), and has a daughter Ha Ye Sol (Oh Ji Yul). She seems to be living her dream life of being a wife and mother and being rich and lavish.

Her lover, (yep, you read that right!) Joon Jae Joon is colorblind and a CEO of a golf course and luxury brand shop. Despite her happy marriage of almost 10 years and having it all, Park Yeon Jin still has an affair with her high school lover, and if it isn’t a surprise to anyone, her daughter is her lovechild (which only she knows about… until she’s not the only one).

Lee SaRa, who is a drug addict through her high school years and till the present, is a successful artist and a strong Catholic. She believes she’s going to heaven because she asks for forgiveness at the church. Ha! Heaven seems a haven after death, but not when there’s hell to pay when alive.

Choi Hye Jong is a full-time gold digger and part-time air hostess. She yet somehow manages to lust after Jeon Jae Joon, trying to fit in the group while still keeping her online “best friends” with her group persona. All this while hiding her jealousy and hatred for her “friends” at bay.

Finally, the lackey and the lowest in the hierarchy, Son Myeong Ho. He deals with his inferiority complex while surrounded by his high school “friends” who treat him as nothing more than a servant.

The Lead Cast of The Glory Season 1

The ‘I’m-coming-for-you’ main cast is made up of Song Hye Ko as Moon Dong Eun, Lee Do Hyun as Joo Yeo Jong, and Yeom Hye Ran as Kang Hyun Nam.

The main Villain with a capital ‘V’, is Park Yeon Jin (adult- Lim Ji-Yeon, teen- Shin Ye Jin), who was the queen of the bully squad. The rest of the gang is made up of Jeon Jae Joon (Park Sung Hoon, teen- Song ByeongGoon) who is her lover, Lee SaRa (Kim Hee Eo Ra, teen- Bae Gang Hee), who is a drug addict throughout the drama, Choi Hye Jong (Cha Joo Young, teen- Song Ji Woo) who desperately wants to be rich and Son Myeong Ho (Kim Gun Woo, teen-Seo Woo Hyeok), the lackey who wants to fit in with them and feel just as rich.

Coming in next is, Jung Sung Il, who is Ha Do Yong, husband of Park Yeon Jin, “father” of Ha Ye Sol. Seduction may not be a fool-proof plan in the long game of revenge, but the chemistry between Moon DongEun and Ha Do Yong is just as undeniable. The screen time they have together is barely enough for a music video, but fans have already started shipping these potential enemies (or allies?).

My favorite moments in The Glory Season 1

The Glory Season 1 is filled with moments that have you gripping your seat, waiting for the other shoe to drop, and seeing it all unravel. Moon Dong Eun might be playing the long game, but the players come in after she starts with it after 17 years.

One of my favorite scenes is Moon Dong Eun trying to repress her smile with Kang Hyun Nam. The scene means a lot when you know her reason for doing so. Her life has been filled with fury and obsession with revenge, and to smile would feel like forgetting the tough times.

Another one is, and I think I speak for many fans of The Glory when I say this, is the moment of truth for Joo Yeo Jung. His heartbreak, his anger, his sadness, and his consideration for her injuries are very well portrayed by Lee Do Hyun. His willingness to break the Hippocratic oath for her speaks volumes.

And this section would be incomplete without the ‘hair grab’. Moon Dong Eun, being the bad boss she evolved into, was an absolute treat in the scene.

And finally, ‘the walk past Ha Do Yong’ at the Go club. That’s it. 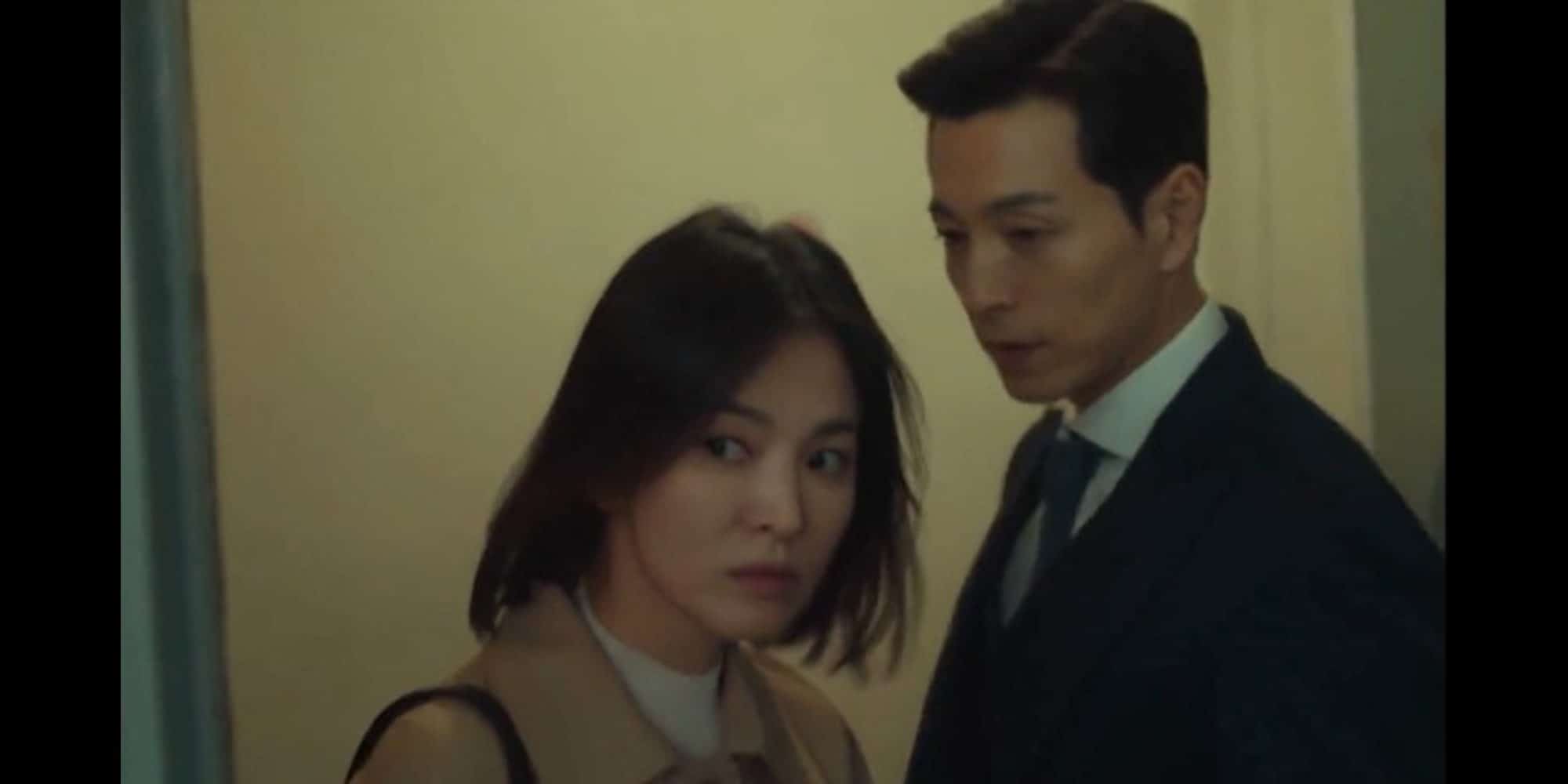 The Glory, In Frame- Moon Dong Eun and Ha Do Yong
Credit: Tumpik

Final thoughts on The Glory Season 1

Moon Dong Eun has just gotten started and has a long way to go to get her vengeance, but the start was just as exciting. Her plan isn’t all out in the open, but the gist is clear to the spectators. The Glory is a great show for people who love thrillers, see women snap off their last thread, and see retribution finally being served.

Truthfully, we might as well give the villains some credit, as this whole drama would not have any plot to stand on if the backstory wasn’t strong enough to warrant the protagonists’ wrath.

People have tried to avenge themselves for lesser, but I’d say the villain origin story of Moon Dong-Eun is more thrilling because of our enthusiasm to see her get back at these people because we connect with her feelings. Be it if you’ve ever felt as helpless as her or not, the fact remains that it is satisfying to see the bad guys lose their cool and run around like beheaded chickens in fear.

Though The Glory Season 1 is not filled with as much suspense as one would expect for someone planning revenge for nearly 2 decades, it does a great job of keeping its audience hooked through all of the episodes.

The story seems to fit in perfectly with this verse from the song, ‘I see Red’ by Everybody Loves an Outlaw-

Executioner style, and there won’t be no trial

Don’t you know that you’re better off dead

I hope you folks have just as an entertaining watch with The Glory Season 1 on Netflix. 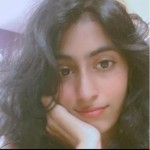 I am a Master's student pursuing Clinical Psychology and an intern at Otakukart, creative at heart, and a bibliophile. I am all about character development and 'men written by women', and so watching k-dramas and reading are my favorite past-times.