Upcoming Chapter 89 now lingering over the horizon scheduled to be released very soon. We finally now have Dragon Ball Super Chapter 89 Spoilers & Leaks as what is to be expected in this manga chapter specifically, with what Toyotarou has promised in his recent interview, by having the chapter be mainly centered around Trunks.

Dr. Hedo now pursuing the boys and trying to find out who they are, the million-dollar question is going forward is will be the essential manga chapter that shows how Dr. Hedo has winded up in prison and whether are we bound to see anything else transpire Beerus’s plant as both Vegeta and Goku continuing their for Black Frieza.

In the next chapter, we will witness Trunks going far to showcase his basketball skills on the court, it looks like Trunks’s rival is going to be from none other than the upcoming new beta in his school, becasue while particularly trying Mai’s attention, Beta just swoops in by stealing the ball from him.

We have seen our heroes play various different games including baseball so to now get basketball, I think is a really cool thing, but it looks like Beta ends up crossing Trunks and laying up one on him, and all of this mind you happens while Trunks is trying to get Mai’s attention, so, it doesn’t feel like  Dragon Ball becasue you have two kids, one, of course, being an Android, yes! Beta is an Andoird and one is a Saiyan, such as Trunks playing a game of basketball.

It’s different, I think it’s unique but if it doesn’t end up serving a purpose in the long term, then what’s the point? However,  all of this basically showcases invading Trunks’s ability here, becasue even while they are playing basketball it’s not as though Beta isn’t keeping track of Trunks because this ends up turning into a Space Jam game real quick with becasue with Trunks being shown turning his head.

At first glance with the position that Beta ends up taking here, you would assume that, okay is he going to go Ultra Instinct or something but this whole time while this is going down and with Trunks being shown frustrated Beta’s eyes are actually cameras this entire time, becasue Beta is actually recording of footage of everything that Trunks are doing including showing off his skills in Blue Hal High School becasue it will be in the exact same moment that Dr. Hedo had now learned about the fact that Trunks really isn’t just an ordinary student.

With the other Alpha Androids having to observe this, they are trying to figure out if this is the same Kid that busted up in their factory and took them all out when they went back inside Blue Hal Highschool, if you guys go back and remember the old video game called Bully From Rockstar, these are the vibes that I am getting after having to see this becasue this Kid Beta is trying to do everything within his ability to get under Trunks’ skin.

He ends up throwing this football, Trunk stocks under to kind of tie his shoe, the football ends up ricocheting off the wall and coincidently hitting him. Later on, we see them at lunch, where once again Beta is trying to make Trubk’s life miserable here and all of this is to serve the purpose to note that without them having to realize yet Beta is working for Dr. Hedo this entire time, which Mai is kind of the first person to pick up something very unusual about this kid.

Mai ends up noticing in class that is that this kid looks like he has a stitched-up neck, which is very oddly unusual for a student becasue what kind of a student would have anything stitched onto their body that kind of sticks out? This was something to note as Trunks even realizes this later on becasue now Trunks remembers exactly where this is from becasue Alpha the giant Android that he had fought with in the factory also had similar pieces of what Trunks saw stitched onto his body as well.

So Trunks kind of immediately knew what the deal was and it was only afterward, Beta ends up putting on a suit pretending to be like the supervillain and immediately ends up going after Goten which from that point then prompts Trunks into stepping into action becasue he sees that Goten is a quote in trouble even though he is not, so without the kind of giving away his identity, he looks over onto his watch and goes as far as distant Mai by letting her know that he gotta go but he will be right back becasue he obviously doesn’t want to give away his identity in revealing to her that he in fact is Saiyaman X1.

Which to that we do have a brief summary synopsis courtesy of DBS hype on Twitter as the following summary for the upcoming chapter.

ALSO READ: 37 Movies Like Flipped For You To Watch

It starts with Trunks who is trying to see what is in the disc which he found during the Mount Butterfly incident, a few days before. After many failed attempts to crack the security code of the disc, he finally decides to use Bulma’s computer in order to access the disk, in order to do so, he sneaks into her lab. Then he successfully manages to rack the key and access the blueprints of a creature called Cell at Larva Stage.

Although when he tries to dive deeper into the files, the computer gets infected by a virus which results in its crash, and then he quickly ejects the disk from the computer. After that Bulma along with Bra arrives at the lab seeing Trunks standing in front of her broken computer. She says that he has inherited the habit of breaking her things from his father, Vegeta.

In the meantime, Bra attempts to fix the computer from the virus attack and get succeeds, after which Bulma says that she is more talented for her age as compared to Trunks. Then Bulma reveals to Trunks that Mai has also decided to go to Blue Hal Highschool and she wants him to go along with her, and also wants her to not be late. 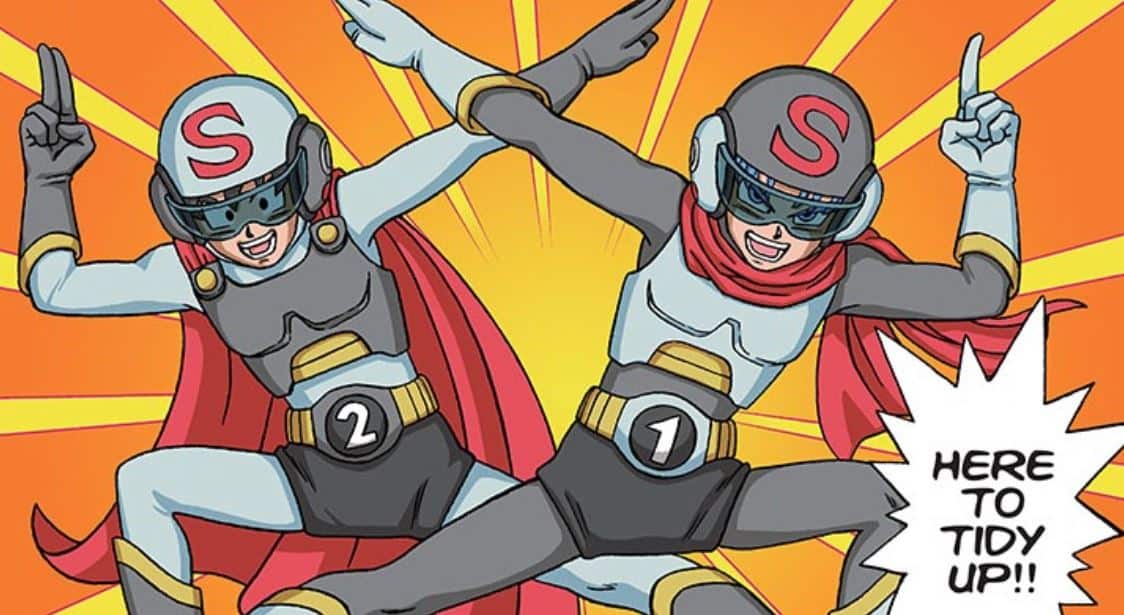 This news was very big for Trunks and his happiness knew no bounds. He then walks to Blue Hal Highschool along with Mai and every one of his classmates comes running towards them to somehow get a chance to talk to this beautiful girl who is walking alongside Trunks. The reason Bulma and Mai decided to join the Blue Hal Highschool is to suppress any rumors about Mai not attending the high school even when she is now a teenager.

Mai then introduces herself to her new classmates and presented as a newly transferred student of the high school. Later their teachers asked Trunks to fill Mai with all the things that are going around in the school for which Trunks obviously agreed. When Skale asks Mai if she has a boyfriend, Trunks interrupts them before Main could have answered.

There seems to be a massive divide within the fandom with some fans calling it boring and very slow-paced, while others are genuinely so excited to see the spotlight handled on over the other characters outside of both Goku and Vegeta.

The upcoming Dragon Ball Super Chapter 89 is scheduled to be released for fans to read on January 19, 2023. The various times and dates at which the chapter will be available for fans according to their time zones are as follows; make sure to set a reminder so you will not miss this amazing new chapter of Dragon Ball Super.

You can read the upcoming Dragon Ball Super Chapter 89 as well as the previous releases of the franchise on Viz Media and Manga Plus, both on sites and apps.

ALSO READ: 59 Best Indian Movies In 2023 That You Should Check Out