A detective show based on Maureen Jennings’ thriller books with a Toronto setting in 1895. CBC is presently airing the 16th season of Murdoch Mysteries. The show has already almost 240 installments underneath its belt, and the upcoming season will add 24 more to its substantial back catalog. The 16th season will add 63 episodes to the overall (not including the 3 stand-alone holiday specials). Fan favorite Murdoch Mysteries debuted the Monday night drama program of the CBC’s Fall 2022 series on September 12, 2022.

Beginning in June 2022 and continuing through the spring of 2023, Season 16 was shot in Toronto. The first episode of Murdoch Mysteries aired on Citytv in 2008. Future chapter Murder in F Major will hold a special screening at Roy Thomson Auditorium on March 11, 2023, with special guests out from the show in attendance. Once more, The Scottish Rite in Hamilton will return; scenes were also shot at the famous location on Queen Street South.

The one-hour historical drama Murdoch Mysteries takes place in Toronto in the initial 1900s, at the height of the creation era, and follows systematic and logical Detective William Murdoch (Yannick Bisson) and his passionate wife, Dr. Julia Ogden (Hélène Joy), as they use cutting-edge forensic methods like fingerprint identification and ultraviolet light to solve a wide range of horrifying killings.

Where One Can Stream Murdoch Mysteries Season 16 Episodes?

The very first place to stream is its official network i.e CBC. The CBC’s online streaming video service is known as CBC Gem. Learn how to access the best TV series, films, information, documentaries, and more for free. Moreover, up to 14 places across Canada’s live TV streams are available for viewing.

Try Premium instead to get entry to CBC News Network, early access to Gem-exclusive content, and commercial-free video on demand (live streaming is excluded). You may either use your computer browser to view it or install the CBC Gem app via iTunes / Google Play.

If you live in Canada, you may simply access the CBC Network to stream Murdoch Mysteries Season 16 online. Here on the CBC website or mobile app, you can live stream CBC TV.

Although there is a free tier offered by this streaming platform, you could also purchase a premium subscription for $4.99 per month to have exposure to commercial-free on-demand episodes and live feed accessibility to the CBC News Network. If you live in the US, you might be able to view it on Acorn TV, in which membership will run you $6.99 per month. 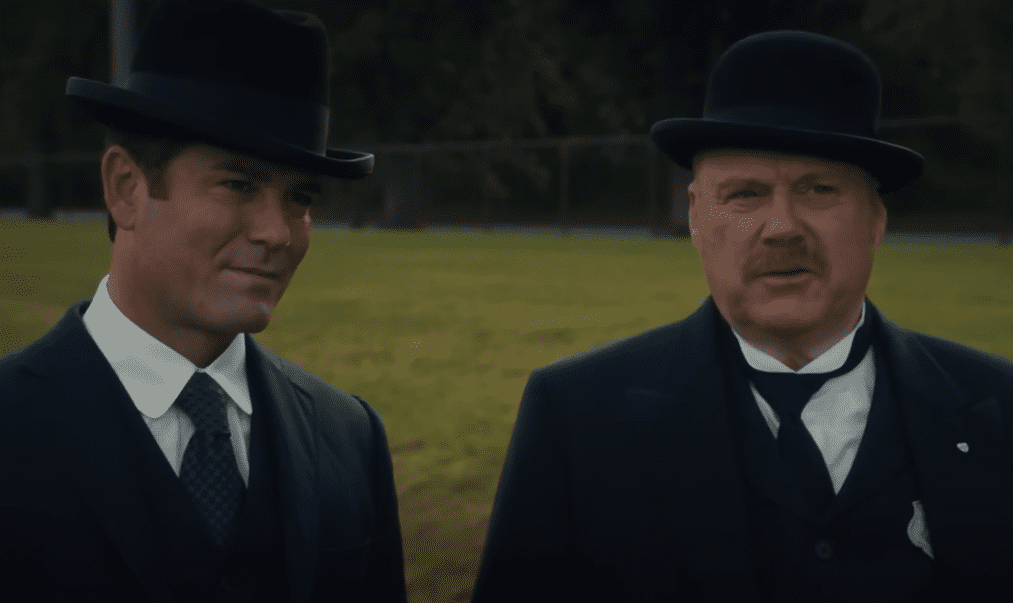 However, you can try the service out for 7 days without paying anything upfront. Alternatively, after only a weekly free trial, you may add Acorn TV as a Prime channel to Amazon Prime Video for $6.99 per month. We should also mention that the Prime subscription has a nice free 30-day trial period and only $14.99  monthly. We must inform you that Hulu offers 13 seasons of the show for streaming. For $6.99 per month, the platform offers a level with ads, and for $12.99 per 30 days, it offers one without.

As an option, there is the Disney package, which contains Hulu, Disney Plus, and ESPN Plus at $19.99 / monthly for Hulu’s commercial-free plan and $13.99 monthly for Hulu’s ad-supported option. If you live in the UK, we are anticipating that the 16th season will premiere on Sky’s NOW streaming platform soon, as earlier seasons of the series were already available there. New consumers can sign up for a 7-day free trial before purchasing the Entertainment package, which has monthly prices starting at £9.99.

You may stream Murdoch Mysteries Season 16 on 7Plus in Australia, and you should be aware that there are also 14 seasons of the program accessible on Acorn TV and a single on Binge.