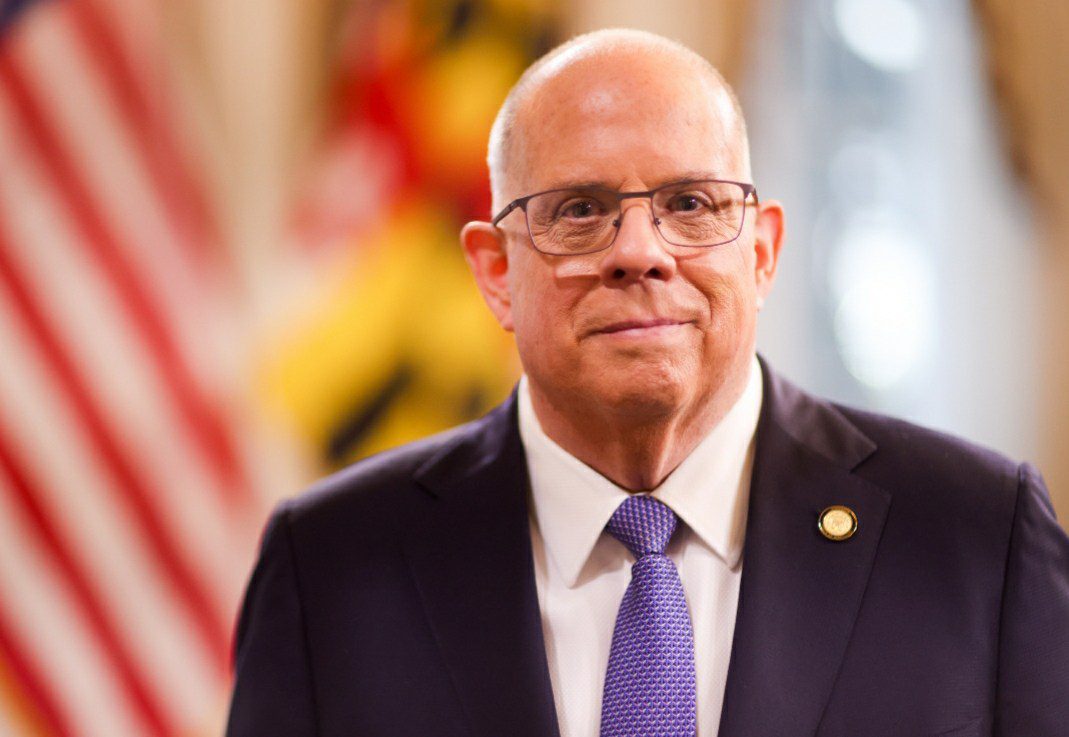 Want to know who Larry Hogan’s Wife is? People are lately showing their concerns about how things are going on in the Maryland governor’s life. Before getting into his marriage details, let’s look at his prominence in the political world.

Starting from the basics,  Lawrence Joseph Hogan is currently known for being the 62nd Governor of Maryland. He has been serving the same since 21 January 2015. Previously, the politician has served in other prestigious positions as well. It was back in 2003 when he joined as the Secretary of Appointments of Maryland and continued till 2007. For quite a long time, it was. Then, Larry Hogan became the Vice Chair and later the Chair of the National Governors Association as well.

Born on 25 May 1956, Larry Hogan is now 66 years old. He hails from Washington, D.C., United States. Little did you know, he pursued the degree of BA in government and political science from Florida State University. In 2011, Larry Hogan started an organization named Change Maryland.

Concerning Larry Hogan’s marriage, the politician is quite happy in his life. In addition to this, he serves as the stepfather of his wife’s children from her previous relationships. His extended family is quite happening, and it’s been several years of their togetherness. If you want to meet Larry Hogan’s Wife, here is what we know. 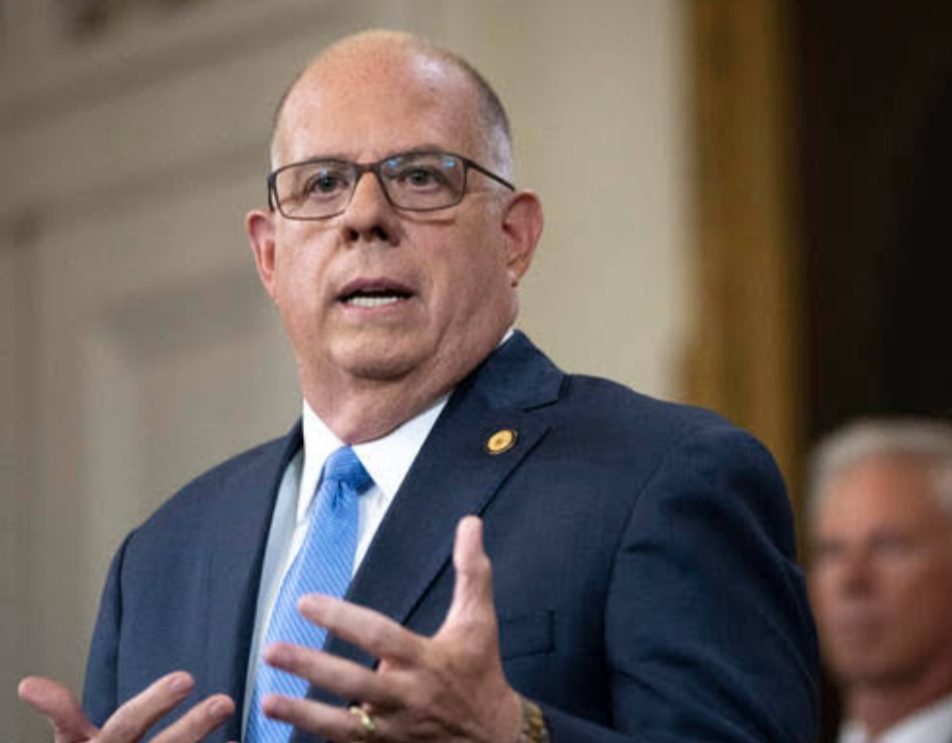 Also Read: Who is John R. Tyson’s Wife? The Controversy Around Him

Meet Larry Hogan’s Wife: Who Is She?

Talking about his love interest, Larry Hogan’s Wife is Yumi Kim. She is professionally an artist. However, Yumi Kim is considered the first Asian-American first lady in the history of Maryland. She has been serving the same since 21 January 2015. If you are concerned about her age, she is now 62, born on 25 December 1959. Where was Larry Hogan born? She was born in Naju, South Korea. Besides being a prominent figure in politics, her abstract landscape paintings are quite popular. Yumi also serves as an adjunct instructor at the Maryland Institute College of Art.

It was in 2001 when Larry Hogan and Yumi Kim met each other for the first time. Where? They met at an art exhibition held in Columbia. After some years, more precisely in 2004, they tied the knot. Both live together with family at their Government House in Annapolis. As mentioned above, he is the stepfather of three children- Kim Velez, Jaymi Sterling, and Julie Kim respectively. 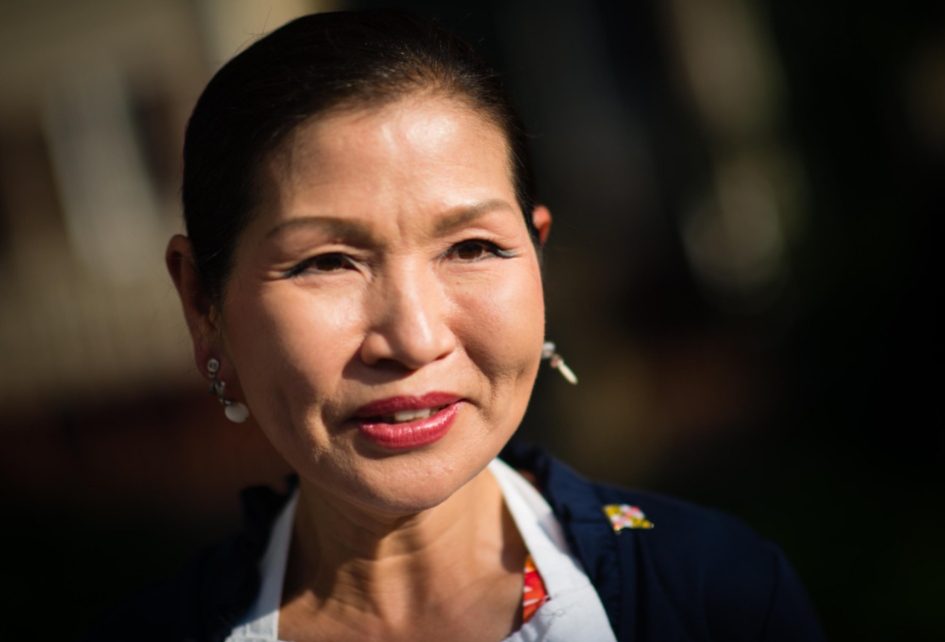 Last year, Larry Hogan and Yumi Kim purchased a mansion worth $1.1 million in Davidsonville. What for? It was an investment made for their post-Government House life. The house covers an area of 5600 square feet. Previously, the couple lived together in a four-bedroom waterfront home in Edgewater. But, they sold it in 2017 for $1.35 million. Larry Hogan also owned a condominium on Dorchester Street in Ocean City, having three bedrooms, reportedly bought back in 2008.

Several years back, Larry Hogan was asked about his wife, Yumi Kim, in an interview. He shared that Yumi was never very much involved with politics but has always been very good with people. Moreover, he often brings her up while campaigning. 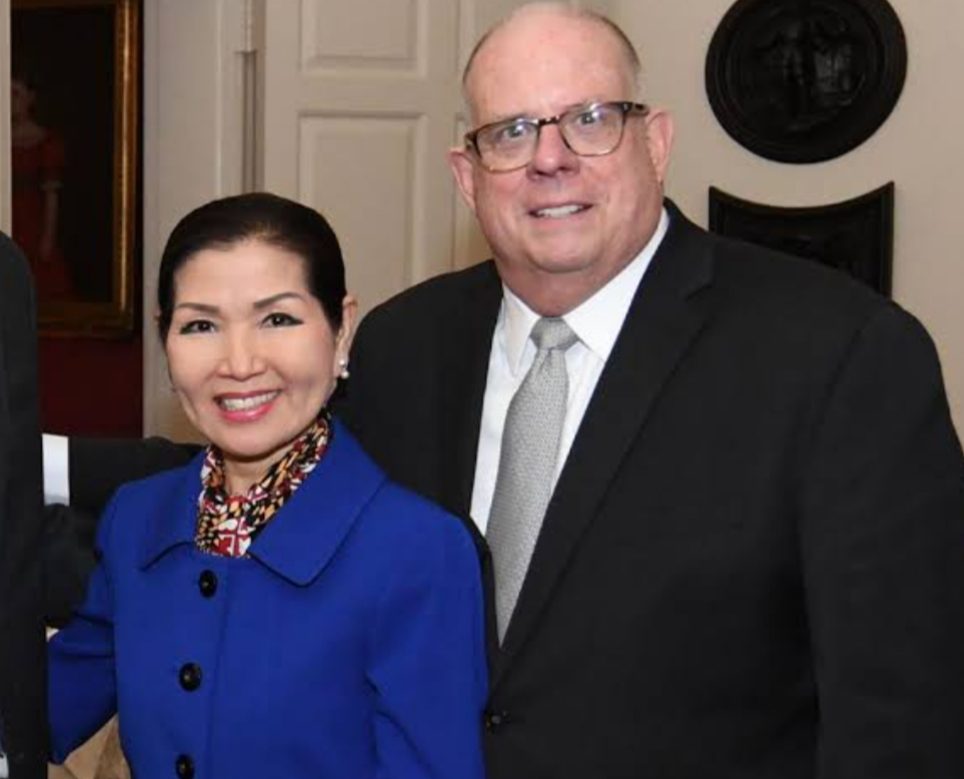 Larry Hogan and Yumi Kim are a happy couple.

Well, Larry Hogan’s Wife once shared that the politician didn’t know about her three daughters earlier. Once knowing, he accepted and greeted them happily, and that was when both started sharing a romance. Also, she took permission from her daughters about her second-time marriage.

Larry Hogan and Yumi Kim married at the Paca House and Garden in Annapolis. Their wedding ceremony also had elements of Korean culture. Also, Larry Hogan’s Wife, Yumi, is very traditional. She reportedly didn’t live with him before tying the knot. In the initial days, she was surprised by the rough nature of American politics. However, being his wife, he now she is well accustomed. She always focused and encouraged him to do the same for the right things.

Best Wishes to Larry Hogan for the upcoming days of his career. You may give the politician a following on his Twitter account for more updates. Also, hoping his marriage with Yumi stays strong forever like this.