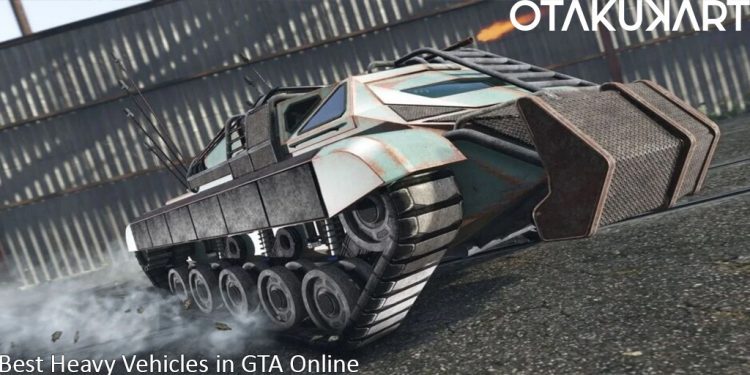 There are many videos or blogs on the fastest cars in GTA Online, but those fastest cars are sports cars, and boasting speed is what they have to do. But this blog is a little bit different from everything out there. In this article, we will look at a list of Heavy Vehicles in GTA V that boasts the speed, along with their heaviness. Every vehicle in this list has a price mentioned with them. But beware, these prices will empty your e-wallet. GTA or Grand Theft Auto is an open-world action-adventure franchise. David Jones and Mike Dailly created the franchise.

In 1997, the first game, Grand Theft Auto, was launched. The success of the first game leads to a whole big franchise. The games focus on the main character or characters, which rise in the criminal life for varying reasons. GTA franchise is known for modding among the fandom. And from GTA III onwards, all main titles are economically successful and critically acclaimed. And as of writing this article, the franchise has sold over 350 million units. Grand Theft Auto series is one of the best-selling game franchises of all time in the world. GTA V alone has sold over 100 million units around the globe. GTA V, to this day, is getting updates for new generation consoles. The latest release in the GTA series is Grand Theft Auto: Trilogy-The Definitive Edition.

The fifth-place vehicle on this list is not a heavy car but a truck called Brickade. It is an armored truck that can seat six people inside it. The Brickade came in GTA online in Further Adventures in Finance and Felony content update. The players cannot further modify the Brickade after purchasing it. This beast of a Truck can run at a maximum speed of 84 mph or 134 kph.

The number-fourth vehicle on this list is the iconic car that Trevor owns, Canis Bodhi. Bodhi is just an ordinary vehicle in the GTA online. All players have to do is go to a street and steal it. The Bodhi is also a modifiable vehicle in GTA Online. This iconic beast can run at the maximum speed of 99 mph or 160 kph.

The number-third vehicle on this list is Nightshark. Nightshark is an armored vehicle that came in GTA Online as part of the Gunrunning content update in the Nightshark Week event. It can seat four-person inside it. It is also an off-roading vehicle. After the purchase, players can modify the car. This vehicle can go to a maximum speed of 104 mph or 169 kph.

The vehicle in second place on this list is Barrage. Barrage is Weaponized ATV. The Barrage came in GTA Online in Doomsday Heist Update DLC and can seat only four people in it. The players can modify Barrage after purchasing it. Barrage will run on any type of terrain in the game. The top and maximum speed of Barrage is 109 mph or 175 kph.

The vehicle that takes first place on this list is none other than the mini or low-profile tank, Scarabs. This mini tank came in the GTA Online in Arena War DLC update and can seat four people. The players can modify the Scarabs after the purchase. It is an off-road vehicle. Though a tank, this beast can go to a speed of 120 mph or 192 kph.

Also Read: Where to Find All UFO Parts in GTA V? The Entire List.