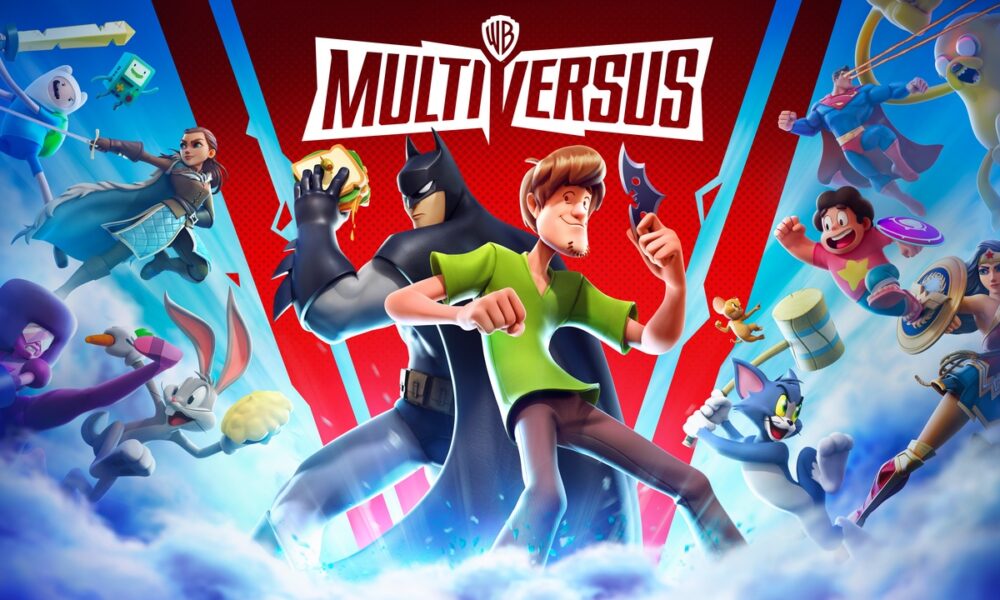 The most recent platform fighting game, MultiVersus, allows players to participate in local multiplayer co-op. MultiVersus pits characters from various Warner Bros. universes against one another, this game is W.B.’s answer to the Marvel Avengers and Nintendo Smash Bros. franchises. The characters that can be selected by players include classics like Tom and Jerry, Shaggy, DC superheroes, characters from more recent shows like Steven Universe and Adventure Time, and even Arya Stark from Game of Thrones. Players have a choice of 16 characters at launch, but MultiVersus will soon have additional characters available for download through Founder’s Packs or the in-game store.

Players may be interested in knowing if there is a MultiVersus split screen option that enables them to participate in cooperative or competitive games on the same console or P.C. Fighting games have a lot to offer, including the fun of cooperative play. Even if you can’t access online matching, asking a friend or family to join in with the second controller can lead to a good time. Because MultiVersus draws inspiration from Super Smash Bros. as well, you might wish to arrange a big party with lots of players joining in for intense fights. So let’s find out if MultiVersus Is A Split Screen Game.

Since matches are played on a single stage, and each player can see their character at once, MultiVersus technically lacks split-screen capabilities. There is local multiplayer, but no MultiVersus split screen. Fighting games, unlike first-person shooters, don’t require the screen to physically split for two different P.O.V.s, so this is primarily a semantic issue. Instead, whenever playing locally with another person, you will simply share control of the characters that are displayed on your screen. 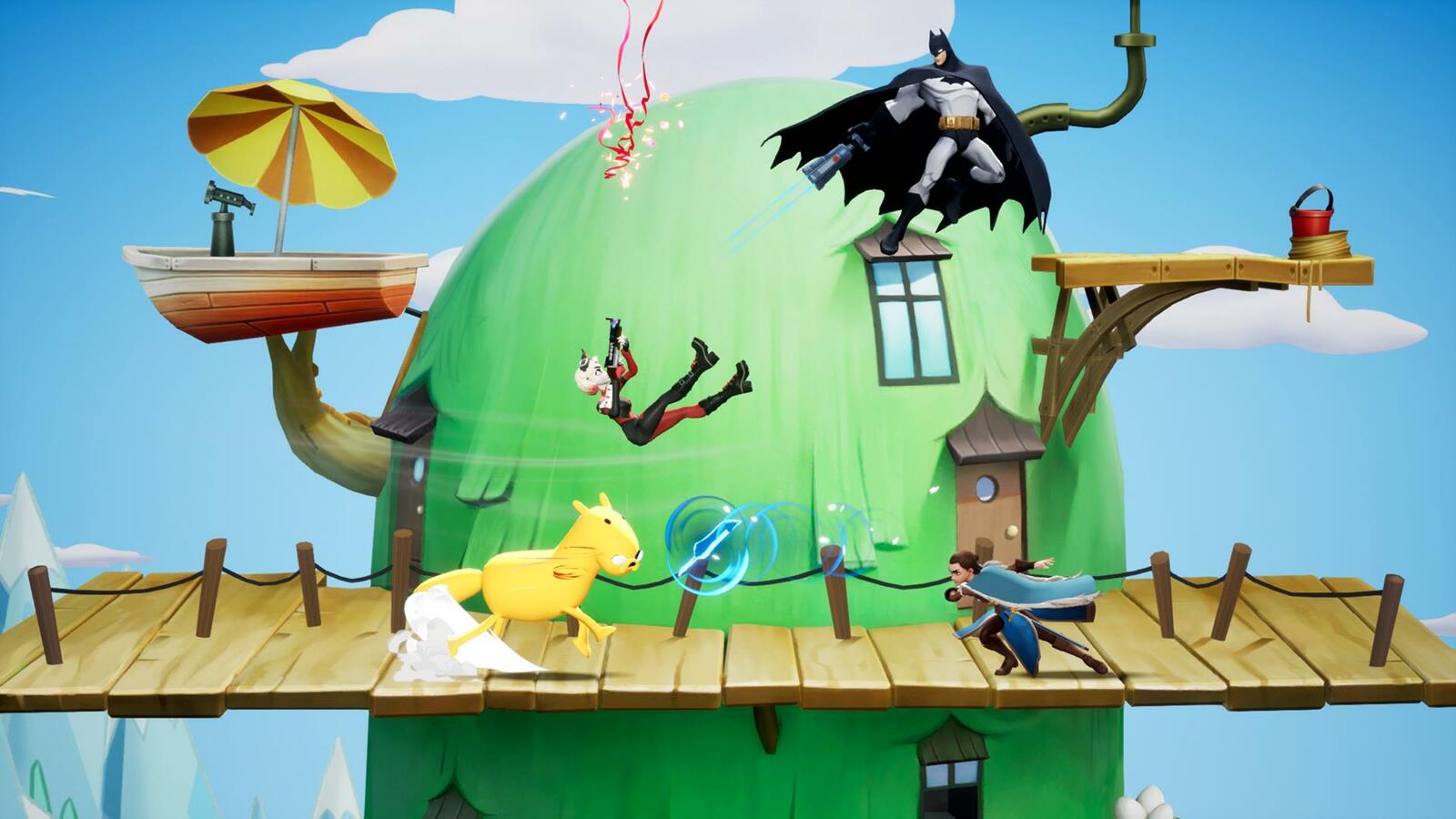 This feature was included in the most current open beta, which started its early access period on July 19 after having been heavily requested during the earlier alpha and beta phases. It can handle up to four players at once, enabling you to play 1v1 and 2v2 matches as well as a free-for-all where each player is playing alone. Local multiplayer is a great way to practice characters you might not have because it gives players access to all characters and perks.

Also Read: When Will MultiVersus Open Beta be Released? Everything We Know this Epic Game!

While it’s not right away accessible from the main menu, users can put up a custom match that allows local multiplayer. Follow these steps to enter this mode: Click Play on the Main Menu, Select the Custom Play tab, Select Local Multiplayer, and finally, Choose a Character, get ready to fight! 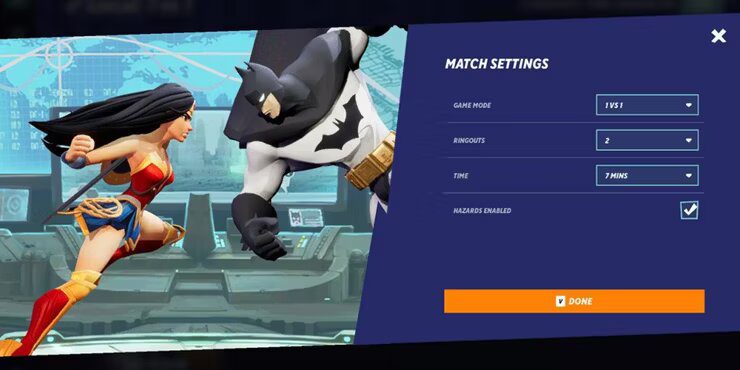 Players can change the settings after starting up a local multiplayer game. To do this, select Match Settings. From here, players can modify the number of participants, the MultiVersus game style, the number of Ring Outs required to win, the time limit, and whether or not to incorporate environmental hazards. There are presently five playable maps: the Training level, Scooby’s Haunted Mansion, Scooby’s Tree Fort, the Batcave, and Trophy’s E.D.G.E. After its formal launch on July 26th, MultiVersus will probably release more levels, but in the meantime, players can play local multiplayer matches in any of these five settings.

Currently, we are aware of five possible MultiVersus game modes in this fighting game.

The rules for this game mode are rather simple. It’s a one-on-one fight or sort of a duel. Not all of the MultiVersus maps and stages have scaled-down versions for 1 vs. 1 game styles. In this intense mode, expect plenty of space.

This more conventional game option puts you and a partner against another pair of players in a 2 vs 2 team-based battle. You’re going to have to work together to succeed in this stressful situation. 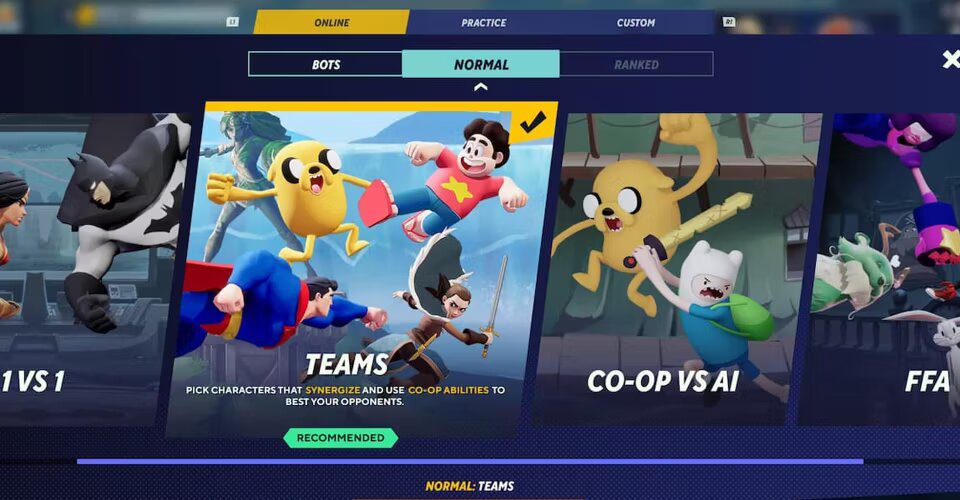 This is a wonderful place to practice. Two players from the same guild will be able to participate in a match and engage in 2 vs 2 combat against CPU-controlled opponents. This game mode is for you if you need to practice coordination.

Free For All, sometimes known as F.F.A., is a game mode where four players compete against one other in a 1 vs. 1 vs. 1 vs. 1 format. In-game objects are supposedly only present in this game mode, however, this may change by the time the actual game is released.

Players can successfully train and practice MultiVersus in the entirely offline mode known as “The Lab.” Players can pick their opponent and modify their behavior in this game mode to fit their preferences. If you need to take a look at any locked fighters, variants, or perks, they will all be accessible in this mode.

Also Read: What Happened To The Humans In Stray?