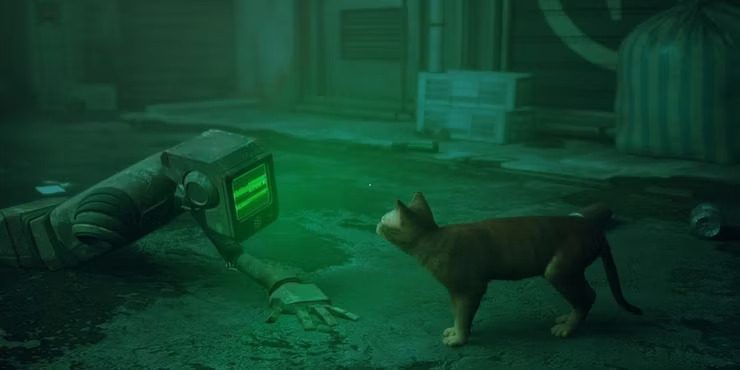 What Happened To The Humans In Stray

The moment Stray was originally released, the gaming world fell in love with it. Stray is one of the most popular independent games of 2022, with features like cuddling with NPCs, a specialized meow button, and a larger cyberpunk mindset. After the success of BlueTwelve Studio’s first title, expectations are now high that the studio will carry this success over to its upcoming works. Some have even questioned whether Stray would see a sequel.

Although Stray is a little game, it presents a complex story with numerous complex elements. While players solve some of Stray’s challenges, certain open questions or unresolved issues have been left unexplained, fueling rumors of a sequel. One such mystery is the fate of the humans who created the world in which Stray is set and left behind a race of robots defending against the growing, all-consuming menace of Zurk invasion. The premise of Stray primarily relies on references to a plague that reportedly wiped out humanity, and this plague’s origins may be considerably darker than players initially think, with hidden hints to the truth.

What Happened To The Humans In Stray?

Players can find out what really happened to the earlier humanity through B-12’s jumbled memories, various environmental narrative elements, and NPC interactions. Early on, it’s simple to think that the extinction of humanity was brought on by the omnivorous alien Zurks. But B-12 later reveals that the Zurks actually arrived after humans had left, not before, and that they were simply hyper-evolved bacteria created by humans to deal with the garbage overflow in the sealed city. Though not directly to blame for humanity’s demise, the Zurks do offer the first hint as to the real cause: messing with science. 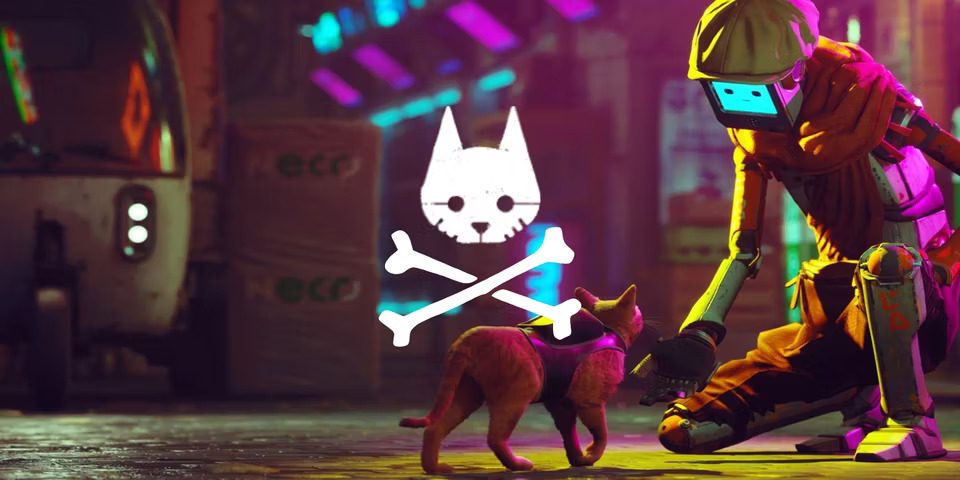 By the end of the game, it becomes apparent that the humans were actually wiped off by a plague, as proven by B-12, who is arguably the last remaining human. The plague is never given a name, no symptoms are ever listed, and no cause is ever specified, even when the credits start to roll, it is still completely undefined. However, it may be deduced from the context that the plague struck after the city had been confined, not before. This indicates that whatever the disease was, it had spread quickly within the tightly enclosed setting of the city and thrived there, with those in authority doing little to stop it.

How Did The Plague Spread?

There are other hints that are less immediately made out to the player, and that could be easily missed if they don’t know with certainty what the plague was triggered by or how it spread. For instance, it is mentioned that the city the player travels through was walled off from the “Outside” because it was unfit for supporting human life. However, B-12 immediately ignores this truth, insisting that everything must be safe now that the cat has arrived from outside and is in good health. However, this is the second hint that gamers can overlook: beyond the cats and a few birds, there are no signs of life. More importantly, gamers should consider why a cat was chosen as the game’s main character. 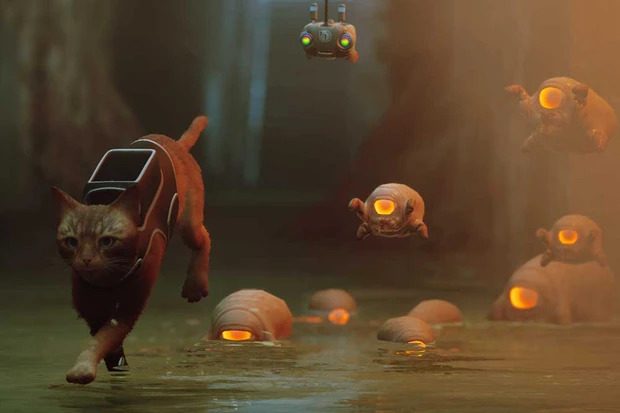 It is implied that there may be a more sinister connection between the cats’ ability to survive outside of the city’s walls and the spread of the illness that led to humanity’s death. It suddenly becomes a possibility that perhaps humanity had been testing with more than simply trash-eating germs when it is combined with the earlier finding that mankind had been performing genetic experimentation and changing bacteria. For instance, “T. gondii” is a parasite that can infect warm-blooded animals and cause toxoplasmosis. More significantly, though, it is well-known for its rapid spread and reproduction among domestic cats, which is ironically the most common method it then infects humans.

The Cats Were Responsible?

Finally, by combining these theories, it indicates that humanity’s scientific achievements may have unintentionally contributed to their own extinction. It’s possible that the T. gondii parasite, which scientists had altered to make it more harmful, escaped and moved into domestic cats. Once inside the walls of the enclosed city, it then spread rapidly among the people. The domestic cat shows how simple it would have been for the stray parasite to spread because humans readily feel compassion for cats without giving it a second thought, as proven by the gaming community’s response to Stray. This is in addition to the human race’s natural love of cats, which is represented in the robots. 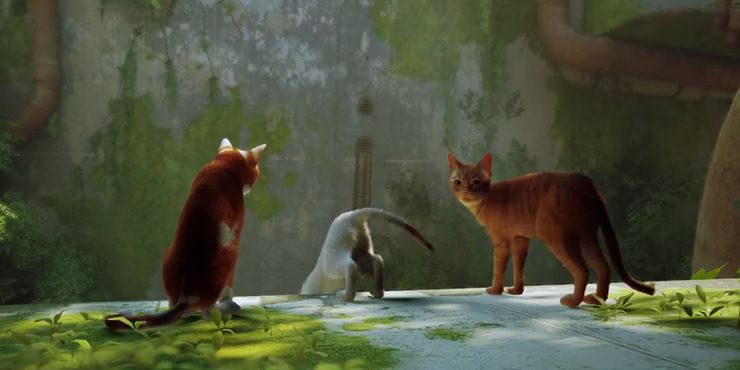 What Happened To The Humans In Stray – The Cats Were Responsible

Beyond B-12’s assumptions about the Outside being near-apocalyptic, there is no particular timeline for when the city was initially sealed or why it happened, therefore, it would actually make sense that the city was sealed in reaction to the plague. Humanity might have been trying to stop the pandemic by attempting to confine the cats outside the city limits under a hermetic dome. Since they were known of the plague’s origins and chose to keep quiet, as well as realized that despite their efforts, there was nothing more to be done as it grew, this would even help to explain B-12’s views on how uncaring and useless the humans were in treating the plague.

With the humans believed dead and the main character cat returning to the city, the only life forms seen are birds, Zurks, and robots. Since robots are inorganic and may not be warm-blooded, and since Zurks were originally bacteria, the two may be immune to parasitic infection. Robots can never become infected, no matter how often they pet the cat. Birds, on the other hand, may have only managed to survive by luck, as their natural need to escape from predators like cats may have prevented them from becoming infected. There aren’t any other creatures in-game like rats, raccoons, foxes, or dogs, thus, it’s possible that they perished from the parasite as humans did. 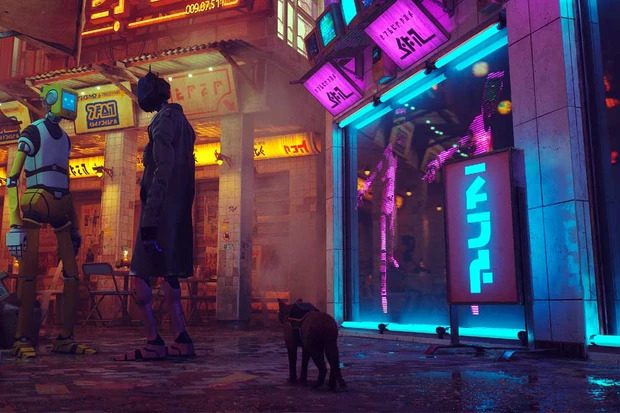 What Happened To The Humans In Stray – Plague Aftereffects

Despite being theoretical, Stray provides enough evidence to support a darker story that might be hiding beneath the appealing graphics and characters. For an independent game that took a unique direction in gameplay, it’s possible that BlueTwelve Studio decided to keep the scope of its story small in order to make sure that the gaming experience was perfected. After the game’s response, the studio is now in a good position to think about the game’s future because it has successfully tapped into a certain segment of the gaming market. The universe created by BlueTwelve in Stray could be further explored in Stray sequels or DLCs, perhaps even digging into the question of whether or not humans survived or the origins of the plague.

B-12 The Last Human Left

The cat and B-12 eventually reach the fortified city’s command center at the end of the game. In contrast to the other parts of the underground metropolis, this one is clean. In a sense, the area represents the metropolis at its peak. Furthermore, it appears to be the only exit. Unfortunately, the process of confinement is still ongoing. The doors are, therefore, still locked. 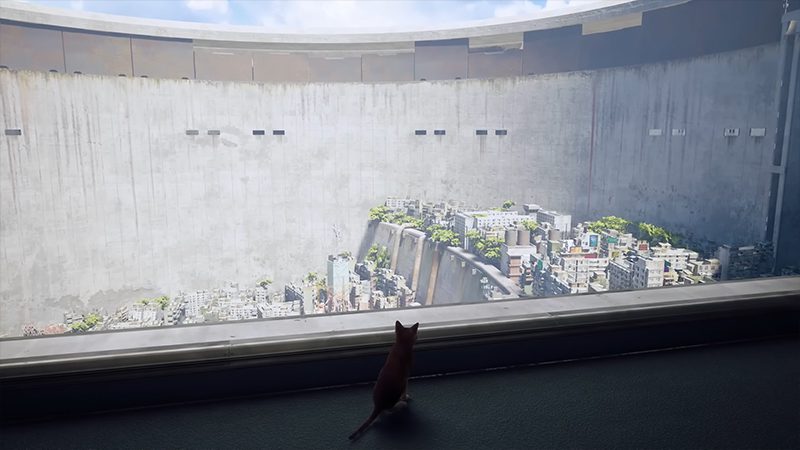 What Happened To The Humans In Stray – The Ending

B-12 enters the center of the control room with the cat’s claw and finds the rest of its memories there. B-12 was imprisoned because he was once a human scientist who witnessed the virus that wiped all humanity. B-12 tried to put his consciousness into a robot body in his original form, but something went horribly wrong.

He was therefore left in an electronic coma for hundreds of years. The B-12 drone functioned as the scientist’s very last recipient of a body, thanks to the cat. B-12 is more eager than ever to help the cat open the city because, in a sense, he is the only human left on Earth. However, in order to avoid the lockdown, he must activate certain systems. B-12 experiences electrical blowbacks when interfacing with computers, which harm the electronics of his drone. By the time B-12 is ready to unlock the doors, he confesses that he was aware doing so would require giving his life.

As he says a final farewell, B-12 breaks the lockdown and announces that the Companions, as well as the cat, are in charge of the future. The cat clings to the drone as it falls to the ground and weeps for B-12. But the price B-12 paid was worth it. The mutant Zurks and robotic Sentinels who had earlier chased the cat are eliminated as the city grows, giving the Companions their first view of the sky. At the end of Stray, the cat finally leaves the city, possibly to find its friends again. 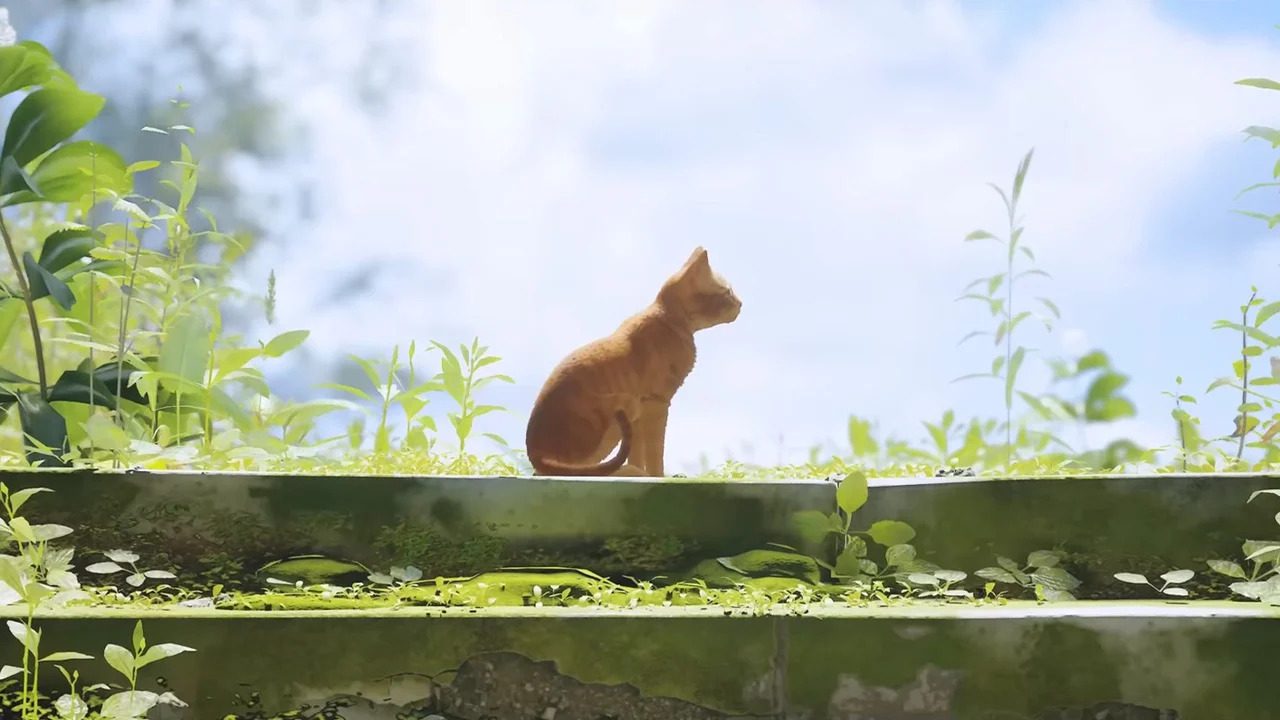 What Happened To The Humans In Stray – No More Humans

Somehow, there have been online rumors that the cat dies at the end of Stray. These rumors even seem to have caused some players to quit playing the game. Let’s clear the air by stating that the cat looks to have survived the game.

But as was already mentioned, near the end of the game, the cat regrets the passing of B-12, its lone friend. Throughout their journey, the two remained friends and wanted to continue traveling together. This makes the moment undoubtedly bittersweet. The cat can only die at this point in the game by tripping and falling into the virtual void below. As a result, players are free to make the cat cuddle with B-12 as long as they want to. The cat may have been killed by Zurks or Sentinels earlier in the game, however, those endings are not canon nor irreversible. Regardless of what happens, Stray’s story ends with the cat still alive and continuing on to an unknown fate.

Also Read: Everything You Need To Know About The 7th Celebrity Softball Game