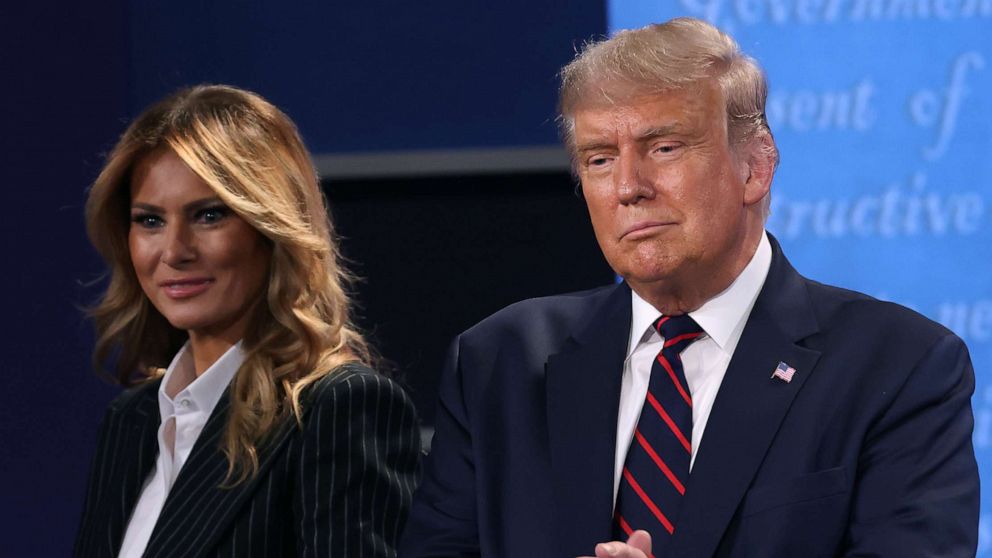 It has been 17 years since Donald, and Melania Trump got married. For the couple, first came love, and then came marriage. The couple’s love story began in New York, where Donald met the Slovenian model in a nightclub. They both shared excellent chemistry from the start. After five years of their fateful first encounter, the pair tied the knot.

The couple got married at the Episcopal Church of Bethesda by the sea in Palm Beach, Florida. With guests like Hillary and Bill Clinton, Kelly Ripa, and Mark Consuelos. It was a quick but beautiful and perfect wedding, according to Simon Cowell, who also attended the wedding. The couple tied the knot in a lavish $42 million-dollar ballroom at their Mar-a-Lago estate. The compound is crammed with 24-karat of gold moldings, custom-made crystal chandeliers, and marble floors covering 11,000 square feet.

Also read: Ivanka Trump’s Divorce: Who is She Currently Married to?

Melania wore a stunning Christian Dior gown with a 13-foot train which cost $200,000. In fact, she also graced the cover of Vogue magazine wearing “the dress of the year”. Her beautiful wedding ring was from Graff Jewelers, costing $75,000! At the time, Donald was 58 years old and completely confident in his third union. Melania also, when asked in an interview with Larry King on Larry King Live show, said that after being together for five years, she was confident. 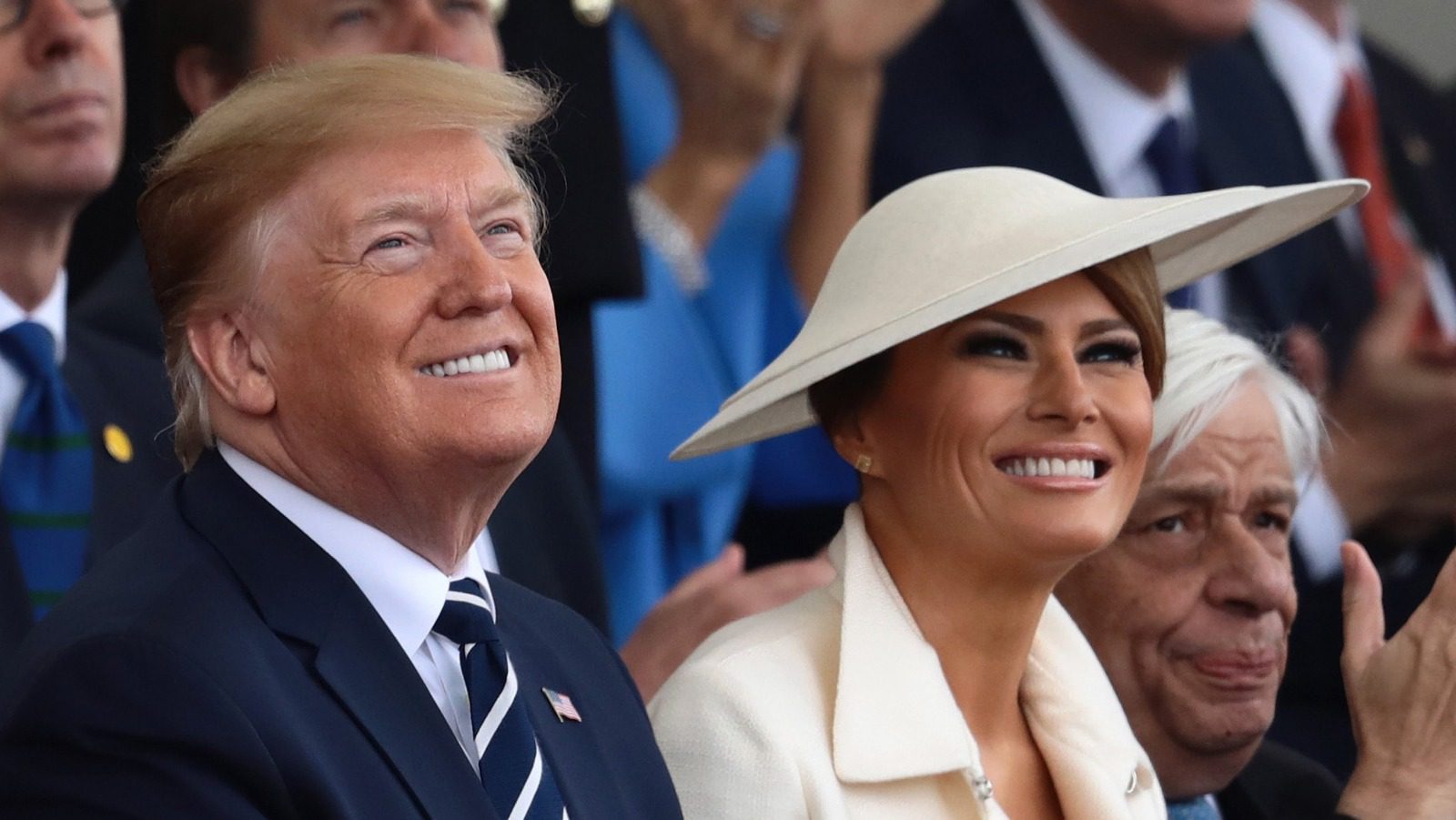 After the couple got married, they planned on having children. In an episode of Larry King Live, he said that he is not going to be doing the diapers; Melania would be an excellent mother. Eventually, they welcomed their only child, Barron Trump, in 2006. After the birth of their child, Donald changed his mind about the fatherly duties as he told “People” that he loves to feed the baby, not because he has to but because he just loves it.

The couple raised their child in their lavish penthouse of Trump Tower in New York City. They made sure that Barron was protected from the media’s scrutiny. Once Donald was sworn into office, Barron had a motorcade accompany him to school in Manhattan. Melania stayed in New York for six months to help Barron complete his school year. After that, they moved to the White House over the summer.

Donald was married twice before Melania. His first wife was Ivana Trump, who he was married to from 1977 to 1992. He shares three children with Ivana, Donald Trump Jr., Ivanka Trump, and Eric Trump. The children enjoy a lavish lifestyle, and they all work for their father.

There have been various instances where Donald Trump reaches for his wife’s hand in public, and she just bopped. With these swats seen around the world, people are left wondering if their marriage is in crisis! The Lincoln Project also posted a Twitter Compilation of all the times Melania Trump denied Donald’s hand. 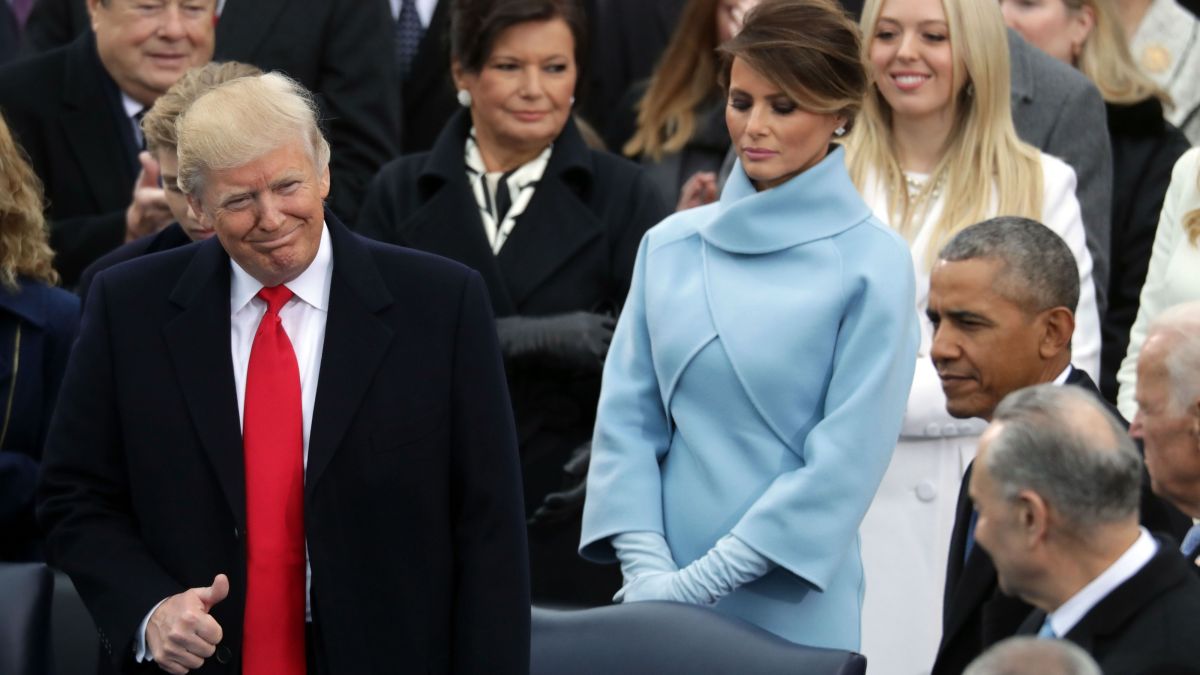 Keeping aside the hand-holding fact, the video also included an awkward Melania Trump moment that was captured by millions. In the video clip that was filmed on Donald’s inauguration day, Melania is seen smiling at her husband, but he turns her face distorts into a frown!

This moment brought a lot of buzz in the media, with many taking Melania’s actions to mean that she is not happy with her marriage. In her book Free Melania, author Kate Bennett states that the couple no longer says I love you to each other.

During Donald Trump’s inauguration, the media began commenting on Melania’s possible misery. After the frown went viral around the world, Melania had a very awkward-looking first dance with her husband. During the awkward dance, Donald and Melania did not have any eye contact, keeping a noticeable distance from each other.

Soon after these events, the hashtags like #SaveMelania and #SadMelania began trending on social media. The very next day, there was a protest that held signs at the Women’s March that had “Free Melania” on them.