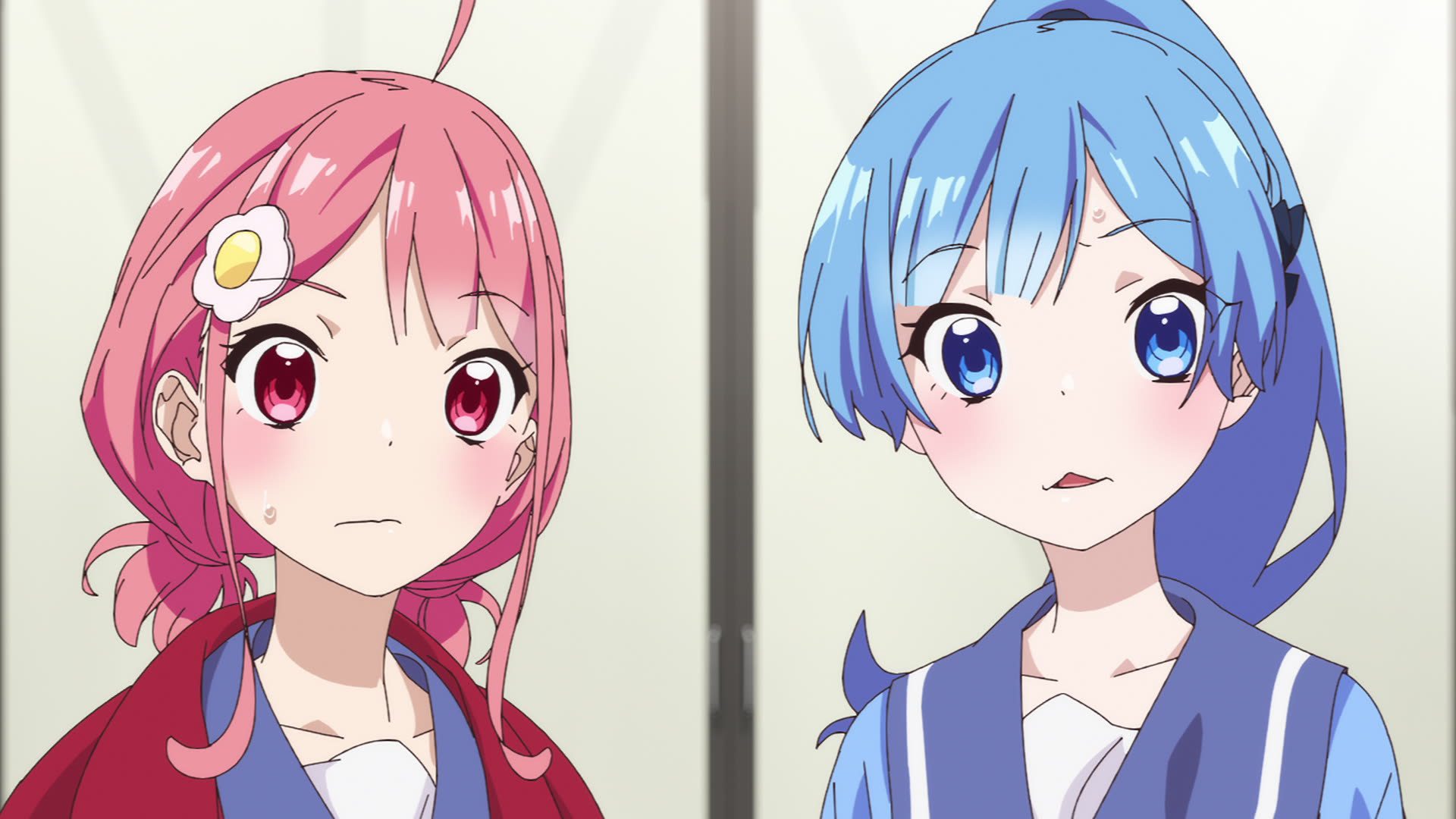 Teppen!!!!!!!!!!!! Lughing’til You Cry Episode 6 is set to release this weekend. A Japanese manga series titled Teppen is written by Inujun and illustrated by Namamugi, and is based on the Seiyū San-Shimai Team Y made up of Mikoi Sasaki, Aimi, and Ayasa Itō. An anime television series adaptation by Drive titled Teppen Laughing ’til You Cry premiered in July 2022, adapted from Bushiroad’s shōnen manga magazine Monthly Bushiroad since January 2021.

In this story, the protagonist is a young wannabe comedian and their struggles along the way. While comedians make people laugh, it is difficult to cover your dark emotions and make fun of yourself at the same time. Even comedians’ lives aren’t as horrible as they sound. Every day is a prank, and life is a stage on which you must perform to your fullest potential. During her freshman year at Osaka’s private Kazuki High School in Nanba (the entertainment district famous for its comedians’ starting points), Yayoi Sakamoto becomes a diehard fan of comedians and comedy acts.

When she meets Yomogi Takahashi, with whom she once formed a comedy duo called Konamonzu as a child, they decide to prepare a routine for a local shopping center’s contest. However, they are approached by a mysterious woman at that time. There are only five episodes released yet, and get popular day by day. Fans are excited for the next episode of Teppen!!!!!!!!!!!! Lughing’til You Cry.

The episode started rather strangely. I wasn’t quite able to grasp the loop and thought it would be more about the lolz than anything else. Since I was invested in seeing this loop and theorizing what was causing it, I guessed that it was just an overly-complicated training set up by the orange and purple girls since the middle one isn’t interested in alien RP as much as they are (doesn’t explain resetting time). I was a tad surprised at the reveal because I thought the loop would give a lot of video game vibes. I enjoyed seeing her mess up and retry every mistake, just as frustrating as being stuck in a boss or having to push through dialogue and cutscenes to get to the last part. I thought the final lamp was just wrong, and it caught my attention. 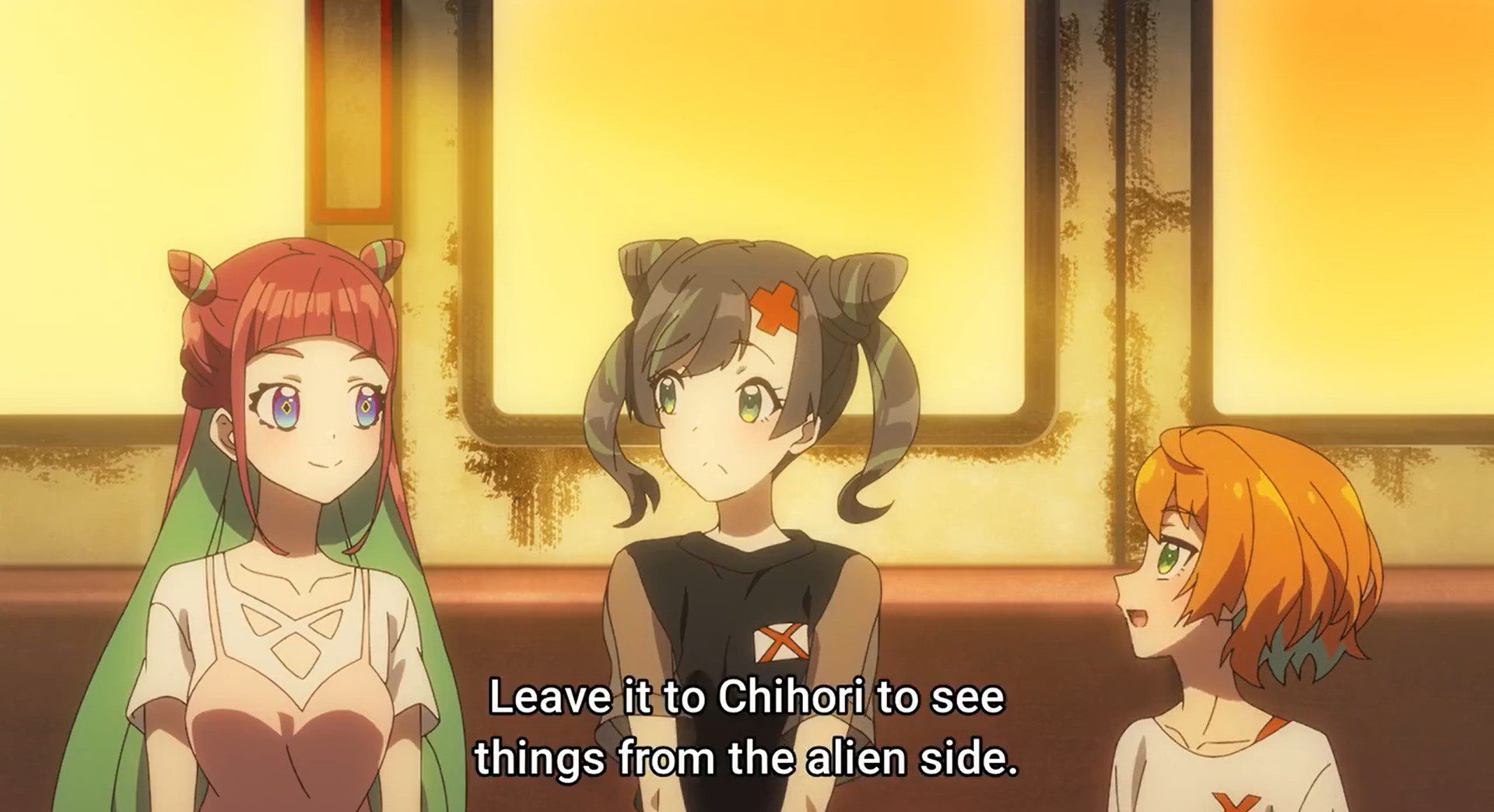 I enjoyed the whole meta-ness of this episode. I’ve been looking forward to an episode featuring the Hokkaido unit, and this episode did not disappoint. At the end of the episode, Yuina reset the groundhog day time loop right at the finish line, keeping me on my toes.

As a fan of comedic acts and comedians, Yayoi Sakamoto enrolls in the private Kazuki High School in Nanba (the entertainment district of Osaka, where many comedians get their start). During her visit, she reunites with Yomogi Takahashi, who was once a childhood friend with whom she formed the comedy duo “Konamonzu” when they were younger. 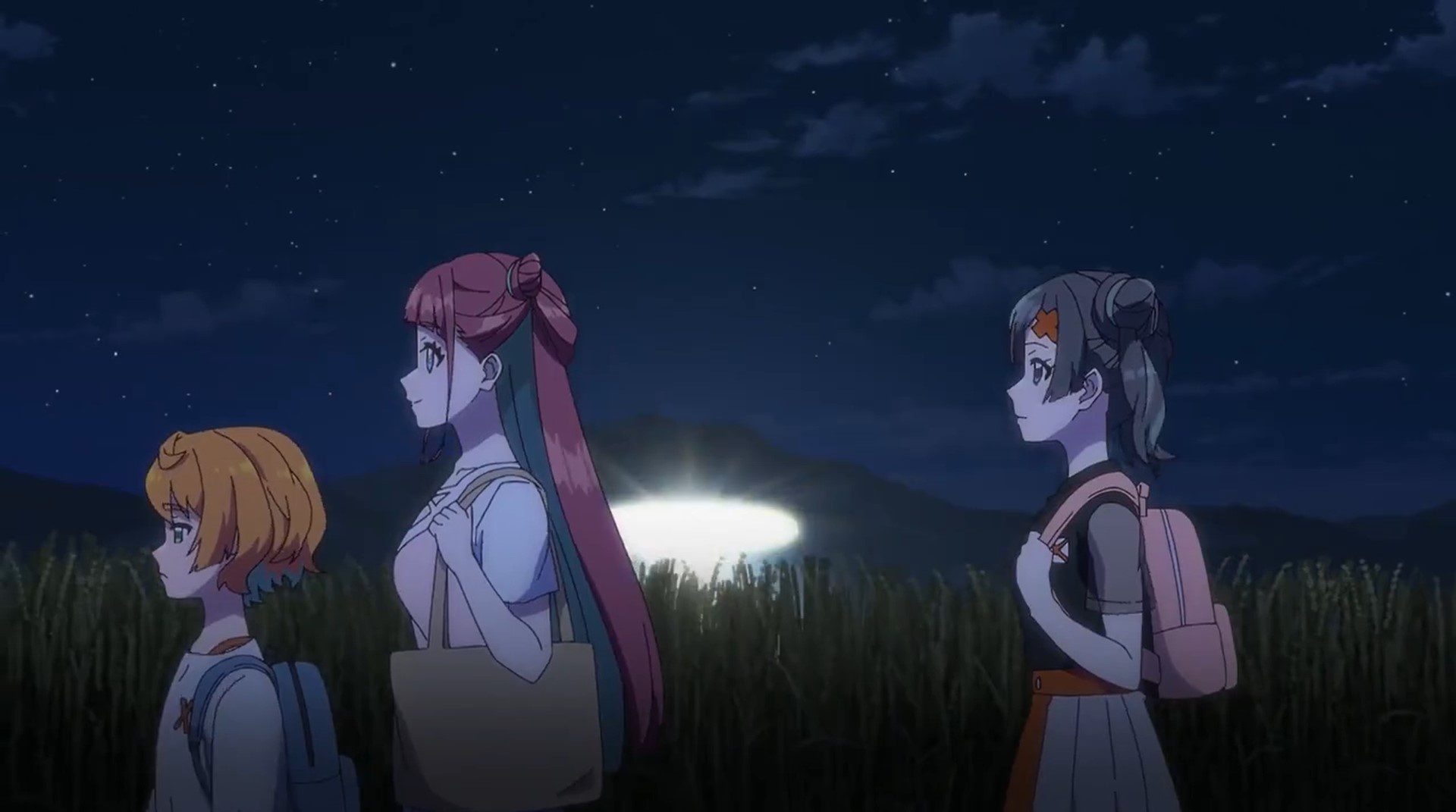 Soon, they’re putting together a routine in a park as they did before, in preparation for a contest at a local shopping center. At that moment, a mysterious girl approaches them.