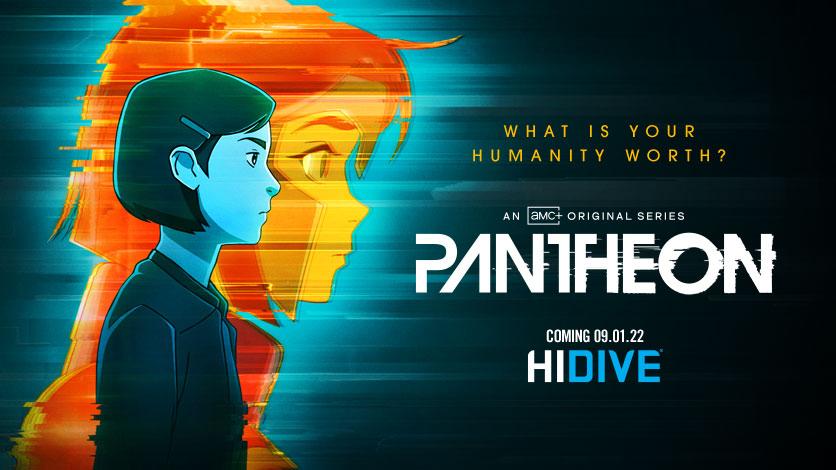 Last week, Episode 6 from the debut season of Pantheon, saw the narratives of the two leads, Maddie and Caspian, merging into one and finally connecting their storylines as much awaited. A dying Cary did not want to be taken to a hospital as Caspian drove him away from the crime scene. So, he decided to call Maddie to see if she could help.

Meanwhile, Chanda attempted to create new cyberspace for the other UIs by teaming up with the glitches, and back in Norway, Pope was fretting about the failure of the Caspian Project and the recent breach in the system. But Van Leuwen advised his superior to keep hope.

Subsequently, Cody got Cary admitted to a hospital, and Maddie took Caspian home, where he was introduced to Laurie and David through VR. Laurie had started glitching more frequently, for which she and David had thought that merging minds to create a renewed consciousness would help. But, Caspian suggested that they should try rotating their memories instead, which would clear more space. Then, we saw a potentially new antagonist emerge in Chanda, who lost his reason and foolishly laid out the Uploaded Intelligence (UI) technology for the world to abuse, leaving the others shocked. In the ensuing panic, Caspian rushed out, declaring that he wanted to enjoy the little time he had left before the inevitable apocalypse.

The episode, entitled You Must Be Caspian which dropped on Thursday, September 29, took us closer to the season finale, which is expected to be riveting if the fast-moving events of the past few episodes have indicated anything.

In the episode scheduled to release this week, the seventh of the season, things about Caspian’s past are revealed as deals with an ill-timed existential crisis. Fortunately, he has a true friend in Maddie, who helps him get through this dark phase in his life.

The episode titled We Are You then sees Caspian searching for a new life as his superpowers grow. However, there is danger looming when Chanda, together with Laurie, contemplates choices that could alter the shape of the very world for good.

The debut season of this adult animation series premiered on Thursday, September 1, 2022, at 12 AM PT on AMC+. New episodes come out every week on Thursdays at the same time and on said channel. Episode 7, in particular, is slated to drop on Thursday, October 6.

Pantheon Season 1 Episode 7: How to Watch

Pantheon Season 1 is available in the United States to watch on AMC+, AMC+ Roku Premium Channel, AMC+ Amazon Channel, HiDive, and DIRECTV with a subscription. In addition, the show may also be watched for free with ads on The Roku Channel.

For fans in Canada, the sci-fi series is currently streaming on AMC+, HiDive, and AMC+ Amazon Channel.

However, as per the latest reports, the show is not available to stream in Australia or in the United Kingdom just yet, but fans of the show are hopeful it will be sooner than later that Pantheon is accessible to them.

Pantheon revolves around a bullied young woman, Maddie, who starts receiving mysterious messages to help her deal with her struggles from an online stranger, who is later revealed as her father, David, who passed away not too many months ago.

Apparently, David’s consciousness had been uploaded to the Cloud in a preliminary brain scan which ended up destroying him. And in her efforts to find out what the truth is, Maddie chances upon a global conspiracy involving a new species called “Uploaded Intelligence” or UIs, which might trigger a new world war, one that would be entirely different from its predecssors.

For everyone who is getting AMC+ for #InterviewWithTheVampire I highly recommend checking out #Pantheon on the same platform. Incredibly good show. #PantheonAMC pic.twitter.com/xM6y0a4eys

Tension has been building up big time, and with Caspian driving off before revealing the internal functioning of his program, the fans are especially excited to find out what the boy wonder meant by memory rotation. Moreover, Maddie’s perspective on her father David’s altered state after losing more of his memories is much awaited.

Chanda, who had announced himself to be a God, obviously has to be stopped, and fans are convinced that David and Laurie have a master plan just for that.