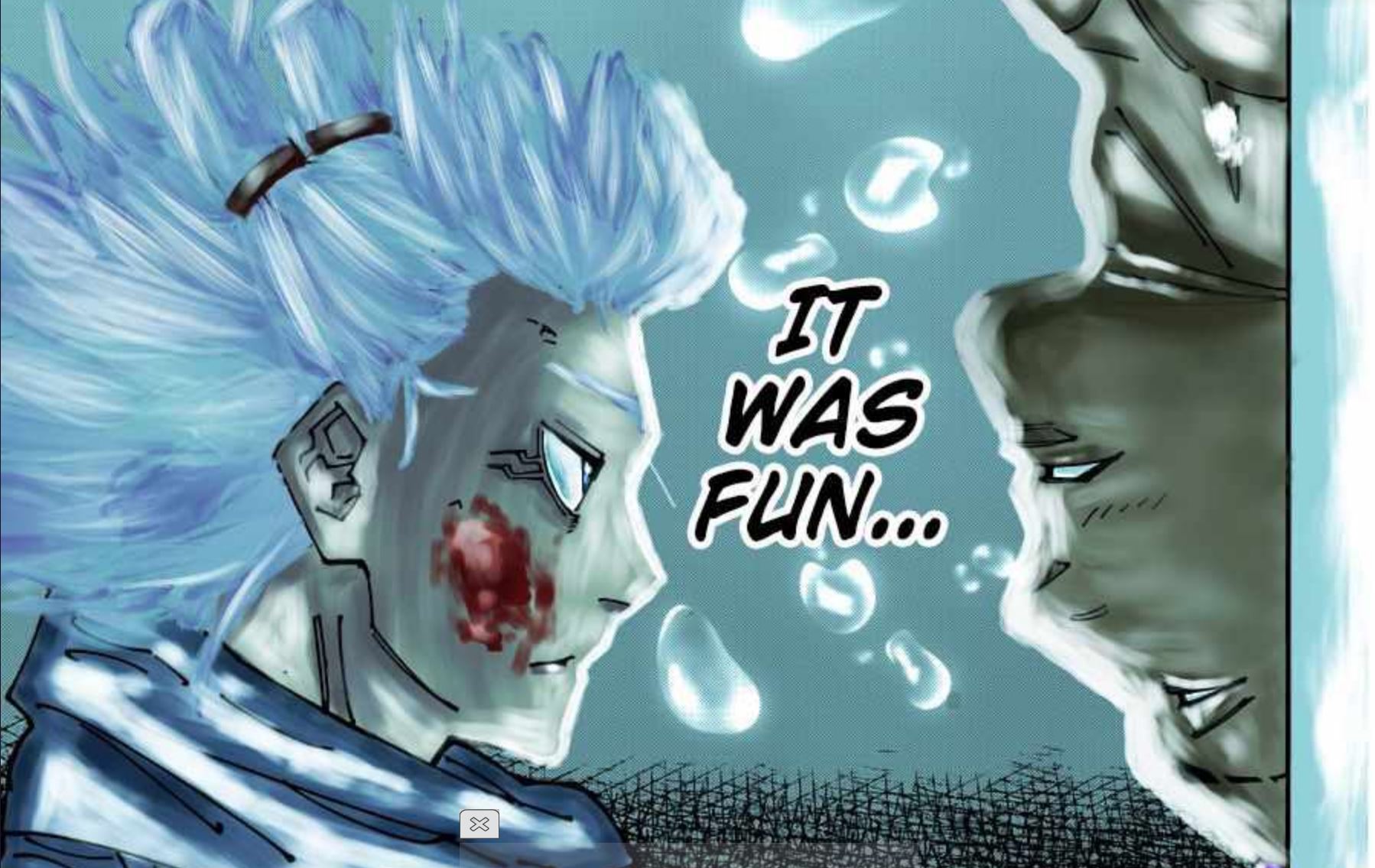 Jujutsu Kaisen Chapter 190 on a break

Jujutsu Kaisen Chapter 189 proves that Kinji Hakari doesn’t give up even when he runs out of luck, and that’s what makes him stand out. He continues to bet on his Restless Chamber Domain Expansion, and strangely enough, the technique saved him almost every time. However, he isn’t the only one risking it all. Kashimo can do anything to win this fight and then continue searching for Sukuna. What will be the outcome of this nail-biting fight? We will find that out in Jujutsu Kaisen Chapter 190.

Chapter 190 ended with Hakari landing a heavy blow on Kashimo’s face. Although he was suffering from the hot water and the chlorine gas, he regained his composure just at the right time. Akutami sensei has often taken breaks just before the finale of an intense fight. Will he be doing the same this week? We bring you the latest chapter updates of the Jujutsu Kiasen manga.

Jujutsu Kaisen Chapter 190 will take us to the climax between Kinji Hakari and Hajime Kashimo. There’s no way of telling who has the upper hand right now. None of them have enough cursed energy left to drag this fight any longer. Keeping all the odds aside, we are still betting on Hakari to emerge victorious. Well, he surely can’t pull off another domain expansion. He must rely on his brute strength. On the other hand, Kashimo has already started acting recklessly, and one wrong move can cost him this fight. 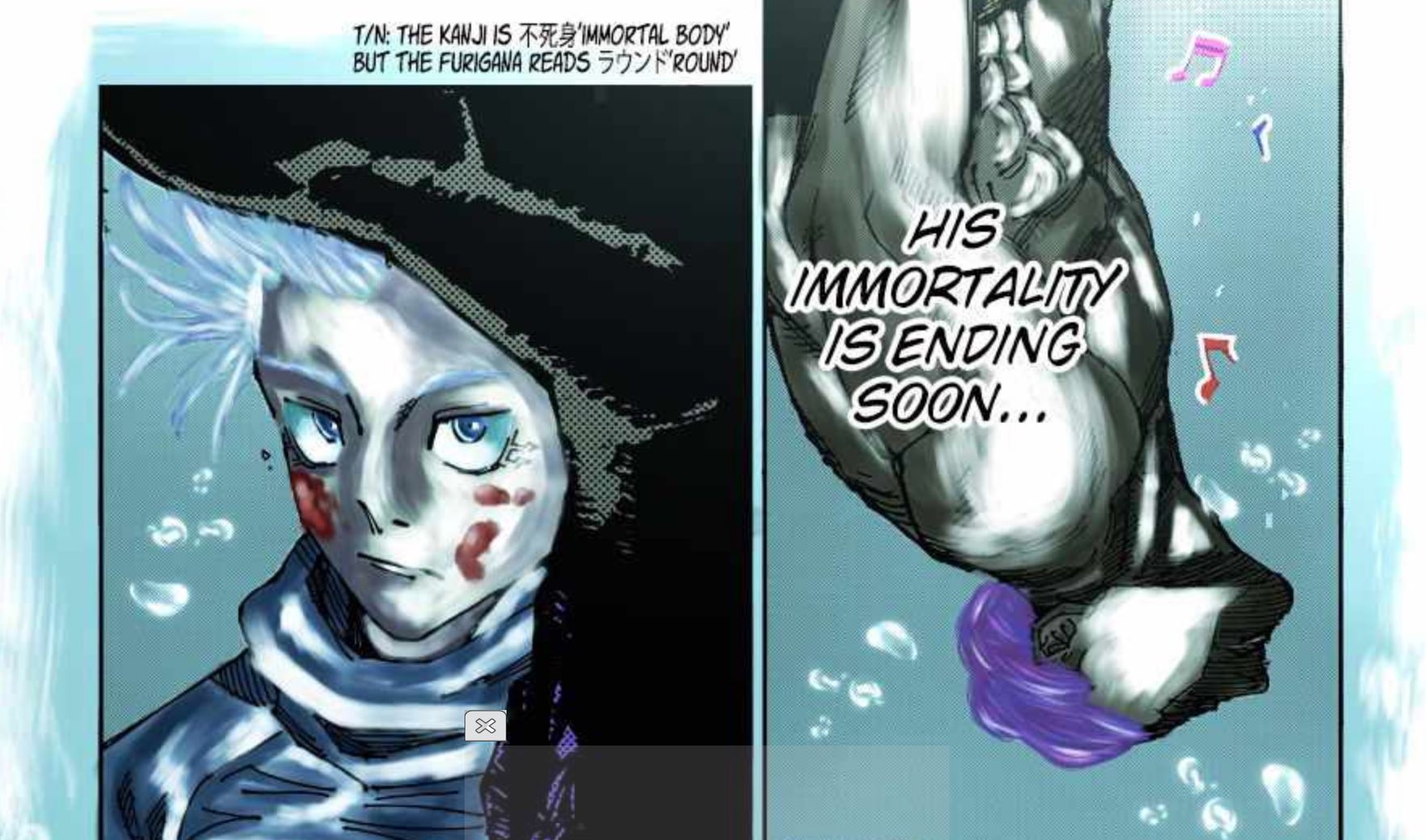 Meanwhile, Itadori is out there searching for potent sorcerers to steal points from. Okkotsu Yuta shares the same goal, but unlike Yuta, he wants to do it single-handedly and end this massacre by killing pseudo-Geto. The raw scans and spoilers of Jujutsu Kaisen Chapter 190 aren’t out yet. They generally surface 2-3 days before the chapter’s official release. So, be sure to check back on Friday, July 8, 2022.

In Jujutsu Kaisen Chapter 189, Hakari manages to unleash his domain expansion, Restless Chamber. The chances of hitting the jackpot are 1/239, and yet he pulls that off, thereby growing back his lost organs. Hakari changes the barrier coordinates and throws Kashimo into the ocean. This master move turned the tables around. Since Kashimo’s cursed energy is like electricity, he will soon be emptied if he tries to use any cursed technique under the water. Thus, Kashimo must completely cut off his cursed energy, or he will get himself discharged. 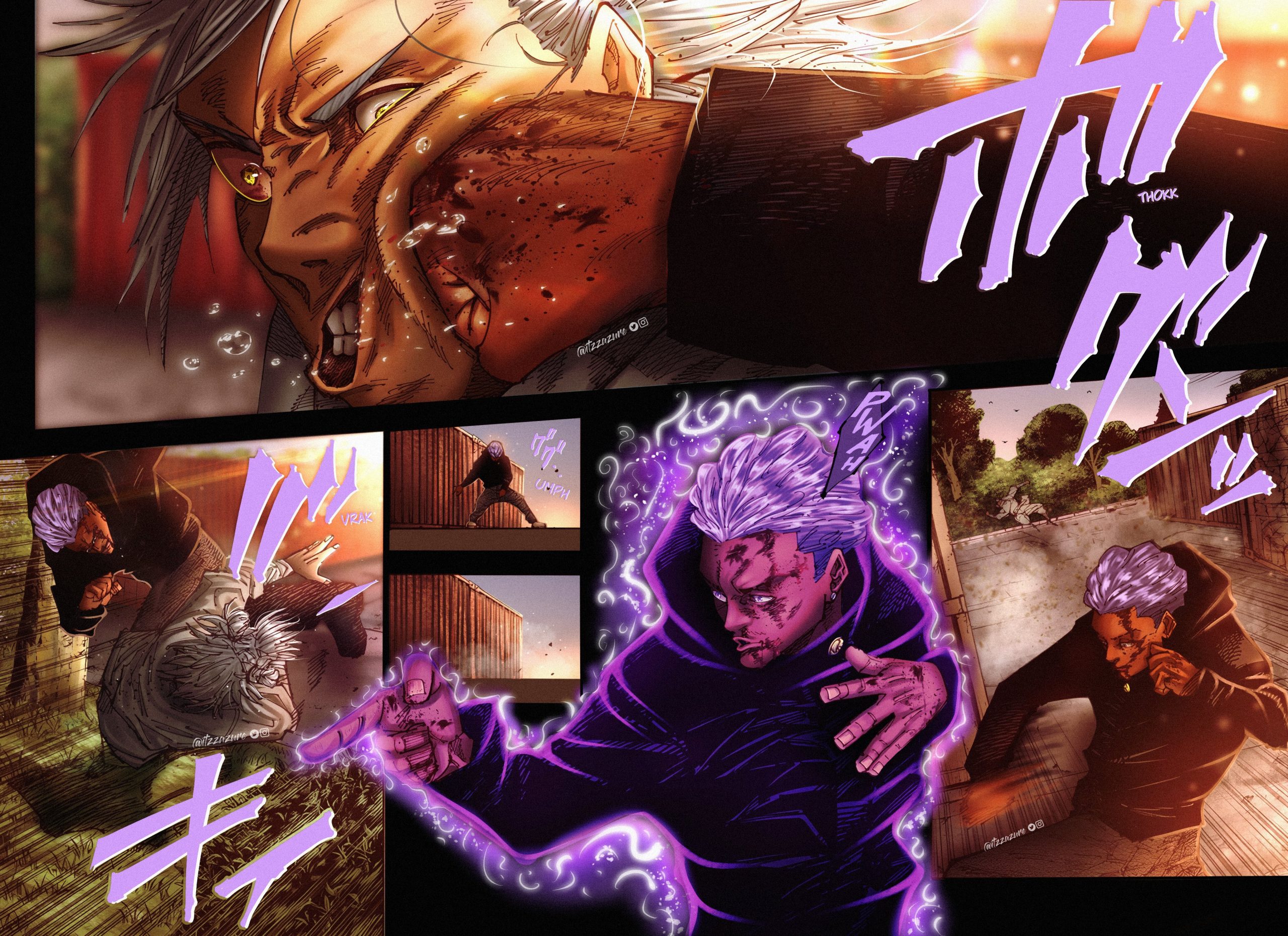 The fight continues for some time, and Hakari realizes that Kashimo’s cursed energy is already leaking into the ocean. Even if Kashimo tries to swim up, it won’t be of any use. However, Hakari never thought that Kashimo would use the water to his advantage. He uses the electricity to perform electrolysis in salt water, thereby releasing the poisonous chlorine gas. Hakari falls unconscious for some time but regains his composure soon. It seems that the reversed curse technique is something that gets triggered automatically. Hakari just has five more seconds of immortality, and he surprises Kashimo with a heavy kick from point-blank range.

Jujutsu Kaisen Chapter 190 Release Date: Is it On a Break?

Where to Read Jujutsu Kaisen Chapter 190?

Chapter 190 of Jujutsu Kiasen manga will be available on platforms like vizmedia, mangaplus, and shonen jump’s official website. The three recently released chapters will be free to read, but you will have to switch to a paid platform to access the entire catalog of 190 chapters.