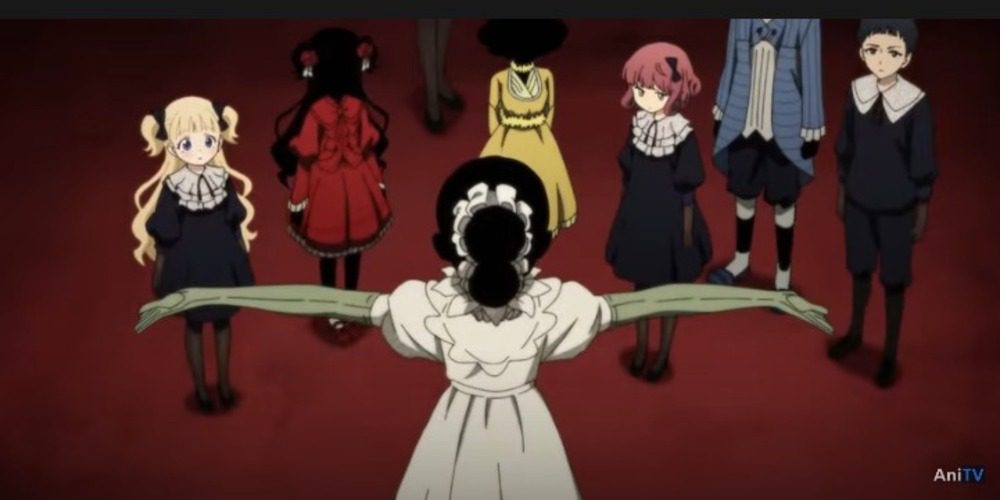 Shadows House is currently releasing its second season after the first being considered an absolute banger. It has released ten episodes till now, which totally lived up to the bar of success of the previous season. People now fans love this anime because of its compelling storyline and a different approach to the conventional animation style. It falls in the fiction genre, but it is kind of on the outer line because it provides the viewers with a sense of reality in the face of imagination. At first, people usually overlook the depth of this anime, but when they get into the story, they see it too.

The residents of something like the Shadow House reside in a large, ominous house, where their Living Doll mates constantly wipe the soot that their owners emit. Emilico, a youthful and jovial Living Doll, is thrilled to begin assisting Kate. The two learn a lot of dark truths as they get acquainted and are gradually confronted with numerous House occurrences.

The acquaintances of the Shadows are Living Dolls, and each Shadow master has a Doll of their own. The only physical differences between the Doll and its owner are whether or not they have faces and what they are wearing. It is discovered that the Living Dolls are actually human beings who were all kidnapped from Mirrorside Village, which is close to the Shadows House.

The townspeople are all misled into thinking that allowing their youngsters to work again for House is the pinnacle of joy because the Shadows House produces ashes for the hamlet to use as an energy source. Emilio is the only youngster from the community who is not educated by the institution to be chosen by the 3rd-floor Shadows.

Also Read: Harem in the Labyrinth of Another World Episode 12 Release Date: What Is Up For The Finale?

Patrick receives a peony flower from Margaret before meeting Kate and the other characters. When John and Shaun show up and discuss what they discovered through Jeremiah regarding scorches and phantoms, they are back where they started when they were discussing Master-Robe and identifying two possible culprits.

Kate draws conclusions that are supported by Emiliko’s recollections of the scorch attack, and Shaun recognizes the aroma of the peony as being identical to that of Master-Robe in Patrick’s bathroom. A visit with Master-Robe, who exposes disturbing revelations concerning Shadows House and an extremely agitated Kate, is prompted by hints on our friends’ map.

The reveal of Master-identity Robe’s marks the culmination of everything. The revelation that Master-Robe is Maryrose, who lacks much soot but is secretly able to manage scorches, astounded Kate, Emiliko, John, and Shaun. They continue to explain their motives and expose the horrifying reality about Shadows growing up as her live doll Rosemary shows up.

Then, after being assaulted by scorches, Kate and John are forced to leave Shaun and Emiliko comatose and flee from Maryrose, who reveals herself to be shrewd and unyielding. As part of his duty as warden, Edward is currently traveling to the location of a Shadow’s effort to grow into an adult with the help of Aileen and Gerald.

They have an uncomfortable confrontation with Sir Thomas, the former warden. The three then proceed to their location while discussing Maryrose and Kate. When Maryrose controls John’s soot, his soot-punch attack fails, creating a massive specter and several elevated tiny incinerates.

Shaun and Emiliko get over their soot illness owing to Kate’s preparation. Kate and John are apprehended by Maryrose, but Shaun’s plan allows things to turn around. But the triumph of our allies is a painful one.

You can stream all episodes of Shadow House season one and season two right after the official release on Crunchyroll. It is the official streaming partner of this and many other amazing animes.