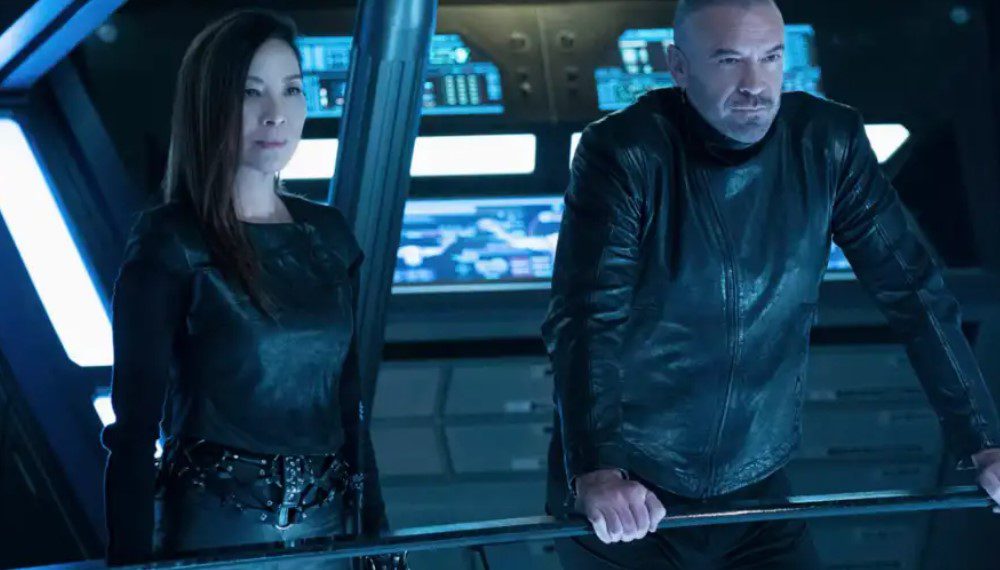 Today, we must cover the Star Trek Discovery Season 5 release date. Firstly, we got some good news right from the get-go. If you follow the show, you’ll be happy to know that back in January, the production company gave the go-ahead for a fifth season. So, you will be getting the fifth run of this popular Sci-fi franchise. When it lands, we recommend you read through and through this article to find out more about that because the answer is a little bit complex. But isn’t Star Trek always complex? And don’t Trekkies like to keep it complicated?

In any case, in this article, we will review the last season of Star Trek Discovery. After that, we will tell you everything we know about the cast for this sci-fi show. Then, we will share with you details on where to watch it. Lastly, we will tell you when it lands on your television set. So, come with us to find out everything you must know about Star Trek Discovery season 5. Let’s go!

Can the Captain steer the ship to safety?

Star Trek Discovery Season 4 Review: Is It Worth It?

Season Four of Star Trek: Discovery comes to a close with an adequate, if not ground-breaking, finale that neatly ties up most of its most important plot threads by the episode’s end. Given how much ground we need to cover in this article, to begin with, this is a fairly impressive accomplishment. Looking back on the entire season, it is now fairly clear that the show would have benefited from cutting some of the slow-moving middle episodes to make this finale more of a two-parter. If only to allow some of its more blatant twists and plot devices a little more breathing room.

Even though “Coming Home” poses a threat to our favorite Discovery characters, the majority of the populations of Earth and Ni’Var, the 10-C themselves, and significant portions of the Milky Way itself, everything works out in the end. The 10-C reveal themselves to be incredibly emotionally sensitive, and the Book’s passionate speech about the destruction of Kweijan and what its loss has meant serves to shame them into changing their ore-mining ways appropriately. Michael and Saru use a translation algorithm based on math to convey some complex thoughts and emotional bonds.

Indeed, “Coming Home” is not an especially complex hour-long episode, especially in light of some of the deeper philosophical and political discussions we’ve seen this season. However, some fantastic emotional beats and cool visuals feel so distinctly Star Trek that it’s difficult not just to relax and take it all in. There’s a lot to like about this Book, from the Federation’s attempt to evacuate as many people from Earth as possible to Tilly’s return as a self-assured leader and finally getting to see the 10-C and their homeworld for ourselves.

A good and puzzling thing about “Coming Home” is how well it divides its time between the suddenly very high stakes created by last week’s mostly quiet and thoughtful episode and then giving itself a lot of time to deal with the emotional fallout. This is especially true when the episode abruptly stops moving halfway through. However, it also simply means some strange hiccups: Tarka’s plan to destroy the DMA is almost immediately abandoned because Book finally succeeds in persuading him. It is a terrible idea because Tarka is blinded by grief over the death of his friend.

The awe with which the Discovery responds to the 10-C and their floaty godlike selves is wonderful, even though the 10-C still comes off more as glowy giant krill than anything else. (Plus, on some aspects, it feels so right that a species so far ahead of us in every way does not seem to have evolved into something monstrous, but rather something better and more kind.) It turns out that Mary Wiseman and Oded Fehr have wonderful chemistry, and their (admittedly very random) bonding session about purpose and family is lovely. Tilly returns and is stuck spending three-fourths of the episode with Admiral Vance.

Most people survive the hour, despite “Coming Homebest “‘s efforts to make us believe someone important won’t. T’Rina is only temporarily unconscious due to her mind-meld with the 10-C. It turns out that Detmer’s willingness to die to stop Tarka was unnecessary. General Odoye deliberately collides her ship with Book’s and manages to live. Tilly decides to stay behind with Admiral Vance at the doomed headquarters to give her cadets a chance to escape. However, they are both saved at the very last moment when the DMA debris starts moving away. Even though the 10-C don’t fully grasp the idea of individual existence, Book is somehow miraculously saved by them.

All of the main cast members of “Star Trek: Discovery,” including Sonequa Martin-Green as Michael Burnham, Anthony Rapp as Paul Stamets, Doug Jones as Saru, Wilson Cruz as Hugh Culber, and David Ajala as Cleveland “Book” Booker, are anticipated to return for season 5. Mary Wiseman (Sylvia Tilly) is anticipated to return for the newest episode because she did so in the season 4 finale.

Aside from them, it’s likely that other cast members like Tara Rosling (President T’Rina), Ian Alexander (Gray Tal), and Oded Fehr (Admiral Charles Vance) will also make a comeback. In addition, even though Dr. Tarka, Shawn Doyle’s on-screen character, is supposedly dead, he might return in season 5. There might be some new faces if new characters are introduced.

What Can We Expect From Star Trek Discovery Season 5?

Every season of the program typically focuses on a different threat the Discovery crew must overcome. Captain Michael Burnham and the rest of the Discovery crew lend a helping hand to a damaged space station at the start of the fourth season. After that, tensions continue to build as the threat to the galaxy becomes more pressing with each new episode. Therefore, Burnham and her team must devise a strategy for controlling the situation before it is too late. Burnham suggests the end of the fourth season finale about discovering more about the 32nd century and all it offers.

Therefore, it is anticipated that “Star Trek: Discovery” will adopt a more philosophical stance in the fifth season, similar to the classic programs “Star Trek: The Original Series” and “Star Trek: The Next Generation.” The return of Earth to the Federation is a significant event in the fourth season finale, so the series may feature additional action scenes. Additionally, Osunsanmi hinted that the upcoming episode might delve more deeply into the past and the occasions that shaped the Discovery crew’s presence in the interview from March 2022.

By the end of the fourth season, Ni’Var (Vulcan) and Earth had rejoined, strengthening the Federation. One of the union’s original members, Andoria, is the only one whose future is doubtful because Tellar Prime has never left the Federation. Maybe the focus of season five will be on the Discovery and her crew reuniting with more former Federation members and lower stakes (and possibly becoming friends with former foes).

A still from Star Trek Discovery

Star Trek Discovery was renewed for a fifth season back in January 2022. Firstly, not a single new Star Trek show has seen cancellation. In that sense, fans could’ve remained optimistic about the fact that this show was going to see the fifth installment. And although Star Trek Discovery’s release date hasn’t been made public yet, we could presume that Star Trek Discovery could be released sometime around 15 December 2022. We’ll keep an eye out and let you know with an update on any new developments.

Where To Watch Star Trek Discovery?

If you want to watch Star Trek Discovery, you can do it from Paramount+ as a standalone platform or as an add-on on your Amazon Prime Video subscription. Moreover, you can buy the episodes from Apple iTunes, Amazon Direct Video, Google Play, Vudu Fandango, and The Microsoft Store. With this information, we conclude our topic coverage here at Otakukart. If you liked this article, please share it with your contacts on your favorite social media platform! Thanks for your attention, happy streaming, and see you soon! Live long and prosper!