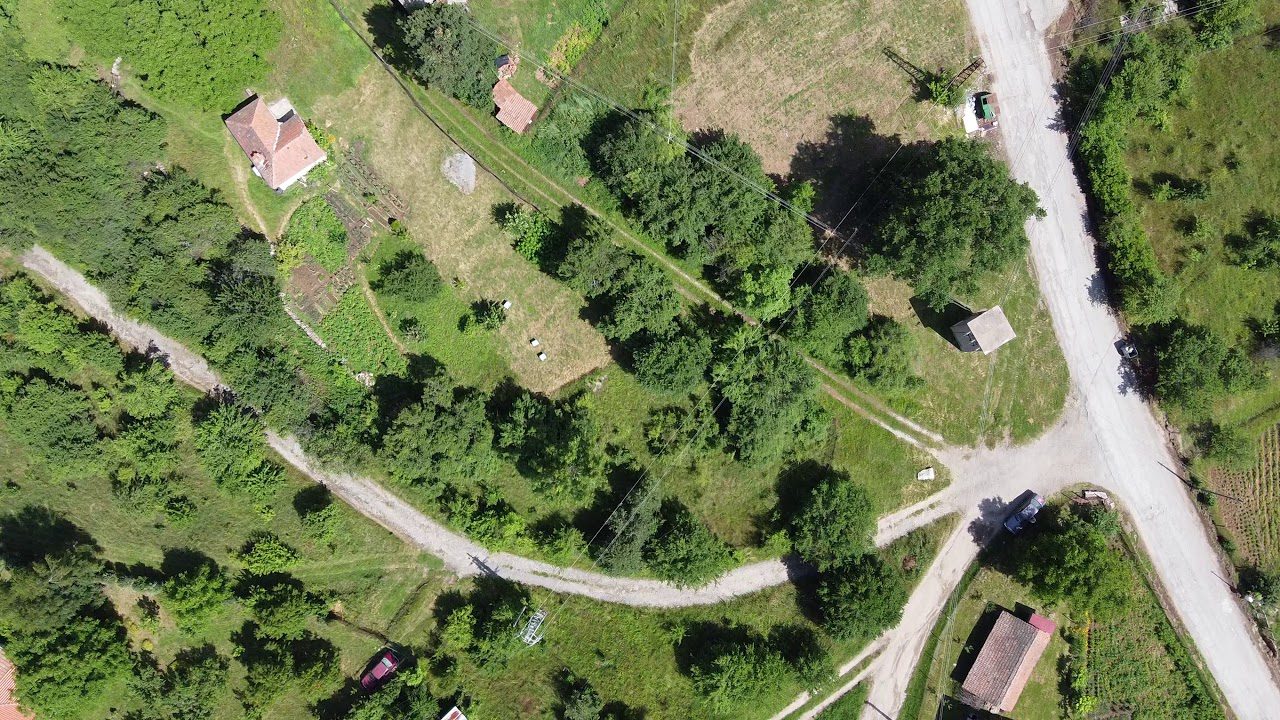 Bulgaria has been a land of strife and mystery. Facing adversary empires like the Persians, the Ottomans, the Romans, and the Soviets but its root tread deep and ancient, holding the country high. It is a land of folklore and mystery where the people believe goddess Bastet was buried on the mountaintop of Stranja. Home to the most ancient myths of the vampires, Bulgaria is a rich harvest for any curious mind. But in this country of lavish origins lies a small, unassuming village of Tsarichina, 21 miles northwest of Sofia, the capital city. The village was tiny and of little notice as its people resumed their mundane lives every morning. Until one fine day, the military raked up on their land.

On the 6th of December 1990, a huge military troupe came to their village. To the villagers, this meant trouble. Having had no special attention paid to their village, the sudden onset of armed men made all of them feel ill at ease. And things were not getting any better when the men cordoned a piece of their farmland. Soon rumors began to spread around the village, and like something out of a fairytale, they spoke of hidden treasure.

Later it was confirmed that the rumors were true—there was a treasure trove in the farmland. The troupe was under a mission called “Operation Sunday”, a mission being led by Colonel Tzvetko Kanev under the command of the Bulgarian Ministry of Defense. It was a mission that was going to cost the government over $20 million, but they believed in the riches of Tsar Samuil of Bulgaria. The site was fenced, and the men put their backs into digging but little did they know what was going to lay at the end of the tunnel was not shiny and pretty but grim and evil.

Dread Above The Earth

The soldiers began to encounter inexplicable problems during their dig. Their digging equipment began to malfunction, and they almost got flooded by an underground lake. When all failed, the men picked up shovels and resumed their endeavor. When at a depth of twenty feet, the soldiers hit a huge stone wall, the obstacle was blasted to reveal an underground labyrinth. Perplexed and curious, the men were sent in a troupe to explore the earthen passageway. But as some as the first troupe set on their journey, the men above reported sightings of mysterious creatures lurking in the shadows.

Some of these sinister apparitions were over seven feet tall, while others were no more than one. Around this time, the camp’s radio began to malfunction, and no remedies proved effective. The Colonel ordered for a telephone line from the nearest village to be laid to their Command Post, but the men on duty began hearing diabolic voices and strange noise emanating from their lines. 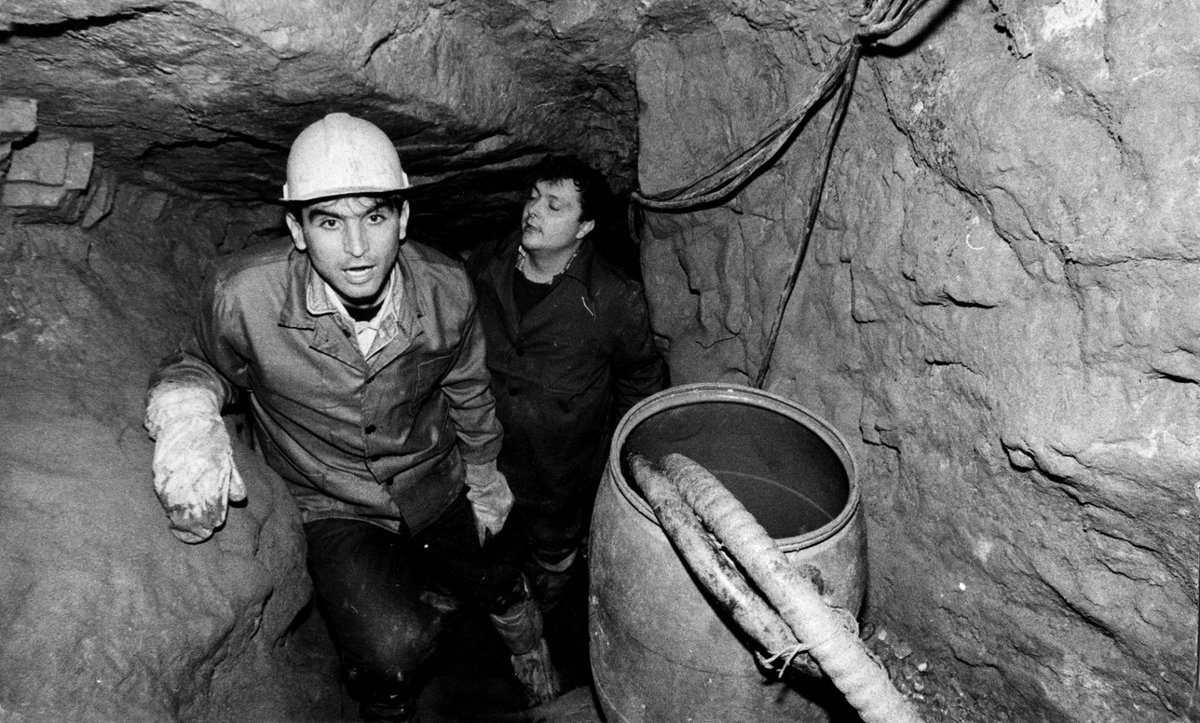 As time passed by, one unaware soldier spotted something in the sky, he thought he knew what it was, but he knew it could not be, so he brushed it off until another reported he saw it too. It became known that men were seeing UFOs in the skies like brightly lit flames skirting the days. Panic struck the camp, but the Colonel was obsolete, he would not have the nonsense of such superstitious men.

A villager, Elka Kirova, came wanting to see him, when he met her, she narrated her tale of having seen three shadowy figures running to her from the excavation site in the dark of the night till they vanished into the sky in the form of light. Still having not been bought, the Colonel sent his men to investigate, who came back with the news of burnt ground where the figures once stood—that was in the June of 1992. Almost a year before that, on the 27th of November 1991, Traicho Kolev, a resident spoke of a bright illumination that set upon his head from nowhere, he collapsed from the shock. When he woke up the next morning, he was in Meshtitsa, a village forty miles south of where he met the light.

The Beast From The Earth

Two years had passed with no luck with the treasure, and the men hit a dead end. Their path was blocked by a concave slab of pristine stone. When the men below peered through the clear rock to look at what it held, they saw a twisted creature entrapped at its farthest end. The Colonel, who had gone with his men into the tunnels, noticed the wall impressed with hieroglyphs and odd symbols painted across its length. One of the soldiers tried to reach the stone, but he was violently flung back by some invisible force to the stone. His head cracked, and he slid to the dirt, very dead.

A haze spread—shielding the creature—across the chamber, and the frightened men opened fire. The bullets traversed towards the barrier but fell motionless before they could touch it. One by one, the men were brutalized by something they could not see. The Colonel, in an attempt to save the lives of his men, ordered his troops to retreat.

The soldiers retraced their steps and ran through the cold stone passageways helping the wounded to the front. They thought they had seen the worst of it, but the sinister entity still had the brunt left. The Colonel felt a strange thrumming in the stone like an army rushing towards them, at first he thought it was his troupe, but the noise grew louder, and the earth began to shake, a green mist invaded their path. The psychic that they brought along, Marina Naplatanov, cursed them for tempering the tunnels.

The Colonel ordered a few soldiers to act as their rear guards, the men knew their fates were sealed. Even as the Colonel and the main party made their way to the surface, a round of gunfire went off where the rear guards stood before it ceased forever. Once in the open, the Colonel commanded the engineers to seal the tunnel close—the machines did not work. Having no other choice, he had manual explosives brought and blasted the hole close, sealing their dead inside.

Reports were drawn up and sent to the government to show the failure to obtain the treasure. Colonel Kanev regretfully disclosed the events that occurred during the ominous venture. But in the years later, in one of his interviews, the Colonel told the truth of the excavation—there was no treasure. He explained that the operation was never about the treasure, mission “Object Number One” was set in motion when remote viewers and psychics guided the men to something just below the ground.

The Colonel spoke of his men being affected by an ancient bacterium that was released from the dig and talked about how his other men were found teleported around the excavation site, their bodies infused with the stone. The Colonel wrote a book named “The Tsarichina Phenomenon” where he recounted his experiences.

A psychic named Eli Loginova, wanted to gather men to revive the excavation. Accordingly to her, an ancient ancestor of humankind had been visiting her in her visions, asking her to find him. She also claimed that Hitler had tried to find him in Russia during World War II, but it was in vain. She journaled her visions in three books, but they were confiscated by the government. The books spoke of wormholes weaved by the light of the sun and armor that could repel bullets.

Military Professor Delcho Naplatanov wrote of Operation Sunray, which his daughter was a part of under the guidance of famed seer, Baba Vanga, who warned not to disturb the beast below Tsarichina. After Marina came back from the site, the professor wrote, she committed suicide by jumping off a building. The site even had researchers from the University of Sofia investigating it, who saw UFO sightings and were greeted by poltergeists. Their research ended when a bright light burned the center of their campsite.

Some speak of an alien spacecraft being found, which the military had tampered with, sending distress signals to their kind. Soon enough, the place began to be called the Area 51 of Bulgaria. Except for the writings of the professor, the interviews of the Colonel, and the testimonies of the villagers of Tsarichina, there is no official documented evidence or video evidence of any of the operations. While some consider this to be a hoax fabricated for amusement, others believe it was a deliberate attempt to veil up the horrors that the site buries.