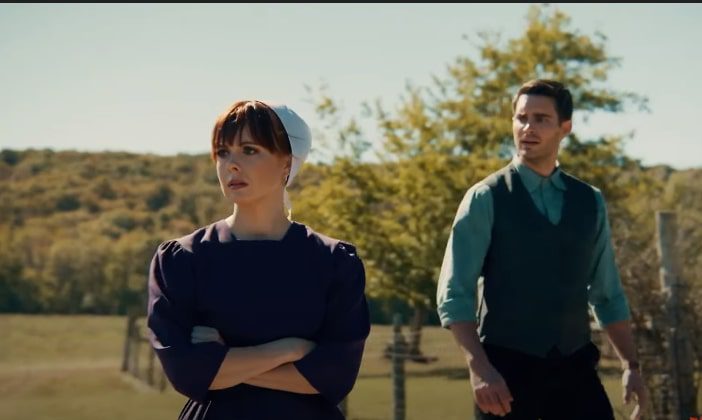 Plus One At An Amish Wedding came out this year on 9 April 2022. The film received great praise and did well at the box office. The story follows the life of April Monroe, an emerging doctor at a huge hospital in New York. She is also falling in love with a veterinarian, Jesse. However, Jesse gets weird at the mention or any questions about his family, and he doesn’t reveal anything about them, no matter how much April has asked.

Just as things seem to be going well and the couple is getting ready to fly to Paris, Jesse receives an invitation to his brother’s wedding. That’s when it is revealed that Jesse is from the Amish Country, and now he has to go back. This time, with April. This seems to be a very common set-up where the new girlfriend or the new boyfriend has to undergo struggles and drama to get accepted into their partner’s family. This theme is also seen in Crazy Rich Asians, where a normal woman has to deal with her boyfriend’s rich and snobby family. 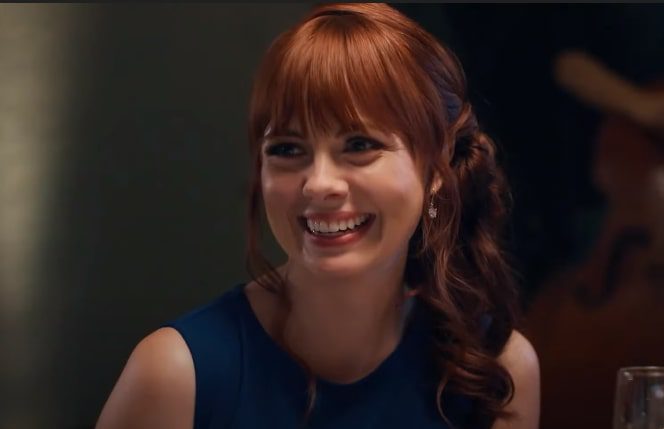 Richard Ramsey directed the movie, and it is one of his first longer films. D. F. W. Buckingham is the writer for the movie. And the movie is based on the third novel of the Heartfelt Romance series, Plus One At An Amish Wedding which Miralee Ferrell authors. The author was also involved in the movie with Kimberly Rose Johnson. Meganne Townsend and Chevonne O’Shaughnessy stepped in as the producers for the film. The studio that held the production was American Cinema Inspires. These people were responsible for the film’s production, filming, and completion.

Galadriel Stineman bagged the role of April Monroe. Funnily this is the third movie she has done where the main theme is Amish. The movies before were “Follow Your Heart” and “Runaway Romance.” She is working closely with her co-star Kevin Joy who is in the role of Jesse Hardin, April’s love interest. Kevin Joy has been seen in The Grimm and Wicked. Summer Mastain got the role of Naomi, and the makers cast Mary McElree to be in the role of May.

The audience will get to see Preston Kameka play the role of Zeke and Joy Conly in the role of Sarah. Lastly, Jordan Crusoe will be in the role of Rob. These talented actors have managed to get these roles and shown exceptional performance in the movie. This movie got better praise than Galadriel Stineman’s Follow Your Heart, especially in showing off the Amish culture and allowing fans more space to learn about it.

Plus One At An Amish Wedding Explained

So the story starts with Galadriel Stineman in the role of April Monroe, a rising doctor at a huge New York Hospital. She has been in love with Kevin Joy in the role of Jesse Hardin, who is a veterinarian, for over six months. The couple has been dating, and April is excited about the way things stand in their lives and how it seems to be going forward. There is one small catch, though. Jesse does not talk about his family.

No matter how hard April tries to learn more about his family and past, he does not open his mouth. She would have no idea if he suffered trauma as a child, if they are all dead, or if he is just embarrassed about them. Fast forward, the couple is going to Paris to celebrate their anniversary. However, just as things seem to have settled down, Jesse receives an invitation to his brother’s wedding. And he cancels the Paris trip and asks April to be his plus one at the wedding. 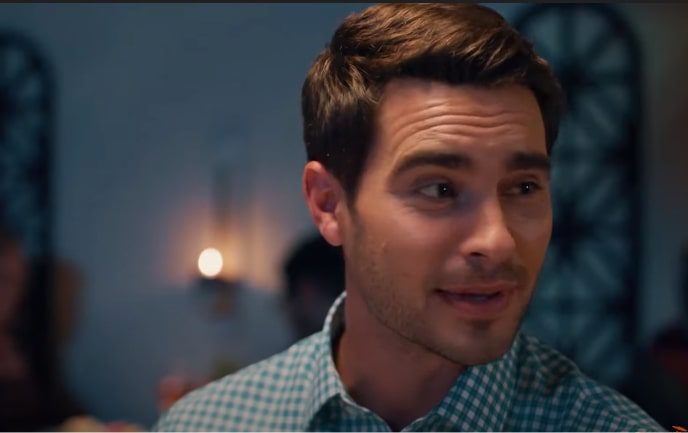 Just as April wonders if she could learn more about Jesse’s family, she finds herself suddenly thrown among them. This is when she finds out that he has been hiding his Amish past from her. His mother is rather orthodox and does not like English people. The couple must now travel to the Amish Country.

Jesse will have to deal with the people he left behind for his career in New York, and April will have to understand the customs and traditions of an Amish family and somehow make a good impression on Jesse’s mother. The latter is very clear that she does not like her. He tries his best to inform April of the Amish customs and way of living so she is not perplexed when they reach.

Chaos and heartache follow the couple as they try to navigate Jesse’s family dynamics. His mother’s rigid ways and dislike for April as a stranger make it hard on the couple and the hope that they would be able to win over his family. Surprisingly, Jesse also receives a letter from his late father, which cushions the harshness of his mother’s actions. And finally, to April’s delight, he proposes.

There is also the scene where Jesse’s mother apologizes to Jesse and asks for his forgiveness, a reminder that the Amish are caring and loving people who love their community and people. This transition gives April the space to navigate across his family and get to know them well.

The ending is a clear sign that the different cultures of people can live together in peace, love, and harmony. It also hints at themes of acceptance and forgiveness where Jesse and April forgive his mother, and April is welcomed into the family. The movie also highlights the different practices and traditions an Amish household follows as a teaching moment and raises awareness in the audience about their customs. The story also depicts the struggle between two communities to understand each other and elaborates how a middle ground can be achieved.

Fans loved the movie. Many found it to be better than Follow Your Heart, which is also a movie about Amish culture. Although the movie didn’t have strong action-filled elements, the script was solid and complex. This also gave enough material for the actors to pull off their roles exceptionally well. Fans connected to the movie as a broader theme was how the family’s expectations could hinder the children’s dreams.

In Jesse Hardin’s role, Kevin Joy captured this perfectly when he struggles between staying with the ones he loves and choosing to follow his dreams. The movie also explores how sometimes letting can bring back a family to be closer than ever instead of holding on to some bonds. Fans also resonated with the struggles of April as she learned and came to an understanding of Jesse’s past. It is always a painful struggle when you discover something new ad shocking about your partner and are forced to come to terms with it because it is the person you love. 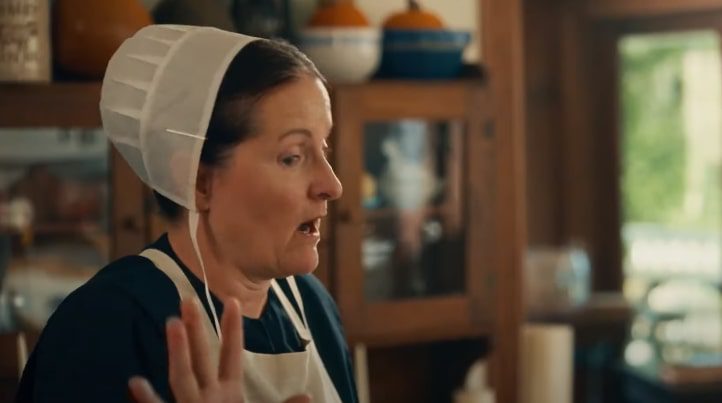 It will be interesting for fans to see part two of the movie. There could be a focus on how Jesse and April are now going to live together and how April settles into adjusting to the Amish lifestyle. A sequel could make the first movie’s message more impactful by showing April and Jesse go through the process of compromising and adjusting to each other. The entire process could give fans an understanding of how the couple plans to live with the best of both worlds.

It will also be interesting to see if there is any disagreement or chaos in the presence of their to-be child. If a child is born, there will be a conflict about the customs and traditions the child must follow. Jesse’s family will no doubt feel that the child should be Amish, so April will struggle to maintain her own identity.

Fans are curious to see whether that conflict will be sorted out, Fans were invested strongly in the storyline of April Monrow and Jesse Hardin, and they want to see more of the actors and the story. They could not get enough of it! 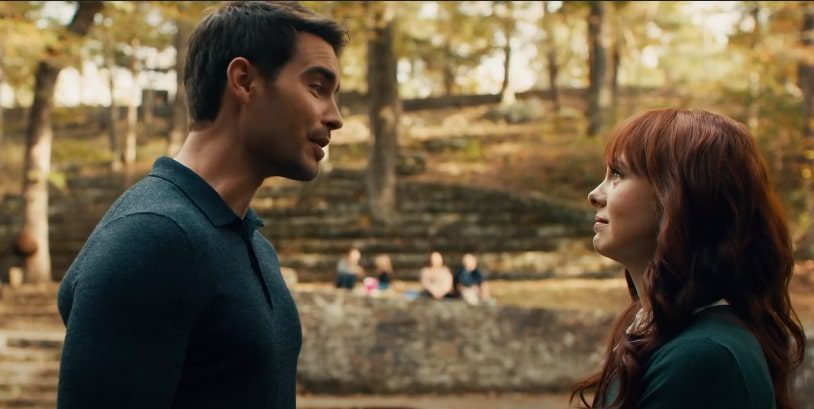 However, there is no news yet about whether there will be a sequel. Whatever the case, the movie has touched many hearts with its themes and stories. The weather is turning cold, and if you want to comfort yourself with a strong cup of tea and a warm, comforting movie, Plus One AT An Amish Wedding is a must-watch. If you haven’t watched it yet, it is available for streaming on Roku. UPTV is also going to be having it on air soon. What are you waiting for? Tell us what you liked about the movie the most in the comments!