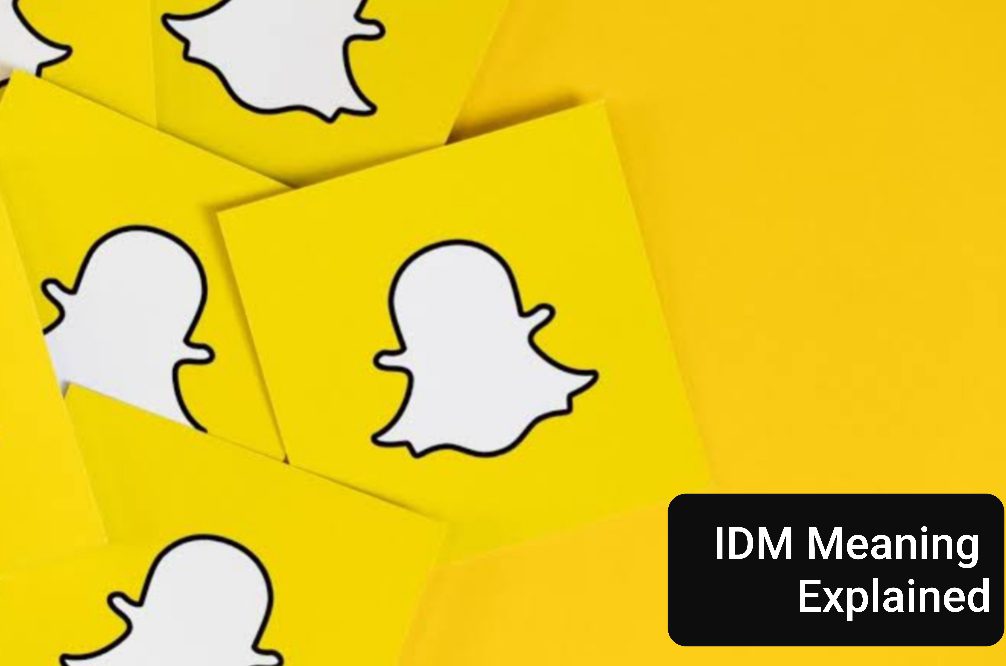 Here, we shall discuss what IDM means on Snapchat. Starting from the basics, acronyms in digital space are always trending, and it’s nothing new. Social media platforms always surprise us with these unique terms, and now it’s time for IDM. All the credit goes to Gen Z.

Following IDC, you must have understood that the ‘ID’ in ‘IDM’ stands for I don’t. Most of you are wondering what M stands for. Well, it’s not just on Snapchat but also in different text forums where this is lately quite popular. Just like most of the lingoes, this also has alternative meanings. Scroll down to learn what IDM on Snapchat is.

As hinted above, IDM stands for “I don’t mind.” It’s similar to IDC- I don’t care. In other words, we may say that this lingo is a medium to show that you are flexible enough to an agreement or something that you used. When you say IDM, you are making the other person know that you are okay with whatever you have suggested. For example- Friend 1: Is it okay for you to come after 10 more minutes? Friend: No problem! IDM. Saying this, he means that he doesn’t mind if the other one comes 10 minutes late. That’s how this slang works. 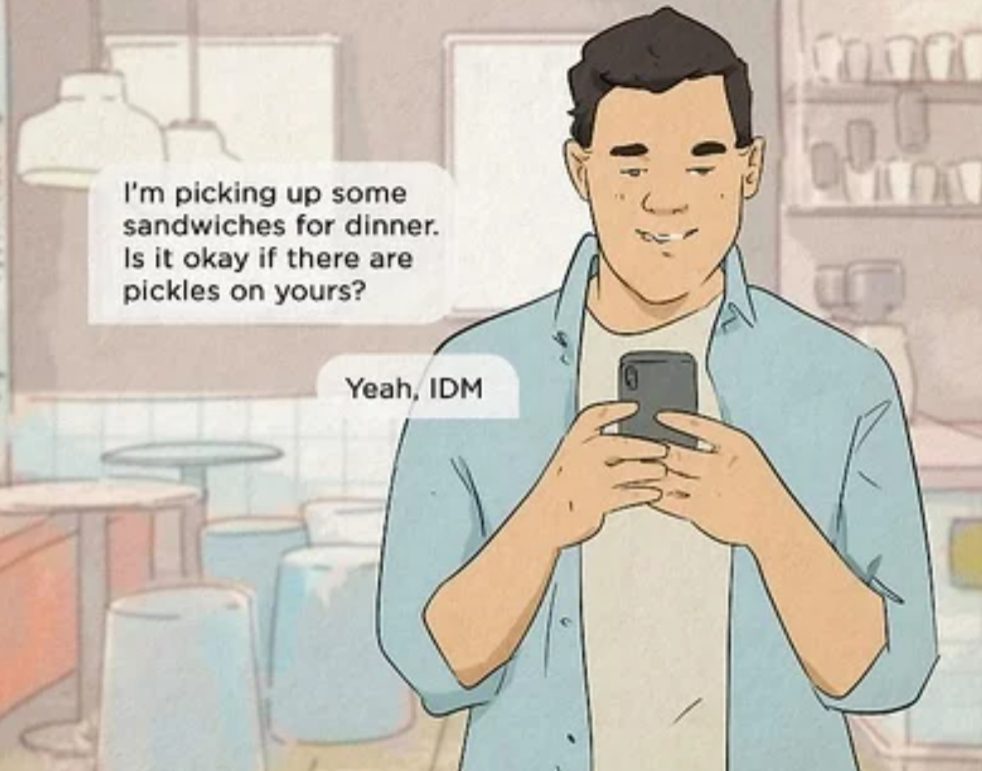 IDM Usage- He just added the lingo to confirm that he is okay with pickles in his sandwich.

If you are wondering what to reply to IDM texts, you must end up thanking the person, especially if it’s a favor. On the other hand, you can also opt not to reply and keep it seen zoned, if it’s ending the conversation between you two.

However, it has an alternative meaning too. IDM also refers to ‘It Doesn’t Matter.’ Again, it also stands for ‘Intelligent Dance Music.’ In case you aren’t aware, it’s more like complex music that was pretty much popular at the beginning of the 1990s. It focuses more on building a musical atmosphere. These usages are less popular.

Now, when you know what IDM means, and its usage, what are you waiting for? Use it and make it trending.