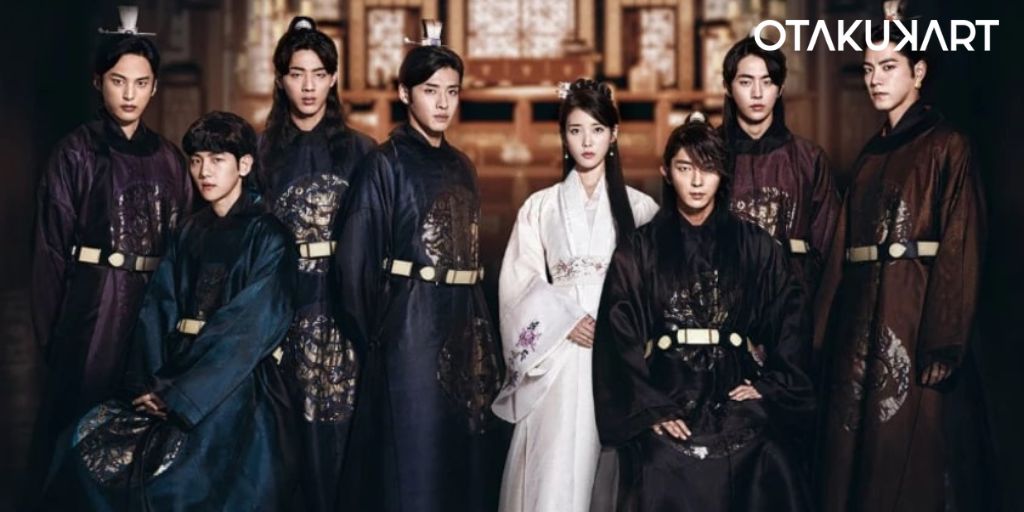 So you just finished watching Scarlet Heart Ryeo? Life must’ve been pretty empty and sad since then, especially given that heart-wrenching ending. Now you must be wondering if the drama will ever have a second season coming out. Well, the drama came out and ended in 2016, and it’s been almost six years, and we are still void of any news regarding its sequel. Though the cast members recently said they wish to have a reunion someday, most probably not again through the drama. Some dramas are just supposed to end like that and leave us with a bittersweet feeling, and that’s okay.

We can’t give you the assurance of another season of Scarlet Heart Ryeo, but we can help you with easing the pain of finishing that drama. If you loved Scarlet Heart Ryeo and want to watch more dramas like it, we are here with some suggestions. These dramas are period dramas, or just fantasy, pretty much like Scarlet Heart Ryeo. Some have sad endings, but many have happy endings and, overall, a light-hearted and heartfelt vibe overall. Exactly what you need after Scarlet Heart Ryeo as a rebound.

Moon Embracing the Sun is one of the most famous period romance dramas. Starring everyone’s favorite, Kim So-Hyun, and Han Ga-in, the drama remains a timeless classic. The 2012 drama revolves around the love story of a King and his royal shaman. The drama features even a love triangle and some long-lost connections that eventually decide the fate of our main leads.

The drama is a must-watch for lovers of period drama. The drama is full of amazing twists and turns and makes for a great watch after Scarlet Heart Ryeo. Also, the title is not just any random drama title. It holds a special meaning in the plot, which you will understand once you watch it. Very creative of the makers!

The drama is available to watch on Netflix. 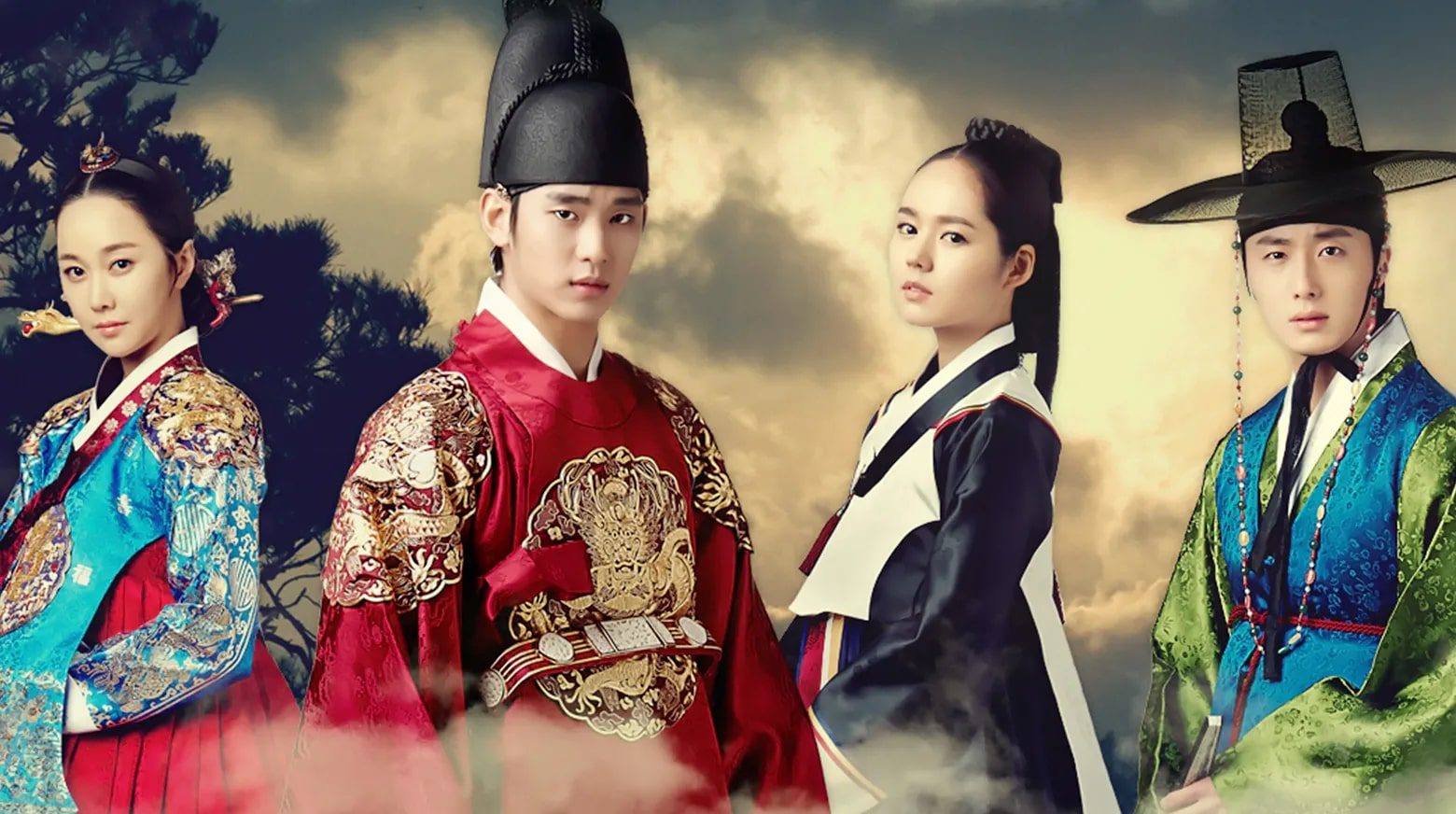 If you are an avid K-drama watcher, it’s quite impossible that you haven’t watched Goblin yet. It is one of the most iconic dramas to ever exist and is a must-watch if you liked Scarlet Heart Ryeo. A 900 years old goblin who is looking for his bride just so he can escape his fate makes for an interesting story. He does find his bride in a high school girl, but Grim Reaper has other plans for her. The drama is pretty intense but also very light-hearted, if that makes any sense.

Goblin and Grim Reaper are arch-enemies, but they have to live under the same roof. This leads to some hilarious moments, and the romance between Gong Yoo’s Goblin and Kim Go-eun as his bride is heartwarming. The second lead couple of Grim Reaper Lee Dong-wook and a human, You In-na, is such a mood. But the drama has a bittersweet ending, too but it is absolutely worth your time. With an amazing, unforgettable soundtrack and a stellar cast, Goblin is what dreams are made of.

You can watch Goblin here. 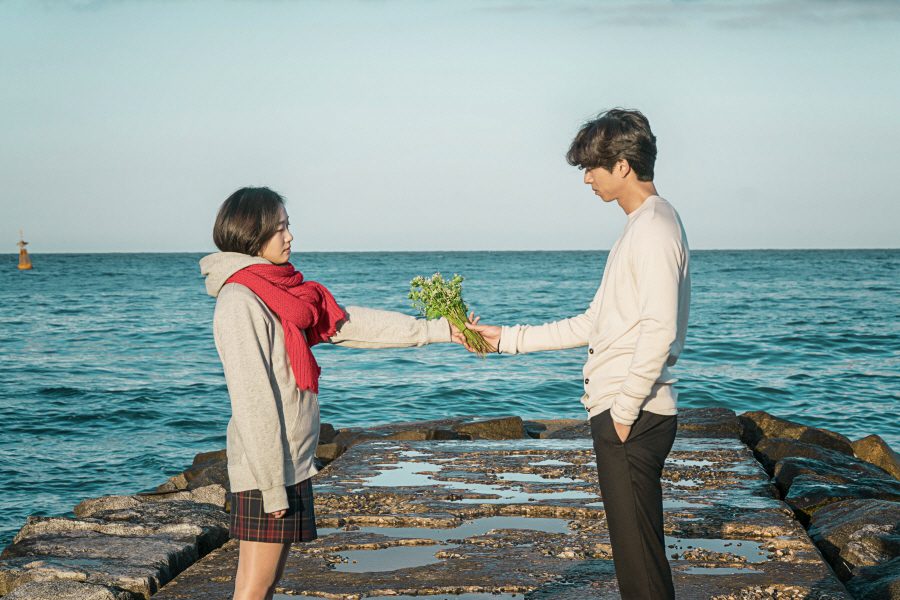 This 2020 historical drama is actually the funniest out of the entire lot here. Usually, historical dramas are either intense or painful to watch. But Mr. Queen is such a fun ride. The drama also has the theme of time-traveling, much like Scarlet Heart Ryeo. A modern-day chef travels to the Jose period and gets trapped inside a queen’s body. Shin Hye-sun’s dual role as the chef and queen Cheorin makes for a delightful watch.

Kim Jung-Hyun’s multilayered character as King Cheoljong is also worthy of praise. Because a modern-day person is stuck in the body of a royal in the Joseon era, it’s funny how modern-day elements are added in the old era. No wonder it is the seventh highest-rated drama in Korean television history.

Mr. Queen is available to stream on Viki and Amazon Prime Video. 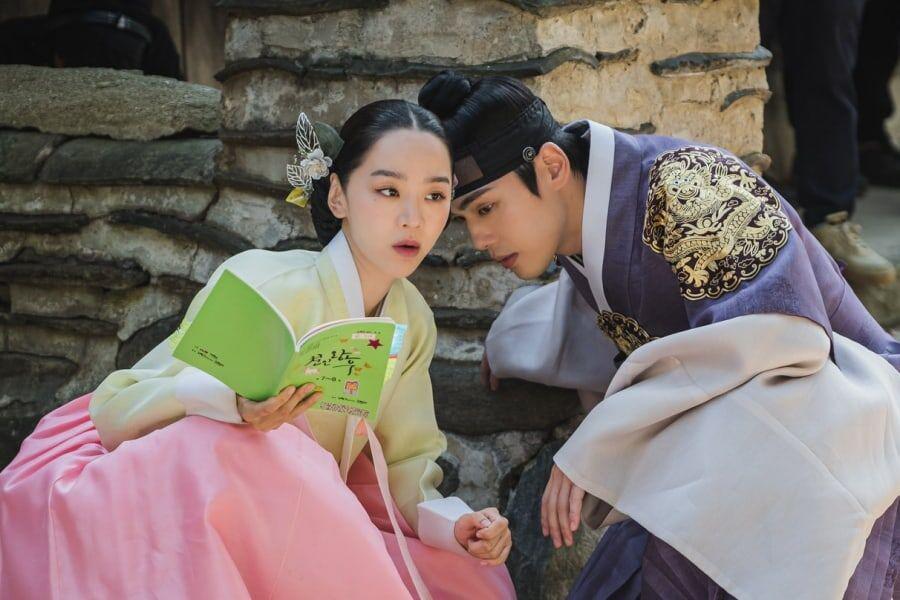 Legend of The Blue Sea

Another gem of a K-drama. The Lee Min-ho and Jun Ji-Hyun starrer drama makes for an interesting yet cute watch. In the present time, Lee Min-ho’s character Heo Joon-Jae is a con artist and has two more sidekicks with him who help him achieve his acts of deceit. While on a trip, he runs into Shim-Chung, a mermaid. Yes, a mermaid. Even Joon-Jae is as astonished as us. But this is more than just a surprising encounter. Shim-Chung and Joon-Jae go way into the Joseon era.

The themes of reincarnation and fate are central to the drama. The love story between the clever Joon-Jae and naive Shim-Chung is adorable and will be a total rebound for you to get over Scarlet Heart Ryeo.

The drama is available on Netflix for you to stream. 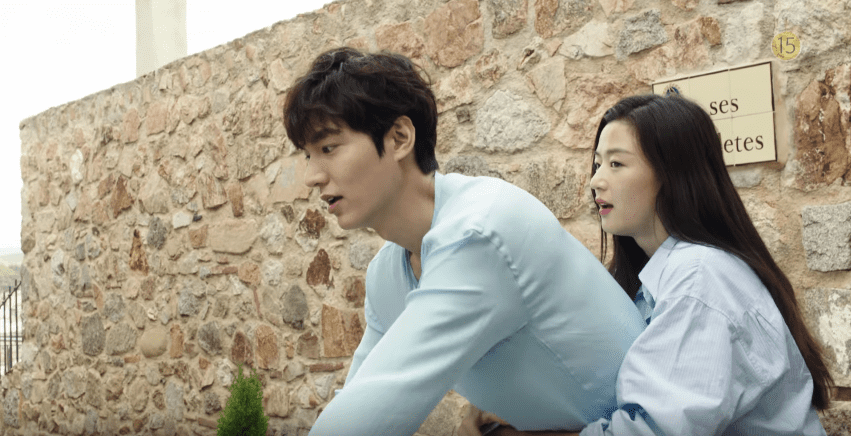 The Legend of the Blue Sea

IU stars in Hotel Del Luna. Do you need more reasons to watch this? Just kidding, but yes, IU is the star of this drama, and she’s such a badass in the show. The fantasy drama features the Hotel Del Luna, which is unlike any hotel you have ever visited. The ghosts only appear at night and only house ghosts. When people die and are transitioning to the afterlife, they spend some time in this luxurious hotel. But due to a promise made in the past, a human man has to work in this hotel of Jang Man-wol (IU).

IU and Yeo Jin-goo’s chemistry is off the charts, and the element of the past truly makes it a beautiful drama. With the correct amount of love, fantasy, and horror, Hotel Del Luna makes for a perfect watch. 10/10 would recommend.

Hotel Del Luna can be watched on both Netflix and Amazon Prime Video. 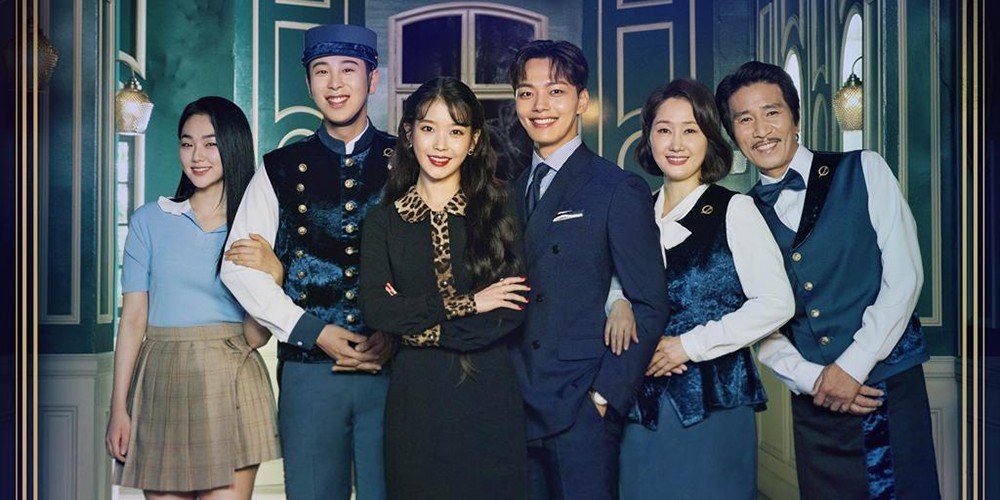 Tale of the Nine-Tailed is a perfect watch for the ones who love time travel, fantasy, and mythical characters. A 1000-year-old Gumiho Lee Yeon (played by Lee Dong-wook), who was once a spirit of the mountain, now lives like a common man in the city. He, along with his fellow Gumiho, looks over the city to protect the civilian from any harmful supernatural creatures.

Along with this, Lee Yeon is looking for his long-lost lover, who has reincarnated in present times. The love story between Lee Yeon and Nam Ji-ah (played by Jo bo-ah) is absolutely passionate and sexy. The drama also features the popular actor Kim Bum, who plays the role of the younger brother of Lee Dong-wook. He holds grudges against his brother and hence harms the people in city with his accomplice, Ki Yoo-ri.

You can watch the drama here. 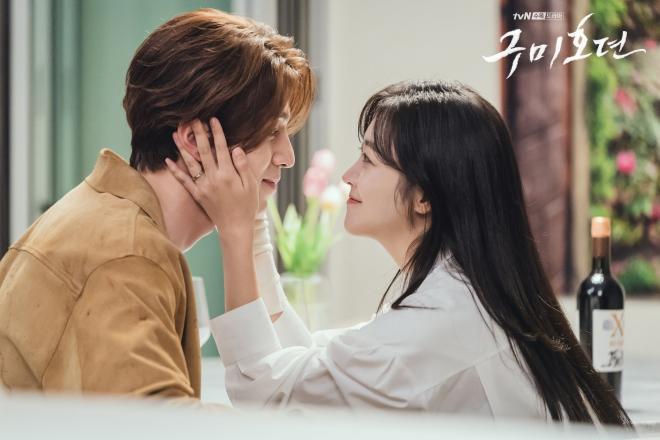 Also Read: The Penthouse Actress Kim So Yeon Confirmed To Star In ‘The Tale Of The Nine Tailed’ Season 2

Rookie Historian Goo Hae-ryung is a 2019 historical romantic comedy. The drama stars Shin Sae-Kyung and Cha Eun-woo in the main roles. Shin Sae-Kyung plays the titular role of Goo Hae-ryung, a female historian in the Joseon period. The drama is very liberating to watch, as it focuses on women’s power in a time when women weren’t acknowledged for their knowledge.

We have Eun-woo as a royal prince who lives a rather lonely life. His comfort hobby is writing romance novels. He writes under a pen name, and his novels are very popular in the female niche. The drama is a brave episode of Hae-ryung to become one of the female historians and how she is never afraid to speak her mind.

The K-drama is available to watch on Netflix. 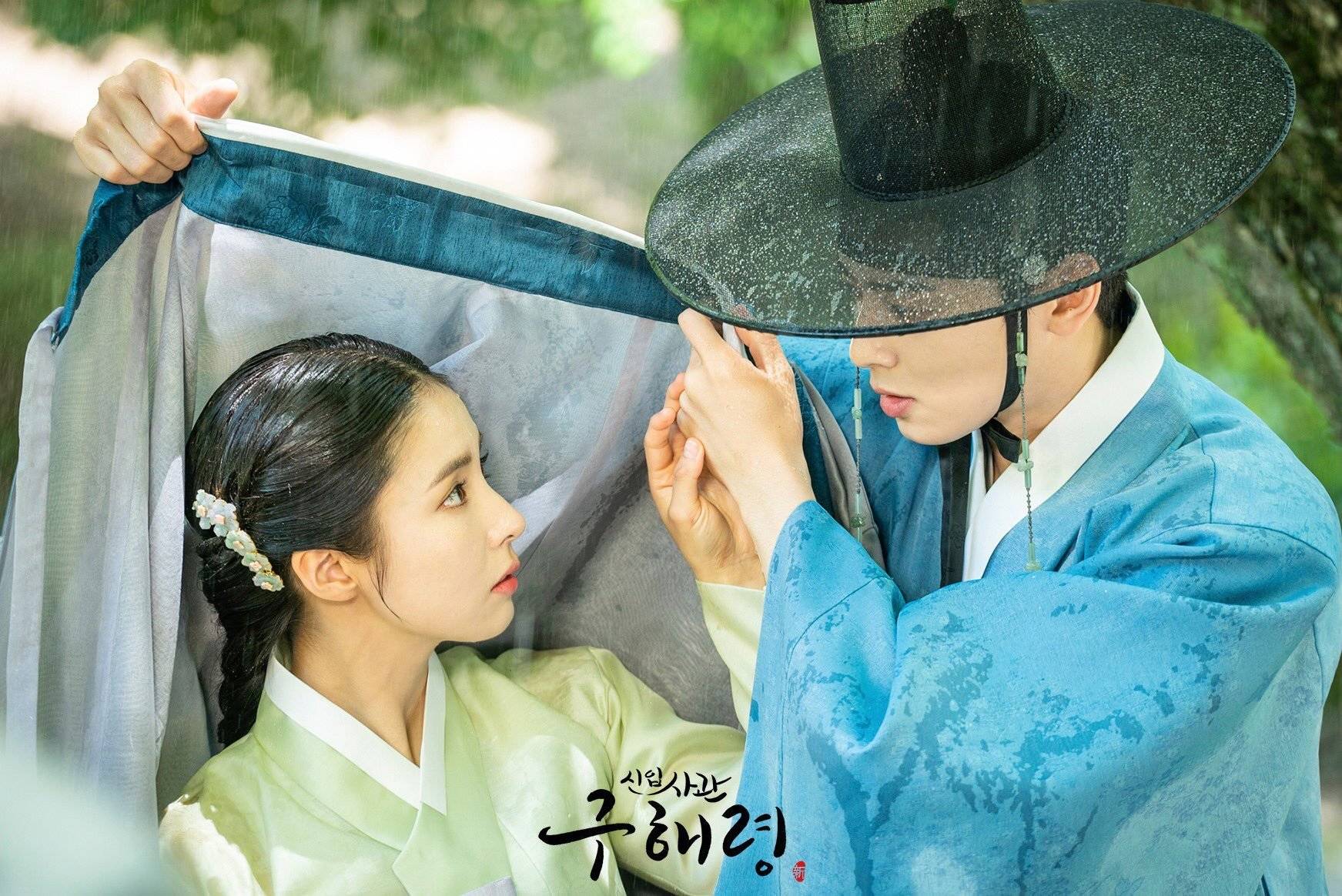 The Tale of Nokdu stars Jang Dong-Yoon and Kim So-Hyun in the main roles. It is based on a webtoon by Hye Jin-yang. Dong-Yoon plays the role of Nokdu, who disguises himself as a woman and enters a village that only houses widows. He wants to find his mother and solve the mystery of his life. In the village, he meets Dong-ju, who is training to be a kisaeng (courtesan) who entertains men from upper-class families. But Dong-ju has no interest in becoming one and is good at other skills like craft.

Dong-ju discovers his true identity, but both decide to help each other and eventually fall in love. The drama is such a mood lifter and is truly a comfort drama. Do give it a watch if you are into historical romantic comedies.

The drama is available to watch on Netflix and Viki. 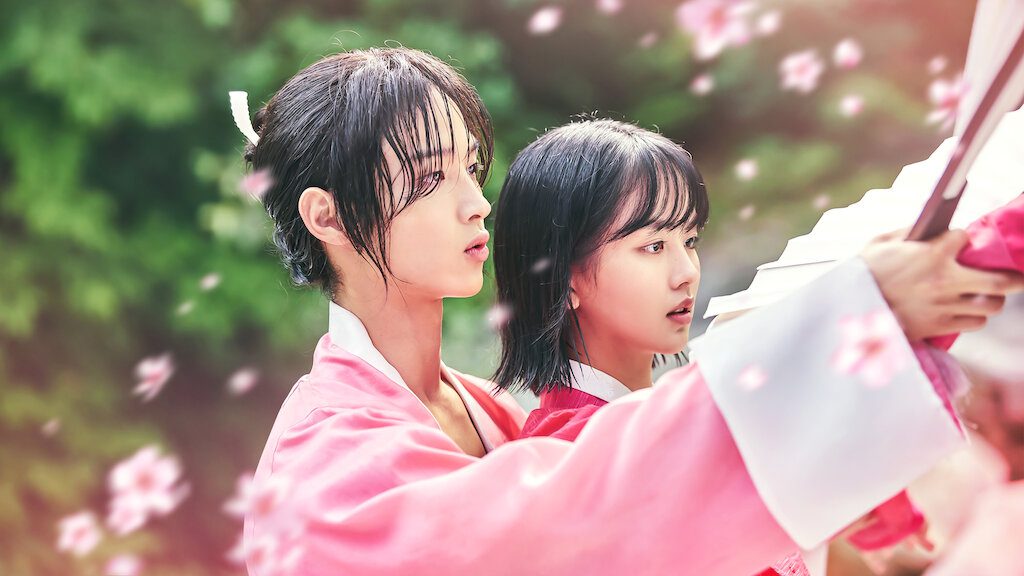 Apart from these, dramas like Bride of Habaek, 100 Days my Prince, and Queen for seven days also make for an enjoyable watch. Do give them a chance, too, after you are done with this list. Happy Watching!