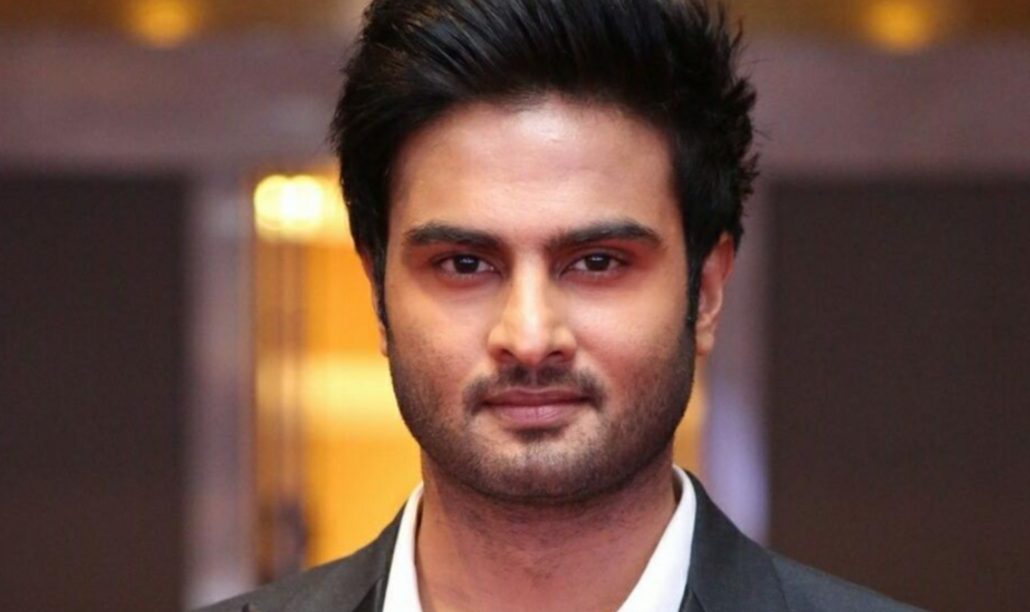 Want to know who Sudheer Babu’s Wife is? People are lately showing their interest in whether their favorite actor has anyone special in his life. Before getting into the details of what’s happening in Sudheer Babu’s personal life, let’s look at their prominence. Starting from the basics, Pasoni Naga Sudheer Babu is primarily popular in the Telugu film industry.

Some of his films are- Sammohanam, V, Shiva Manasulo Shruti, Nannu Dochukunduvate, Aa Ammayi Gurinchi Meeku Cheppali, Bhale Manchi Roju, and Prem Katha Chitram. Sudheer made his debut in Bollywood by playing the villainous character of Raghav in Baaghi. Being Sudheer Babu’s big fan, you will be happy to know that the actor is now busy shooting for his upcoming projects- Mama Mascheendra and Hunt.

How badly are you excited? Born on 11 May 1980, Sudheer is now 42 years old. The actor hails from Vijayawada, Andhra Pradesh. Did you know that Sudheer Babu is also a great badminton player? Before getting into the film industry, he was considered to be at the top in badminton, both in Karnataka and Andhra Pradesh. He even played along with Pullela Gopichand as the doubles partner. 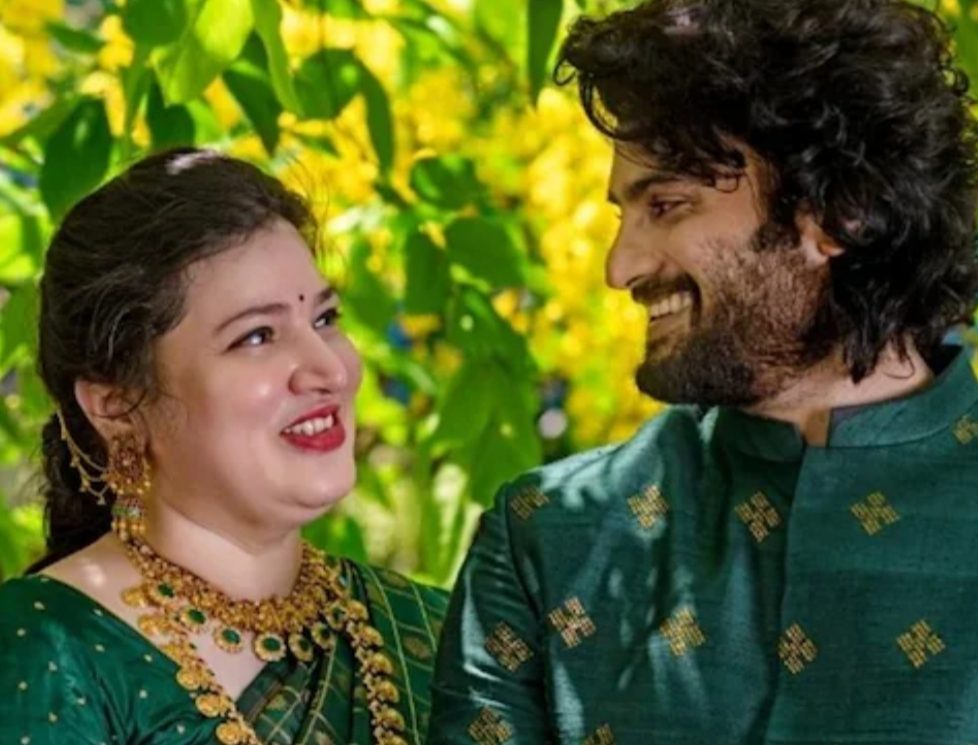 Coming back to his personal life, Sudheer Babu is believed to be leading quite a happy life. It’s been several years, even more than a decade, that both are married and are growing strong. But who is she? If you are looking for the details of Sudheer Babu’s Wife, here is what we know.

Meet Sudheer Babu’s Wife: Who Is She?

Talking about his love interest, Sudheer Babu’s Wife is Padmini Priyadarshini Ghattamaneni. In case you are wondering about her identity, she is the daughter of the famous and notable Telugu actor Krishna, who recently passed away. Also, she is the sister of Mahesh Babu.

But what about her profession? Has she followed in her father’s footsteps? No. She is out and prefers to keep herself away from the media. Well, Priyadarshini keeps herself behind the camera, serving as the director. Born in 1979, she is now 43 years old. She hails from Chennai, India.

It was on 29 May 2006, Sudheer Babu and Priyadarshini Ghattamaneni tied the knot. The love birds are blessed with a couple of children, whom they have named- Charith Maanas and Darshan. It is reported that it was an arranged marriage. Sudheer Babu was previously into sports and modeling.

Right after marrying someone from a renowned Telugu family, who has a film background, he decided to make a switch to acting. Since then, Sudheer Babu has been doing wonders and has earned a lot of fame. Both are very much in love with each other. Sudheer Babu’s Wife, Priyadarshini, appears to be very much supportive of him.

She even helped him a lot, especially during the initial days of his career in the Telugu film industry. Sudheer and Priyadarshini are a perfect match. Don’t you think so? Priyadarshini shares a very friendly and close relationship with her brother, Mahesh Babu. In an interview, she shared that during her childhood days, Mahesh used to empty the ink in her pen without her knowledge. 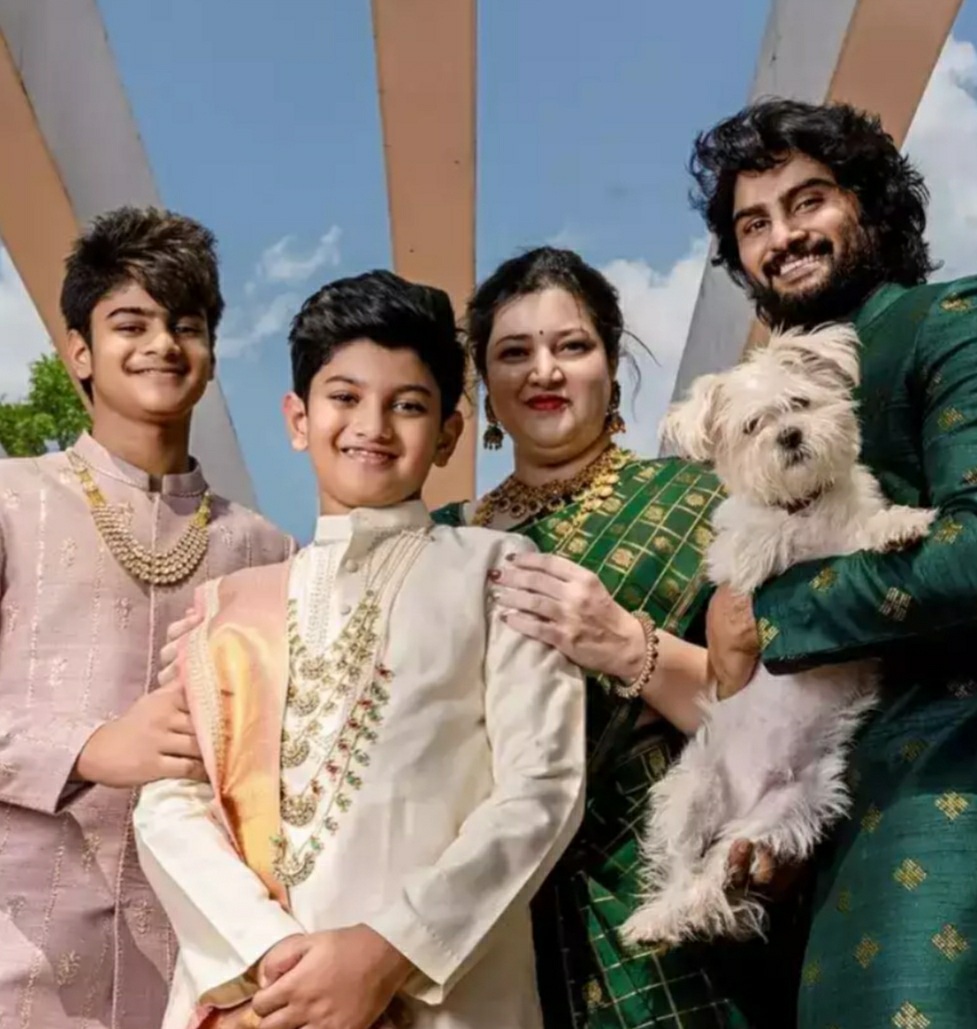 Sudheer Babu with his family

It was a lot of trouble for her. Still, she misses those days! Also, Sudheer is very much close with his brother-in-law. Last year, Sudheer Babu’s Wife, Priyadarshini, came into the limelight after filing a complaint against Shilpa Chowdhury for fraud. The latter asked her to invest Rs.3.90 Crore in her real estate business. Besides Priya, several other renowned artists got cheated on by Shilpa, as claimed.

Well, Sudheer Babu stays by his wife’s side no matter what happens. This proves how badly they are in love and have respect for one another. On the other hand, the couple also shares a pet dog, Pluto.

Wishing Sudheer Babu nothing but the best for his upcoming projects. You may give Sudheer a following on his Instagram account for more updates. Hoping his marriage and feelings for Priyadarshini stay strong forever.