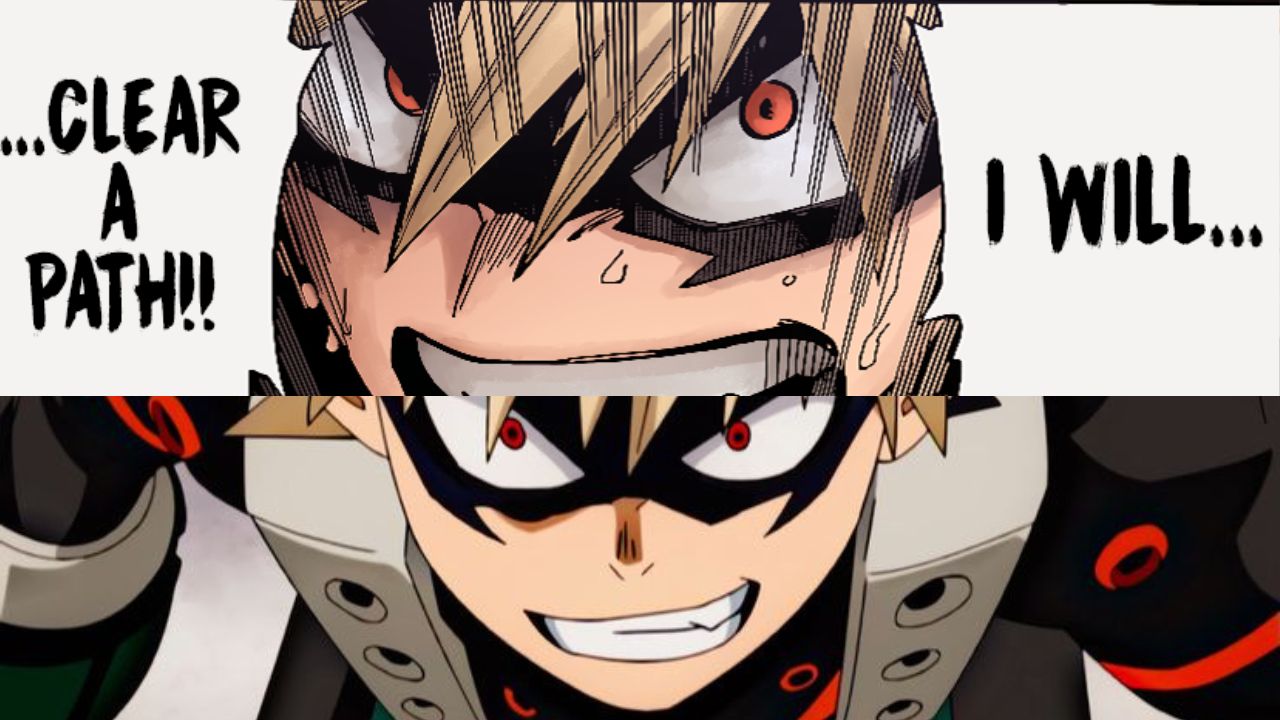 The Chapter took a turn and highlighted the Shigaraki’s whereabouts. My Hero Academia Chapter 358 is titled “A small step for a man”. Trapped in the flying land, Shigaraki is facing Heroes such as Sun Eater, Nejiro, and Jeanist. Alone Shogaraki is enough to overpower the Heroes. Even though Shigaraki’s quirk is being erased by Aizawa and Monoma, he has special body properties due to the mix of various quirks. Shigaraki states that with their body and his quirk he will create a new world where he will become the God. 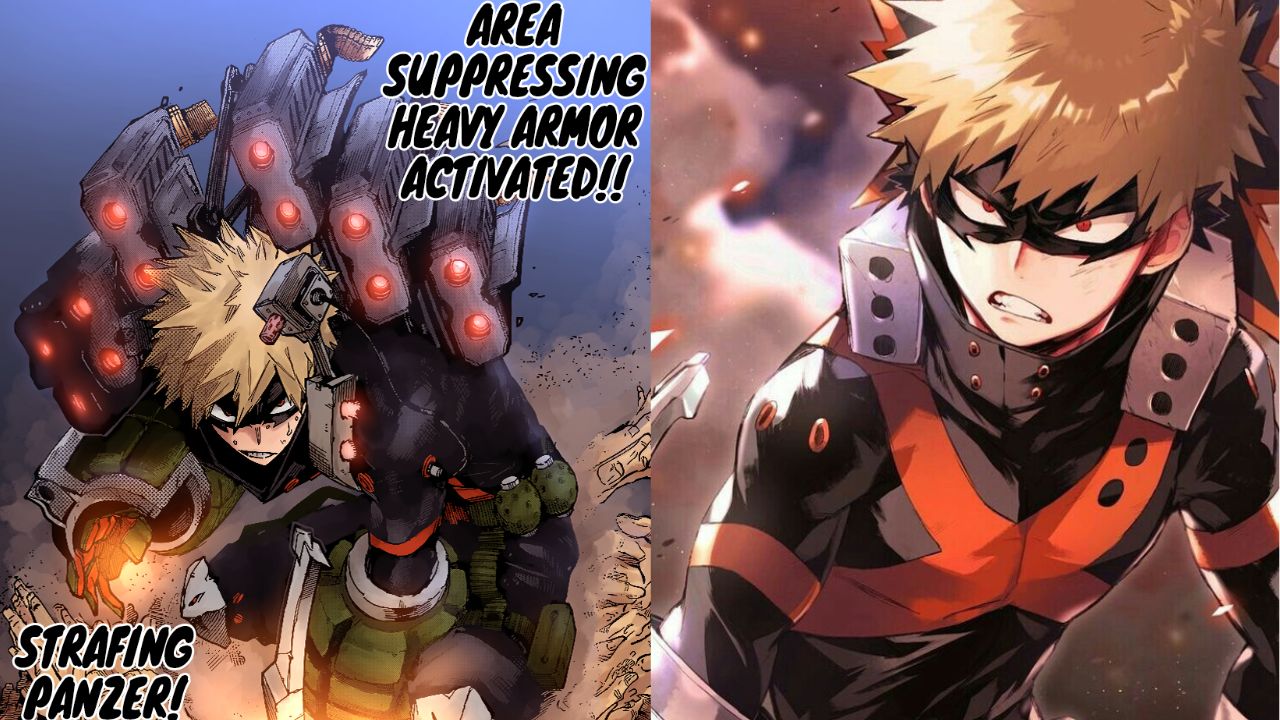 However, Bakugo is not intending to listen to Shigaraki at all and charges to hit his main body. With the new equipment from the support course, he is shattering all the weird properties that Shigaraki is using and charges with the other heroes. With a new move called “Howzer Impact Cluster Bomb!” Bakugo is sure to hit Shigaraki and injure him.

Now that we know Bakugo has unleashed his new attack “Cluster Bomb” and he is pretty sure that it make an impact on All For One since he has already tested on One For All (Yes, Deku is still his punching bag). However, we saw that it still has to touch Shigaraki. Will it be touching Shigaraki? Well, we can’t say for sure what will truly happen but let’s speculate what could happen. I believe that Bakugo’s new move might make an impact even a hard one. Since he has the support of the rest of the heroes like Jeanist and Rabbit, with Aizawa and Monoma erasing his quirk this new could launch.

However, it won’t be enough to finish off Shigaraki because as we know that Deku is the main character and eventually he will be the one to finish off Shigraki. But that story is for later in the series. But the new move will be enough to gravely injure the latter. Considering that this fight might be taking place at the same time as All For One Vs Endevaour and Hawks, All For One’s trump Card might help Shigaraki gain an upper hand in the battle and defeat everyone single-handedly. Then it will be up to our main character to save the day. 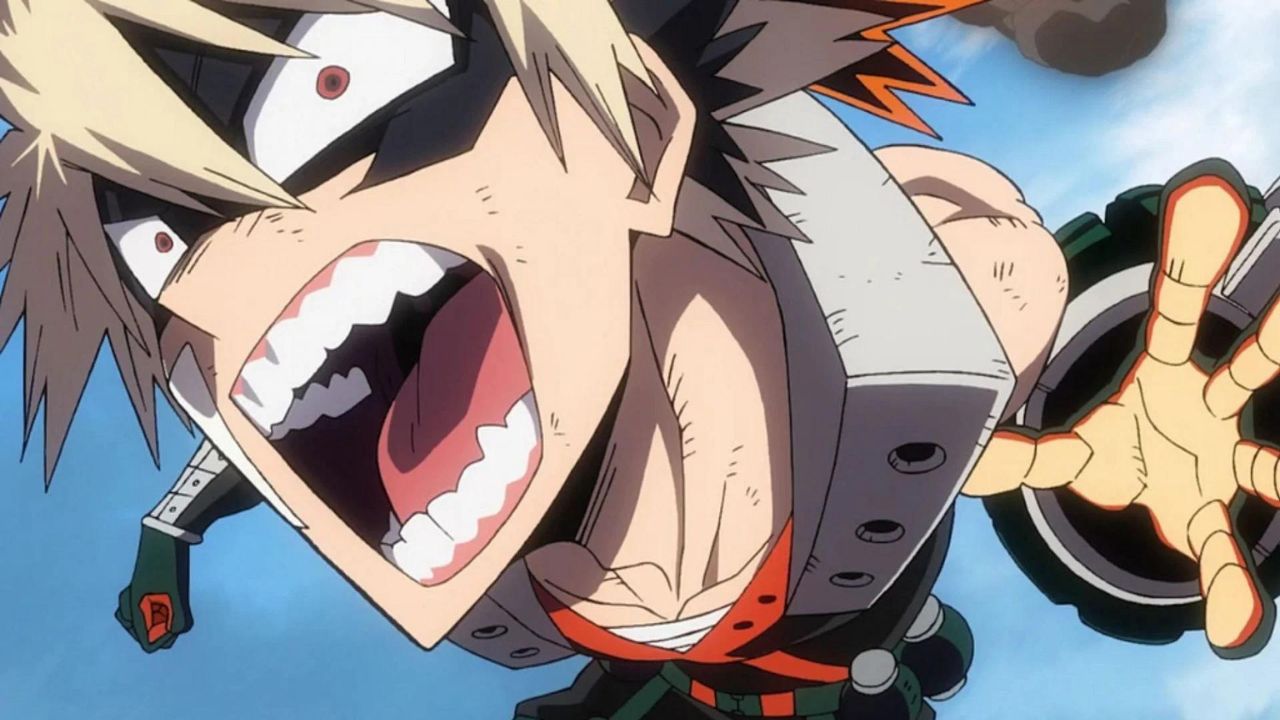 Unfortunately, these are nothing but mere speculations from our side. The raw scans and spoilers of My Hero Academia Chapter 359 aren’t out yet. They are generally dropped 2-3 days before the chapter’s official release date. The raws and scans spoilers for My Hero Academia Chapter 359 will be out on the 15th of July. We will either update this section or make a new post specifically for that.

Unfortunately, will be on a break on upcoming Sunday and will continue in shonen jumps’ issue no.33. Chapter 359 of My Hero Academia is scheduled to release on Sunday, July 17, 2022. New Chapters are dropped every Sunday unless there’s a delay.

Where to Read My Hero Academia Chapter 359?

Once it is released, My Hero Academia Chapter 359 will be free to read on various platforms like vizmedia, mangaplus, and Shonen Jump’s official application.

Also Read:  A Couple of Cuckoos Episode 12 Release Date: Things Are Getting Better