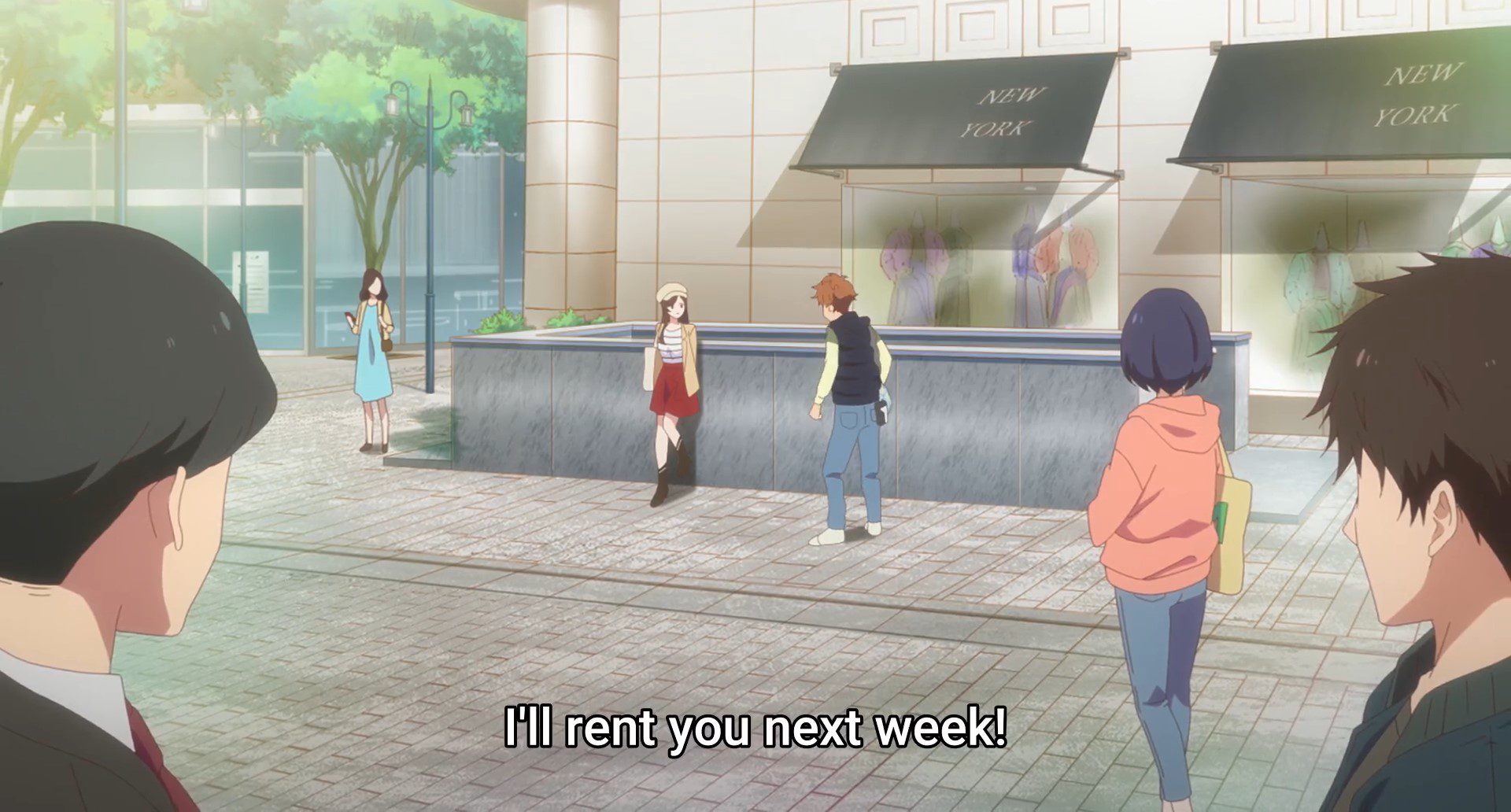 We begin the new season of Rent A Girlfriend with our main character Kazuya who is upset by the fact that Chizuru will quit the rent a girlfriend gig once she gets a huge role due to the upcoming theater play. Kazuya is worried that he will also have to tell his grandma that he and Chizuru broke up, which will make his grandmother upset. Chizuru has done a lot for Kazuya to keep his act in front of his grandmother and even his friends. So as a last resort and to confirm that Chizuru will leave being his rental girlfriend, Kazuya decides to watch her play, which will decide their fate. 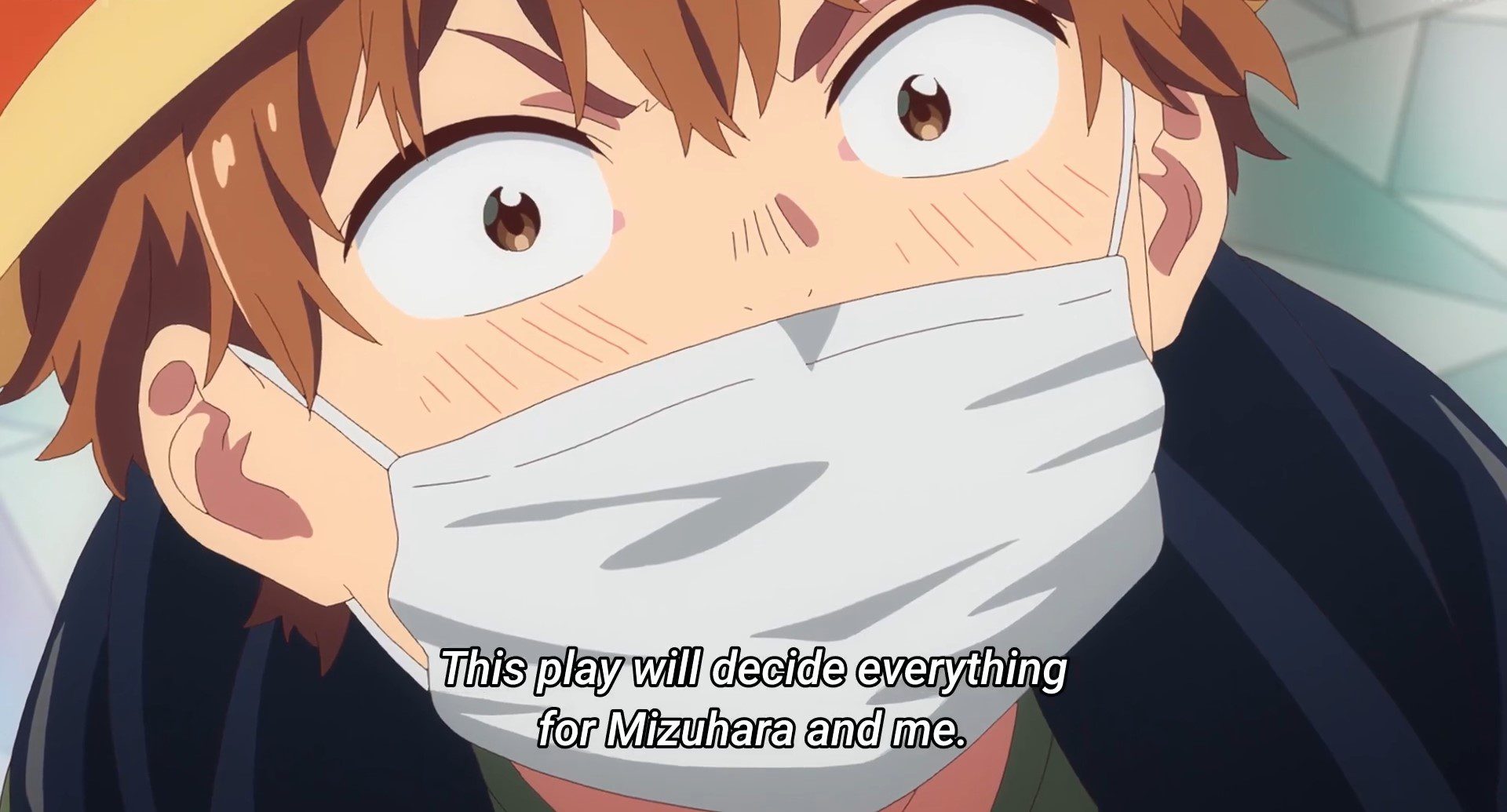 Kazuya gets a sit on the play and is nervous to watch her act. The play begins, and when Chizuru comes out acting as Shinobi, Kazuya cannot bear to watch her act and feels embarrassing. However, after 2-3 jokes from Chizuru’s role, which make everyone laugh, Kazuya starts to blend in as well and starts to laugh at her jokes as well, and even cries when Chizuru’s character dies at the end of the play.

Sumi was also at the play but decided not to disturb Kazuya and let him feel the play. Chizuru was confident that now, she might get a new role and could focus fully on her dream of becoming an actor. However, it turns out the other girl in the play gets the role because she has known the scouting director for a long time.

Kazuya and Chizuru stumble outside, and through the play’s bill, she comes to understand that Kazuya went to watch the play. Kazuya congrats her on her act and tells her that she will get the new role for sure. However, Chizuru tells him that the other girl landed the role because she did not have any talent and may give up on her dream of acting. Kazuya tells her that he will keep on renting her to make sure she can afford to act and not give up on her.

What to expect from Rent A Girlfriend Season 2 Episode 2?

The title of the Rent A Girlfriend Season 2 Episode 2 is “The Usual Girlfriend”. The least we can expect from the Rent A Girlfriend Season 2 Episode 2 is a date of Chizuru and Kazuya again after a long time. But we have a lot of the other female characters as well. Like Ruka, who is technically Kazuya’s girlfriend, and we cannot wait to see her jealously with Chizuru. Whereas Mami is a strange character and she can be up to anything, and for Sumi, she will keep on being shy. 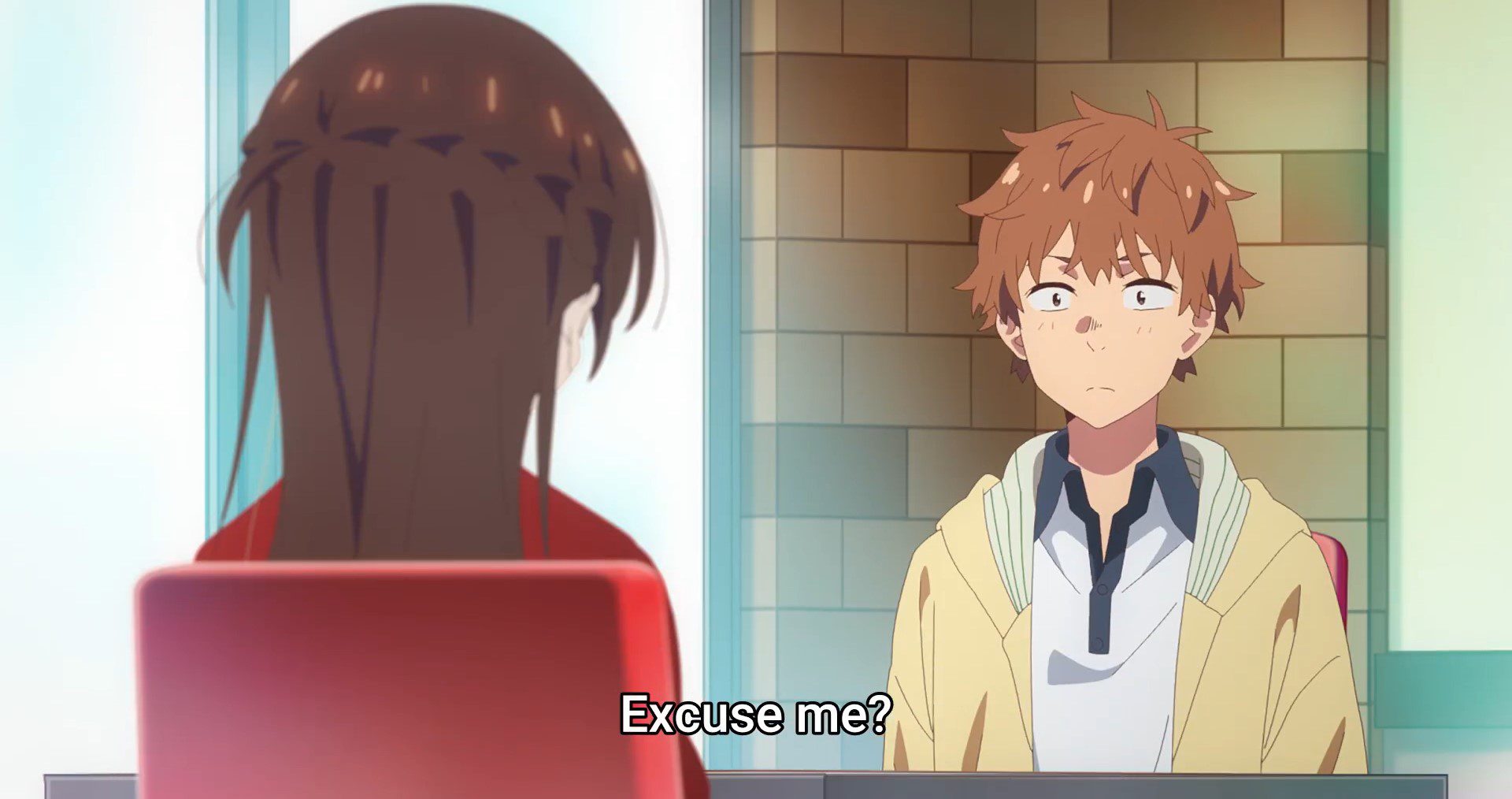 The latest episodes of Rent A Girlfriend Season 2 will be the first broadcast on different Japanese Local Television Networks, such as the Super Animeism programming block on MBS and other networks. And after a few hours, the new episode will be available to watch on Muse Aisa’s Youtube Channel to stream internationally for free, and subscribers of Crunchyroll can also stream it on their website.