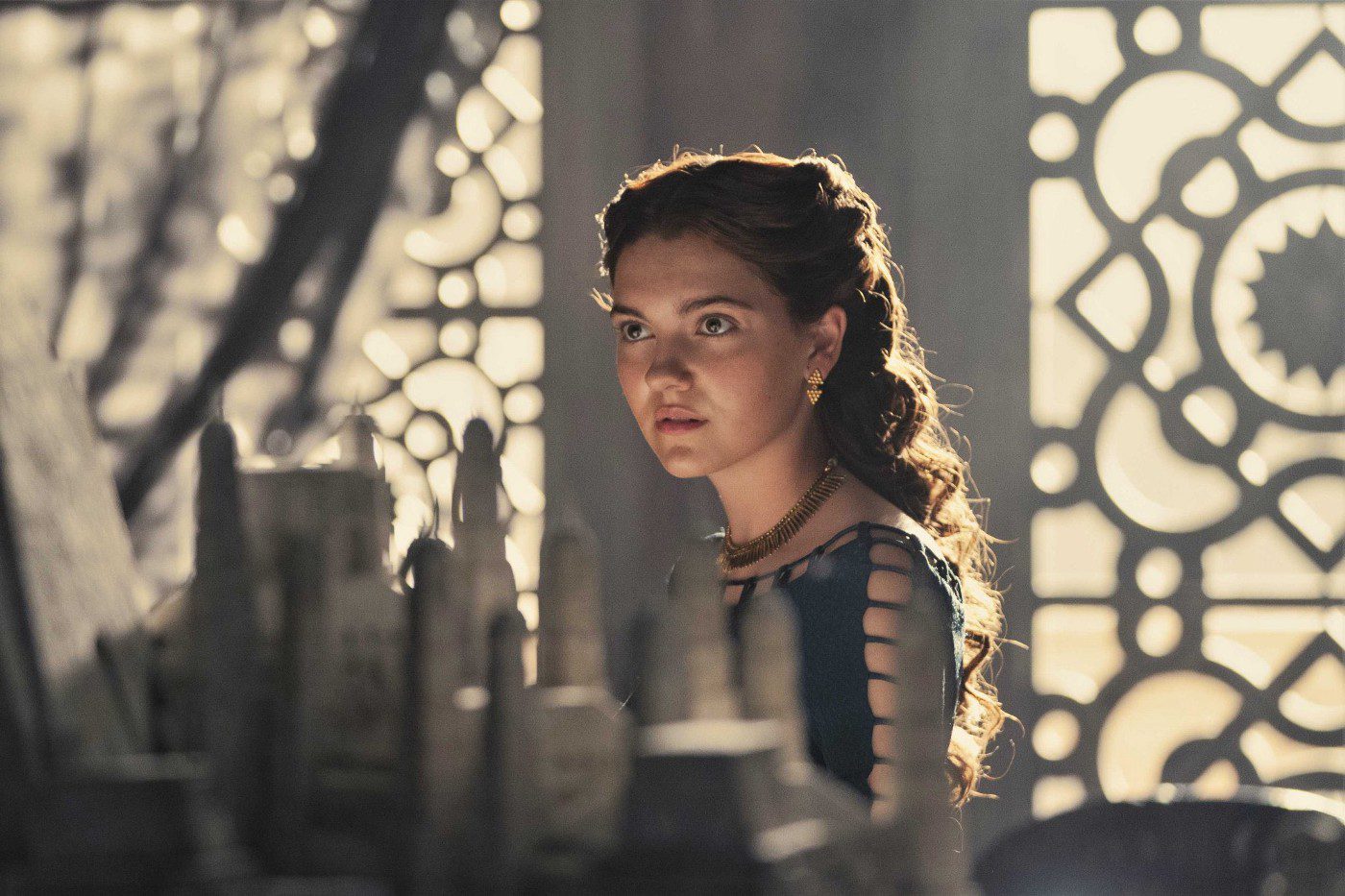 House of the Dragon Episode 5 changed Allicent forever and here is why. We saw the episodes starting with the royal weddings in order as the King himself went to Lord Corlys’ home and asked for the hand of Ser Laenor for the Princess. This means the union of the two largest and most powerful houses in the history of Westeros. With The Crown now even stronger than before, it is truly a new era for the Targaryens. Princess Rhaenyra is the first female heir to the Iron Throne and she is obviously going to receive backlash.

The “Game of Thrones” theme of family politics is still high in the episode as Ser Otto Hightower leaves the Red Keep as per the King’s orders. This means that Queen Millicent is now truly alone with even his father leaving the household. She just has herself and her children to keep company. She and Rhaenyra broke their friendship from the moment that Allicent got married to her father.

Although, Allicent still trusts Rhaenyra as her friend and also trusted the Princess when she said she never slept with Prince Daemon. Despite the fact that she did not know the whole truth, Rhaenyra practically never lied to the Queen about the same.

Now, the thing is, Queen Allicent is paid a visit at the Gods Wood by a man who claims to have known it all because he sees. So, he reveals to her that the Grand Maester sent a special tea to perform an abortion on Princess Rhaenyra late at night when Daemon returned and the allegations were made against her. Well, this alarms Allicent because she thought that Rhaenyra is a maiden still. 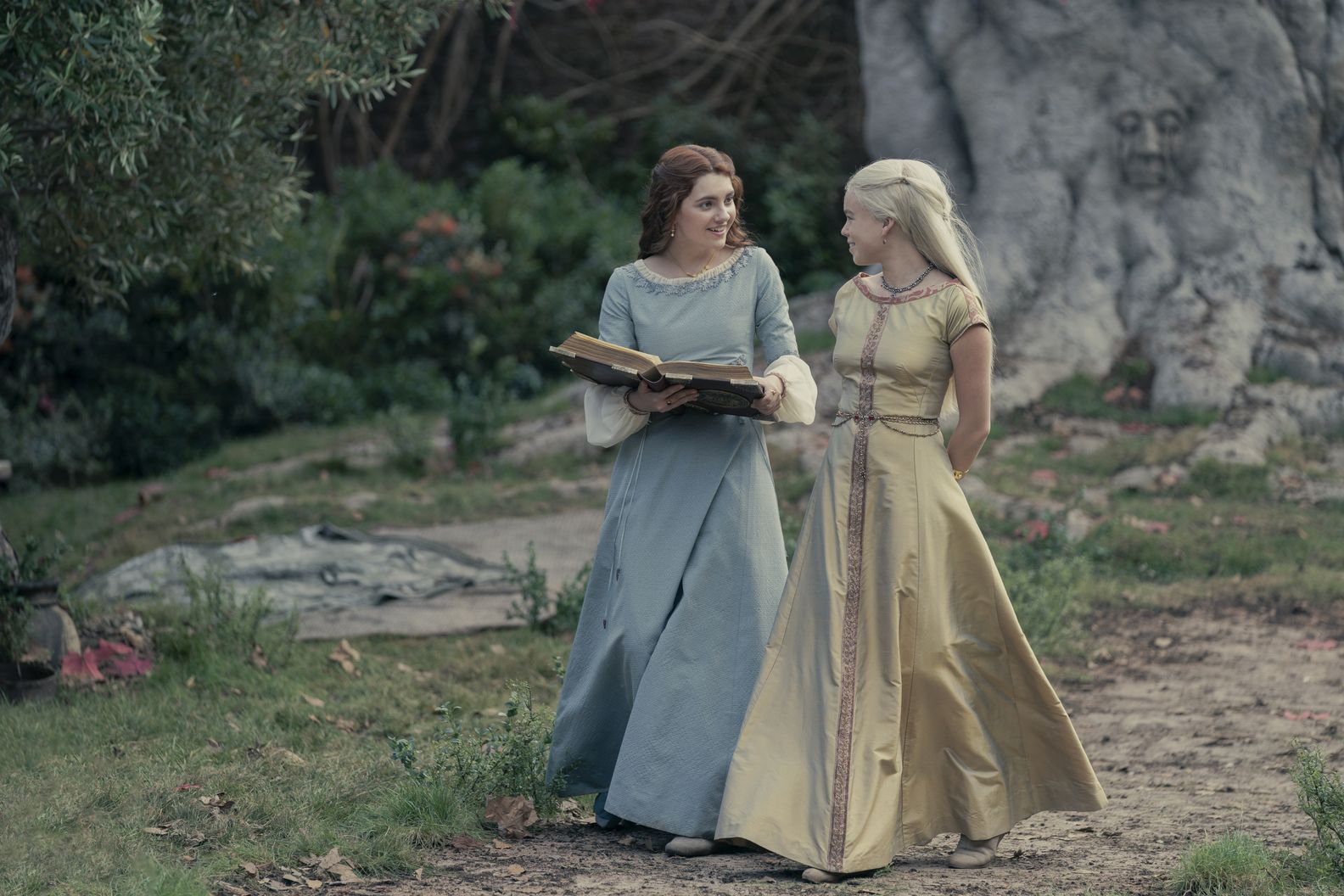 A still from House of The Dragon Episode 1

How The Plot Shaped Up Around Allicent

Coming back to the Red Keep, we see that Ser Criston is already heartbroken because Rhaenyra has refused to marry him and flee to the Essos with him. It is obvious that she is aware of her duties to the Realm and thus, performs them nevertheless. Rhaenyra is now a grown, mature woman who is learning to play the “Game of Thrones”. Well, upon their return, the Queen summons Ser Criston to her chambers, where she unexpectedly gets to know that Ser Criston was the one who Rhaenyra slept with and not Prince Daemon.

This hurts her because she has been betrayed by the only person who was her friend. At the royal feast to celebrate the pre-wedding nuptials of Princess Rhaenyra and Ser Laenor, we see her entering the hall in the middle of the King’s speech. She is wearing a dark green gown. It is the color that the house Hightower uses when it declares war. Now, we know that Allicent is angry, but what does this episode mean for her story and character arc? Let us understand the same.

What Does Episode 5 Mean for Allicent’s Character?

Queen Allicent, when she enters the hall to the feast, alone and in green, wants to declare that she is the Queen. Till this point, she has always been in her father’s shadows as he used to play the cards for her. But with this episode, Allicent established that she is indeed a Hightower even though she is living amongst the Targaryens. Given the fact that she has been betrayed by her only best friend and companion since she was a child, that is Rhaenyra, the gown is her way of saluting her culture as a Hightower and declaring hostility against Rhaenyra and her rule.

We saw how she did not want to raise her children, practically hating on their half-sister just for the Iron Throne. Although, her views have changed now. Ser Otto too, advised her to look out because when Rhaenyra becomes the Queen, she will target her children first as they stand to have the direct claim to the throne because Argon is a man.