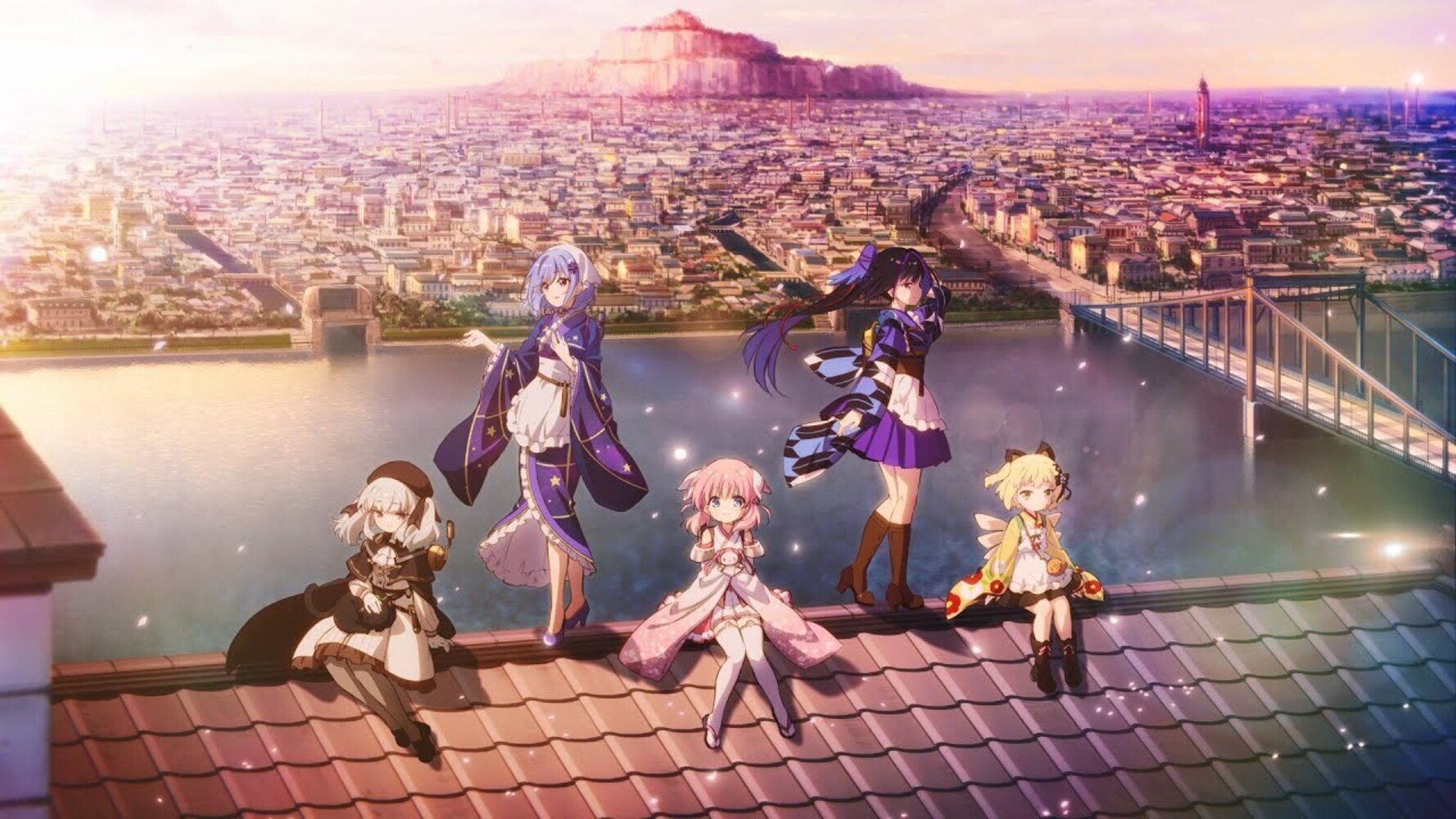 Prima Doll Episode 5 is set to release weekend. Prima Doll is a Japanese multimedia project made by Key and Visual Arts in October 2020 that features figurines by Kotobukiya, serialized short stories, and an online novel. This series was created by Bibury Animation Studios for Tensho. It premiered on July 9, 2022. The screenplay was written by Kai and Tōya Okano.

Primo Doll is a story about mechanical dolls. The staff at Café Kuronekotei are exceptionally diverse. Automata, or autonomously mechanical dolls, cheerfully serve customers, even though they weren’t always up for domestic life. Just a few years earlier, their machines had served as weapons in the great battle, but now they are seeking their place in a world that is at peace after the war at the Kuronekotei cafe. Na-Ga, Fuzichoco, Yui Hara, En Morikura, and Lack provide original illustrations, along with Akane Yano. It opens with a song by Chat Noir (which features Azumi Waki, Tomori Kusunoki, Miyu Tomita, Yuki Nakashima, and Akari Kit). Sentai Filmworks has licensed the series worldwide, except in Asia.

Episode 3 gave me both a Violet Evergarden vibe and Komi can’t communicate vibe. I felt for Houkiboshi, hoping to see her comrades alive and returning, only to be heartbroken later on. The letter broke my heart, but Houkiboshi at least had her voice back. By the way, I loved her song as well. Since Houkiboshi’s design has always been my favorite of all the automata at the cafe, I am glad that she is the next one to shine. As is common with these girls, it appears that they had some form of trauma that affected their bodies as a result of their PTSD. Houkiboshi was unable to speak as a result of her PTSD from the war.

The backstory of Houkiboshi was rough, but she seemed to be very close to her unit, particularly their captain, who requested she sings for them as a send-off since it was highly likely that none of them would be able to survive the battle. After she was recovered from the battlefield and repaired by Nagi, Houkiboshi discovered she couldn’t speak anymore. The whole situation was simply too sad for her, so she couldn’t even finish her song before crying. As far as I’m concerned, Houkiboshi’s voice is not broken. Rather, there is something deeper going on than just her voicebox malfunctioning. By practicing singing on stage with Houkiboshi, Haizakura tries to help Houkiboshi get her voice back by being the helpful cinnamon roll she is. 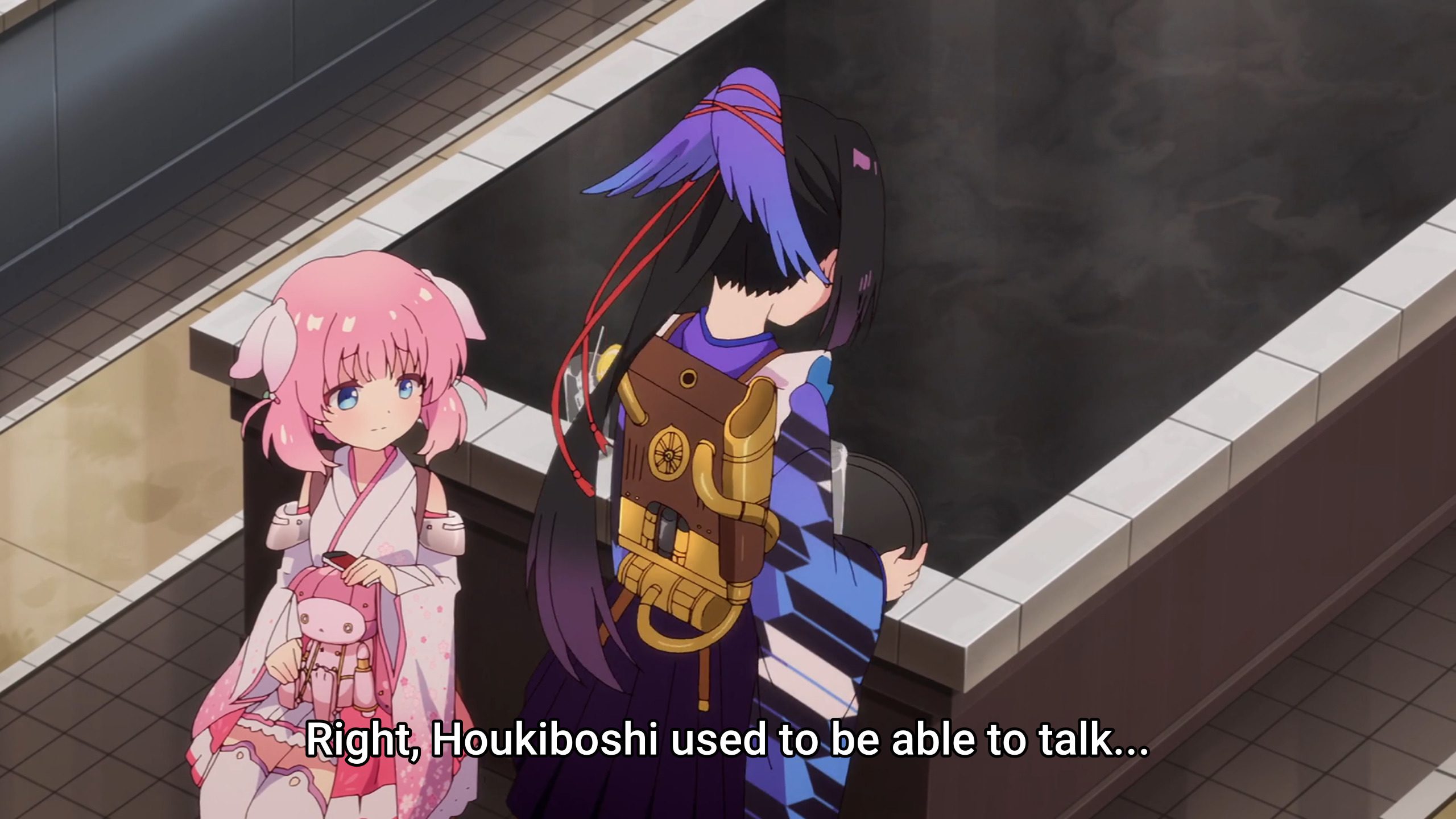 I immediately knew what was up when I heard that the 525th Regiment would be returning. Not gonna lie, I was hopeful the captain would be alive, but that was wishful thinking. My best guess is everyone will be cremated. Haizakura’s actions could easily have escalated their situation after Houkiboshi was dragged to the docks, but it seems like one of the individuals carrying the remains recognized Houkiboshi’s name and ended up meeting Haizakura eventually. Looks like Hana wanted Haizakura to give Houkiboshi a letter she was writing to him from Onii-san. 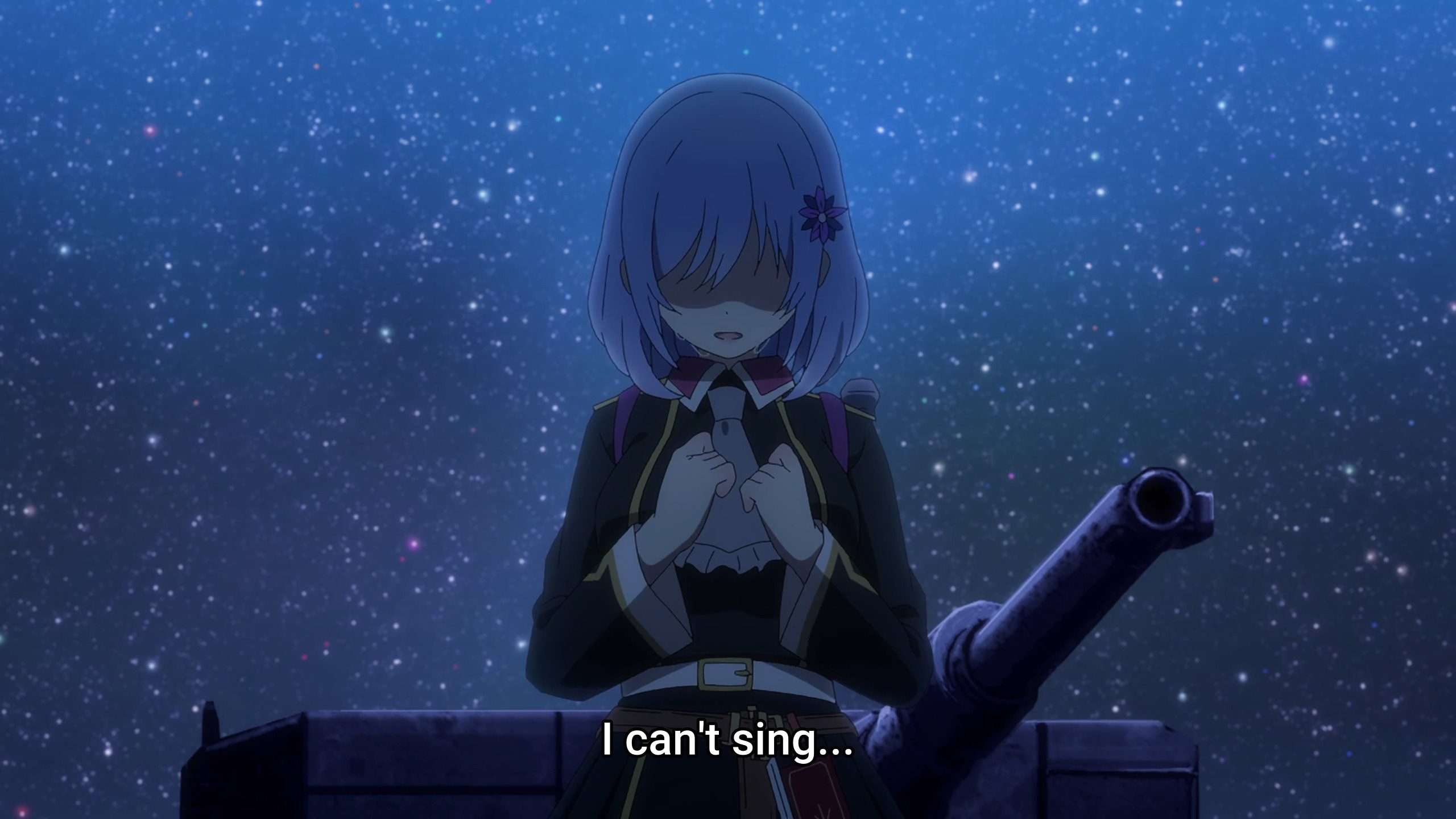 Since her tears made them glad knowing that even as an automaton, she shared their pain, her Onii-san happens to be the same Captain as Houkiboshi’s unit, and the letter almost helped her move past her guilt. Damn. It was tear-jerking, especially when Houkiboshi finished reading the letter and her voice finally started returning. Turns out Haizakura was right, it wasn’t the hardware that kept her from speaking, it was her guilt and sadness. This episode ends with Houkiboshi singing to the family members of the 525th Regiment. I hope that this won’t just be something like Yuugiri’s voice returning, but rather it will become permanent.

Where to Watch Prima Doll Episode 5?

Fans can watch Prima Doll Episode 5 on HiDive. When it is released, You will be able to see past episodes as well.