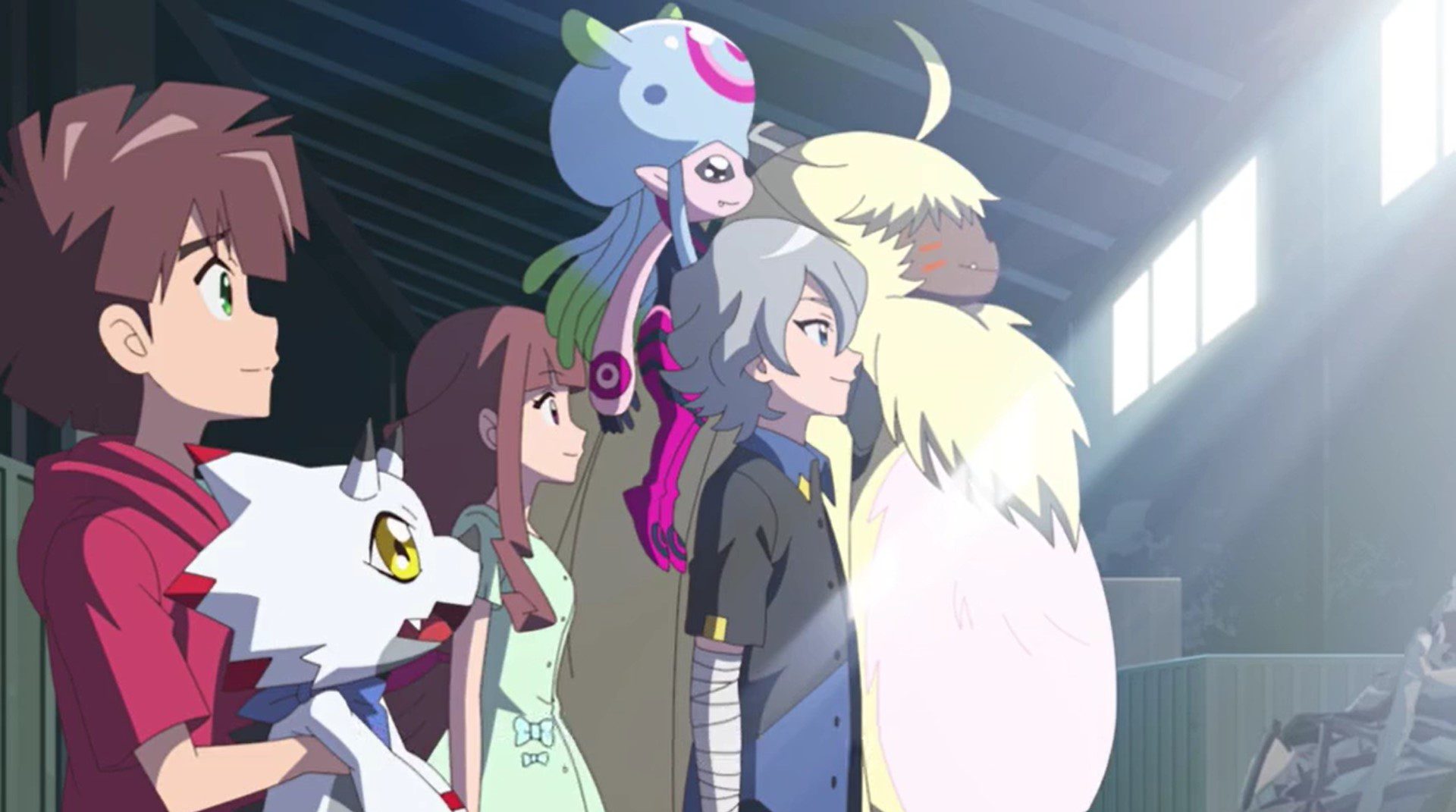 Digimon Ghost Game Episode 45 will be released this weekend. It premieres on Fuji TV on October 3, 2021, with the opening theme “FACTION” by Wienners. It is based on the Digimon franchise. It shows how Hiro uses a mysterious device left to him by his father to solve a mystery, which is aimed at children but enjoyed by both young adults and adults.

Throughout this new installment of the Digimon franchise, we have seen every new episode with a new story. Digimon Ghost Game Episode 45 is no exception, and we can expect more episodic events in the future. Having said that, we have our theories as to what will happen in Digimon Ghost Game Episode 45. But until the episode is released, we won’t know for certain what will occur.

The climax of this episode was quite exciting, and the animation was excellent, not to mention the captivating mystery. This episode was intense. Hiro’s Assertiveness and Character Development The one thing we are most familiar with about him is that he is unable to turn down requests and is pretty unassertive in general.

It is a relief that Hiro has not yet turned merciless, and the series has shown that his desire for peaceful resolution is as much a strength as it is a weakness, if not more of a strength than a weakness. However, this episode demonstrated Hiro’s assertiveness in overcoming conflicts and obstacles, just as Episode 42 did. 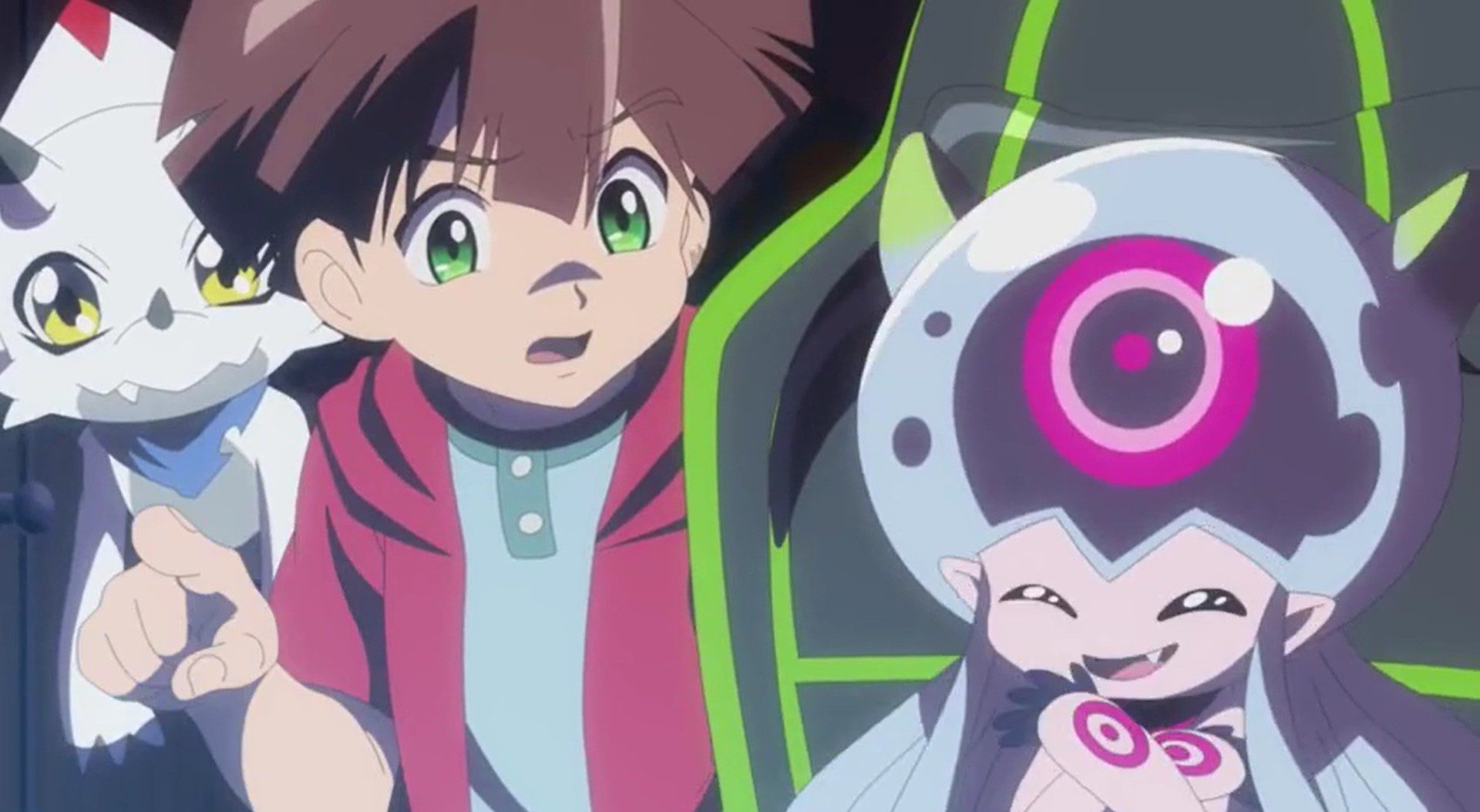 Despite Hiro’s respectfulness and civility, I was surprised that he pressed Fukatsu fairly forcefully, even going so far as to stand closer to him and briefly hold out his hand as if saying that he wasn’t going to back down. However, I must give the writers some credit for making this rare moment of assertiveness feel natural for Hiro: I think they’ve managed to build it up so slowly throughout the series that Hiro is both surprising but also natural when he acts in this way.

Jellymon-sama’s Businesses and her Growth I’m interested in seeing how different Hiro will be at the end of the series from when it started. As a Jellymon-sama fan, I’ve been looking forward to an episode of her, showing off how much she has grown as a character. I’m really glad this episode ended up being one. 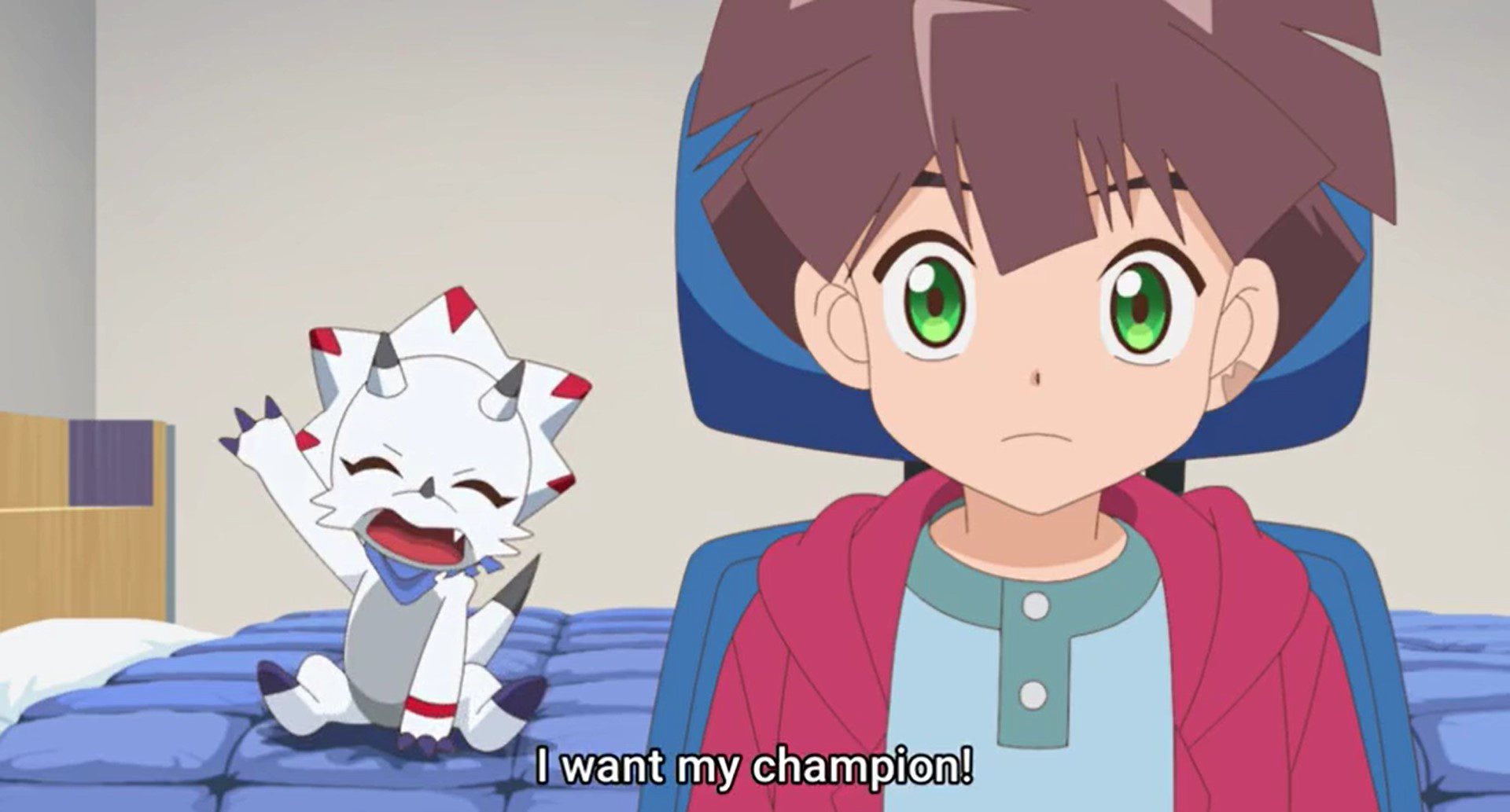 The character Jellymon-sama was rather selfish during the beginning of the show and only wanted to amuse himself. As the series went on, she became kinder and much more caring towards the other five, but by Episode 22, she wasn’t one to apologize for her actions and admit to her mistakes since the other five didn’t hold her accountable.

In Episode 22, Ruli tried to do the same, but it’s obvious that her efforts failed. In episode 33, we heard her concede that something was her responsibility, even though her sole error was not taking Kiyoshiro seriously. In the end, she took responsibility for her choices, apologized, and made up for them, and in the end, she was key to resolving the conflict (and the only one to do so, honestly). 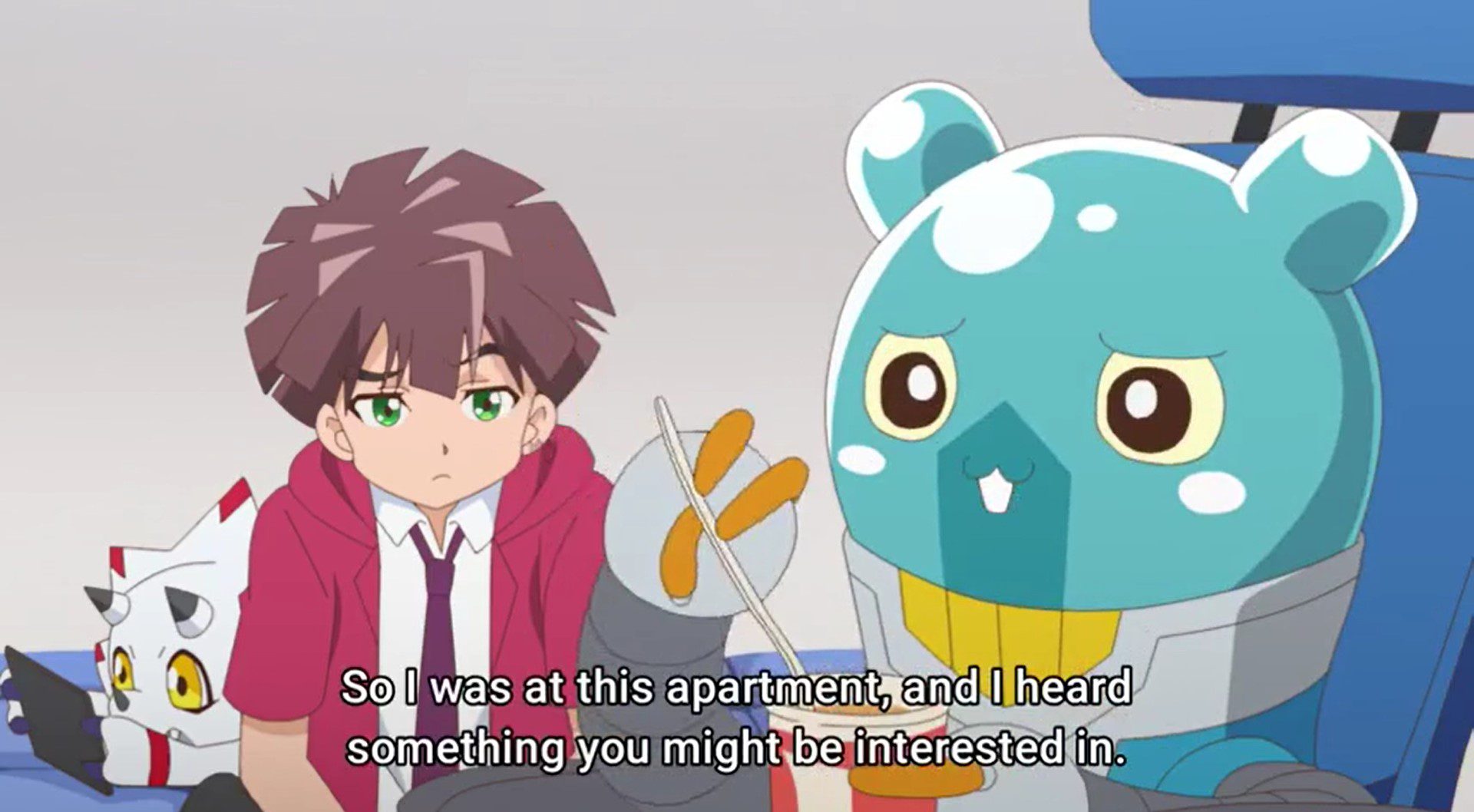 She was a driving force behind the conflict. Although she is angry at first when Kiyoshiro reprimands her and demands she fix her mistakes, she shows genuine remorse for what she did, something she would not have done otherwise. Even though Jellymon-actions sama’s took some time to manifest, I sort of liked it as it allowed for her actions at the episode’s end to feel natural and true to who she was.

Team Lirurun has had a significant impact on her, my darling jellyfish queen, and I hope to see her in more episodes in the future! Having said that, I wonder what her business here was. I wonder how she expected to profit from this, given that she seemed to not charge her “clients” money. 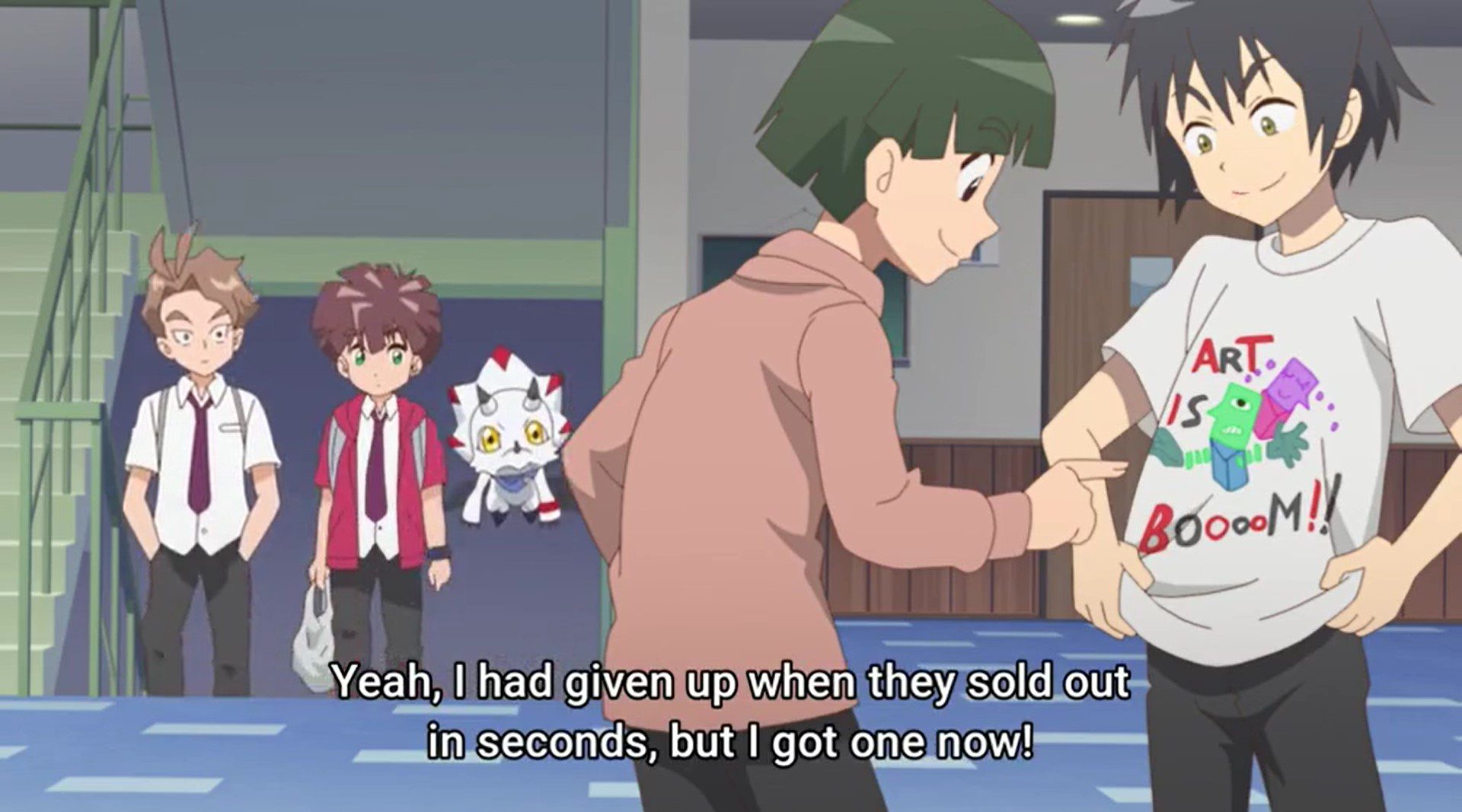 However, I hope she pursues a more legitimate endeavor in the future, preferably one that doesn’t require Darling to push a heavy cart of appliances for no pay before being transformed into dolls. In a New Limit to Evolution, we learned that even Lamortmon has a limit in this episode.

Considering the amount of exertion they exerted, it appears likely that the limit is a matter of time rather than exertion, or perhaps both, but whichever comes first will determine the limit. Essentially, this means the Ultimate forms in general or the Canoweissmon and Lamortmon forms, in particular, are subject to limits. 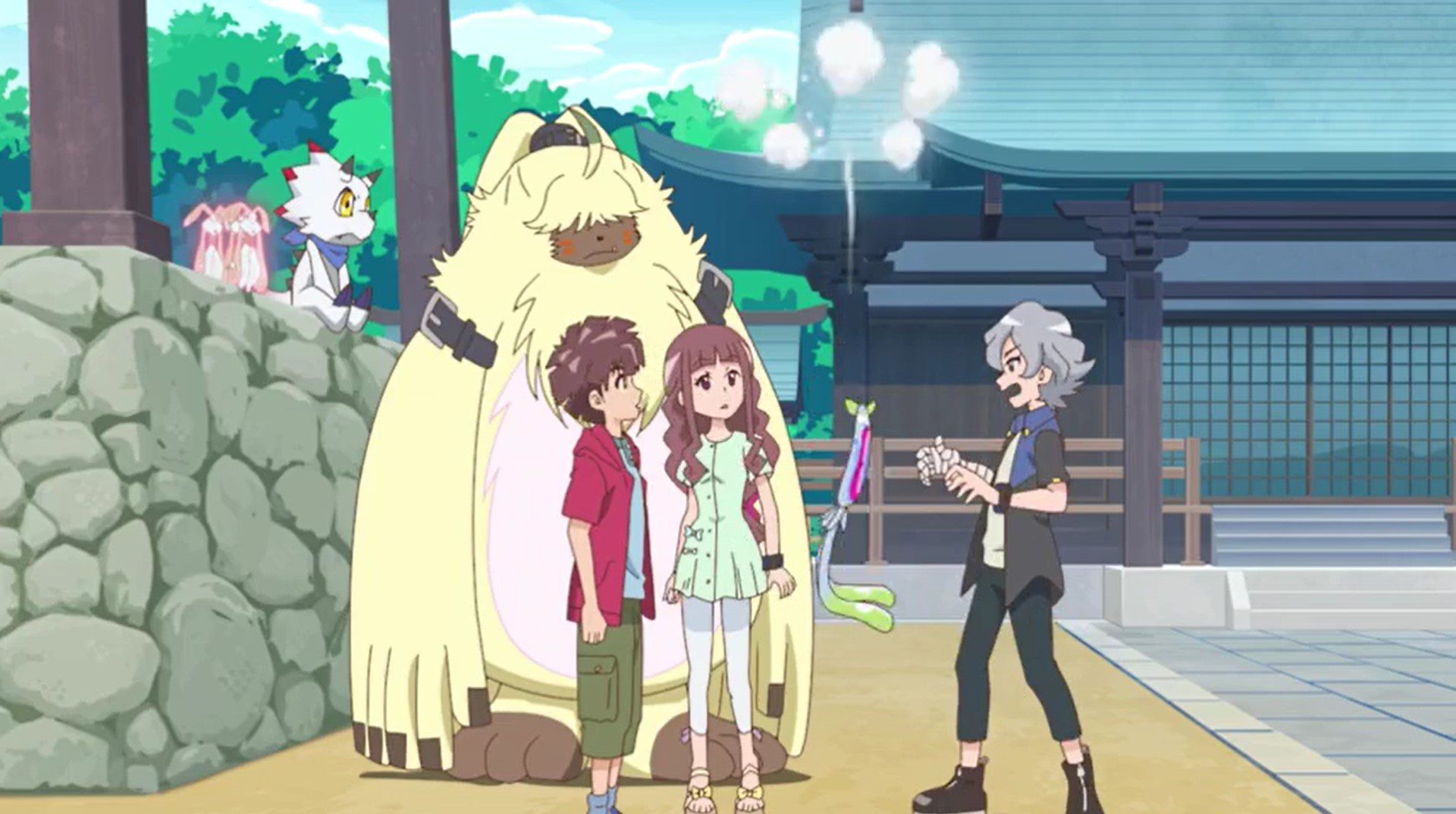 The idea that even the Thetismon form has a limit piques my interest, and I suppose we’ll need that knowledge to construct stronger theories. Even though the GulusGammamon problem persists, and Angoramon appears to lose IQ, and through a severe shift in disposition upon acquiring the Lamortmon form, I believe the latter theory has some merit.

Next Episode: Dark Themes Galore! This looks like the darkest Ghost Game episode yet, after every Ghost Game preview. The expressions of Rini and Mika, as well as the shot of Kotarou, tell a story. I’m interested to see who will be responsible for next week’s conflict if Darling goes all out with his “defenses.” As always, I’m looking forward to it!

Also Read: Where Does The Hunter X Hunter Anime Leave Off In The Manga?