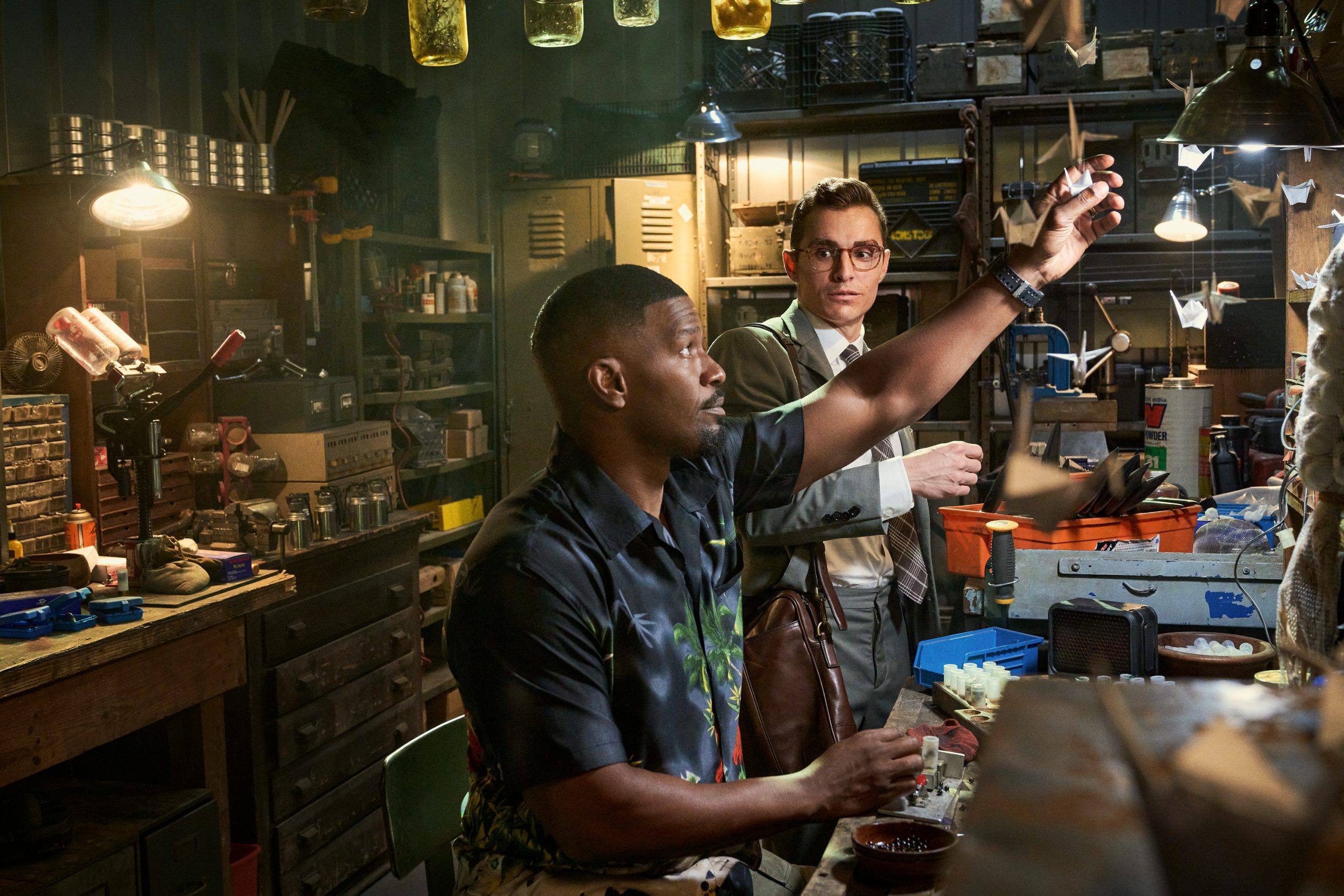 Day Shift Filming locations are beautiful, and thus, we decided to discuss all of them. The film revolves around vampires, although it does not glorify their concept like every other vampire film. Its main character is a human named Bud Jablonski. He is struggling quite desperately for money in his life as a blue-collar worker. In order to provide for his family and put food on their tables, Bud is seen getting a pool cleaning job as his daily work.

Although, this is not exactly what he does. His real job is to fight with vampires and kill them in order to have a safe space for humans to exist. Once, while he was doing his job, Bud recognized two vampires in the nearby house and kills them. He cuts their fams off with the help of pliers and tries to pawn them off. Although, the owner of the shop named Tory offers him a very low price which would not help him financially.

Later, we see that Bud finally decides to join the Vampire Hunting Union. This decision comes at the cost of losing his daughter if she moves away to Florida with her mother and Bud’s ex-wife Jocelyn just to pay for her high private school fees. Initially, the Union rejects Bud, given that he violates a lot of their laws but later, he is accepted under the supervision of Seth. While they are on a vampire hunting spree, the two start bonding, and Seth completely understands his situation about being with the family. 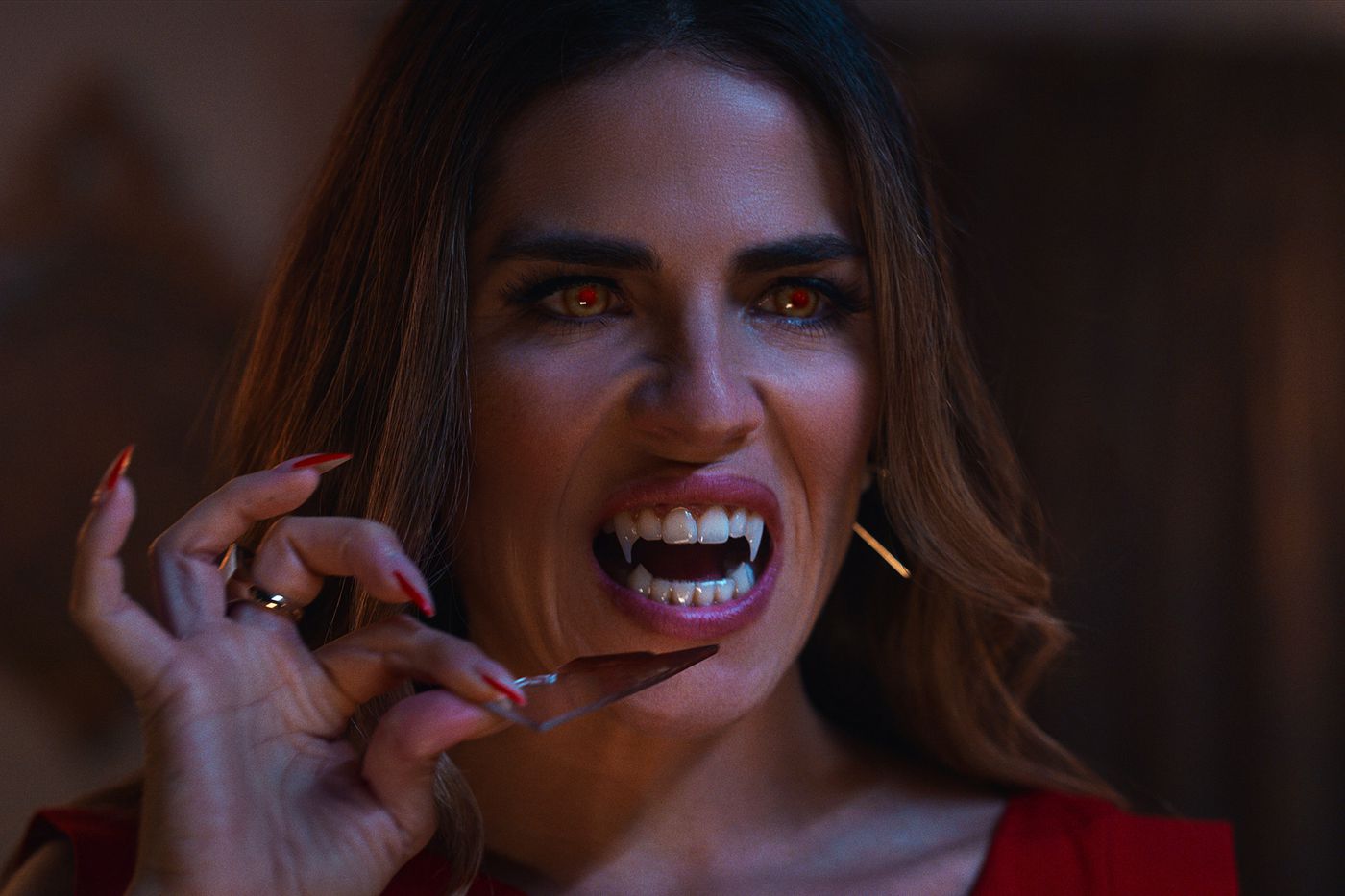 A still from Day Shift of Audrey the Vampire

Day Shift filming locations are many, and here we have wrapped up their information. First, the camera started rolling for the Netflix film in Los Angeles in California, as well as Atlanta in Georgia. To be very specific, filming mostly took place in the San Fernando Valley. Various areas of Duluth were used as well. There was a lot of stunt action during the filming because of the numerous action scenes.

The company which was involved with the same has shared the location on their Instagram accounts tagging San Fernando Valley in the middle. Through the image, we can see the same cars and motorbikes which were used in the film during the shooting process. As for the filming in Atlanta, it took place at locations such as Gwinnett Place Mall in Duluth. This place was also used as Star Court Mall in Stranger Things, where Billy died.

Thus, even when Bud breaks a couple of rules while killing a bunch of vampires, he does not report them. On the other hand, an ancient and strong vampire is at loose. Her name is Audrey, and she was the mother of two vampires that Bud killed at the start. She is angry and kills Yory when he fails to lead her to Bud. Her plan is to make the vampires a force again and build an army so that humans would fear them. She takes Bud’s family hostage, and Seth has now become a vampire himself.

They employ some help from Heather, who is a vampire but does not fit in their society. Big John also offers to help as they fight off Audrey. Bud manages to kill her by using a trick and fooling her. Although Big John dies during an explosion but later reveals that he was hiding in a manhole all along and is safe. Coming back to where the Netflix movie was filmed, here is all the intel you would need for the same.