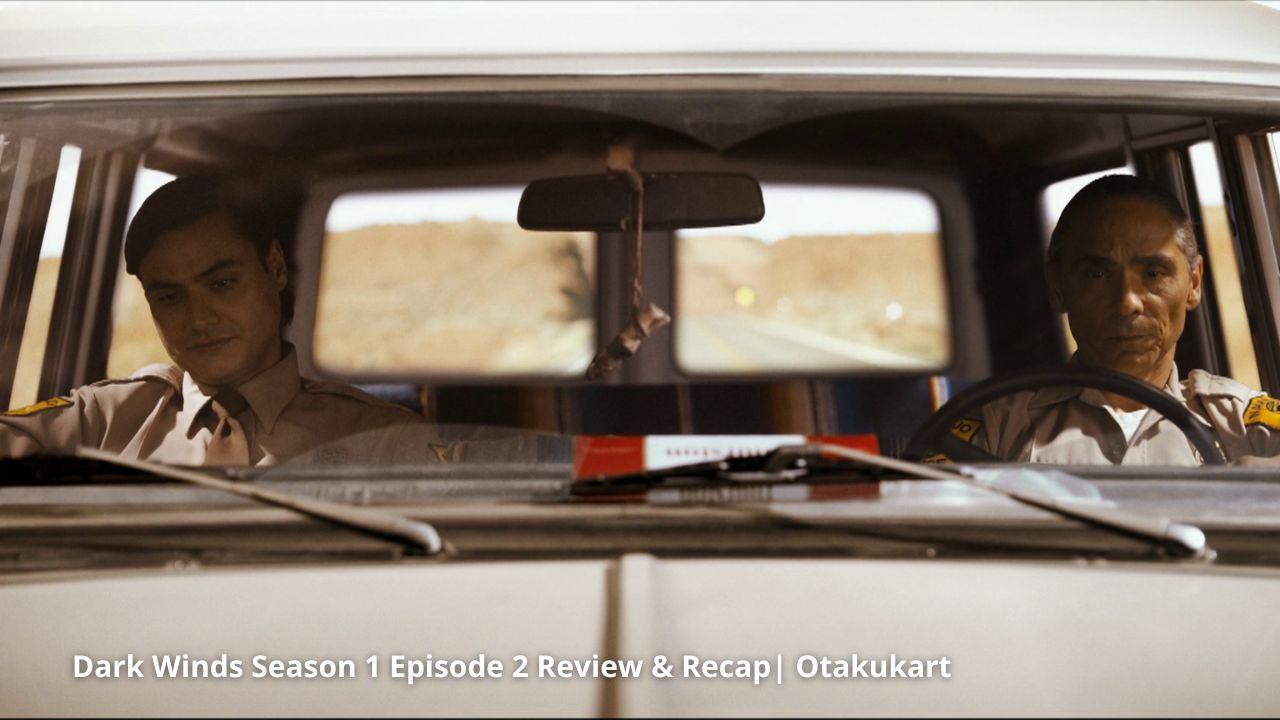 Dark Winds Season 1 Episode 2 continues the story of Leaphorn & Chee with stronger developments. The psychological thriller directed by created by Graham Roland brings more twists in the second episode. Leaphorn & Chee finally get a chance to talk to Margaret who was ready to reveal how she managed to survive the whole event. Meanwhile, Leaphorn continued to face the darker past that haunted him while taking care of this case.

Amidst this, Chee is looking forward to leaving this place once and for all. He is ready to go anywhere but here. Solving this case might be the only way out for him. But still, Leaphorn hasn’t told everything to Chee, and episode 2 over here sees Leaphorn finally opening up. Lastly, Leaphorn has another case on his hands where a car has been abandoned by a family in the middle of nowhere. What’s all this about? Let’s find out.

Dark Winds Season 1 Episode 2 opens up three years back. Leaphorn went to a place called Drumco Oil to drop a lunch box before watching it blown to pieces. Cut to the present, the BJ Vines has taken over the place. Margaret finally starts opening up to Leaphorn and Chee. She disclosed the reason she was able to survive whereas Anna was not able. Margaret had her medicine pouch whereas Anna didn’t. She also reveals that there might have been two men. That same night, Leaphorn planned of burying Anna’s jacket. A shovel he had reminded him of the day he got it. He also remembers how Dillon told his friend not to go on the day of the explosion. 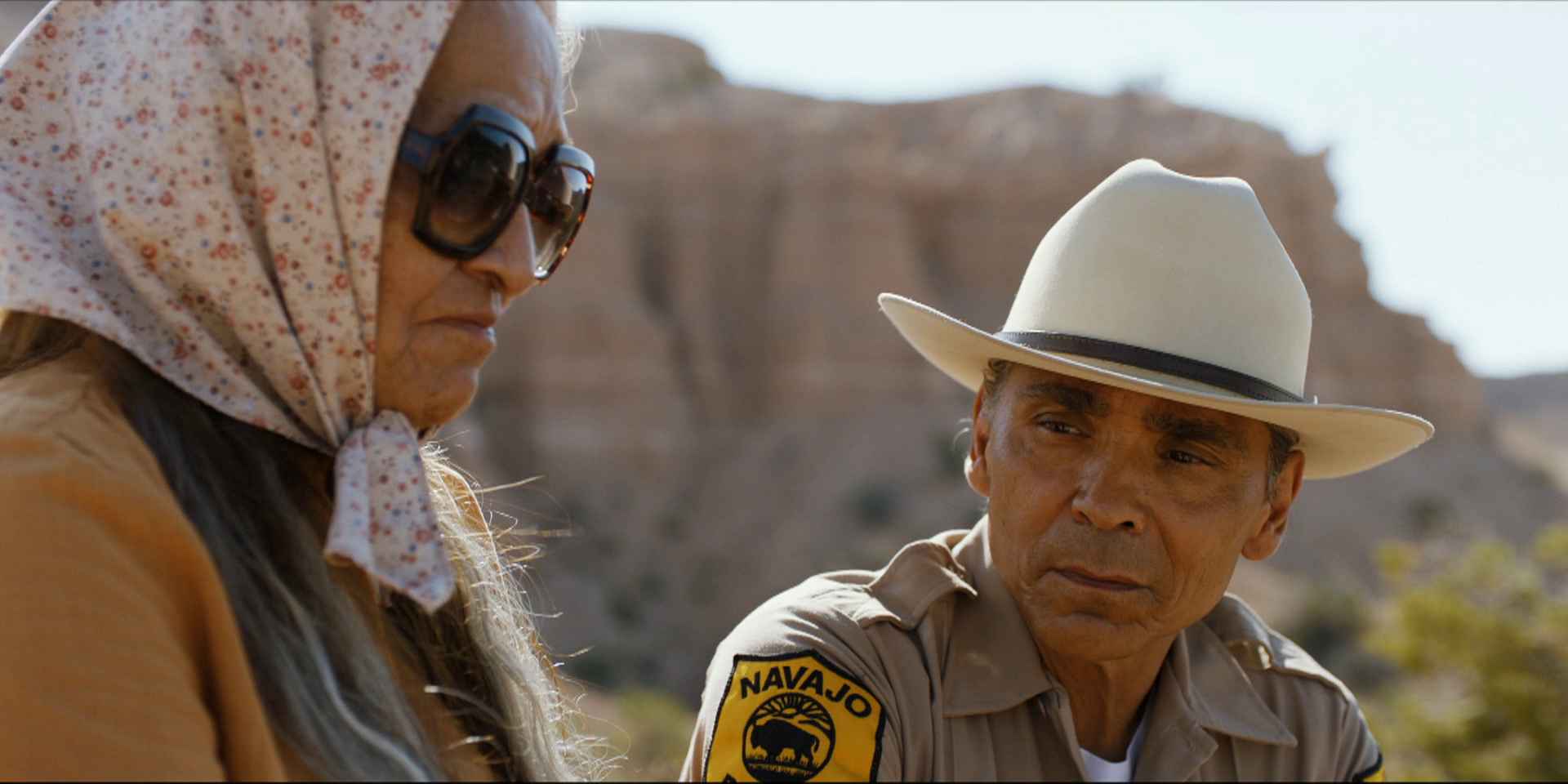 At the end of the day, Leaphorn decided he won’t be burying the jacket. He wants to use Chee as an FBI officer to get the autopsy report of the victims and the water he has tested. Amidst all of this, an unknown man barges into Lester’s shop demanding a painting of cactus which was already sold to a Mormon family. The same man later hunts down the Mormon family. He manages to grab his hands on the painting but what he does with the family remains under wraps. Manuelito later comes across the same car but this time empty and abandoned.

Meanwhile, Chee got the water tested. The autopsy report in turn reveals that Anna died of cardiac arrested. Talking about the hair, she might have been scared to death. As this goes on, Leaphorn visits Manuelito and the car she found abandoned. Even he felt something was fishy and asked her to head back to the station while he checked the tire marks. 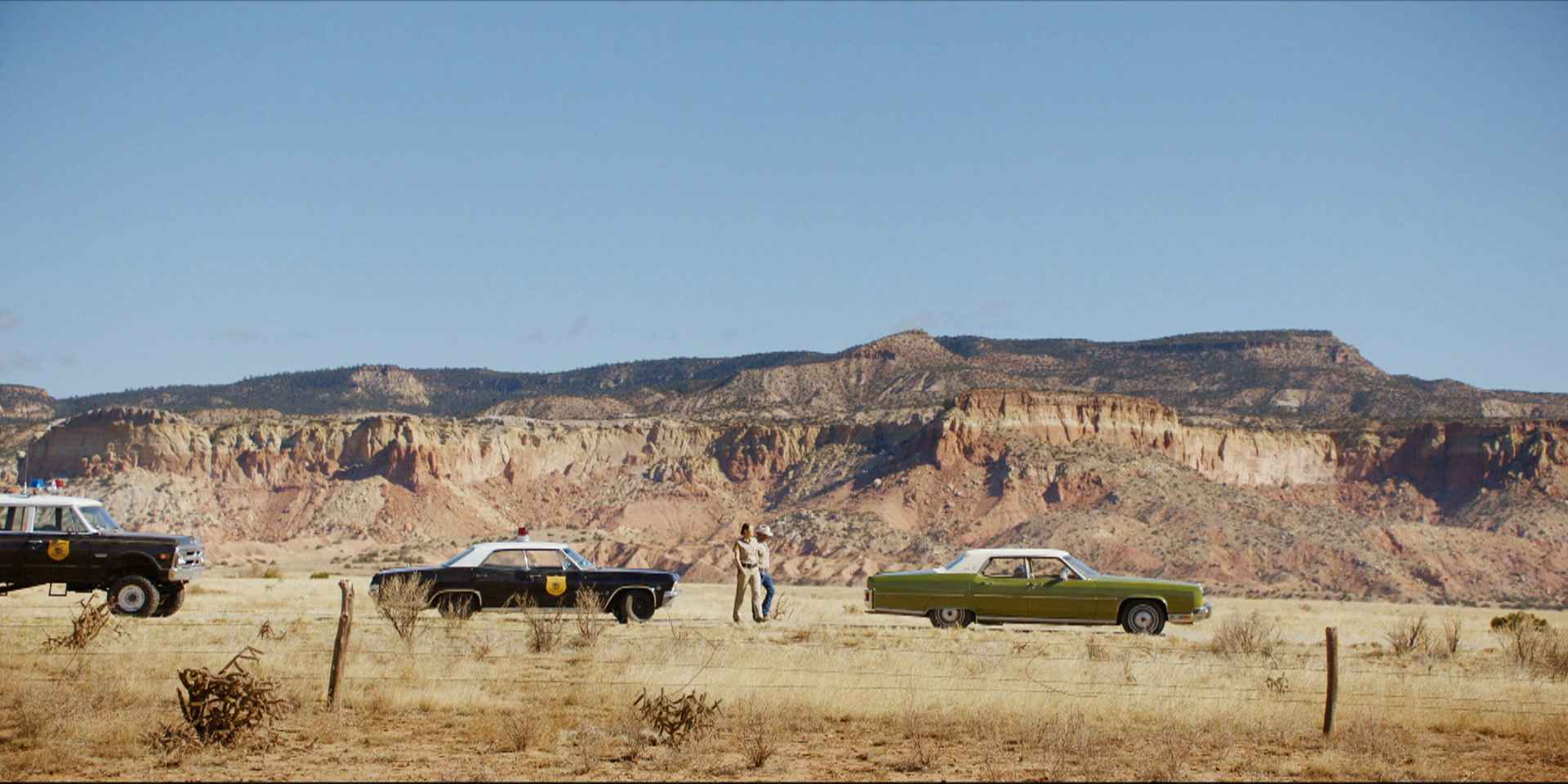 The episode comes to a close with Leaphorn coming clean to Chee about his son being Anna’s boyfriend. While Jim shared the autopsy reports, Joe revealed that he might know where the helicopter is. The closing moments of the episode also saw the man who wanted that painting meeting with Ben as they checked the money. Ben also asked him to stick to the plan. Apart from all of this, a pregnant Sally finds home in Emma and Leaphorn’s house.

A slow and steady go for Dark Winds Season 1 Episode 2 as well but at the same time, it comes with a number of developments. The show also continues to dive into a number of flashbacks to tell the story further. It carries characters and their storylines in such a way that its a something huge for them to carry upon their shoulders. They don’t seem much motivated enough but need something to move ahead. Apart from that, we have to give a huge thumbs up to cinematography as the show delivers beautiful glimpses of Navajo. 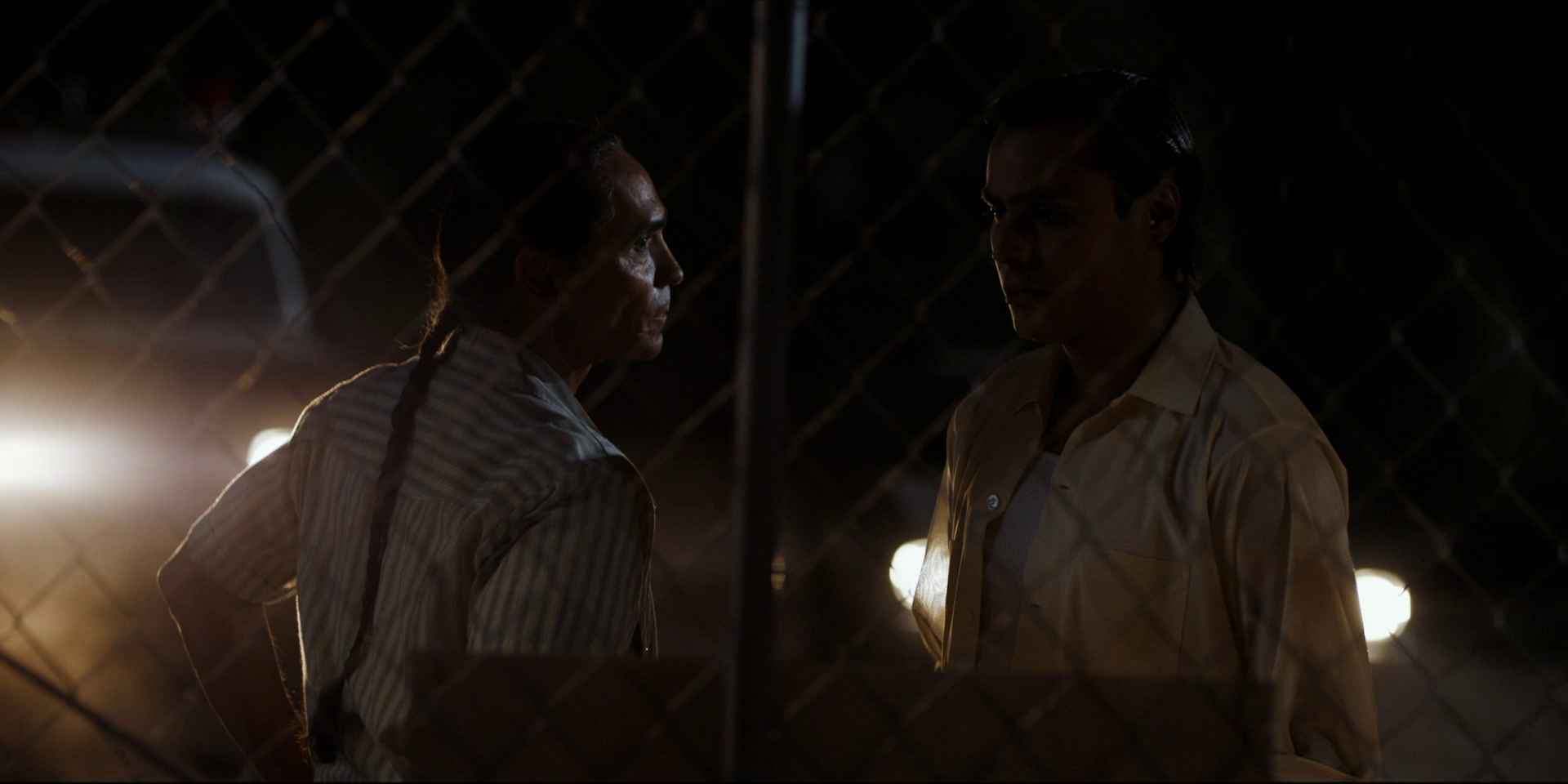 Majorly Leaphorn’s character spends time dwindling on the past as he tries to get over the death of his son and Anna. With that, we also get a supernatural element that seems to carry itself around all the time. It plays with the beliefs of the people while an Officer like Chee denies it. Lastly, as we said the show doesn’t stop with its developments and always has answers for the past event. We wonder what new twist it will bring with Ben and the man who stole the painting.

Also Read: Dead To Me Season 3: When Is It Coming Out? Everything We Know!