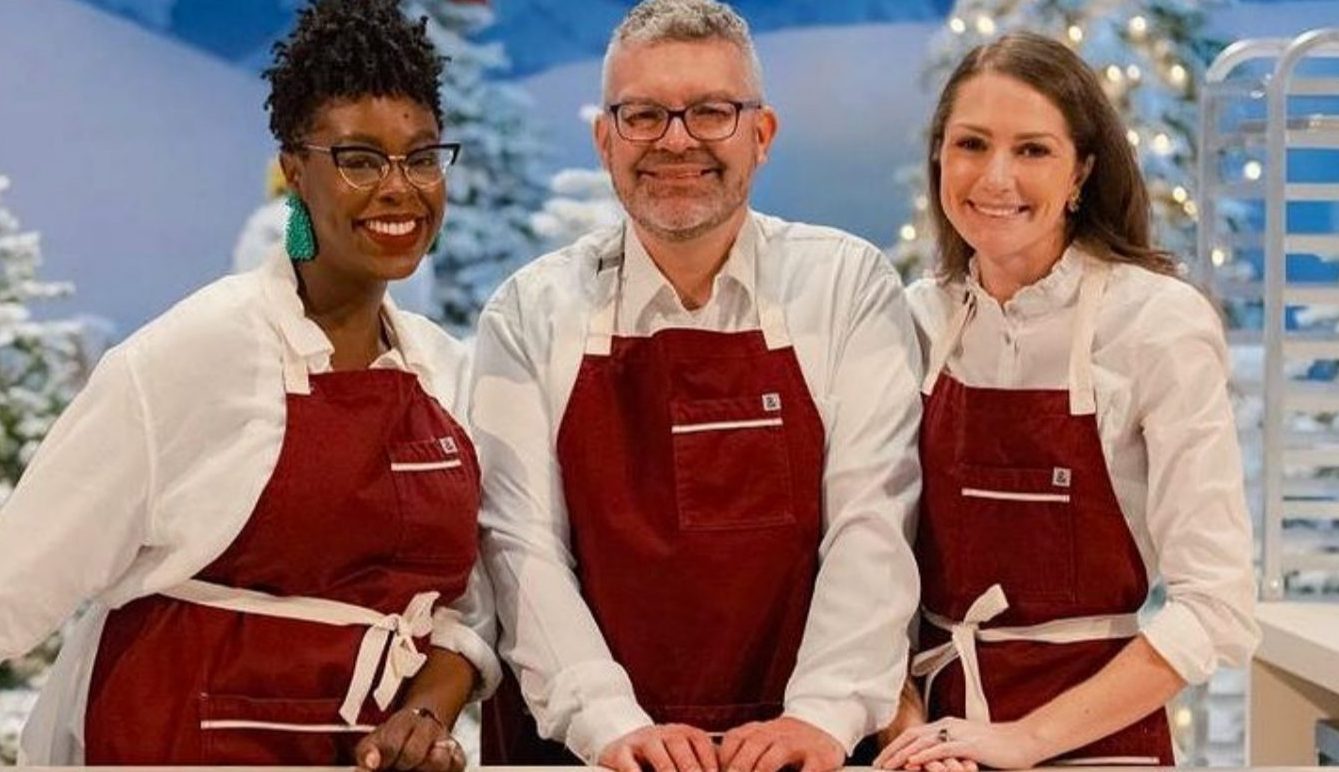 One of three teams of confectionary artists will create the most incredible holiday display, demonstrating who jumps in to save the day when Santa’s Elves are sick on Christmas Eve. The first round of competition is the Snowball Fight Challenge, when each team has 45 minutes to come up with edible holiday designs using cake and sugar.

In the Winter Blizzard round, where teams must create an impressive, larger-than-life Christmas display, the winning team gains a crucial advantage. After this round, one team will return home with a $10,000 big prize.

Three teams will compete against one another in a variety of holiday-themed challenges in each episode, moving them one closer to the ultimate prize. The rewards are a Holiday War championship trophy and an all-expenses-paid vacation to Iceland to view the Northern Lights. The successful teams will return to the show following the three qualifying rounds to determine who wins the prize.

A still from Holiday Wars Season 4.

The teams will be asked to build a derby car for Santa’s elves to race in the first episode, dubbed Elf’s Downhill Derby. Host Jeff Mauro will challenge the teams to make a cake inspired by Santa hanging out with his best friends in the upcoming episode.

The first episode was titled “Elf’s Downhill Derby.” We saw that three teams must build a derby vehicle appropriate for an elf to stay in the running. The second episode was titled “Hanging with Old St. Nick.” Three new teams created cakes depicting Santa’s time with his best friend.

Thanksgiving Turkey Trot was the title of the third episode. We saw that the host, Jeff Mauro, invited three new teams to compete in the final qualification round down on the farm, where each team’s turkey enlisted a farm pal to ride and compete in the inaugural Turkey Trot! 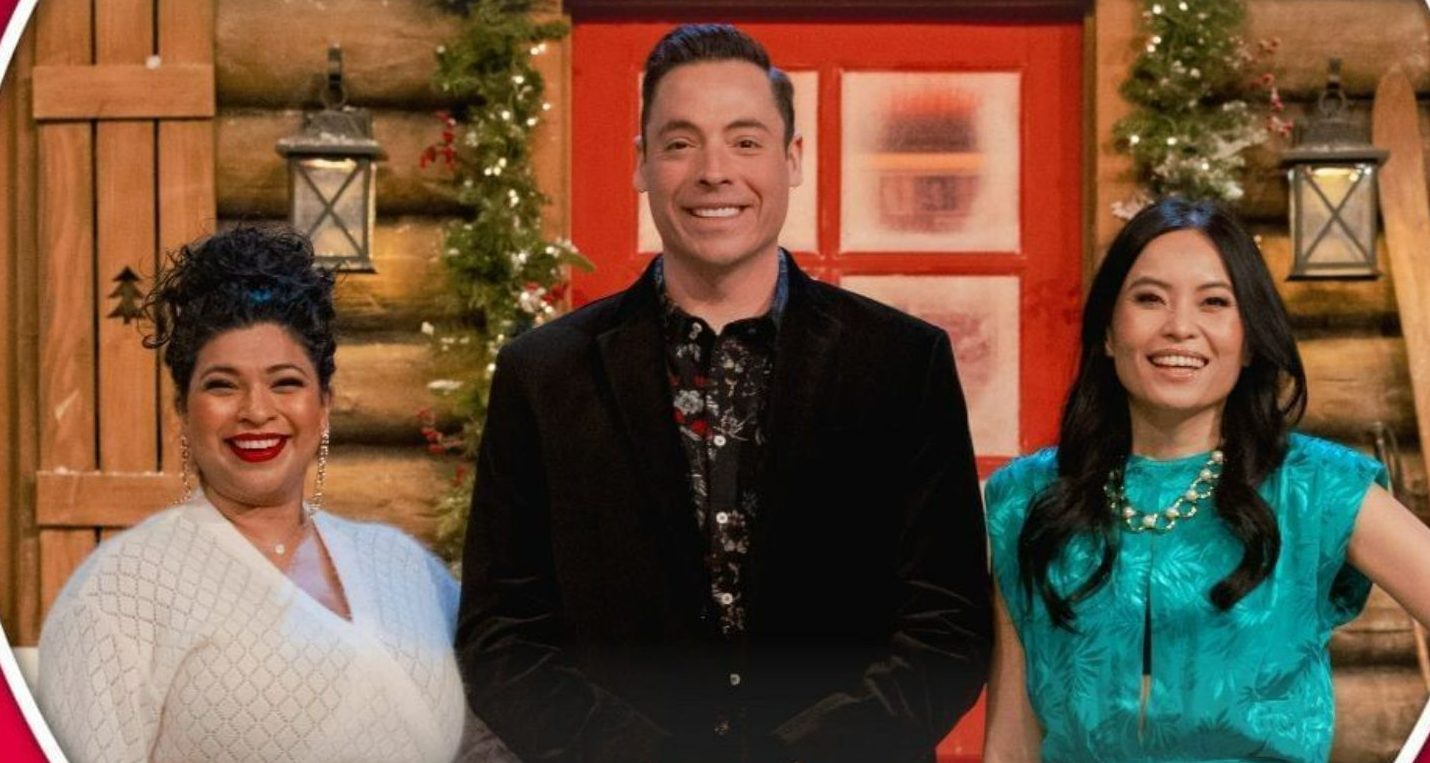 The hosts of Holiday Wars Season 4.

The title of the fourth episode was “Reindeer’s New Hobby.” We saw that The six teams of skilled cake and sugar artisans left compete against each other for the first time now that the qualifying rounds are over! Host Jeff Mauro asks the teams to create a new pastime for Santa’s reindeer to engage in when they’re not busy dragging the sleigh.

What To Expect From Holiday Wars Season 4 Episode 5?

Holiday Wars Season 4 Episode 5 was titled Ugly Sweater Party. We will see that Host Jeff Mauro tasks the remaining five groups of cake & sugar artisans to design a woodland monster hosting an ugly sweater event for all of their forest-dwelling buddies.

When Is The Holiday Wars Season 4 Episode 5 Release Date? 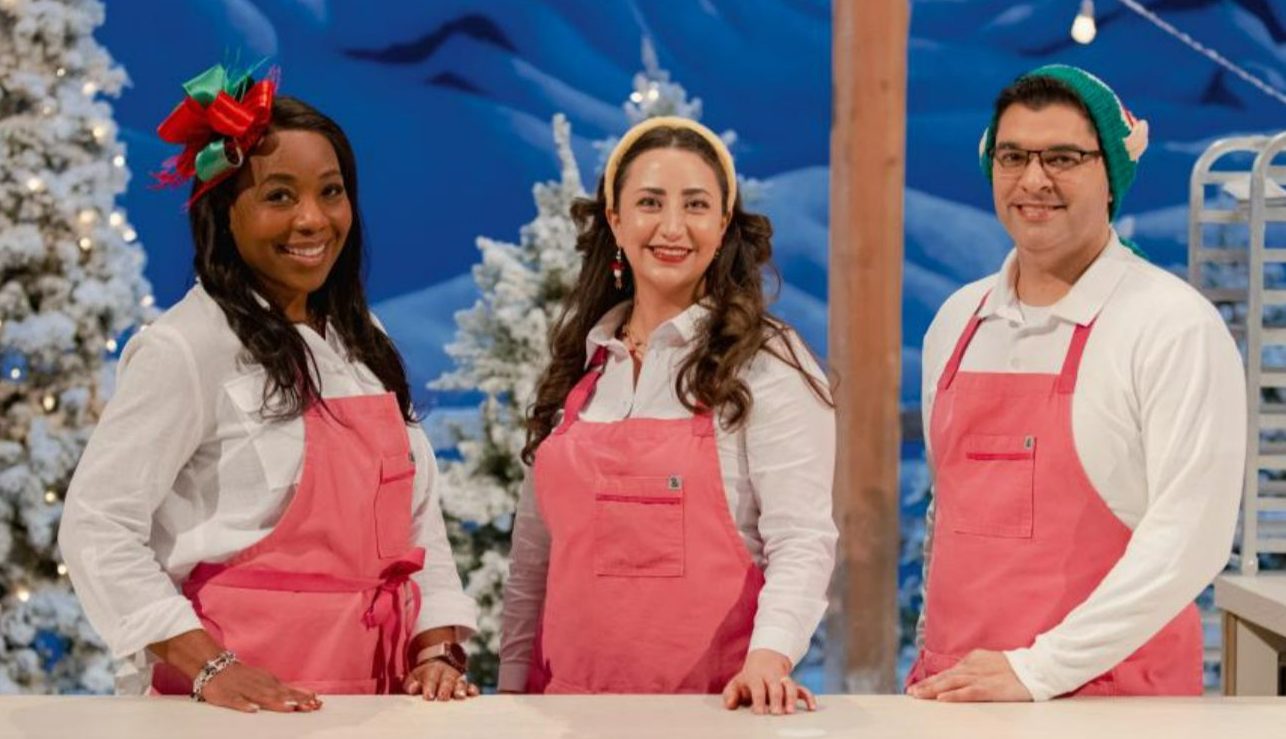 The teams from Holiday Wars Season 4.

Holiday Wars Season 4 Episode 5 will stream on Tubi Tv, Roku premium channel, and Pluto Tv at the times and dates mentioned above. International fans must cross-check the time with their respective regions’ to watch the episode when it goes live in their respective nation.

All About The Teams Of Holiday Wars Season 4

The team Baking Spirits Bright, Group Best in Snow, and Team Fab-Yule—were invited by the program to participate in Holiday Wars. We will see Team Jingle Bakers. Team Red Velvet Vixens, Team Silent Knights, and Team Rebels Without a Claus. The show will also feature Team Yule-Igans and Team Sleigh to Win.

Who Hosts The Holiday Wars Season 4?

Jeff Mauro, who topped Food Network Star season 7 & hosted the Emmy-nominated series Sandwich King, is the host of the Food Network program. Early on, he recognized his talent for performance, but he never turned back once he tasted food.

Before studying in Le Cordon Bleu to advance his talents, he tried for a few years in Hollywood to combine his love of humor and food. Before entering the world of broadcast culinary arts, Mauro first worked as a private commercial chef and sandwich artist.

Aarti Sequiera, the creator of Kora Communities and a celebrated pastry chef, has previously been seen on several cooking programs. She just finished serving as a judge on the forthcoming Christmas-themed episode of Halloween Wars. Sequiera, who served as a judge on the Halloween-themed show, will be working with her as a co-judge. The pair will be back for the upcoming concert and will bring winter cheer with them.