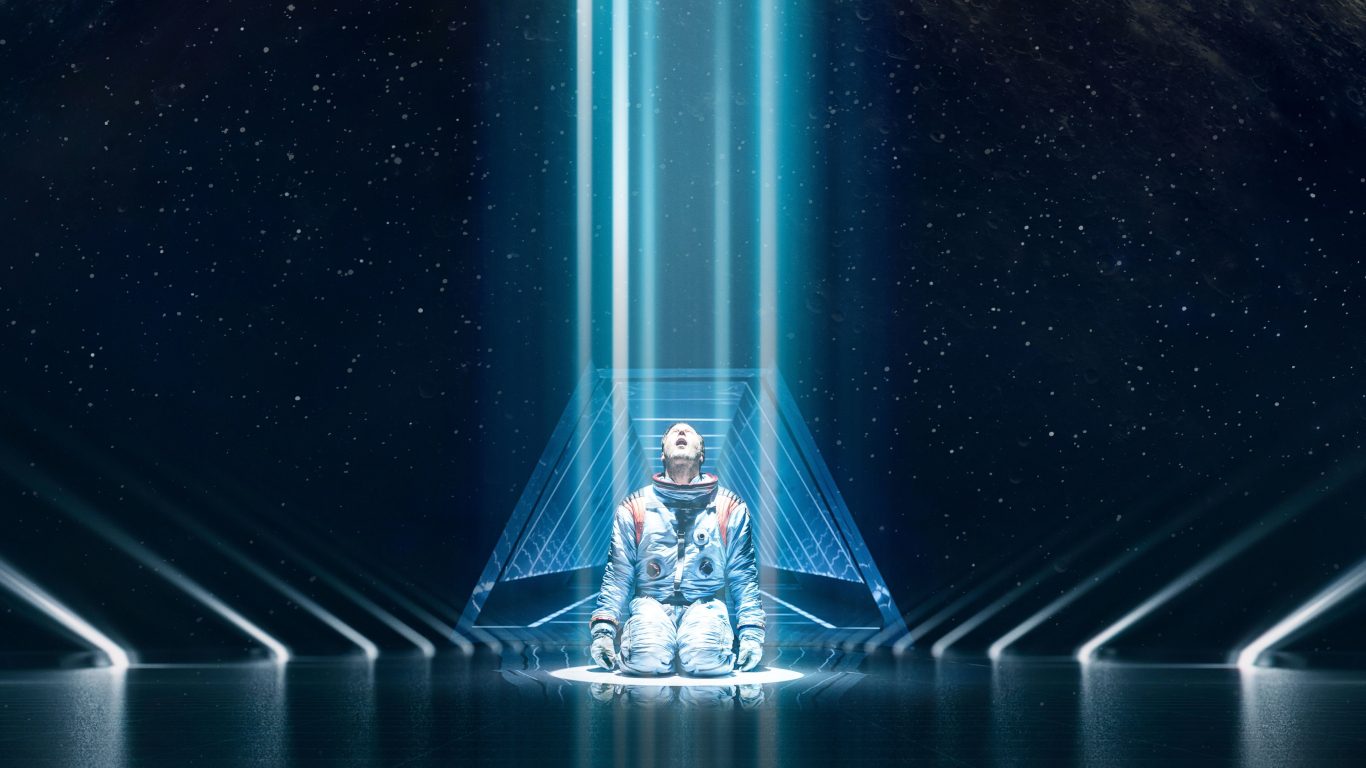 Roland Emmerich, the mastermind behind Independence Day, The Day After Tomorrow, and Godzilla, has yet another story to tell about how a disaster befalls the Earth, and this time it involves the Moon. Moonfall (2022) is a sci-fi disaster movie by director Roland Emmerich, who has developed a penchant for creating disaster movies on a global scale. It first got released in theaters worldwide back in February 2022, and it is now available to stream from Lionsgate Play.

Moonfall boasts a star-studded cast that includes X-Men star Halle Berry and The Conjuring fame Patrick Wilson. The other famous names involved in this movie include John Bradley, Kelly Yu, Charlie Plummer, Donald Sutherland, and Michael Peña. The movie first started production back in May 2019 with an estimated budget of $138-$146 million, making it one of the most expensive indie films ever made.

Despite having an enormous budget, Moonfall failed to achieve success at the box office as it has been dubbed one of the biggest box office bombs of all time. The general reaction of the public and critics to the movie was mixed at best. But that did not stop anyone from wondering about how the movie ended and all the implications it followed. Moonfall’s ending has definitely left a lot of viewers scratching their heads, thinking about what will happen next to the characters and the world they live in. 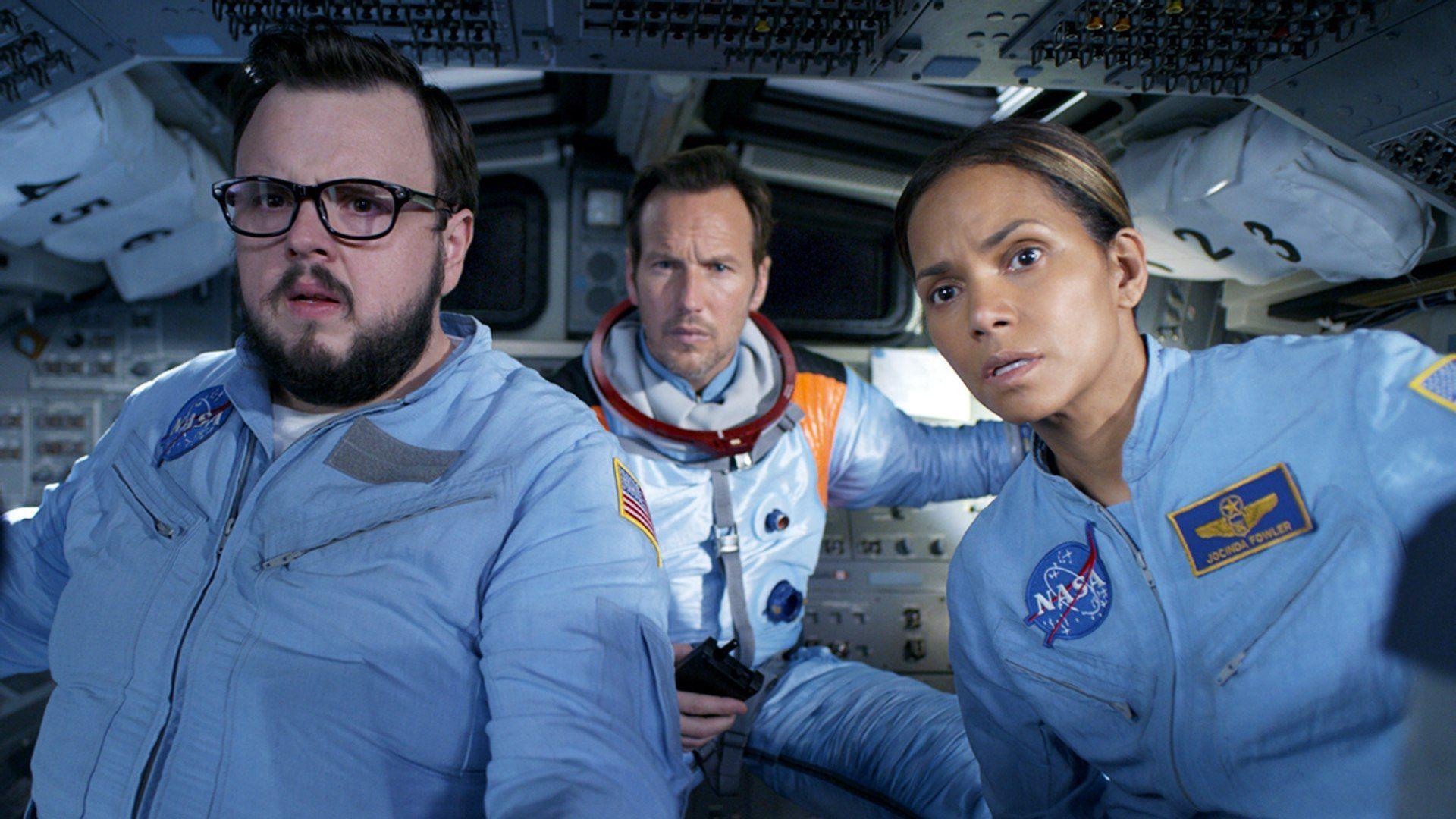 As the name suggests, the plot basically revolves around how the Moon deviates from its natural orbit and threatens to fall on Earth.

We follow the lives of astronauts Jocinda “Jo” Fowler (Halle Berry), Brian Harper (Patrick Wilson), and conspiracy theorist K.C. Houseman (John Bradley), when it is found out that some unknown phenomenon has deviated the Moon from its orbital path, causing it to hurtle towards the Earth. As Fowler goes on a suicide mission to find out the cause behind the crisis, Harper and Houseman join her, and together they unravel the mysteries behind the Moonfall and confirm their suspicions that the Moon is not as it seems.

As the heroic crew investigating the crisis reaches the Moon, they manage to find a tunnel dug into the Moon’s surface that leads them to the inside of the Moon. There we, alongside the characters, discover that the Moon is not just a natural satellite to the Earth as humanity had believed, but a mechanical mega-structure powered by a white dwarf at its center. After the spacecraft craft crash due to the involvement of evil AI nanobots, the crew gets broken off into two groups. While Fowler and Bradley investigate the mega-structure, Harper is stranded from the rest. Harper encounters the AI of the mega-structure from which we discover the true story of the Moon.

Billions of years ago, the ancestors of humans were vastly technologically advanced compared to the current humanity. But a rogue Artificial Intelligence, one of their own inventions, turned on them and made its personal mission to eradicate all life on the planet. The Moon was meant to be a doomsday salvation mechanism for preserving life on Earth. But the rogue AI has found out the secret behind the Moon and was parasitizing the Moon’s energy which caused the Moon to veer off its course.

As Harper states his true reasons for saving the Earth, the mega-structure’s AI transfers all of its knowledge into Harper’s brain. And in order to preserve that knowledge, Houseman sacrifices in Harper’s stead to destroy the evil AI nanobots. His noble sacrifice succeeded in its goal, and the Moon got back its powers, returning it to its natural orbit.

Fowler and Harper safely get back to the surface of Earth and are reunited with their family. Now that Harper has the unbelievably vast knowledge imprinted in him by the Moon’s AI, he can lead humanity into an advanced age reminiscent of humanity’s alien ancestors. At the end of the movie, humanity’s perception of the Moon has been permanently changed, including its visual perception. We discover that the Moon has a ring of debris around it, changing its appearance for good and also possibly changing the Moon’s effect on Earth.

Chances for a Sequel

A sequel to the movie is, in all sense, possible. The director Roland Emmerich has prior experience in creating sci-fi disaster movie franchises. Also, the Moonfall ending scene leaves the door open for a future sequel.

At the very end of the movie, when we are zoomed into the inside of the Moon, we discover that K.C. Houseman, who sacrificed for the sake of destroying the evil AI nanobots, has survived, at least in some sense. We see that Houseman’s consciousness has been uploaded into the Moon, and it’s now a part of the Moon. And just before the credits start scrolling, the Moon’s AI, in the form of his mother, tells Houseman, “We should get started”. This single dialogue accounts for countless possibilities and essentially leaves room for a future sequel.