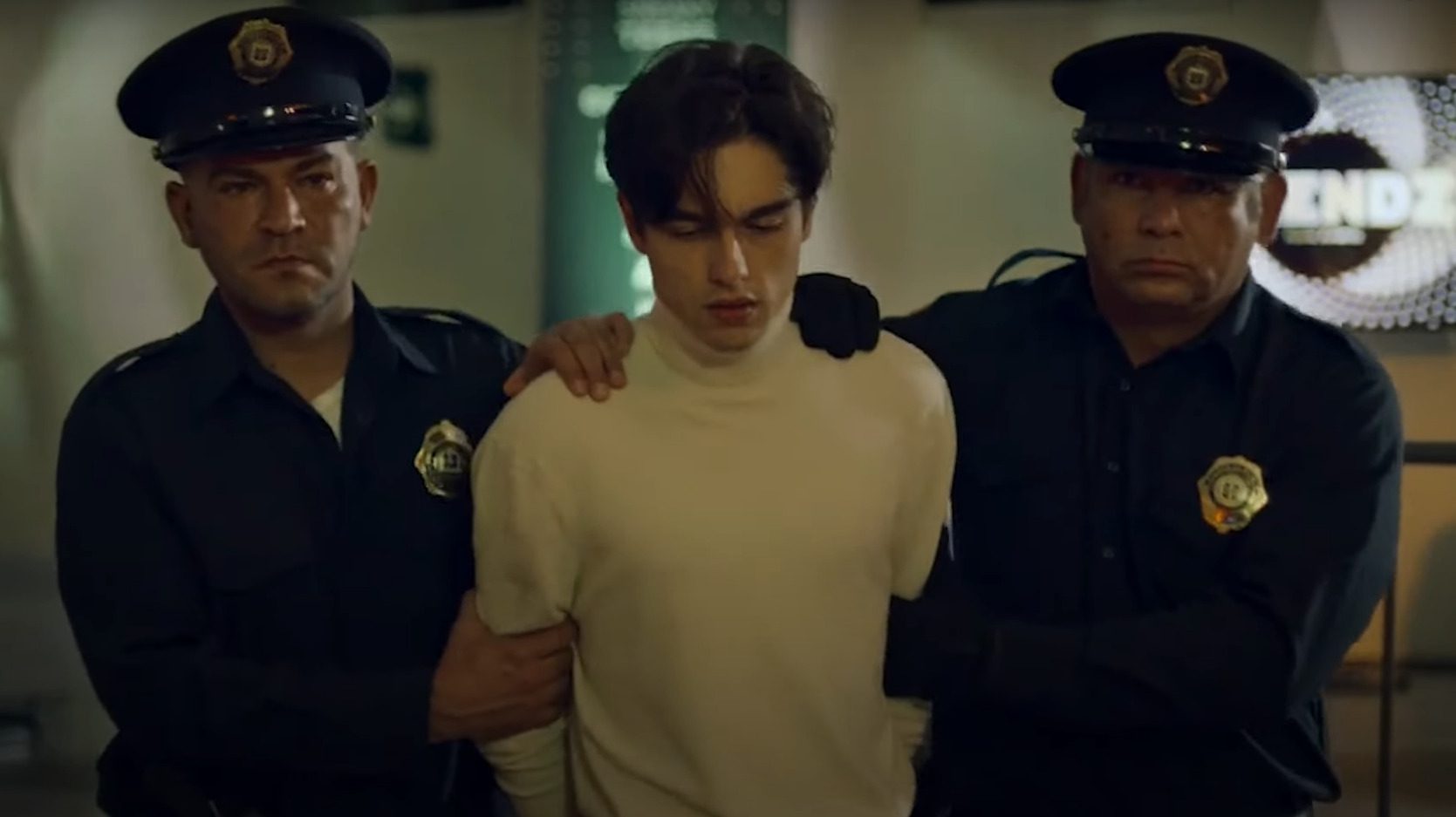 The Netflix version of Rebelde, a 2004 Mexican drama series, returned for a second season six months after the first season premiered. The Mexican drama itself is a remake of Rebelde Way, an Argentine telenovela. The lives of the Elite Way School (EWS) students are followed in the second season of the Mexican Spanish-language teen drama “Rebelde” on Netflix. This is after the 2021 Battle of the Bands.

Season 2 of the show was released on July 27, 2022, with Santiago Limón directing and Talia Rothenberg, Ilse Apellaniz, José Miguel Nez, and Pericles Sanchez writing the scripts. Sergio Mayer Mori, Andrea Chaparro, Azul Guaita, Franco Masini, Lizeth Selene, Jerónimo Cantillo, and Alejandro Puente are among the actors who appear in it. In its second season, Rebelde adopted a darker tone by introducing narcotics and exploring the complexities of the music industry. It had an Elite meets Euphoria feels to it.

Gus Bauman, a well-known music producer, is appointed as the esteemed MEP program at EWS’s new director. The Battle of the Bands is discontinued by Bauman, who replaces it with a new solo artist contest. The members of Without Name experience a shift in their life after Bauman arrives at the school. The changes they experience and their attempts to deal with them move the second season along. We have tried to explain the season’s ending events to our readers because they are unclear.

Gus Bauman takes leadership of the MEP program at EWS at the start of “Rebelde” season 2. He ends The Battle of the Bands contest and starts a new solo artist music competition. Additionally, he says he will introduce the winner at the upcoming Trend-Z awards and promises to produce an EP of the winner for his own record company. As they begin to concentrate on their individual attempts to win the competition, the players of Without Name try to prevent their band from dissolving but are unable to do so. Bauman also gives the students a number of new assignments. Dixon Lázarez continuously asks the same questions and is ultimately dismissed from the class. 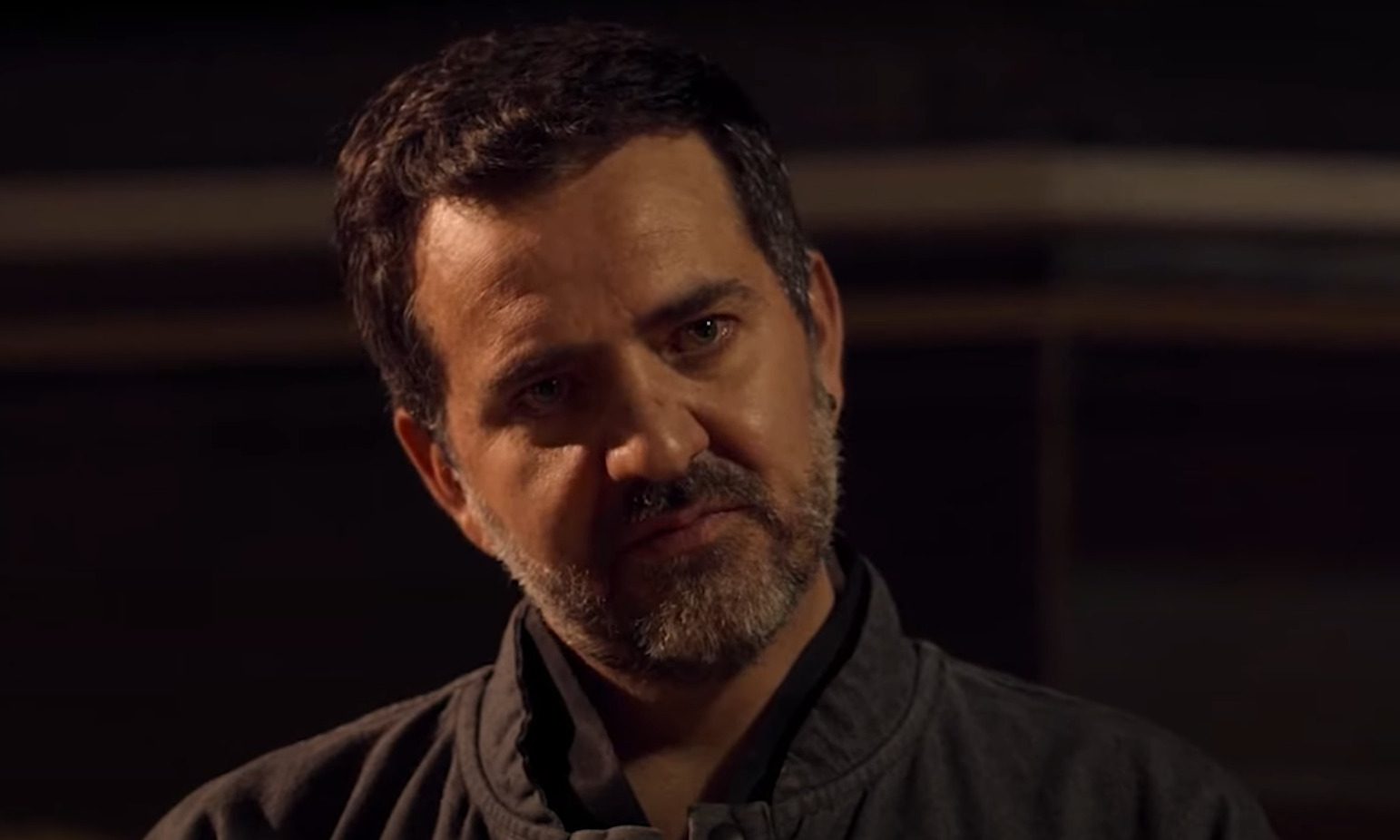 Okane, a new student, becomes more intimate with Luka Colucci. Additionally, he makes a secret agreement with Bauman and begins to increase the accessibility of drugs on school grounds. Andrea Agosti, often known as Andi, begins using drugs and develops a drug addiction as a coping mechanism after her split with Emlia Alo. After Celina Ferrer overdoses and is fired, Bauman takes over as principal of the school. Since Esteban Torres, a.k.a. Esteban Colucci, takes Bauman’s advice to win the music competition, the two get into a fight with his closest friend Dixon. Sebastián Langarica, often known as Sebas, makes every effort to win the tournament in order to escape being transferred to a business school.

Sebas dates MJ, also known as Mara José Sevilla, without being aware of their complicated relationship with Dixon. Despite her concerns about being pregnant with his child, he breaks up with her after he learns that MJ and Dixon had kissed. Jana Ganda Cohen encourages her to take a morning-after pill. Dixon and Jana are involved in a car accident. Dixon meets Bauman after being released from the hospital and wants an opportunity to sing at the music competition’s grand finals. Dixon agrees to leave the school if he doesn’t win the contest in exchange for the opportunity. 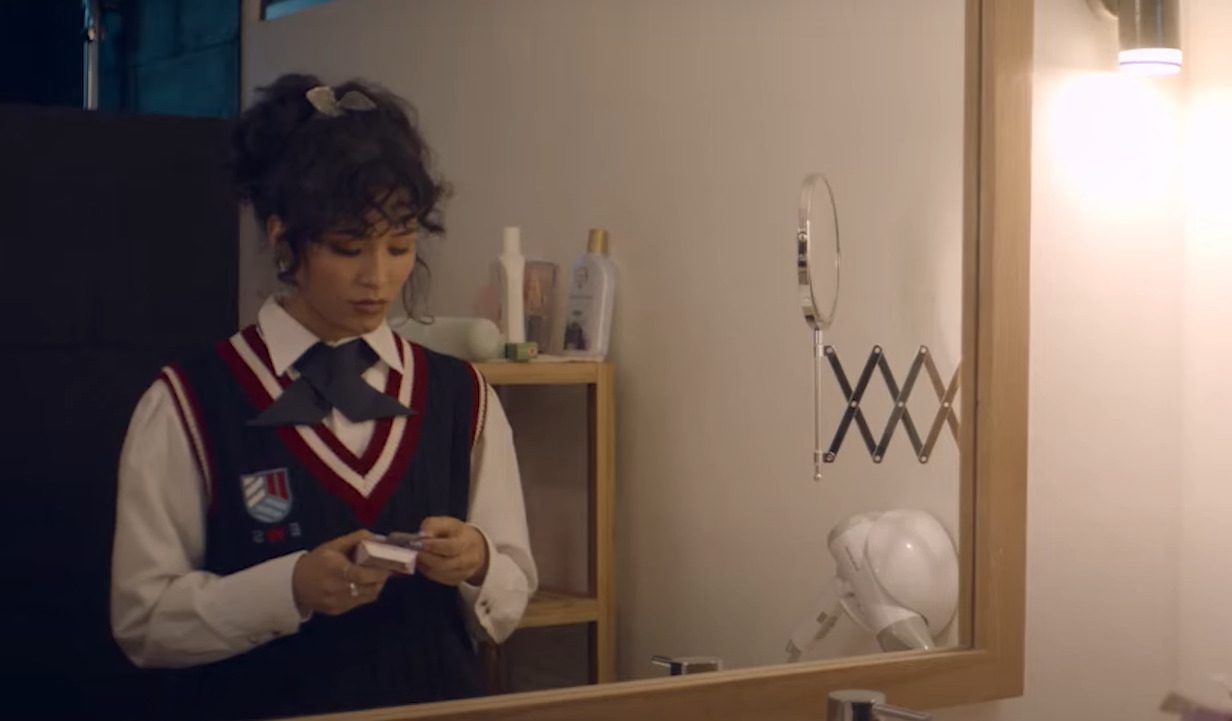 When Freddy became addicted to drugs and committed suicide, Luka and Okane learned that Bauman was to blame. While the music competition’s grand finale is taking place, Luka faces Bauman and demands that he stay at EWS while his father, Marcelo Colucci, arranges for his admission to a Texas military academy. Although Bauman doesn’t want to oppose the powerful Marcelo, he is afraid that Luka will reveal that he was involved in Freddy’s death. He pushes Luka off the cafeteria roof to prevent that from happening. Luka is brought into a medical facility for serious care.

Esteban represents EWS at the Trend-Z awards after winning the music competition. The MEP program students at EWS do their best to improve their particular skills when Gus Bauman offers to start a solo artist’s career. As they pursue individual success, their friendship and bands become a thing of the past. Additionally, each student has a motivation for winning. A deal with Bauman’s GB Records will enable Estebán to gain independence and financial security. Both Sebas and Dixon require the contract in order to make a statement against Bauman’s dictatorship and avoid wasting their talents in business school. 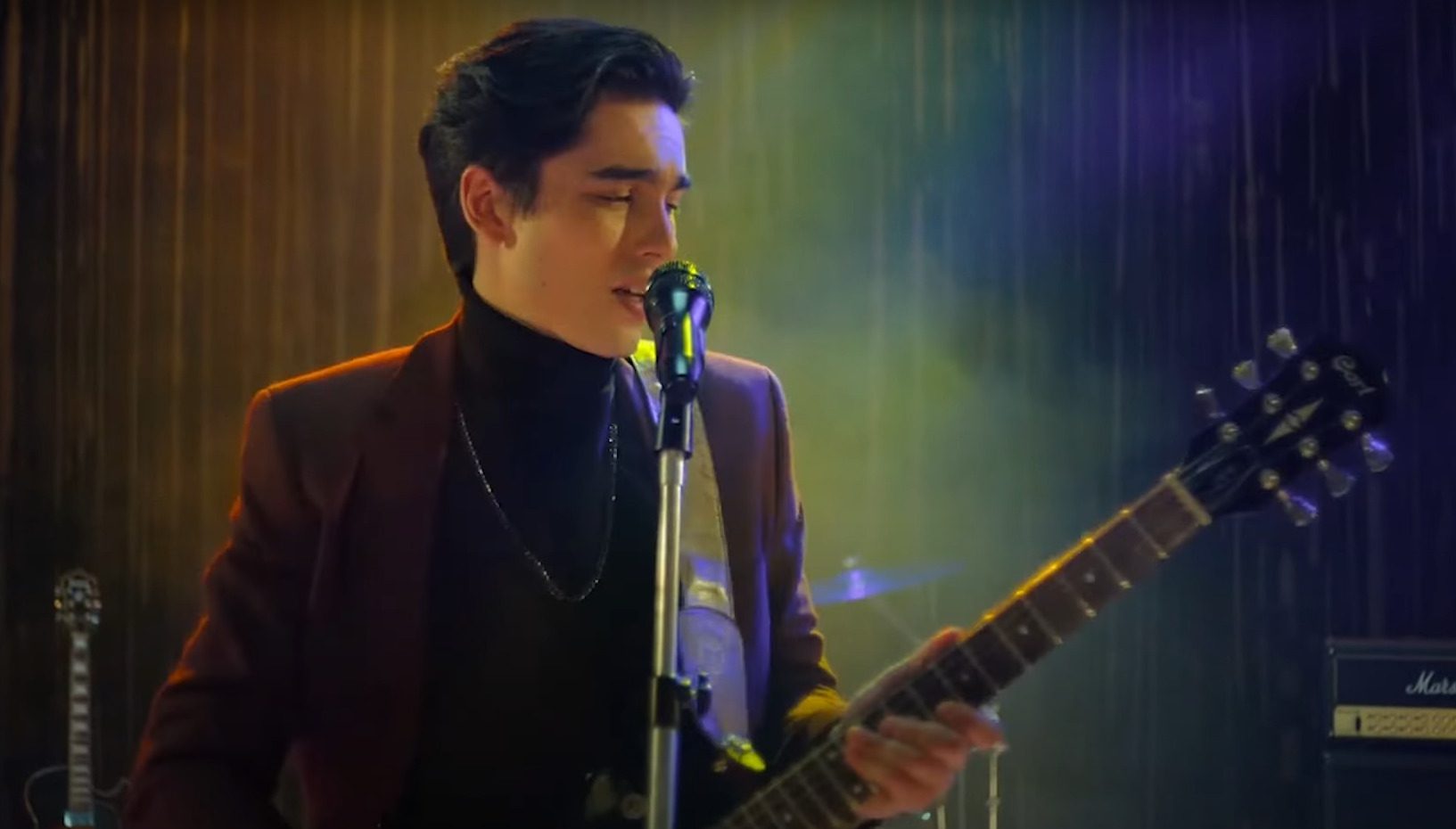 However, Bauman’s preferences are taken into consideration rather than the contestant’s talent when choosing the competition’s winner. Dixon outperforms all other contestants, but Bauman decides to ignore him since Dixon uses his music to fight back against him. For Bauman, giving Dixon his own company’s contract would be a defeat, and he doesn’t want to purposefully embarrass himself in front of his students. Additionally, Dixon’s failure provides Bauman with a chance to guarantee the transfer of one of his primary concerns.

Sebas is aware that Bauman is not respected by his own mother as a result of the information that he was the Lodge’s leader. Bauman might have agreed with her request since he was aware that the future president of Mexico preferred that her son attend business school rather than pursue a career in music. Only Estebán, a Colucci, is left. Bauman’s best option is to launch Marcelo’s son, especially in light of the benefits Estebán’s father can provide. Because Estebán sings well, he also won’t have to worry about introducing the student at the Trend-Z Awards.

How Does Estebán Gets Released And Okane Get Arrested?

Esteban decides not to perform at the Trend-Z Awards and confesses that Bauman is a killer on stage after realizing that Bauman is nothing more than a murderer who murdered Freddy and nearly killed one of his friends, Luka. Additionally, he tries to protect Okane from Bauman but mistakenly kills Bauman in the process. When the police show up, Esteban is taken into custody. By the time the seniors’ graduation ceremony takes place, however, Estebán is a free man. He is shown interacting with Jana while he is with his friends. In addition, when the police show up at the school, Okane is taken into custody for killing Bauman. 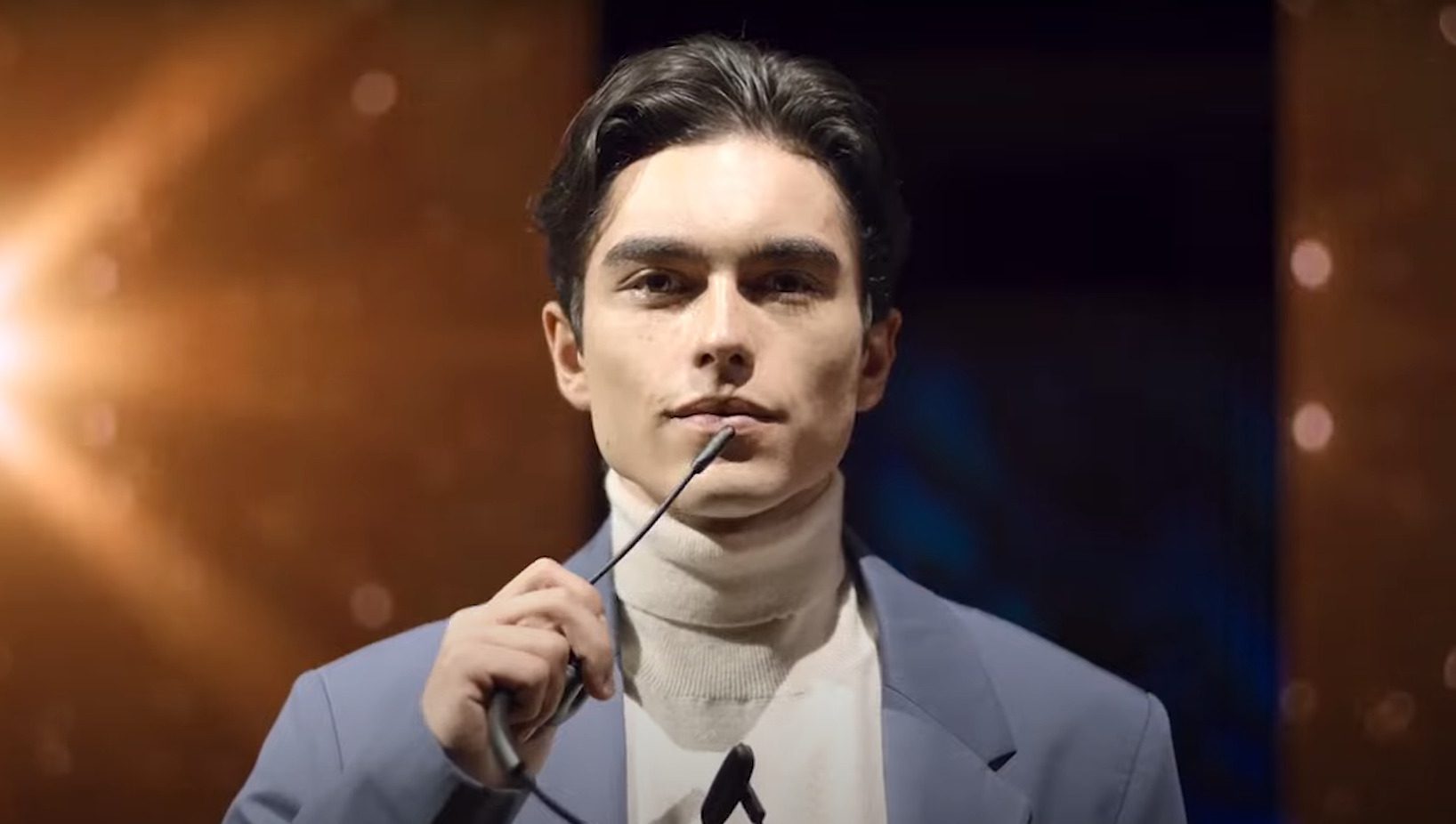 It was Marcelo’s decision to have Okane arrested, and Estebán released from police custody. Although Luka’s life and the misfortunes that strike him make Marcelo realize that Luka would never be able to continue his road of life as a Colucci, this makes Marcelo choose Estebán over his “legitimate son” even though he has never acknowledged Estebán as his son. When Luka loses all hope, Marcelo understands that he needs someone determined enough to carry on the Colucci family name, leading him to identify Estebán as his son. He makes Estebán free and “gains” him as a son by using his power.

The price Marcelo pays for Estebán’s freedom is Okane’s detention. He can’t expect Estebán to drop the matter quietly because Bauman is a well-known figure in the music business and his death occurs under suspicious circumstances. When Estebán is revealed to the public as a Colucci, it’s possible that he orchestrated Okane’s arrest as a diversion to prevent further scrutiny of his release from police custody.

Okane is an orphan, so Marcelo won’t have to worry about somebody in a position of power standing up for him. Marcelo might use his connections to negotiate Okane’s release from police custody. Marcelo might be successful in fabricating a story that Okane accidentally killed Bauman while acting in self-defense because there may be video evidence of Bauman attacking Okane.

Yes, Okane and Luka eventually get together. After a rocky beginning, Luka and Okane are able to establish a sweet relationship. Okane even dreams about traveling to New York with Luka when Marcelo chooses to send the latter to a military academy in Texas so that they won’t be apart. When Luka learns that Okane has given Andi drugs in exchange for Bauman being the principal of the school, their relationship is jeopardized. He thinks Okane had used him in a secret arrangement with Bauman. He falls from the cafeteria roof shortly after, struggling for his life in the hospital, and Bauman is to blame. 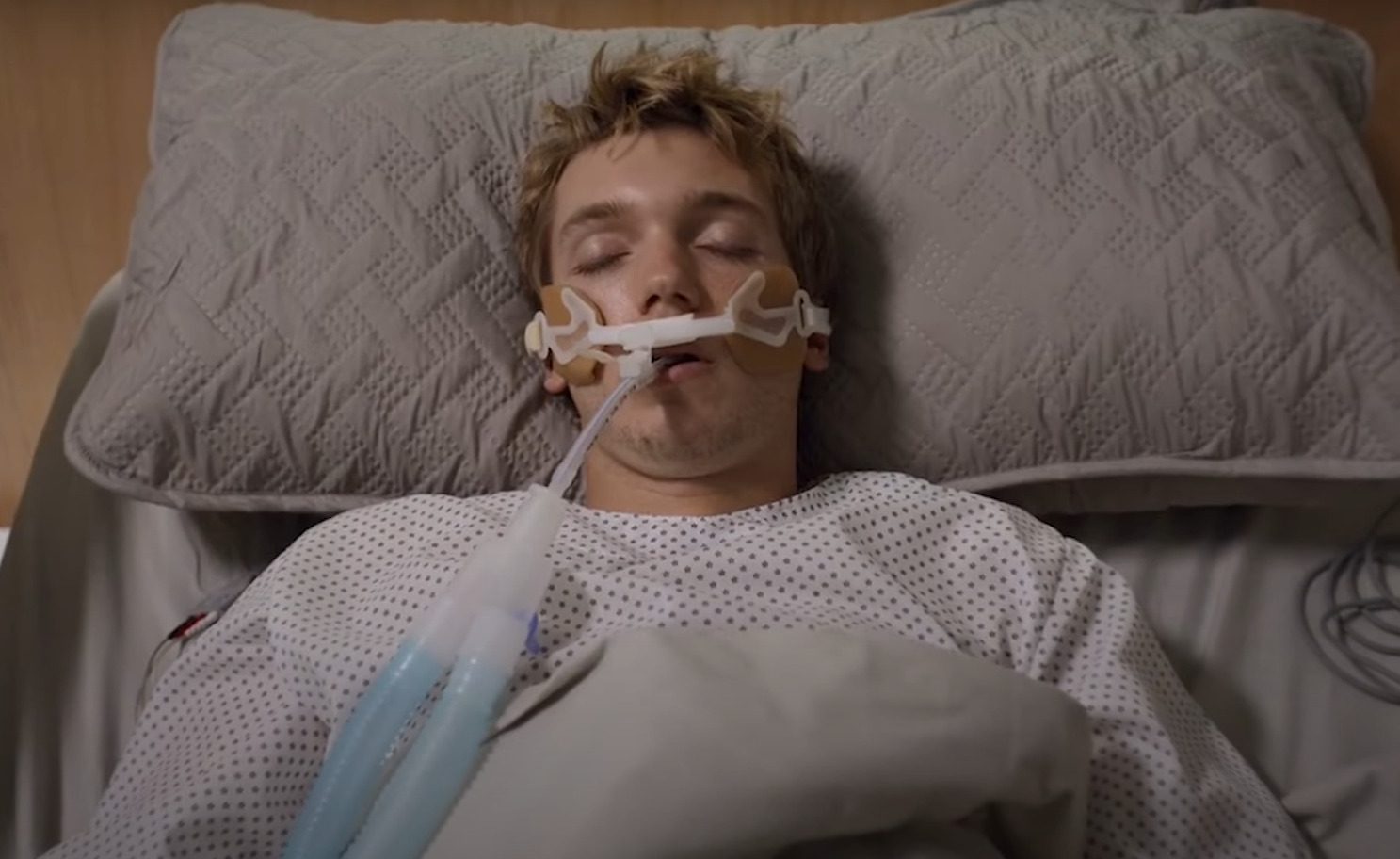 Still, Luka rekindles his relationship with Okane after he recovers. He must have learned of Okane’s attempts to bring down Bauman, particularly his cooperation with Luka’s associates. By helping Andi and her group in revealing the truth about Bauman, Okane has done enough to earn Luka’s forgiveness, and the two end up together. Additionally, Luka must have learned that Okane had spent days and nights at the hospital when he was battling death, which may have motivated him to give Okane another chance to be with him.