Shazam! Fury of the Gods trailer teases a fun yet dramatic superhero adventure with tons of fantastic moments and interesting questions for the DC Extended Universe. Shazam!, which was released in 2019 and starred Zachary Levi and Asher Angel as the kid-turned-superhero, pleased fans. Given that several of the actors are kid actors who are actually aging in the real world, Warner Bros. made the right decision to immediately book a sequel.

In Shazam!: Fury of the Gods, which takes place a few years later, Billy Batson is seen as the captain of a seasoned squad of DCEU heroes. The first movie’s post-credits scene sets up Mister Mind, a rather strange villain, although it seems he’s been dumped because of the time jump. Shazam and his team are facing off against the gods themselves this time around. As representatives of the Greek mythology, which was originally thought to have been destroyed by Ares in the DCEU, Helen Mirren and Lucy Liu are entering the DCEU.

At San Diego Comic-Con, Warner Bros. unveiled the first trailer for Shazam! 2, which teased a fun superhero adventure that keeps with the family-oriented theme. It tends to focus on setup, trying to explain the film’s core concept but deciding to leave a bunch of questions unanswered.

Here is the Shazam Fury Of The Gods Trailer Breakdown:

The fact that Shazam is a young teenager undoubtedly sets him apart from the majority of other superheroes. He doesn’t look like Zachary Levi all of the time, but instead like Asher Angel as Shazam’s teen alter ego, Billy Batson. Anyone’s mind will be messed up by being that young, having superpowers, and having the power to change into a totally different body, let alone having the additional duty of being a protector of the neighborhood or possibly the entire world. 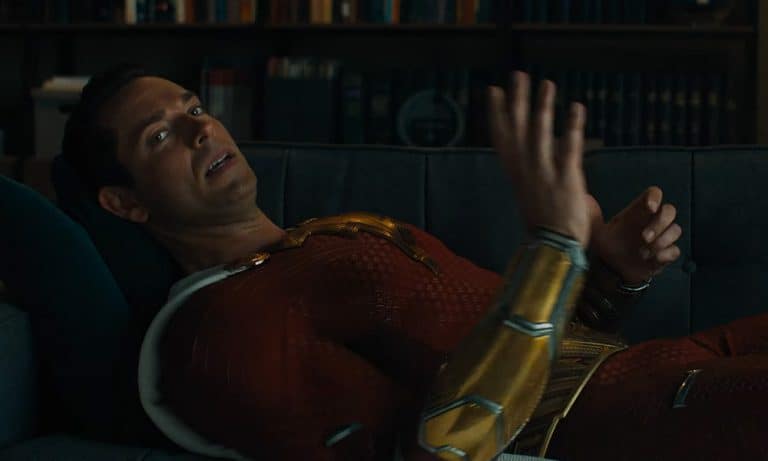 It makes sense that a superhero from Generation Z would seek out therapy to manage their mental health as our culture becomes more accepting of the practice. Even though he handles the situation poorly by visiting a conventional pediatrician, which is clearly done for jokes only, at least he is aware that he needs to put up the effort to improve himself. And after all the pain we saw Billy suffer in the first movie, he really needs to consult a qualified specialist.

Being a superhero as a teenager is refreshing since they are not particularly good at it. After the events of the first movie, Shazam and the Shazam Family have been learning about being superheroes for a while, although they are all still quite young. They haven’t even worked out how to behave properly in society as humans, much less become full-fledged, respectable gods. It’s not as entertaining to see superheroes who can use all of their powers right away and never make a mistake. If you want your success to stay, you would have to fail first.

A Part Of Snyder Verse?

Scenes from the 2017 “Justice League” movie, directed by Zack Snyder (and Joss Whedon), are shown in the trailer, and it features Jason Momoa as Aquaman, Ben Affleck as Batman, and even Ezra Miller as The Flash. Currently, there is a great deal of controversy surrounding the entire Snyder element of the DCEU from pretty much every angle, and WB has done a very good job of separating the DC franchise from those films. James Wan has taken Aquaman on his own strange, wild path, and “The Batman” and “Joker” don’t really have to do with that world. 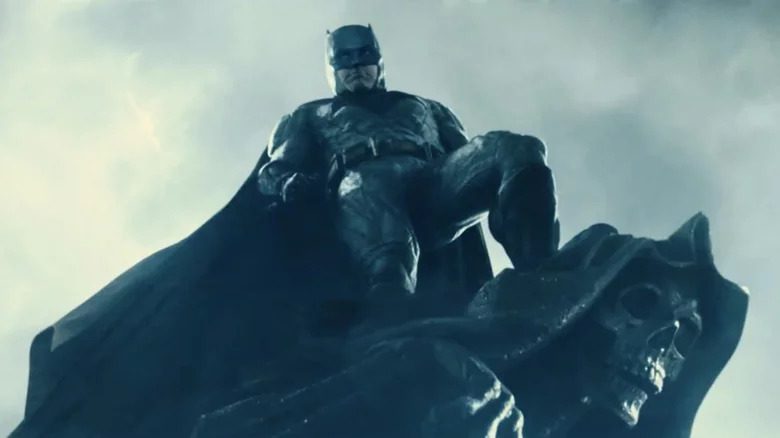 So, including all of the scenes in the trailer is … a choice. It will most certainly add more fuel to the fire of the Snyder haters online, who will keep tweeting different hashtags endlessly. People like myself who prefer to ignore the existence of those movies are disappointed by it. Perhaps instead of just recycling footage from an old movie, these characters could actually show up in the movie, making their scenes in the trailer justified. But at the moment, we don’t think this will make any sense.

Letters On the Wall

In that pediatrician’s office, if you look above the Annabelle doll, you’ll notice a cute alphabet-learning wallpaper for kids. O stands for owl. Y stands for yak. Anyway, there are three distinct DC superheroes referenced among all the fun spelling lessons. We already know about one of them: The letter S here stands for Starro, the enormous starfish-shaped monster who caused havoc at the end of James Gunn’s “The Suicide Squad.” However, there are also another two up there. 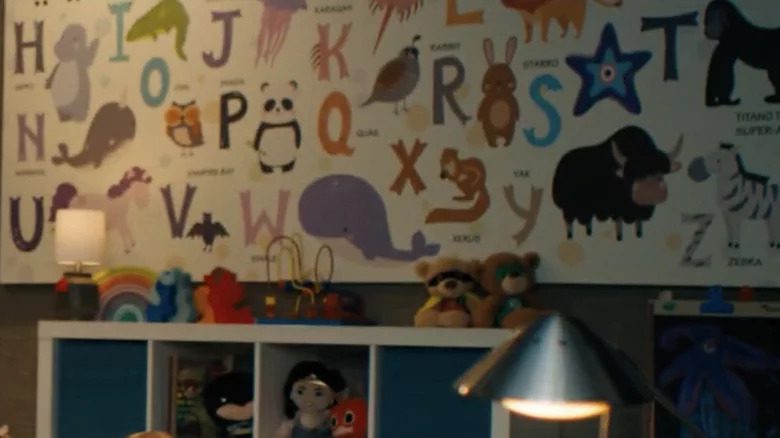 Shazam Fury Of The Gods Trailer Breakdown – Letters On the Wall

The figure that stands in for the letter T is Titano the Super-Ape, who we have not yet met. Titano, for those who don’t know, is a Superman villain. What’s more, he’s a giant ape with Kryptonite powers. He was a large chimp robot in the 2011 New 52 relaunch comic. Titano hasn’t yet been in a movie, of course, but if he does, I wonder how they’ll handle it. My prediction is that a classic monster movie will fit beside Starro and Karaqan.

For this one, we must turn to Greek mythology. In contrast to Hespera and Kalypso, Athena had previously appeared in DC Comics. She is more closely related to Wonder Woman than Shazam, though. The creation of the Amazons by the five gods, including Athena, one of Zeus’ daughters, is a significant event in the DC world. 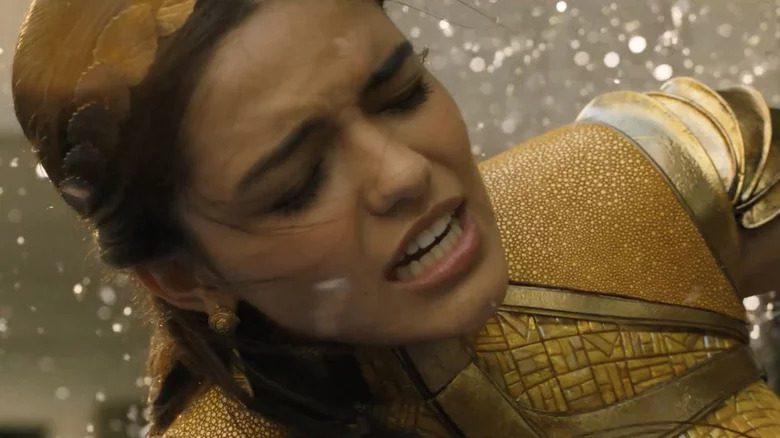 Many of the famous heroes in Greek mythology turn to Athena for advice or guidance. She is also Athens’ protector, a title she legitimately obtained from Poseidon by establishing an olive tree (myths are weird). Athena is a very strong being and an Olympian. It will be fascinating to see how much of this character’s incarnation is influenced by the comic book and traditional Greek versions.

I expect the possible explanation she is used so minimally in the trailer is that they’ve been trying to hide just what she is going to be doing in the movie. She will likely have a dual loyalty between the humans and the Greek mythological characters, but she will ultimately support humanity.

Billy Batson shared his powers with his foster brothers during the third act of Shazam, which introduced the whole Shazam family. Shazam! 2 follows up some years after the events of the first film, although it appears that the Shazam kids are still hiding their superpowers from their foster parents. Shazam 2’s teaser hints that family will continue to be the focus of the series; the first movie was about Billy discovering his place in a family, and the sequel appears to be about keeping that family together. 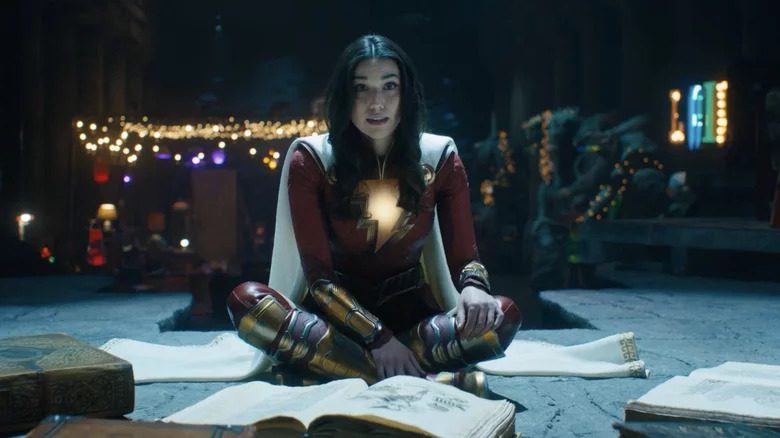 She played Michelle Borth in the first movie, although enough time has passed between the two movies that there is essentially no physical difference between the two performers. Grace Fulton will portray the role both in and out of the suit, which means there won’t be a separation between Mary’s two sides, which I find interesting. She was an incredibly charming actress in the first movie, in my opinion, who really contributed to grounding the narrative in a relatable emotional space. I hope she has a lot of screen time in the film because she has several highlight moments in the trailer.

They Also Got Some Dragons

At this point, it just seems like a major omission to leave out a dragon if you’re going to have all of these magic and fantasy elements. We watch Lucy Liu’s Kalypso completely destroying a stadium before something enormous emerges, giving the impression that this dragon is a resident of the Earth. This might just be a random dragon, or maybe we should go back to Greek mythology for this one. 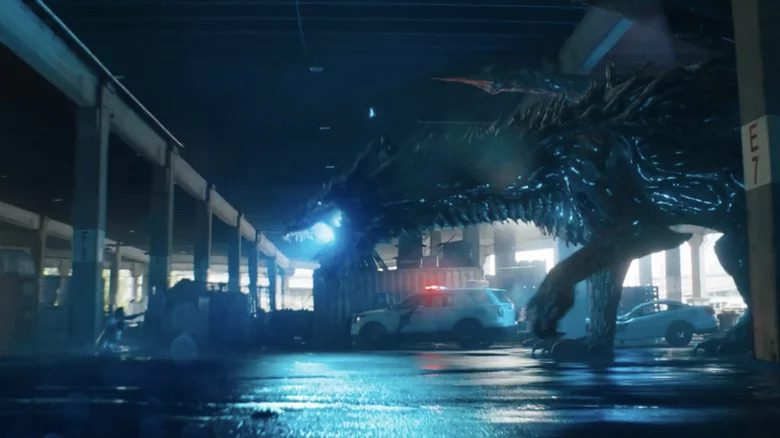 Hespera and the other nymphs cared after the garden, including Hera’s tree of golden apples. They might tend to it, but they are not its only guardians. The dragon Ladon was designated by Hera as the ultimate guardian of the golden apples in an effort to prevent Heracles from completing his eleventh task.

Firstly, the dragon we see in the teaser only has one head, which is why I’m speculating that it might not be Ladon. Ladon usually has a good number, and in one story, even 100. Even though they could have altered the visual effects to trick us, I doubt they would have painted out the dragon’s heads. I’m also unsure of exactly where they could go on its neck.

I only bring up Ladon because it is impossible to ignore its relevance to Hespera. It would be amazing if this big-budget superhero movie decided to become really nerdy about Greek mythology, even though the dragon is probably simply some manifestation of black magic. After all, nerds are the intended audience for these movies, right?