People who have loved watching the anime show Naruto, are aware that the series has established itself in the form of an exciting new evolution of its own theme. The fictional world of ninjas in which we saw Naruto reside, is majorly what made the show so popular. The show even employed a variety of ninjutsu moves. They were all performed by a large cast of compelling characters. This is what made Naruto feel so special among thousands of anime plots present out there. It comes out as no surprise that even after Naruto aired its last episode back in 2014, it is still influencing a lot of movies as well as games and spinoff TV shows. If you are the kind of person who has just finished watching Naruto and would like to have a taste of something from the same vessel, then we have got you covered. Here we have wrapped up some of the most similar anime shows to Naruto.

In Naruto, we have seen how our lead protagonist was wishing to do well for the people living in his village despite the fact that they don’t like him. In Cells At Work, we have Erythrocyte wanting to do the same for the body where she is currently living. All she wants to do inside the body is lend her hand in delivering oxygen as well as other nutrients across the entire area. But the issues in her path comes when she is continuously stopped by the pathogens as well as the other viral antagonists. To her luck, a companion is present by her side in Cells At Work, that is, Neutrophil, a white blood cell. His character description includes being very violent while he is tackling all those pathogens and the harmful cells. Although, the character is quite gentle when he is with other red blood cells.

In this anime show, the plot introduces us to a boy with a special ability. He has mastered the art of controlling mechas. At the start of this show, we witness how Reston Thurston, the main character, is whining about his boring lifestyle. Just like we already know, when someone talks about how bored they are, Eureka, a well-known pilot, crashes her mecha in the room where Reston resides. This is the point in time where the adventure starts for our characters. Here we witness a young boy who joins his forces with a group of rebels. They all are trying to save their planet. Just like we have seen in Naruto, in Eureka Seven, Reston becomes more sure of himself as well as his abilities through the run of the entire show.

What resembles more to Naruto than one of its direct sequels? This anime show has featured the son of Naruto, that is Boruto, and throws light on his own set of adventures in the world. We also get to see how the is helped by other students studying at Hidden Leaf Village Ninja Academy. When the show begins, we are provided with a headstart as to how an older form of Boruto looks like. Then the plot gets into the flashback of how come this boy learned all his skills and how he made the friends he has while he was studying at the academy.

In Naruto, we see how the main character is enthusiastic about putting his entire village at the top before anything else. Just like that, in Dr. Stone, we stumble across Taiju, a kid studying in high school, who is always ready to put humanity before depetrification. The lead protagonist will surely need some help from his mates who have also lost his stony facade. This has happened after all the people became statues. This is what Dr. Stone tells us all about. Despite the fact that all of it seems pretty simple, it is not that easy because Taiju as well as his friends come across many obstacles in their adventure. Together they overcome all of those issues and this is what cements their bond as well as the faith to save the population lost on the planet.

Just like the popularity we have witnessed with Naruto as well as One Piece, even Bleach was able to establish itself in the form of the top Shonen Jump series of its time. This anime show is set in modern Japan but Naruto was set in a fantasy world. The plot revolves around Ichigo Kurosaki who is 15 years of age. His only purpose is to protect the real world from the spiritual one. He is also provided with the task of saving the lives of his young sisters from a demonic monster. This antagonist is known as the Hollow. We see how he had inherited the superpowers of Rukia Kuchiki. Rukia is actually the defeated Soul Reaper. After he has accepted the role as a Soul Reaper from Rukia, we all are able to acknowledge Ichigo along with his mates from high school find themselves entangled in a very dangerous political plot. It is all happening at the hierarchy set by the Soul Society. 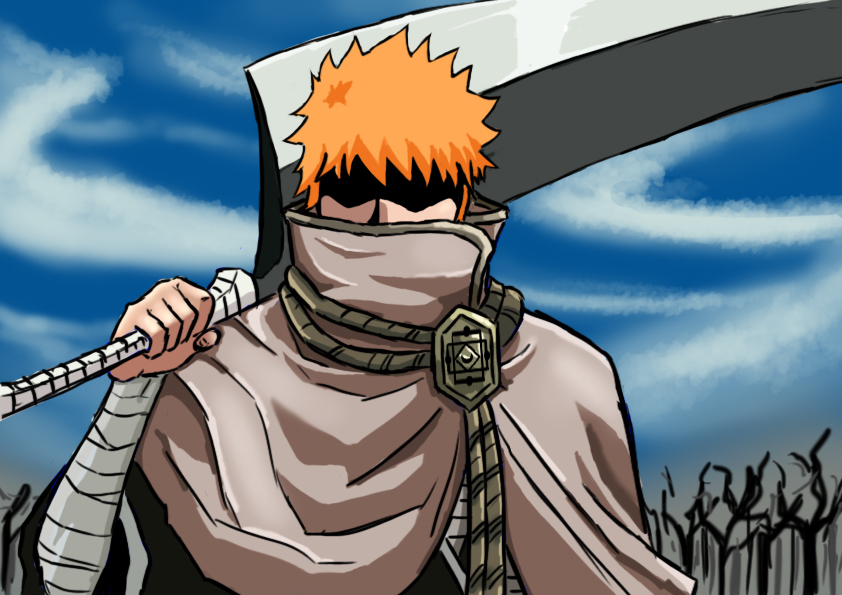 You guys should know that this anime show has the most similar elements to Naruto. In Naruto, we have seen the ninja profession getting idolized and propagated. Just like that, the hunter profession in Hunter x Hunter is viewed with the same level of respect and danger. Also, the character named Gon Freeces has similar prospects with Naruto. The character also shares the same sort of lonely history and this is what keeps on motivating him throughout the series to become a hunter just like his legendary hunter father who has disappeared from his life. All this while, there surely is a bit of difference in bith these characters. We have seen how Naruto was rowdy and rude to people. On the other hand, Gon is the exact opposite. He is cheerful as well as hopeful while he is set on a journey to find out about his lost father.

You guys should know that Naruto, as well as Dragon Ball Z, are two aspects of the same coin. Both these anime shows have brought about a revolution in the action genre of their era. All this while, the difference is that Dragon Ball Z is responsible for laying out all that groundwork on which Naruto along with the other anime show of the same theme is going to build themselves on, in the later years. The genre employed in Dargon Ball Z excels in the science and fiction department. This surreal theme has provided Goku who is a martial artist, to set on some battles which are tougher than life along with his pals. The antagonists in this show are some intergalactic creatures. The fights include battling against the aliens who are trying to invade Earth. The main character also wishes to get immortality from the magical set of Dragon Balls. 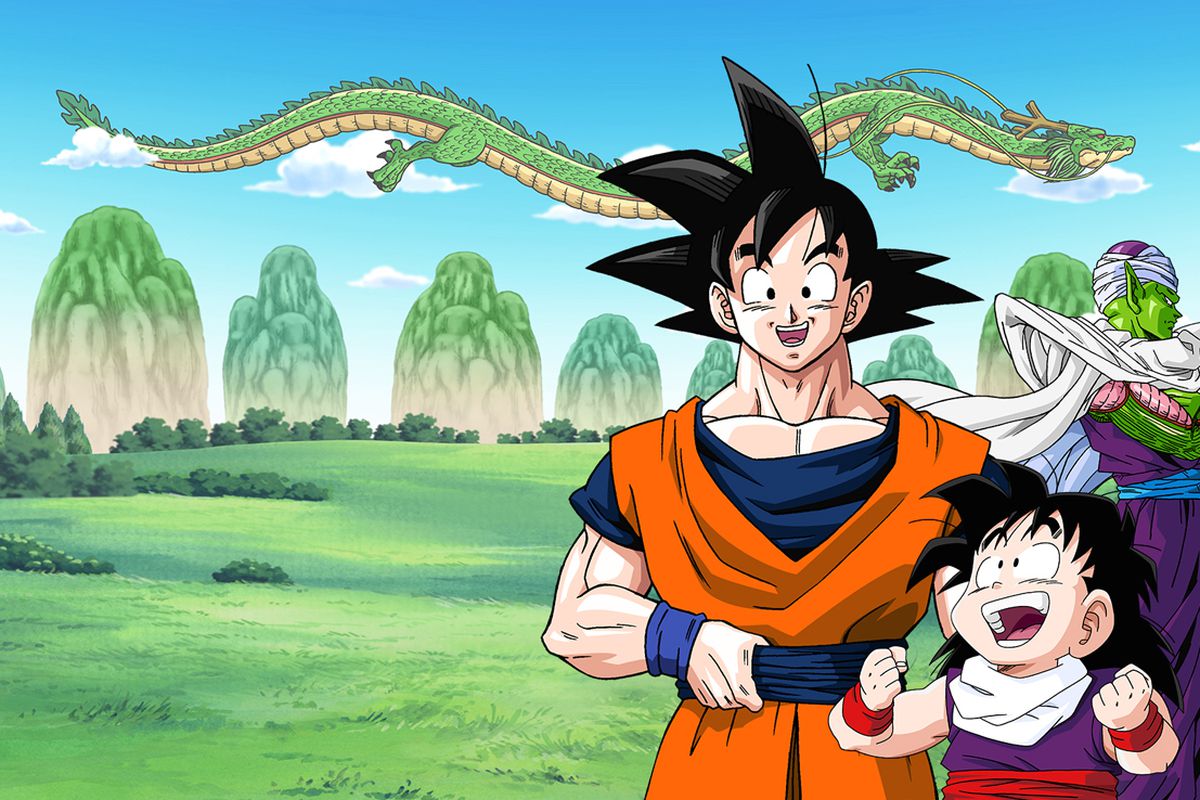 This anime show, Yu Yu Hakusho, tackles the story of Yusuke Urameshi who is 14 years of age. He speaks a lot just like Naruto does, until one fine day, his entire life changes permanently. The lad unexpectedly gives away his life in order to save a young boy. This is the point where Yusuke is provided with another chance at life by the rule of the Spirit World. The main twist is that this ruler is just an infant. Later in the scenes, we witness that our lead character gets a rebirth in the form of Spirit Detective. He is set on solving some of the unsolvable mysteries while also taking down the evil enemies. They are doing so with the help of a bubbly grin reaper called Botan. They also have included his mate or a rival, that is, Kazuma Kuwabara.

This anime show has a pretty similar concept to what Naruto wants to portray. The entire series is set in the fantasy land of Fiore. Here we witness a very powerful fire mage known as Natsu Dragneel of the Fairy Tai guild. This mage is on the search for his adoptive father who is actually the dragon Igneel. Later in the scenes, we witness that he becomes friends with a celestial mage called Lucy Heartfilia. Just like Natsu, Lucy is also set on an adventure in order to find the celestial gate keys.

Many of you are still unaware of the affair between Katharine McPhee and Michael Morris. Starting from the basics, Katharine...

Will Hailey And Justin Bieber Divorce? Latest on the Couple

What Anime Is Karma Akabane From? All About The Young Assassin