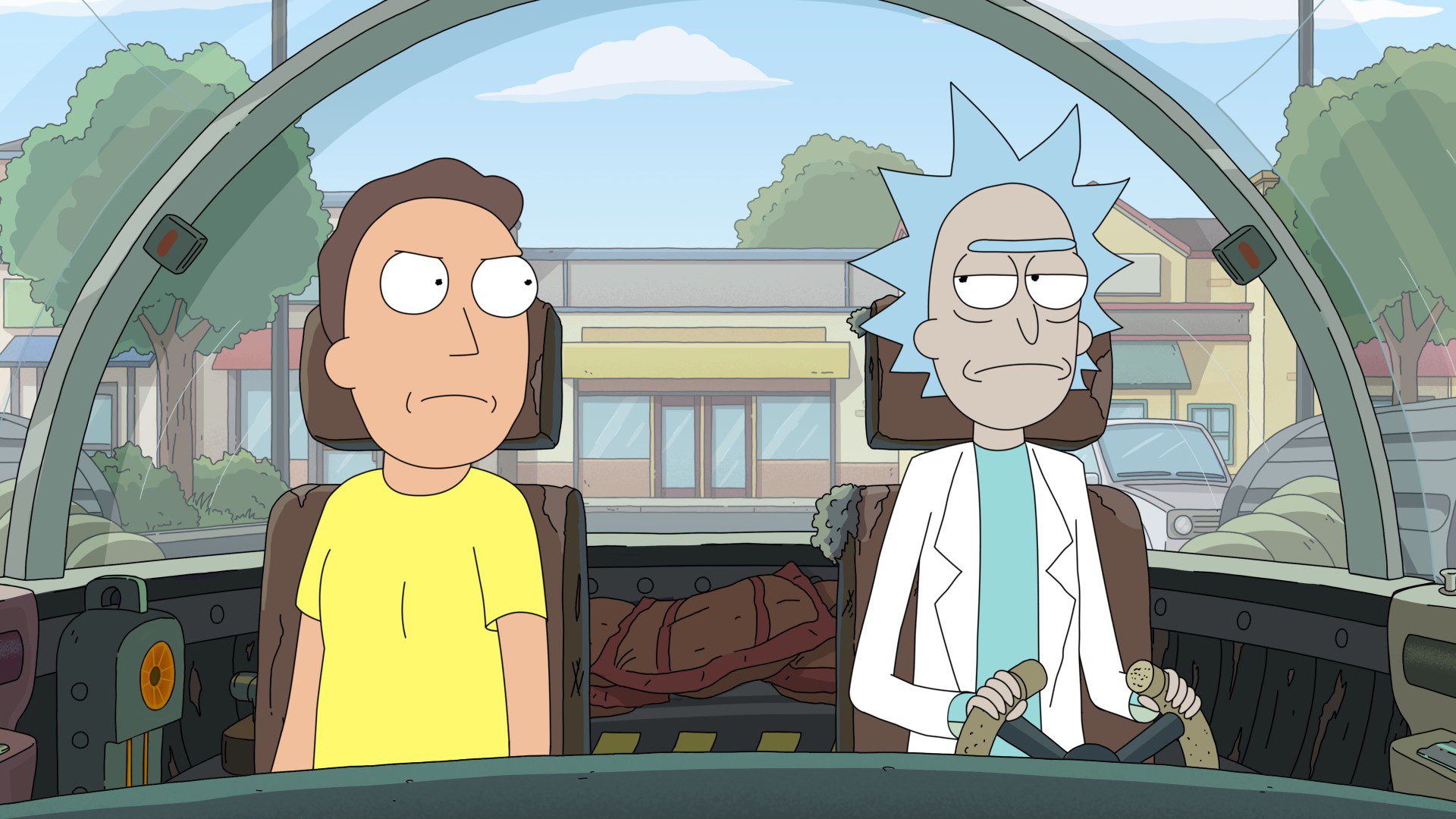 Rick and Morty Season 6 Episode 3 release date is up the roster, and fans are curious to know more about the same. The show kicked off last week with a great start as we saw that Rick, Morty, and Jerry finally visited their true universe, found a family, and started living together. It was all made possible by Summer and her intelligence. But also some help from Space Beth and Mom Beth.

Well, that was that, but this week’s episode was actually pretty rad, as Morty is now stuck. Yes, he is stuck in a video game and every nonplayable character in this game is him as we see the episode kicking off with some events that are taking place inside the video game city. Soon, Rick comes to help and explains it all out. Actually, he worked really hard to transform himself into a playable character and try to stall the video game before ending so that Morty could be saved.

Although, he is irritated by the small parts of Morty of keep asking him if they are his grandson. Now, Summer is also assisting Rick with the whole situation but pulls him out of the video game. It is because some foreign aliens are attacking the arena. This is when Rick advises her to kill them all in a Die Hard manner and manage it off. Although, the biggest problem is that she has never seen Die Hard. Well, Rick goes back into the game yet again, trusting Summer with the process. 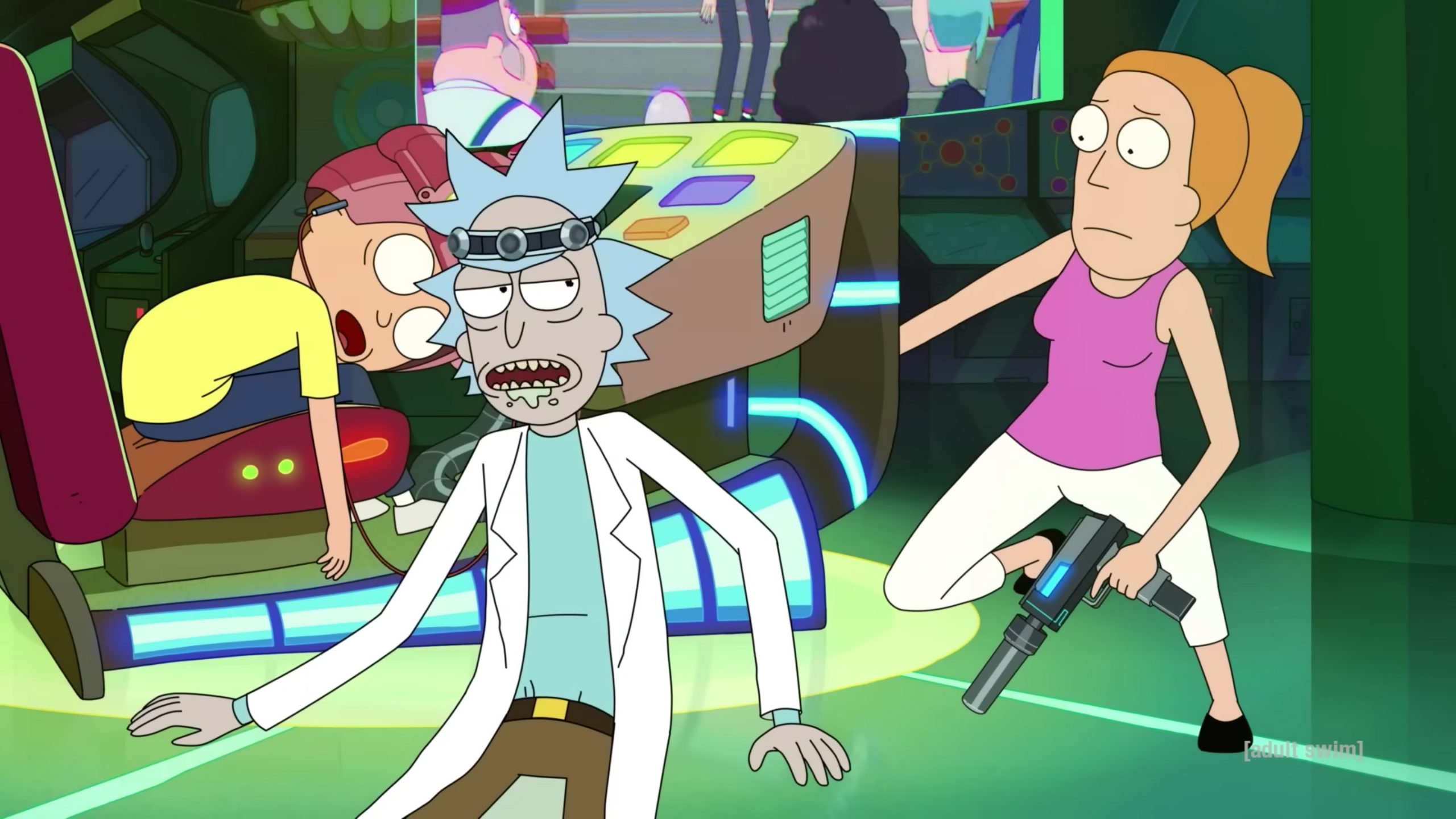 A still from Rick and Morty Season 6 Episode 2

Well, the episode then kicks off pretty decently as we can expect any Rick and Morty episode to do so. We see Morty and Rick’s bodies lying attached to the game stead as their mind if inside the characters. Well, the fun part comes in when all these Morty characters actually are having a great life and career. We see one family in general where their daughter, who looks like Morty, shaves her head off, and this pisses their Morty character-ed dad.

On the other hand, as Grandpa saves Morty, Summer is out there trying to save the bodies of them both as an alien invasion takes place. With a gun, she sneaks up behind a game booth and overhears the alien leaders asking for the location of the safe of that place. The arena owner says that they exchange tokens for digital currencies, and thus, they have no safe at all. Thus, the aliens kill him.

As a voice from one of the games screams that they do not want to be touched, it is obvious that he is Rick. Well, the alien leader sends off his men to check on the hostages hoping that nobody among them is pulling off a Die Hard.

The show then focuses on all the Morty characters who have taken this thing seriously and converted themselves into a cult-type thing and making songs about it. Soon the Morty military convenes but they also convince them that they are not real but actually stuck inside a video game.

Soon, the Die Hard thing with Summer becomes too real at the Arena as she starts talking with the alien leader on the walkie-talkie about Die Hard. Well, this was enough for the recap, and if you want to watch the full episode, I suggest you refer to the platforms mentioned below. Let us now understand the future of the series.

Rick and Morty Season 6 Episode 3 release date is on the 18th of September 2022. The episode is titled Bethic Twinsinct, and we hope that we see Space Beth return this episode. Also, new entries of the show drop out at 11 PM Eastern Time on Adult Swim. New episodes will release every week on Sundays. You just have to watch out for them.

How to Watch Rick and Morty Season 6 Episode 3?