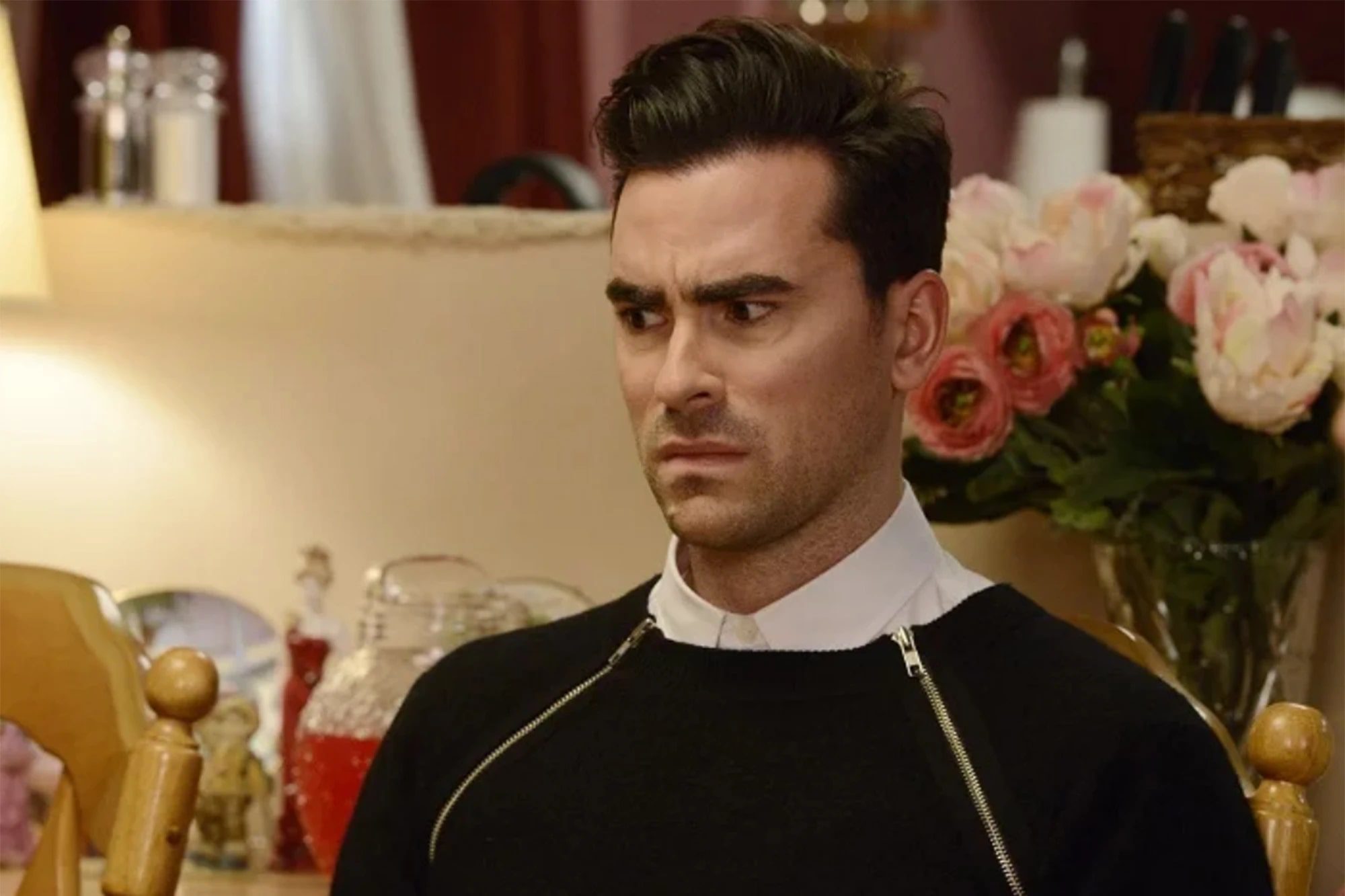 A fictitious character named David Rose appears in the Canadian comedy Schitt’s Creek, which ran from 2015 to 2020 on the CBC and Pop TV. This character was played by Dan Levy. Fans of the program, whether they persisted through the gritty, sometimes cruel first season and kept watching or discovered it later, once it struck its stride, weren’t surprised when Canadian comedy Schitt’s Creek won the most Emmys in 2020. Schitt’s Creek evolved during the course of its six-season run to become more than it was intended to be.

Much of it is attributable to the delicate, skilfully crafted love tale of David Rose and Patrick Brewer (Noah Reid) (Dan Levy). An actor, writer, director, comedian, and producer from Canada is named Daniel Joseph Levy. Eugene Levy and Deborah Divine welcomed him into the world on August 9, 1983, in Toronto. He started his career as an MTV Canada television personality.

Schitt’s Creek’s David Rose and Patrick are undoubtedly the show’s prettiest couple, and the plot of the show frequently centers on their romance. These two are at the center of the program from the first time they meet through their wedding in the conclusion, and it is clear that they were meant to be together. There are several factors that contribute to Patrick and David’s excellent chemistry. They complement one another, look out for one another, operate a profitable business (something neither could do alone), and are so wholesome it makes you want to cry.

In Schitt’s Creek, Patrick and David first cross paths. “Motel Review,” episode eight of season 3. Patrick assists David in correctly completing the paperwork when he goes to submit an application for a business license for Rose Apothecary. Later, Patrick informs David he wants to make an investment in the company, and the two enter into a partnership.

They dine together on David Rose’s birthday at the end of the season, and David kisses Patrick goodbye. Since Patrick has never kissed another man and wasn’t sure he could get the nerve to initiate contact, he is appreciative that David took the initiative. Even if it might not seem important to some LGBTQ followers. 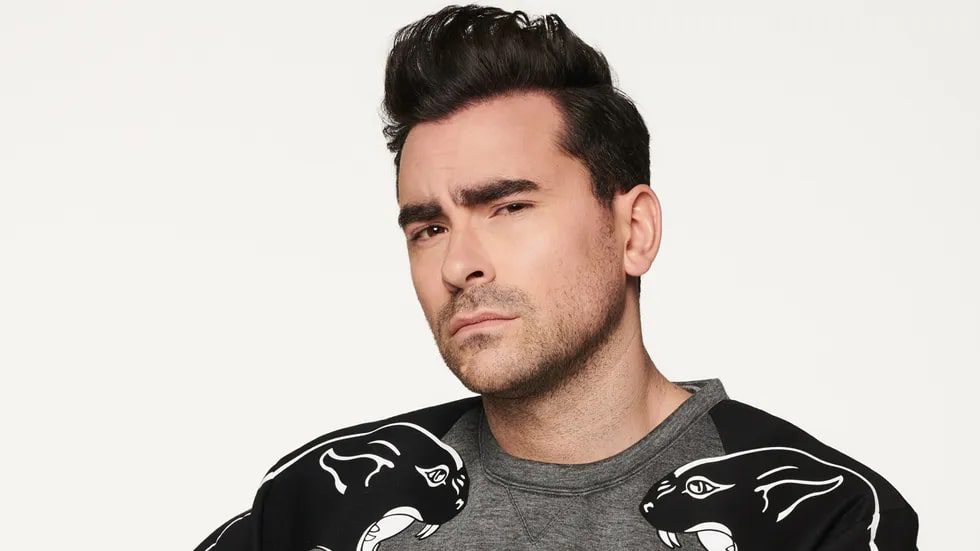 David Rose’s bank pin number (his birthdate is July 2, 1983) and the fact that Alexis is a few years younger than him both indicate that he and his sister Alexis (Annie Murphy) are both in their 30s. Although Patrick’s age is unknown, it is fair to guess he is in his 30s, which makes his coming-out tale all the more powerful. Although coming out tales are a defining feature of LGBTQ culture geared at young people, especially adolescents, nuanced coming out stories concerning adults are significantly less common.

According to several polls, young queer individuals are coming out earlier in life than previous generations, yet many elderly closeted persons have not revealed their sexual orientation (or gender), even to close friends and family. Although Patrick is only in his 30s, which is still quite young, there is a widespread belief that anyone in their 30s who isn’t in a committed relationship is essentially a washed-up spinster, regardless of their gender. This belief is especially prevalent in pop culture romances. It is amazing to witness him be able to come out, fall in love with David, and establish a long-lasting relationship.

Also Read: Who Does Victor End Up With In Love, Victor Season 3?

Patrick and David Rose’s Love Story from the Show

Most importantly, Patrick never faces criticism or scrutiny during this procedure. Roadblocks abound: Patrick’s ex-fiancée, Rachel (Stacey Farber), visits Schitt’s Creek in an effort to reignite their romance, forcing him to discuss aspects of his life with David that he had been reluctant to discuss. Patrick’s parents, who think their son is only David’s business partner, are mistakenly outed by David. When David kisses Alexis’s boyfriend, Ted (Dustin Milligan), during a game of spin the bottle at a party with a high school theme, Patrick is overcome with tremendous jealously. 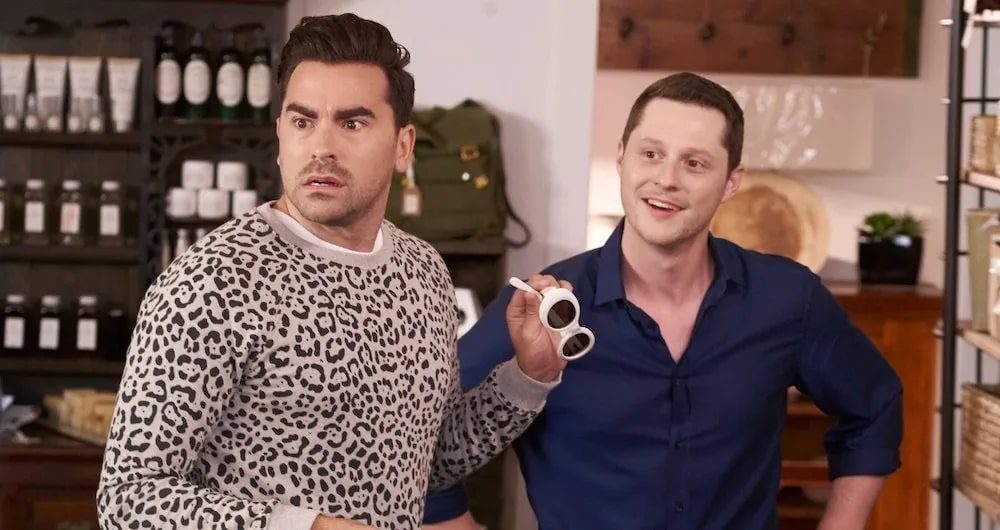 David, however, never makes fun of or shames Patrick for lacking maturity or coming out later in life. He doesn’t become upset with him because they had a prior engagement (their argument is over David not knowing, not Patrick’s past specifically). He does not inquire as to Patrick’s sexual orientation. The fact that Patrick is never made to feel inferior for discovering his sexuality as an adult is crucial.

Without being forced to defend or explain his history, Patrick is given the freedom to discover himself and fall in love. Additionally, he is neither shunned nor rejected because he is gay. Schitt’s Creek doesn’t necessarily avoid queer trauma—David frequently discusses his history in quiet, guarded tones, and it even first looks as though Patrick coming out to his parents would have grave, disastrous repercussions—but it also doesn’t exploit it. Despite the fact that Patrick and David’s queerness appear different, they are both permitted to be out and proud.

Patrick’s acceptance of his sexuality as an adult does not render him any less gay or less deserving of care, a point that Schitt’s Creek emphasizes by treating it as if it were unimportant. Patrick experiences growth, changes, falls in love and starts a family that isn’t made up of his biological relations. He also makes errors and achieves amazing feats, and he gets to experience both being filled with joyful light and being doomed to dark misery.

He is a complex, completely developed character whose sexual orientation and the process of coming out have a significant influence on his life. However, he is not reduced to serving as a cautionary tale or an illustration of how brutal the closet can be, especially for queer seniors. This connection and this character journey are two of Schitt’s Creek’s most amazing accomplishments.

Also Read: Who Does Alexis Rose End Up With In Schitt’s Creek?