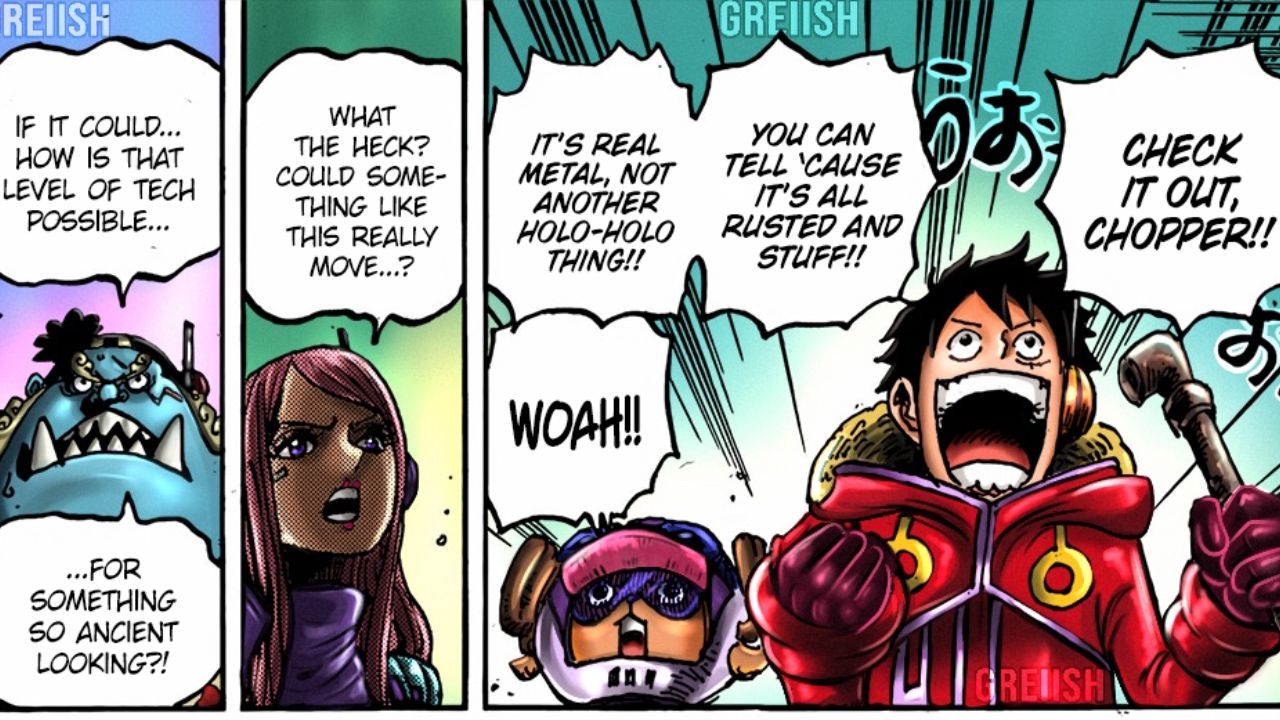 One Piece Chapter 1065 colored by Greiish!

One Piece Chapter 1066 will be back in the upcoming issue of the weekly shonen jump magazine without any break, and fans like me are very ready to see Oda reveal one thing after another. It is so strange that Oda sensei is managing to reveal almost new things in new chapters without letting us down ever since Luffy’s gear 5 transformations.

Perhaps when Oda sensei said that the upcoming saga is the final saga, then we can believe that he was not kidding as mysteries have started to be revealed in the One Piece series after a build-up of almost 25 years of the series. It is so hard to presume who is going to be the main antagonist of the Egghead island arc as there is no pretext formed for the arc as it was for Wano, Dressrosa, etc.

This arc brings back memories from the earlier arcs of the series where we went into the series without any heads up making us very excited for the new chapters. The Egghead Island even begins with Dr. Vegapunk, one of the mysterious characters of the One Piece series, revealing himself at the very start, and to figure out his mysteries, there are puzzles as well. So far, we have seen that there are six models of Vegapunk and the reason who is the real one remains a mystery.

We also learned that the very genius and important figure of the World Government is tasked to die by none other than fellow other world government agents and in addition, we also learned that Vegapunk has a connection to the Revolutionary army as well. The latest reveal of the series goes way back into the mysteries of the One Piece world 900 years, and we cannot wait to learn more about it in One Piece Chapter 1066. So, let’s talk about it in detail.

What could One Piece Chapter 1066 be about? While I’m not sure what will exactly happen in the said chapter because lately, Oda sensei has been very unpredictable, the least we can do is theorize about it. Furthermore, we will also list all the other details in this article such as the One Piece Chapter 1066 release date and where you can read the chapter once it is released. So, without any further ado, let’s dive into it. Here we bring you the latest One Piece and its new chapter updates. 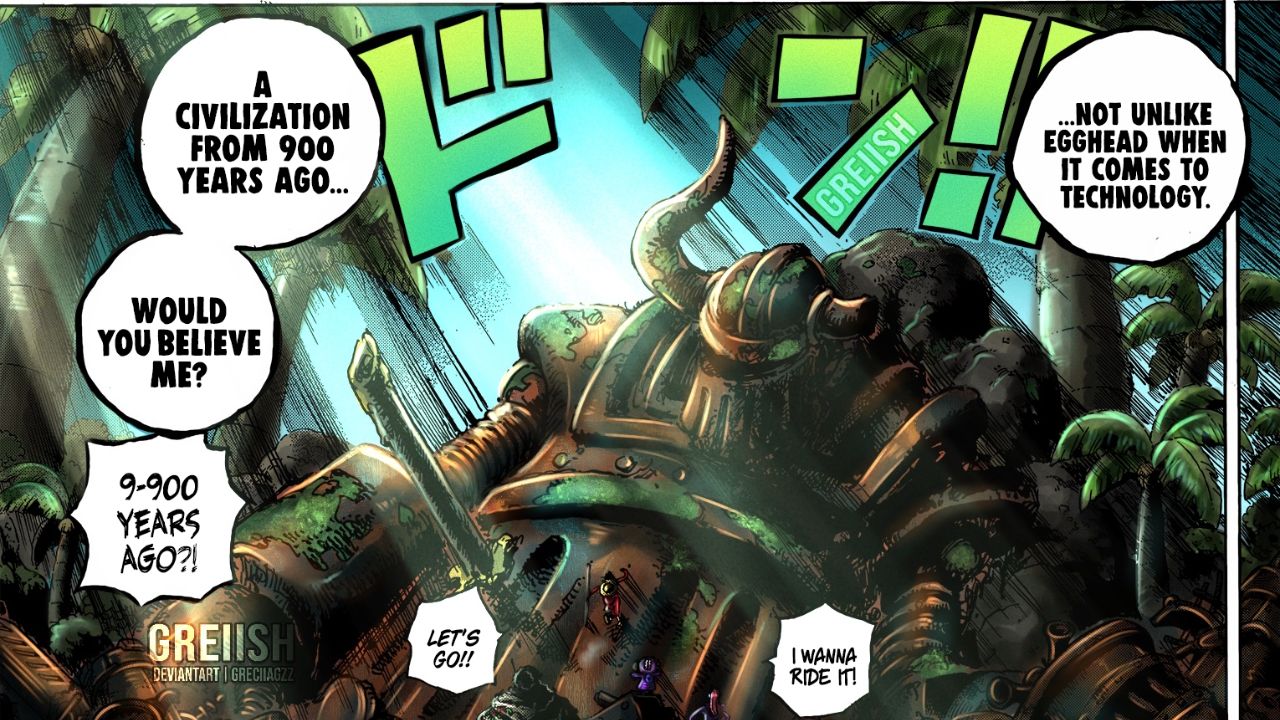 Ancient Robot found by Luffy and the group (colored by Gresiish!)

One Piece Chapter 1066 will likely continue on the current events where we might see Shakka explain the straw hats, including Sanji, Nami, Robin, Franky, and Ussop. Franky would be very excited to hear more about the Ancient Kingdom Technology, whereas our archeologist Robin might strike up some interesting questions well.

Meanwhile, it will be exciting to see Luffy and his gang in One Piece Chapter 1066 and see what Oda has planned for this part of the group. And I personally would like to see the fight between Law and Blackbeard come to an end or a glimpse of it. I’m worried for Law but excited at the same time.

The spoilers for the chapter are expected to release on the 8th of November whereas the raw scans and the full summary for the chapter is expected to be released by Friday, the 11th of November. We will have articles for both topics as soon as they are out. Make sure to check our website on the aforementioned dates for the topics listed above. Check out the release date for One Piece Chapter 1066 below.

As mentioned earlier, One Piece Chapter 1066 will be released in the upcoming issue without any break, which is weekly shonen jump magazine issue no. 50 releasing on Sunday, November 13th. The magazine will also feature other famous shonen genre series such as Jujutsu Kaisen chapter 204, Hunter X Hunter 394, Black Clover Chapter 344, and many others, except for My Hero Academia chapter 373 as it is on break.

NO BREAK NEXT WEEEK!

》Confirmed Spoiler of One Piece Chapter 1066 will be release starting on November 8 or 9.

The new chapters of One Piece are scheduled to release in the new issue of the weekly shonen jump magazine weekly unless a break is announced by the author (which occurs after 3 consistent chapters’ release) or the magazine itself.

Once released, One Piece Chapter 1066 will be free to read on various platforms like viz media, manga plus, and Shonen Jump’s official application. The latest three and the first three chapters of One Piece are free to read on the aforementioned websites.