If you are in search of Kindergarten Wars Chapter 7 Release Date, let me tell you, my friend, your search now ends here. The creators of the brand new action-packed comedy series, Kindergarten Wars or Youchien Wars if you prefer, recently announced the schedule of their upcoming Chapter 7, and fans of this outstanding manga series are really excited to know more about the same.

If you are a fan of Kindergarten Wars, you can follow us along till the end of our article and we will let you know, every piece of information, revealed by the creator of the manga, with respect to the Kindergarten Wars Chapter 7 Release Date, we will also guide you how you can read the same online. But first take a quick glimpse of the manga series, before jumping into our main part.

Kindergarten Wars is a newly released action comedy slice of life, manga series. The story of the manga follows the children of a Kindergarten. But wait, this is not an ordinary Kindergarten with ordinary children. This is the Kindergarten where children of the most popular people of the world, from politicians, oil tycoons, presidents, celebrities, sportsmen, and you name it, attend, and this is called as World’s Most Secure Kindergarten.

This Kindergarten is attended by the children of the world’s elite who are easily targetted. Therefore they are frequently targeted by hitmen and kidnappers. Many before they have lost their lives. So, the government ordered prisoners to do a top-secret mission to protect the children for a reduced sentence, and they are called “special teachers”.

We have our main character Rita, who was a highly skilled assassin, and who is now assigned as the Special Teacher, to protect the children in the Kindergarten, in exchange for her freedom. The previous chapter 6, of the manga series Kindergarten Wars, shows us that children are requesting Hana Sensei to play with them. 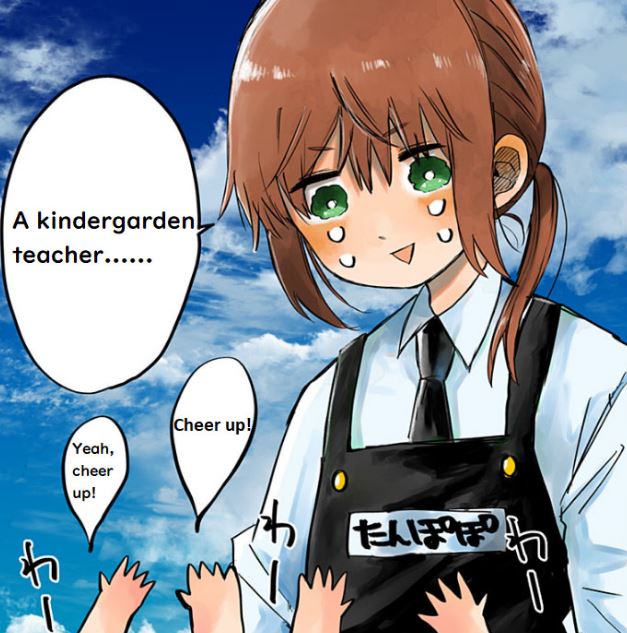 In the same chapter, we saw that Doug Sensei is explaining to Rita why the special teachers that come to the Kindergarten, don’t stay long. According to him, being here is like picking one’s poison.  You could die to the assassins, and if you violet the rules, by the chief, and the list goes on. He also suggests to her that she should maintain a distance from the explosion girl, which is Hana Sensei, and the stranger she latches onto something, the more painful it will be when it’s ripped from her.

When some child takes a thing from Hana’s pocket and is noticed by Rika, she finds out a picture of Hana with a cute and handsome guy. After looking at him in the picture, Rika asks Hana that is the boy is her boyfriend and responds to that Hana rudely replies that he is her older brother.

When Is Kindergarten Wars Chapter 7 Release Date and Time?

Where Can You Read Kindergarten Wars Chapter 7?

Currently, there are not any official manga publishing sites like Viz Media or Manga Plus, that are providing the official digital edition of the upcoming chapter of Kindergarten Wars. Although with its unique and different storyline and interesting character, we can hope, that it will be picked very soon by some official site, so we can read it online easily. Until that, you can check out the official raw site of the manga Kindergarten Wars, at Shonen Jump.