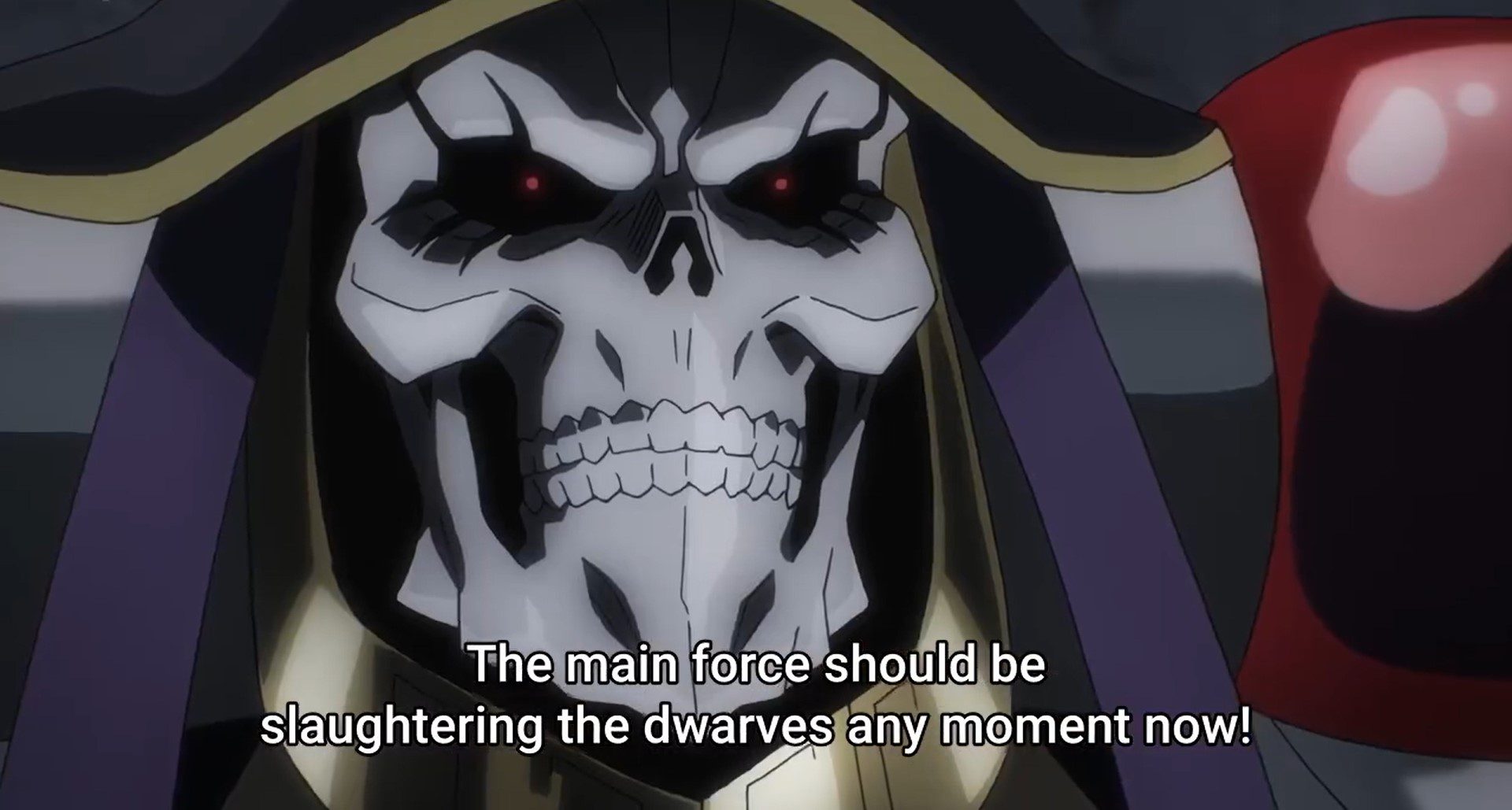 Ains has left the matter of the Empire to become the vassal state on Albedo and Demiurge and he has left to make an alliance with the Dwarven Kingdom. On his new journey, he is accompanied by Shalltear, Aura, and a Lizardmen named Zenberu who was once helped by the dwarves. After arriving at the Feo-Raidho city of the Dwarven kingdom, they find it empty. Shalltear and Aura go to find out the reason behind the city being abandoned. 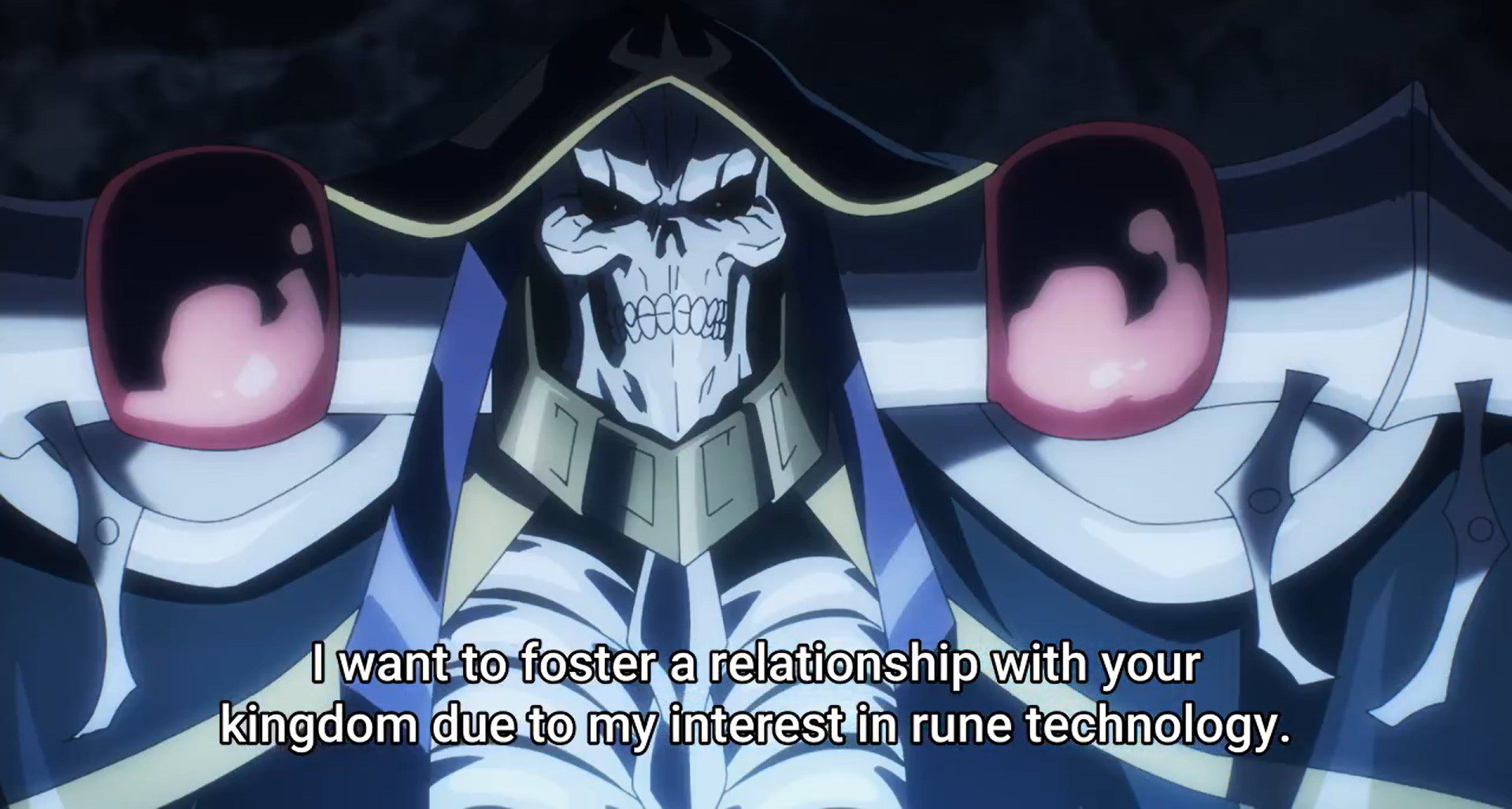 Aura meets a dwarven named Gondo who is a miner. Ains offers to help Gondo recover the pride of the Dwarves and requests an alliance and shows his interest in the rune technology that the Dwarves have got. Meanwhile, Shalltear captures the army called Quagoa a Woflmen who has strong furs. We learn from them that an army led by Clan Lord Riyuro is on its way to destroy the remaining of the Dwarven Kingdom.

What to expect from Overlord Season 4 Episode 6?

Ains’ new plan to grow his influence and territory is to gain the trust of Dwarves and get his hand on their rune technology. The first hurdle to gaining the trust of the Dwarves has been set and that is to protect the remains of the Dwarven Kingdom which are about to be attacked by the Clan Lord Riyuro. What we are expecting to see in Overlord Season 4 Episode 6 is how Ains and his subordinates will help the remaining Dwarves who are about to be attacked by Clan Lord Riyuro.

I believe that Ains will let his subordinates Shalltear, Aura, and lizardmen Zenberu take care of the matter. Since Ainz is strong enough to stop an army or two, he will let Shalltear take care of the matter where she will get a chance to grow and be more reliable. Sadly these are only speculations. Check out the release date for Overlord Season 4 Episode 6 below. 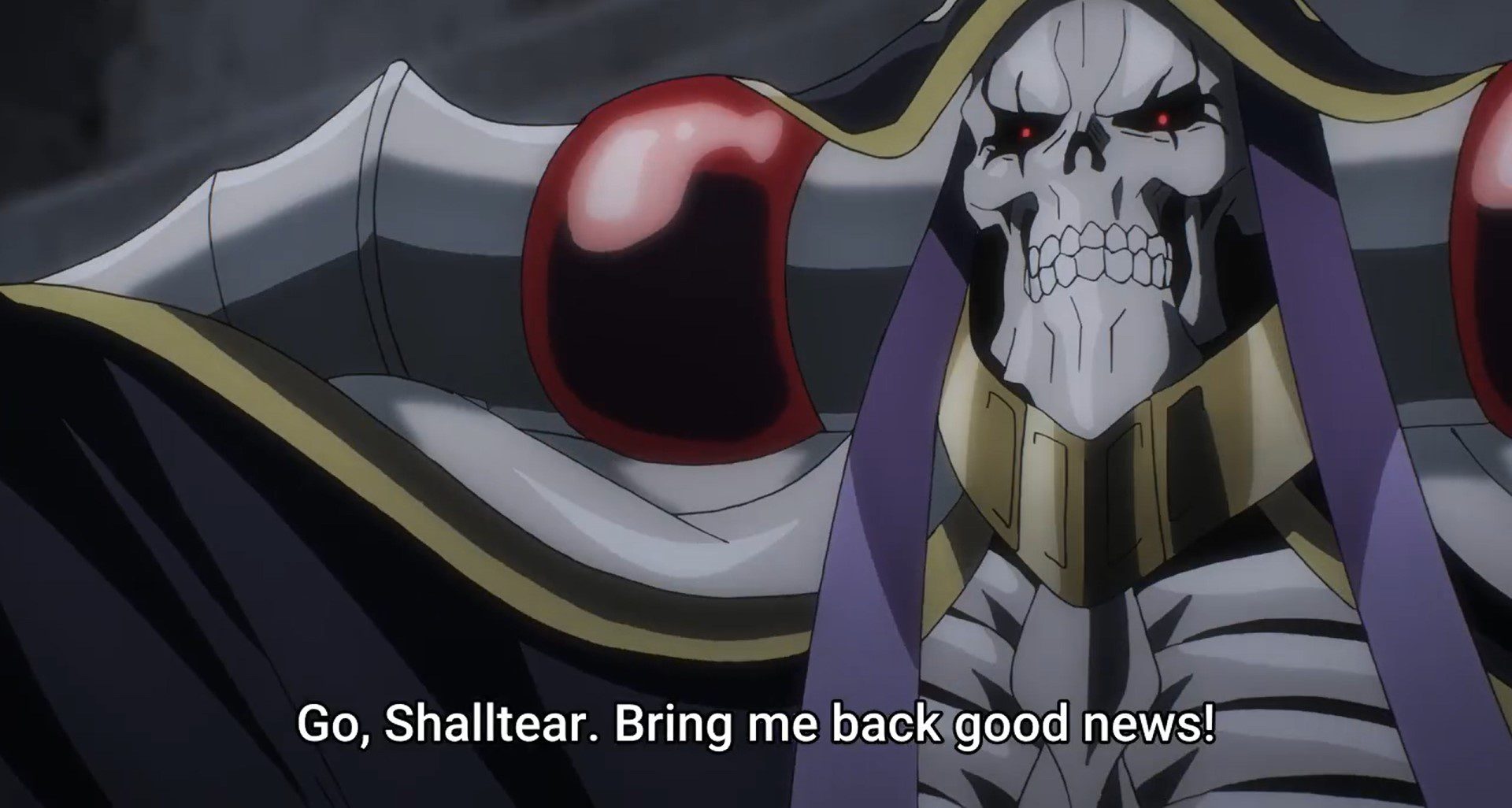