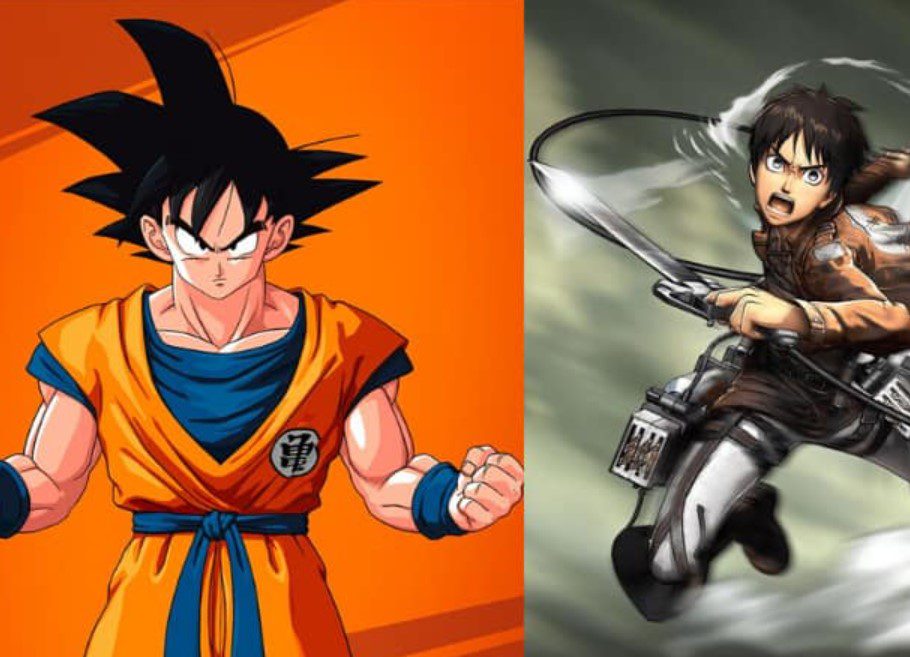 Manga has also become popular, and most of us enjoy reading the greatest manga online. Here we will look at the list of the greatest manga. We are familiar with the most entertaining manga that topped the ranks, but most of us only know a few popular greatest manga, but worry not since the ones we cover below will entertain you. As a reminder, you must realize that most of the best anime are adapted from manga. This makes the most of manga interesting and entering.

In our list, we might start with the mangas that you know since most of them are continuing as we speak. But interestingly, 95% of the readers love to read manga, which gives more work to the writers and helps them improve while providing the greatest manga that everyone would want to know or read. Most of the manga we will talk about are catchy to the fans and interesting. The manga world has been growing larger every season or year. We learned about new manga that are great. Let’s find out what the list of 20 greatest manga is all about below.

20 Greatest Manga of All Time:

We have decided to kick off things with DBS because it is one of the manga that releases once a month. Dragon Ball Super has been a hit revealing the journey of Super Saiyans as they protect the Earth and their beloved ones. This is interesting for those who love to see the Prince of Sayains and Kakarot in action. The rivalry between the two Saiyans will never end, but they continue to help each other conquer the enemies. 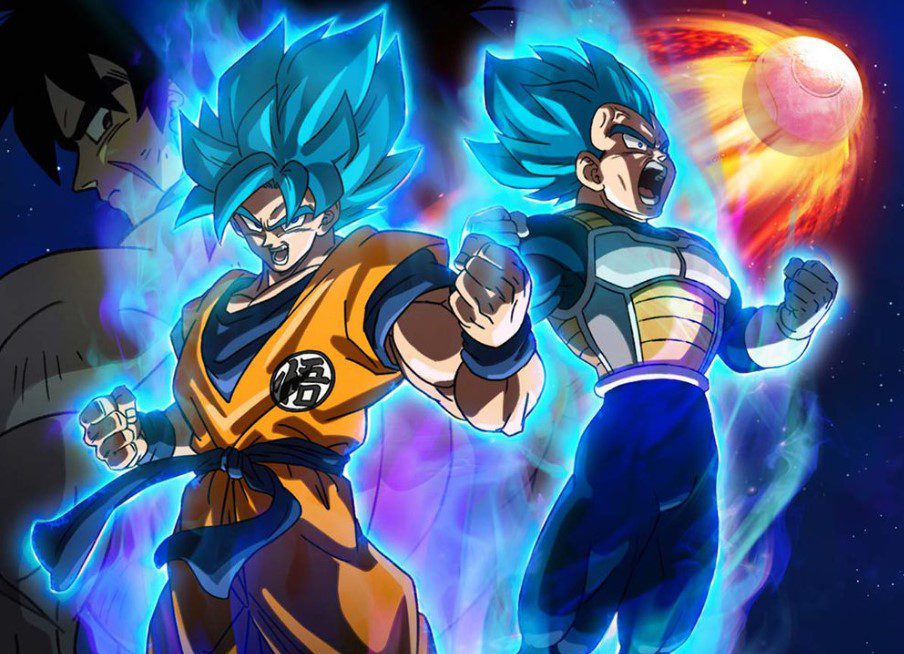 Goku and Vegeta make DBS interesting, and it is one of the greatest manga that comes once a month. Those who are not aware of DBS can visit the official websites and find tons of chapters that await them. You will get more about the recent battles that involve Vegeta and Goku on VIZ.

This is one of the best and top-ranked manga. We can talk about many of the greatest manga, but we will never leave One Piece behind. It is rare not to talk about One Piece on a topic like this. Most of us know that One Piece releases new chapters or spoilers every week, and the same style that we know continues. Those who are missing One Piece are missing many events that are taking place now since the great battle in Wano continues. 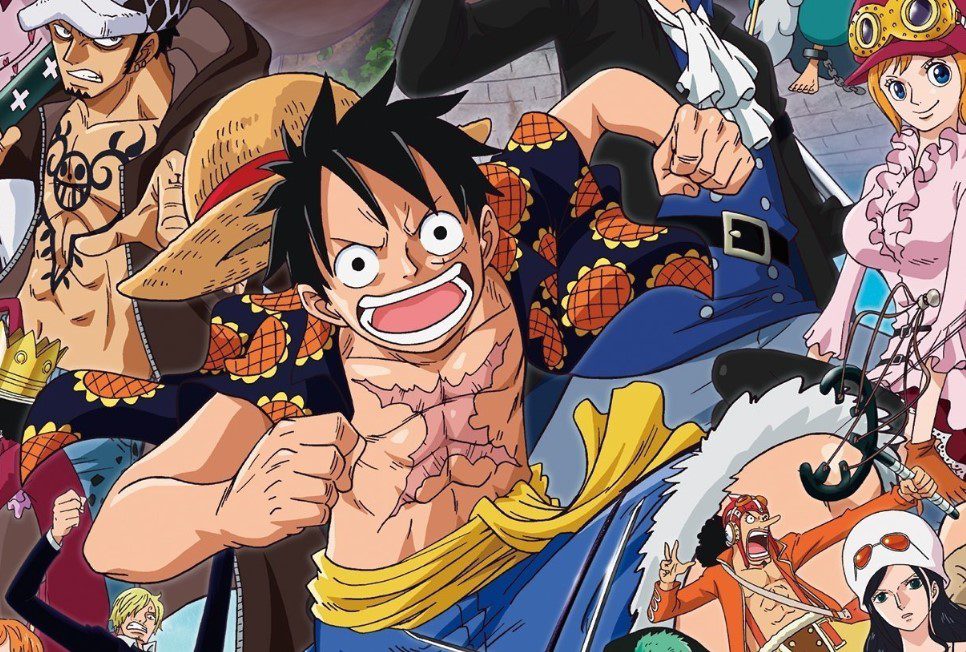 Luffy and his friends continue to go against Kaidou and his friends. Who would want to miss such a great battle where Luffy has awoken another power that has hooked the world. We also have new chapters of One Piece that you might want to read every week.

The world of heroes and villains is still a must-read for the fans. My Hero Academia chapters will never bore anyone, and this is the greatest hero manga that is popular, and everyone online talks about it. Izuku Midoriya and other heroes continue with their plans to take down All For One, Tomura Shigaraki, and other villains. The new chapter is around the corner, and it is interesting to know about it. 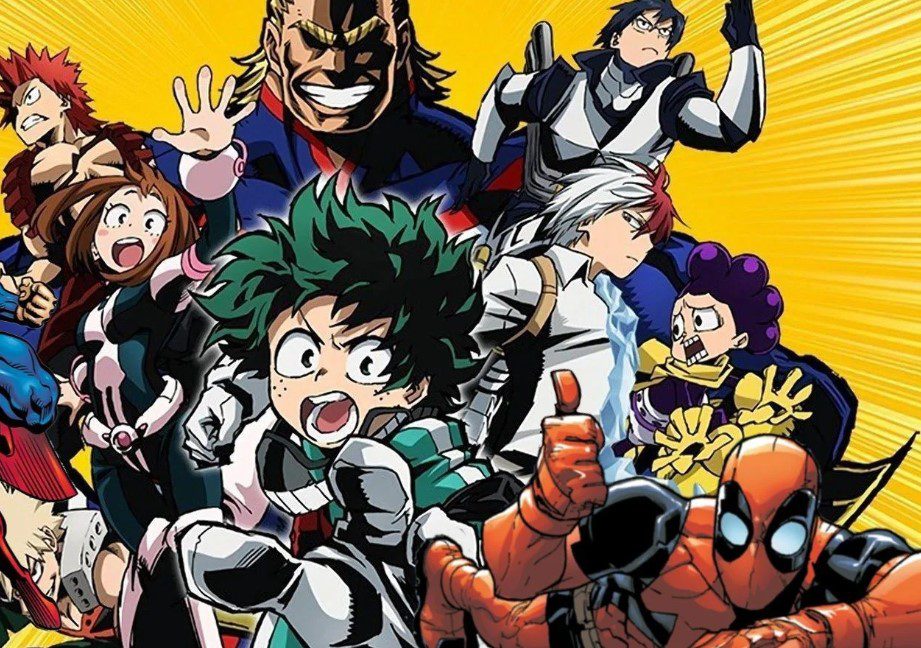 Jujutsu Kaisen also fits in this list since it is one of the best manga that reveals the sorcerers. The martial arts and other ninja techniques in this manga make it interesting. Especially the Sakuna that resides within Yuji’s body makes this manga one of the greatest manga. Everyone always wants to know about Yuuji and Sukuna and other characters like Satoru and Megumi. 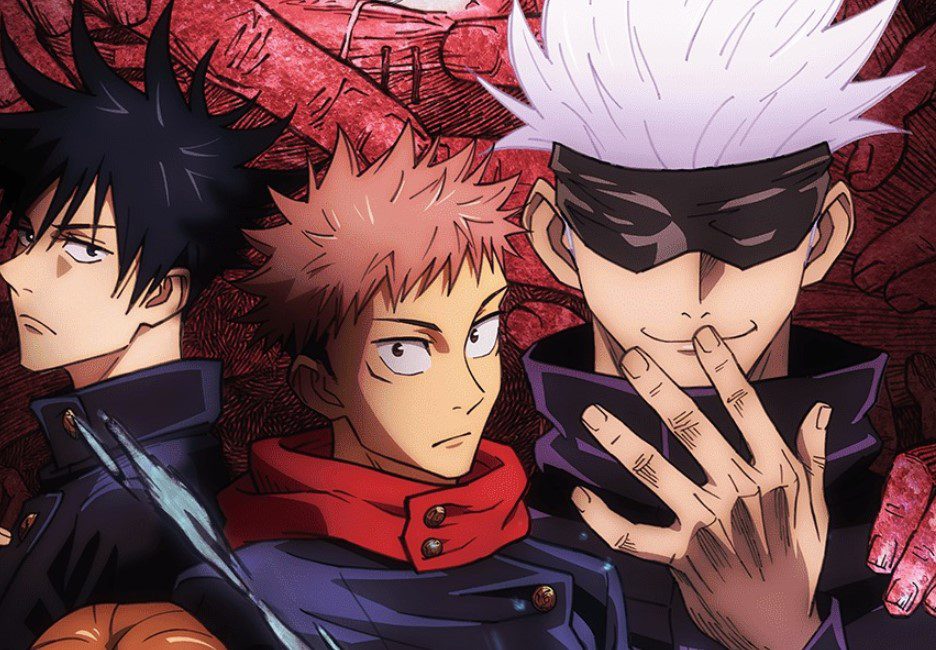 You can expect a lot of action in Jujutsu Kaisen, and many battles await Yuji and his friends since they are fighting to free their teachers and justice.

This is an interesting one since it also involves family drama. The trio in Spy X Family deals with criminals, but they have disguised their true identities. This is one of the best action-comedy manga that includes a fake family with a spy, an assassin, and a telepath. The trio always finds ways to save the world and entertain people. 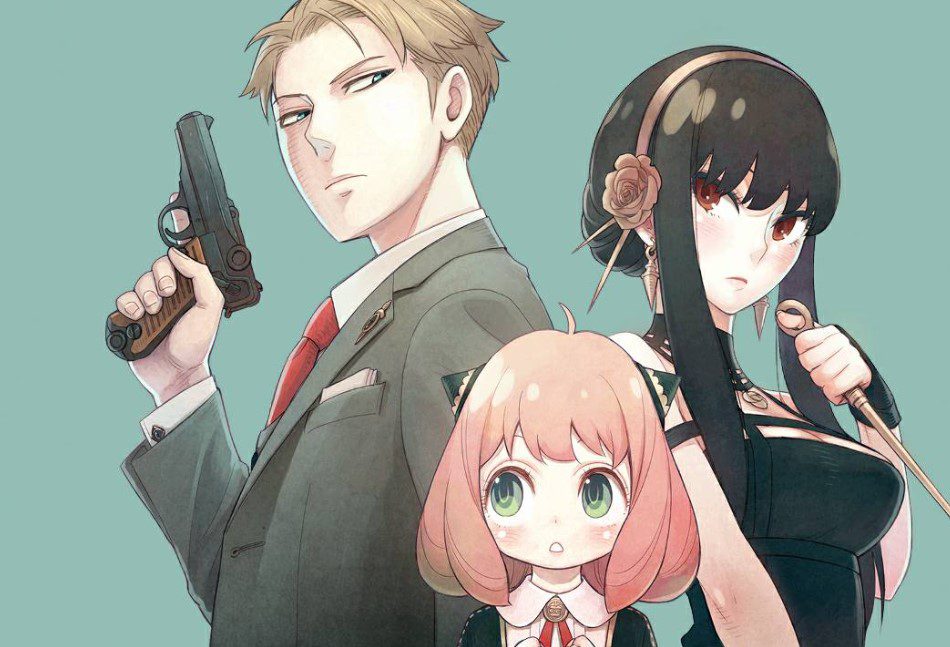 Those who love manga that reveals magic or exorcism would agree that this is one of the great manga. Blue Exorcist is interesting because of the two realms in one world, and it is like a mirror. The human world and the world of demons are separated, but some humans can travel between those two worlds. But demons have to possess something to travel between the two worlds. Only Rin can save the human world from demons. 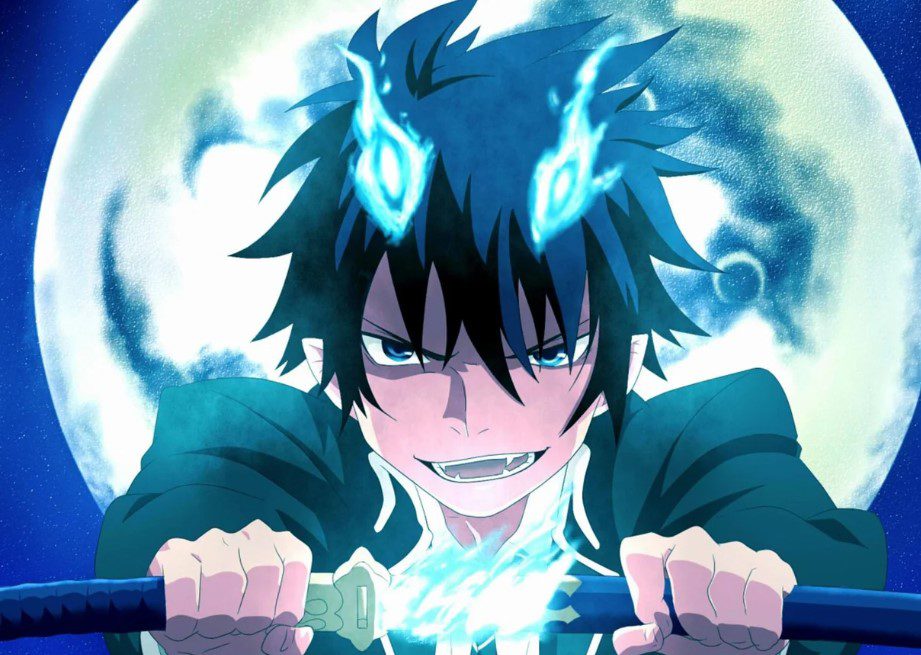 This one is also a great manga, and it is interesting since the main character uses his natural abilities to take down villains. Saitama is a man well known for his single punch signature move that ends the battle instantly. Despite the villains having no match for Saitama, new villains kept appearing, and Saitama always had an interesting battle. 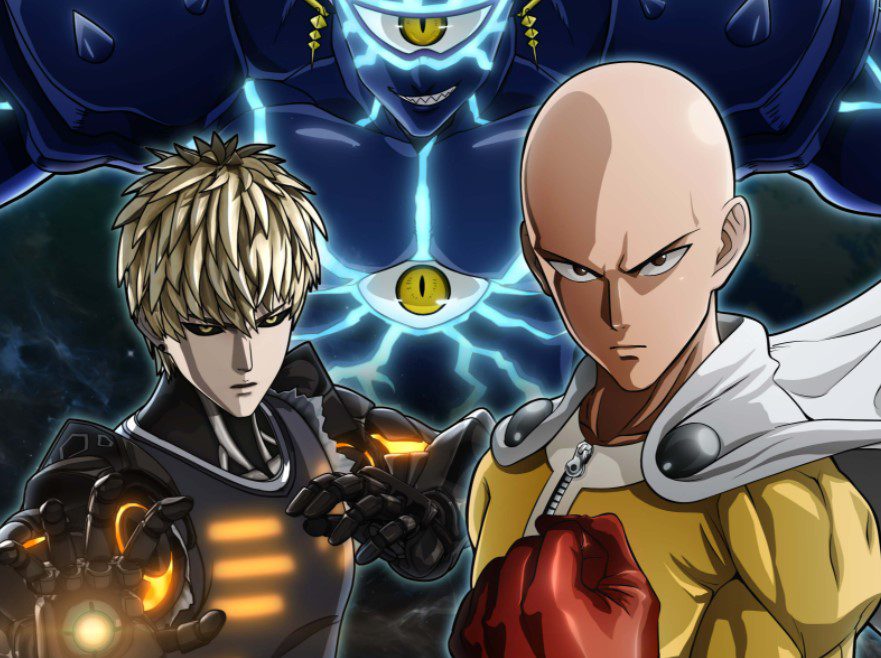 This is the best manga about vampires, and it has been going on for a long time. The vampire story is interesting, and this is one of the most interesting vampire manga that one can rely on. Hyakuya Yuuichirou’s journey continues as we all know about his orphanage incidents where vampires used to mistreat them, but now Yuuichirous is the hero of mankind. 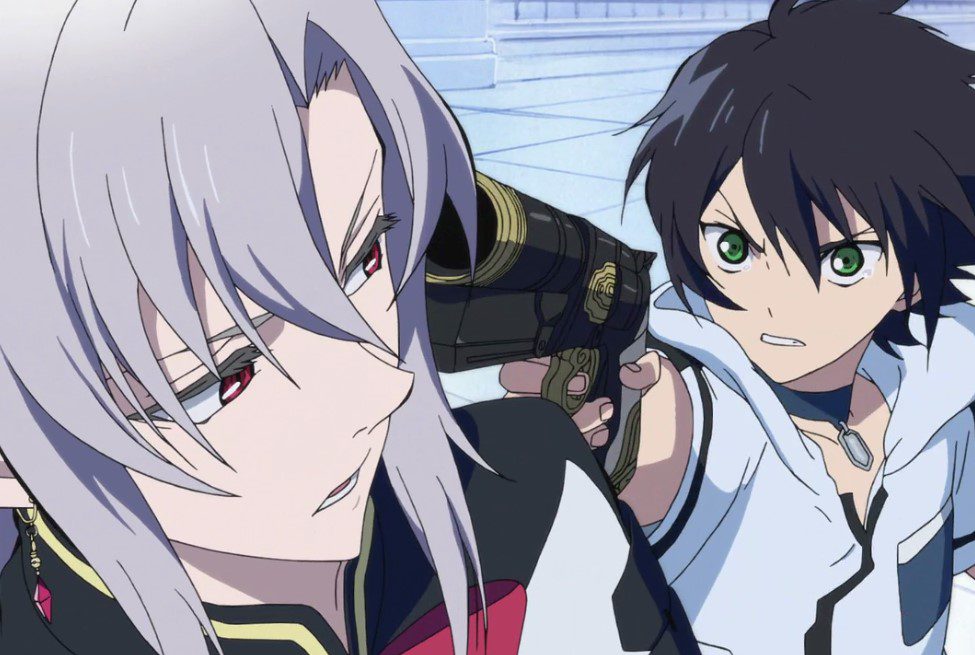 The Anti-Magic boy story never ceases to amaze us. Ever since the beginning of Black Clover, most of us have known about this manga and the main character Asta. The fans were eager to know what would happen next because this is the best manga about the Magic Knight and the Supreme Devils. Black Clover is the best manga that no one would want to miss. The chapters of Black Clover are available every week on its official platforms, albeit on a break before the beginning of the final arc. 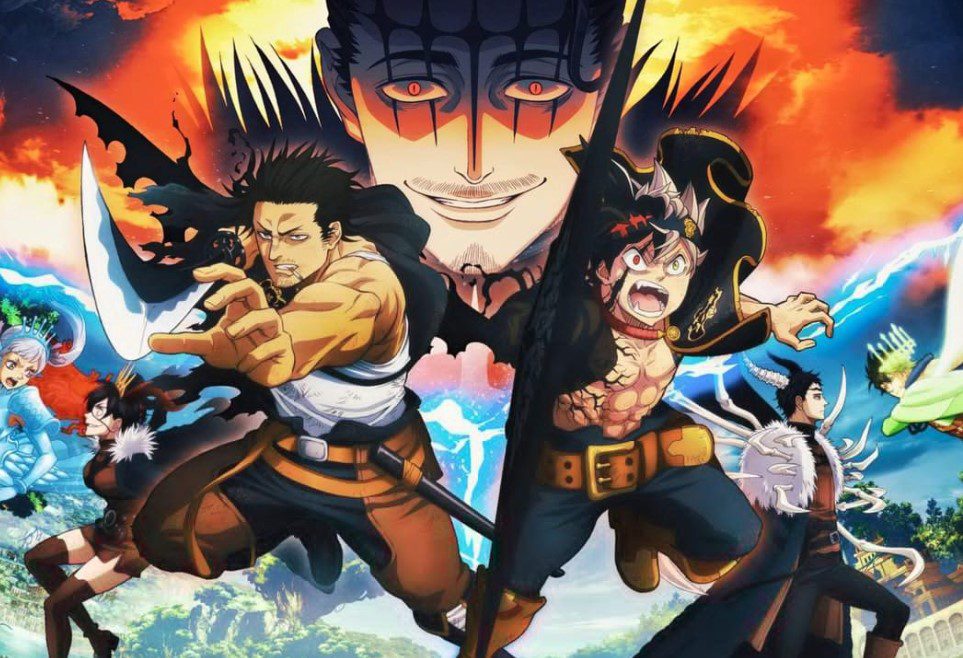 This is also interesting for the fans that love manga; that is like games where one completes missions. Hyuse, Osamu, and Kuga have made this manga interesting and one of the greatest. The battle between different squads is also an interesting part of World Trigger. Despite releasing a single chapter every month, this manga has been great, and it is continuing. 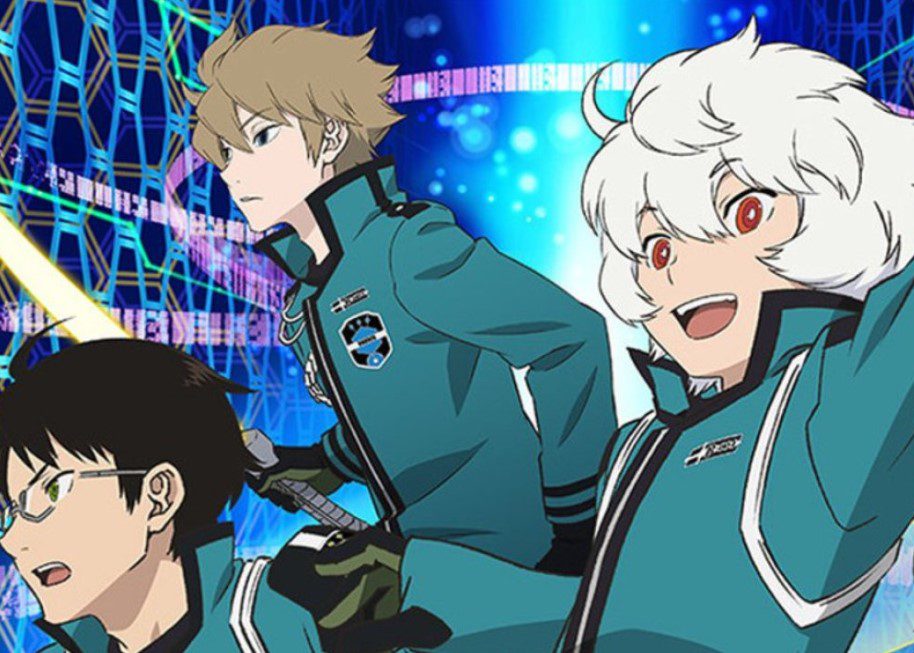 Even though this has ended, it remains the greater manga that anyone would want to read repeatedly. The story of a boy with the gift of seeing the spirit is amazing. Kurosaki Ichigo’s life changed after he met with Death God, and he had interesting and fun battles throughout his journey. Also, his friends have been battling Hollow and sending souls to the afterlife. 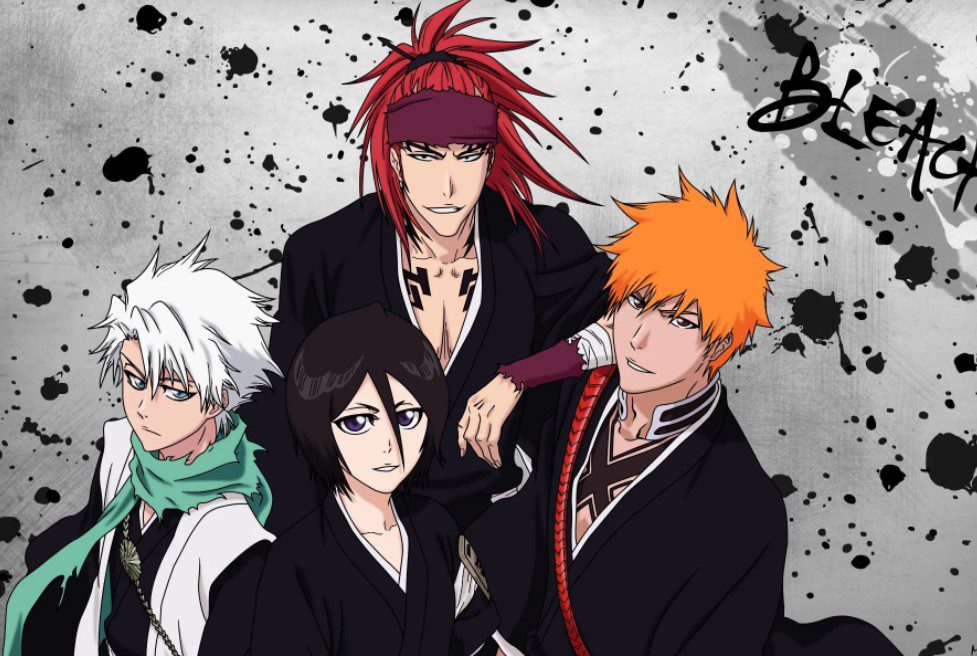 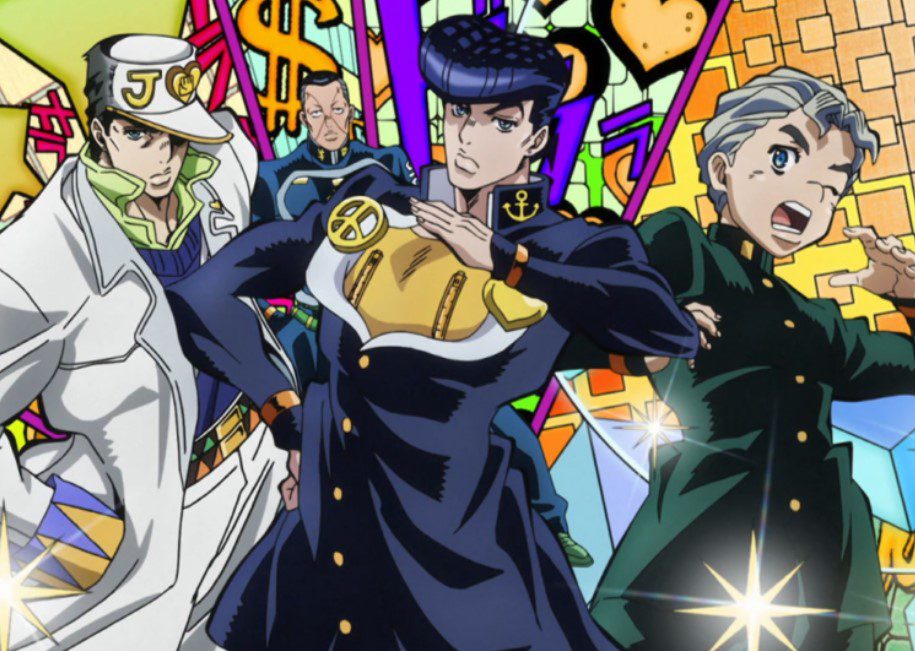 No one would hate this one since this is the best manga that reveals Demon Slayers that protect the world from Demons. Tanjiro and the Hashiras have been doing a great job of making this manga great and interesting. The amazing techniques that the Demon Slayers reveal when fighting with Demons are entertaining and interesting. This is also a must-read for manga fans. 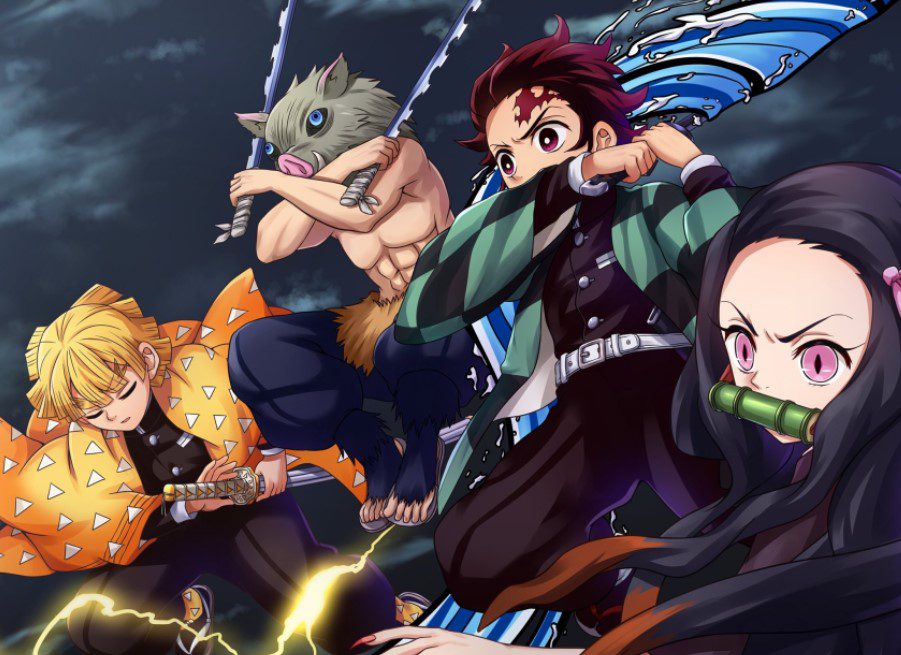 We can talk about all the great mangas, but we cannot leave Dr. Stone out of this topic. This manga is different from the others because we see the battles between scientists, which is rare in other mangas. We have seen many interesting scientific battles and combat battles in this manga, making it the best. 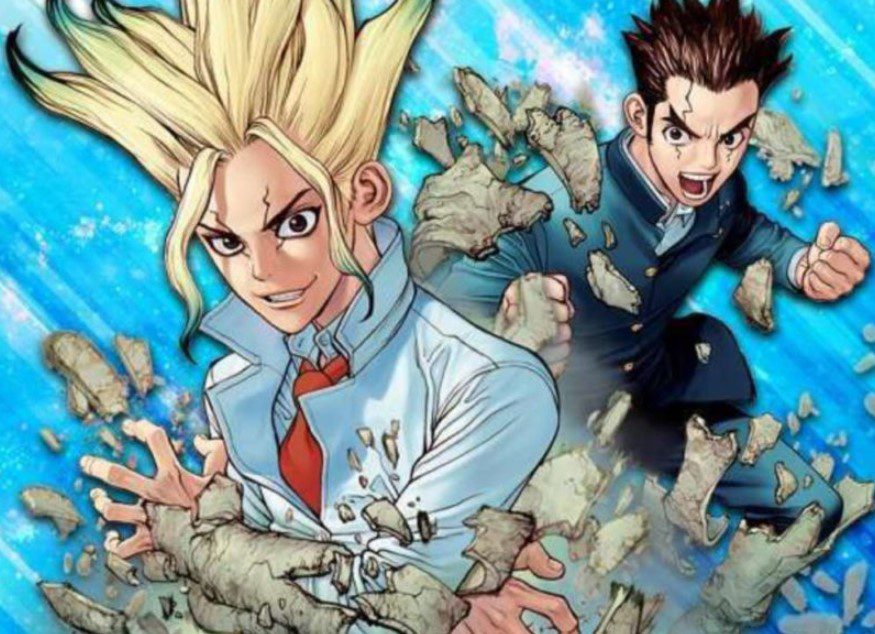 This is like the other mangas we have mentioned before, and most know it because it is a popular ranked manga. This reveals the eternal journey of Boruto and other Shinobi Ninjas who are completing the missions. But they have also faced countless interesting battles with their enemies. This manga also releases a single chapter every week on viz. 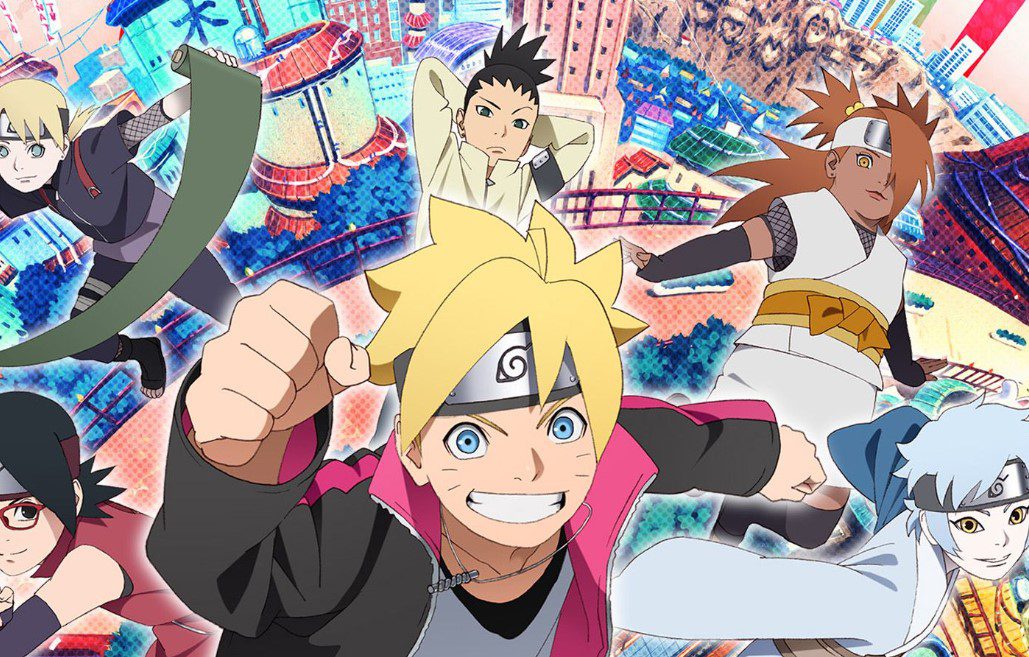 This manga might sound familiar, but it differs from the one mentioned above. Things that make this one the greatest manga are the characters and the villains. We have seen Koichi, aka The Crawler, involved in many battles in this manga. The great battle continues, and most mysteries are yet to be revealed. 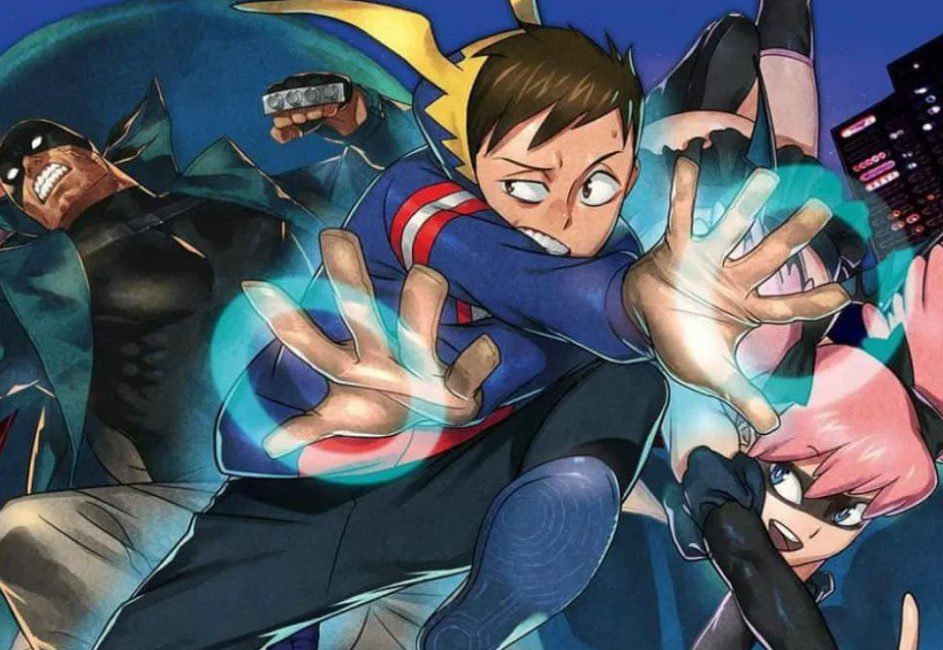 We can’t only talk about the action manga, but the mangas that include sports are also interesting. This manga is great because it motivates people not to give up and achieve great things. We have seen this in many games of volleyball tournaments that the players won’t give up until the end. The journey of Shoyo Hinata is fun to learn about. 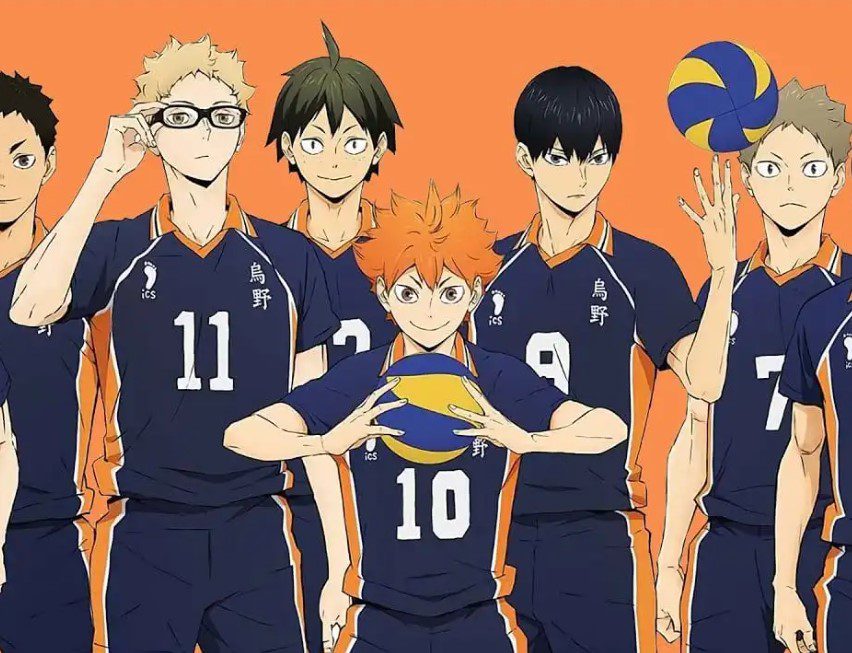 We might have forgotten about this one, but it also topped the list. This also reminds us of the story of Immortal Sugimoto, who protected a young girl, and the war of the Gold Rush was interesting. It also reminds us of the treasure hunt that everyone wanted since they wanted to make a fortune, and it was a battle of survival. 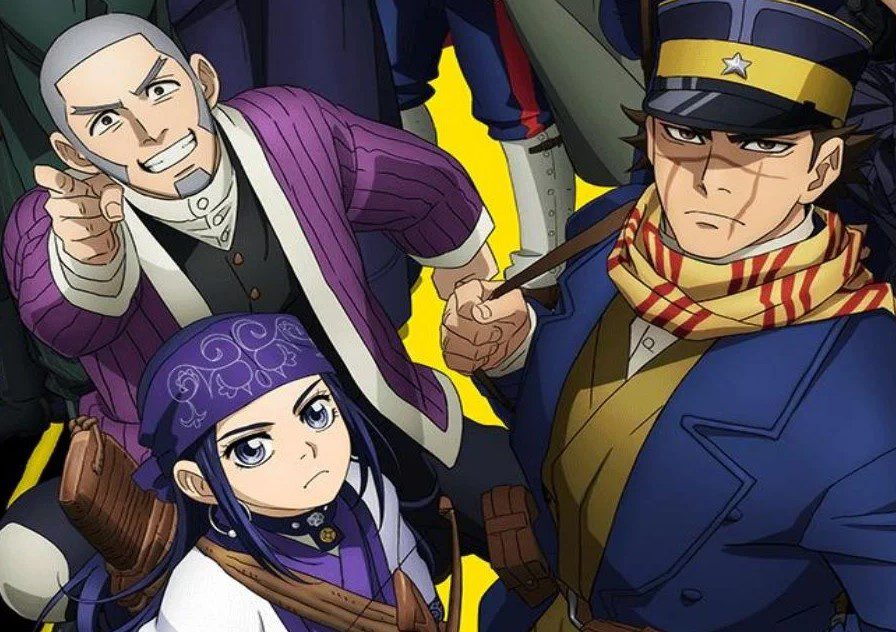 Everyone might have been working on this one since it took us a long time to discuss it. Death Note is the best manga revealing about a man who dropped a Death Note on Earth to see if it would bring something interesting. But it falls on the hands of students, and things begin to get more interesting. 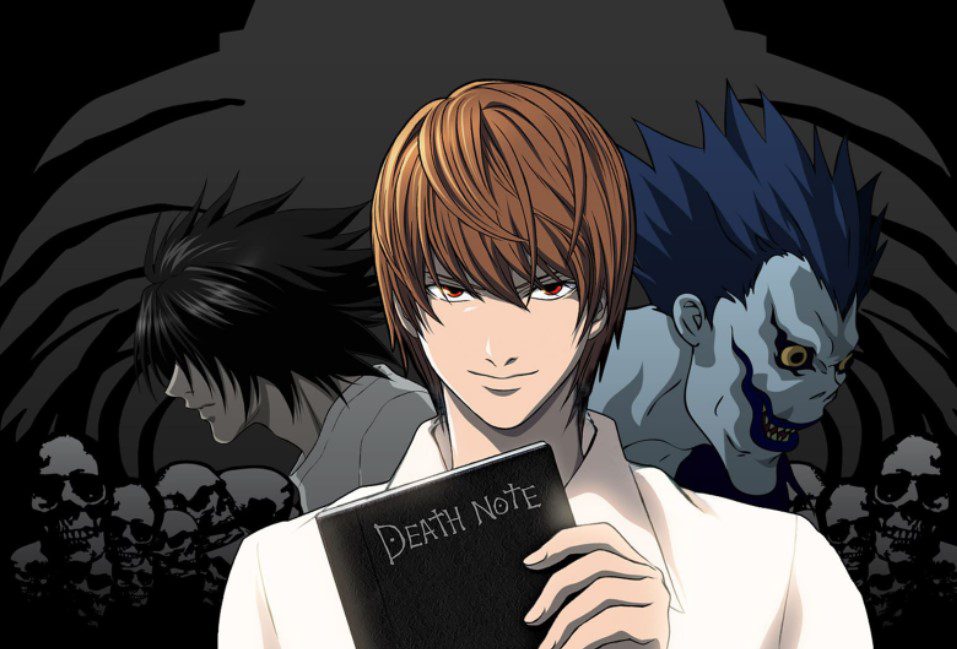 We might have talked about this manga on many occasions, but it is also one of the greatest. The war between Titans, Soldiers, Ackermans, and Eldians is interesting, and we have seen many mysteries in the manga that involves Eren and Reiner. However, the manga has saddened the fans since they still want to read about it. 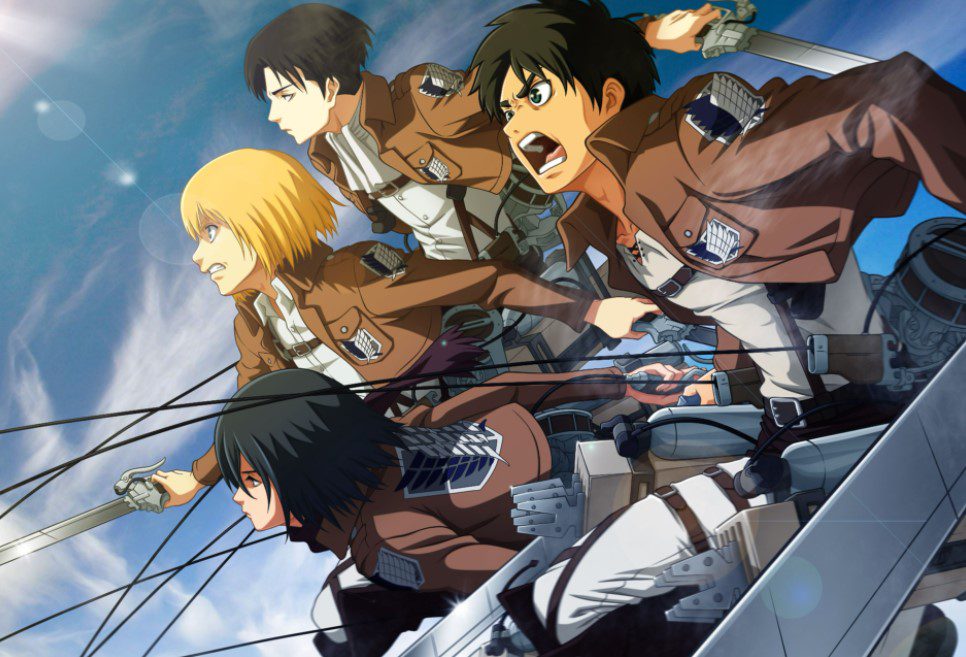 Attack On Titan is still viral online despite its amazing finale. The last battle was amazing, and it was what the fans of this manga wanted. However, we can also talk about the other greatest manga that we have not covered in this list.

Also Read: What Does Deku Mean In Japanese?