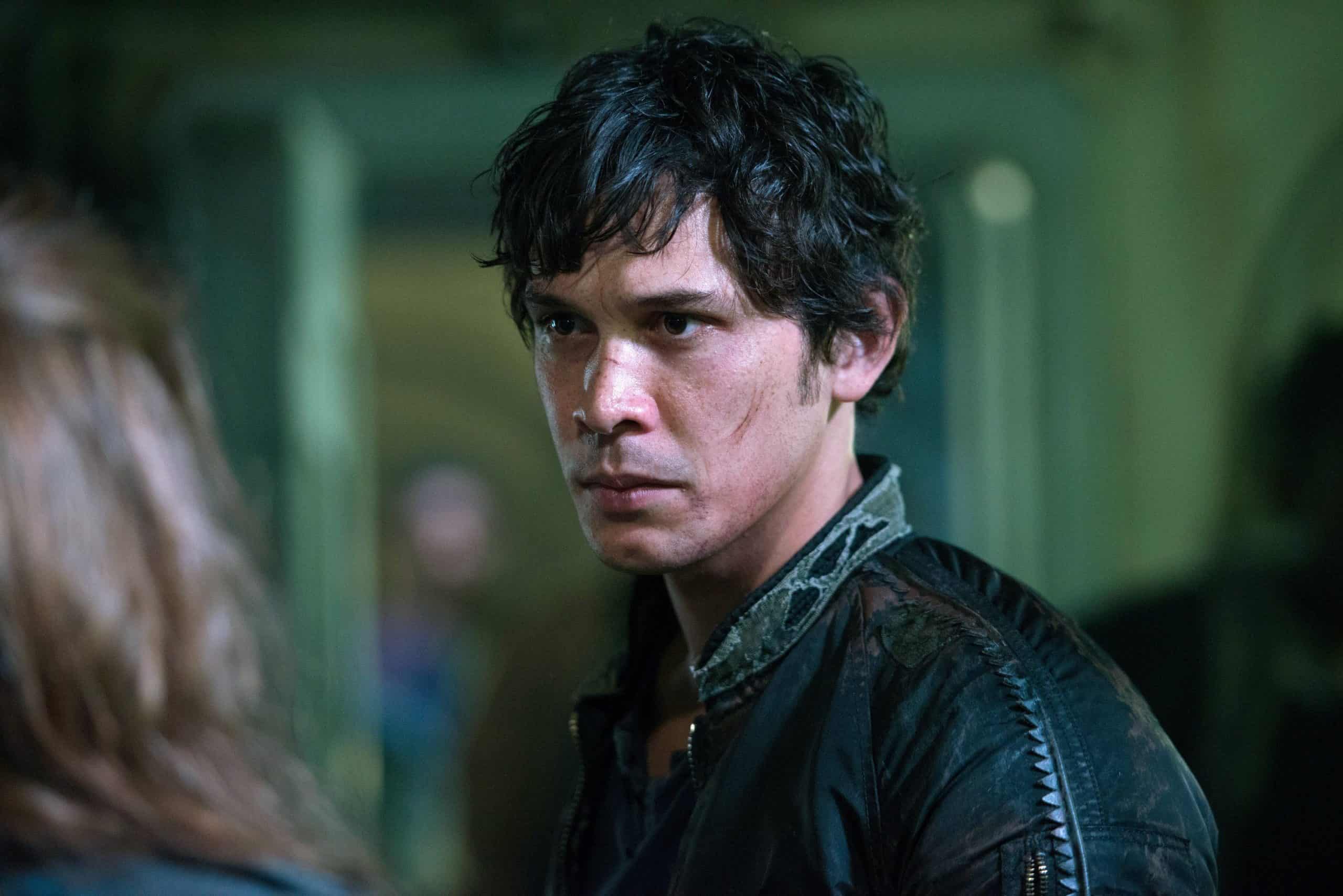 To reimagine our normal world into something that it is not, and most importantly, to see it in a way that it could have been or may possibly become may sound like it is fantastical straight out of a fairytale that everyone reads as kids. But everything that man ever made was once a fantastical idea or a dream, to be exact, that no one ever thought could be true.

From the creation of something as basic lights to the creation of something as destructive as nuclear weapons, science has a way of going to extensive levels of extremes that no one can ever understand in their daily life. But science has made all of this possible. But what if the same creations of science are the reason for the destruction of humankind and a whole set population? 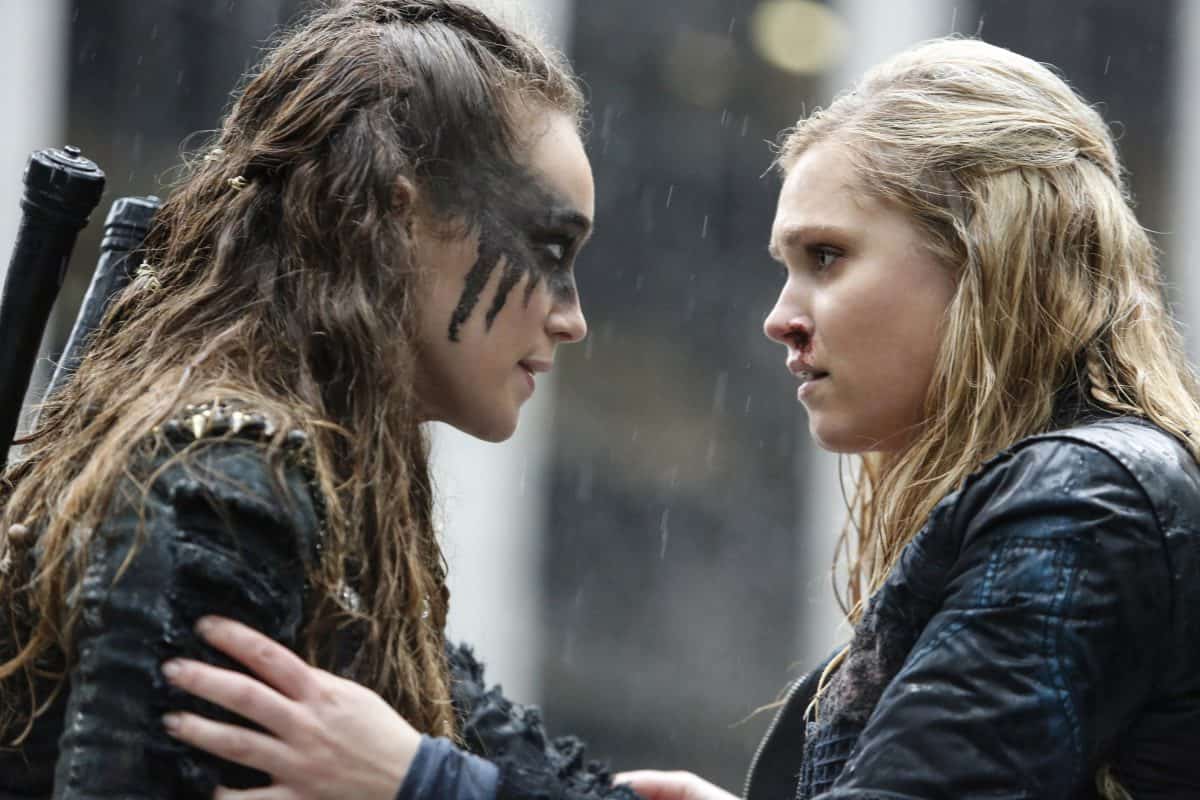 Well, this is the case that is the case in the show The 100. As a whole, civilization is destroyed as a result of nuclear war and what is left with them is a set of 100 people who are the leftover hope for humanity, and that is what all is left with them now. The show in itself is mysterious at many levels and has extensive layers of theories and concepts for the viewer to be attentive enough to understand.

The show was first aired on March 19, 2014, and the show ran for a good seven seasons as the storyline and the characters of the show expanded and grew with each passing season. The show’s seven and final season was aired in September 2020. Ironically the show’s name is 100, and even the total count of the episode is totaled to a correct hundred to match the title aptly and very cleverly as well. 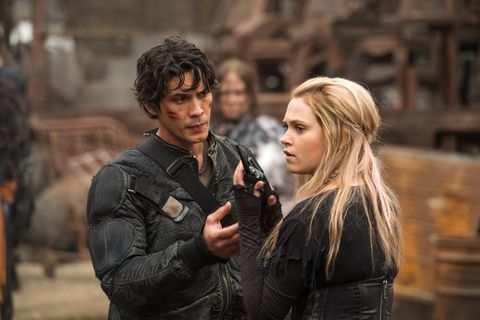 The show is developed by Jason Rothenberg, and this show is an adaptation of a series of science fiction novels by Kass Morgans that is also titled The Hundred. The show also stars Eliza Taylor, Paige Turco, Thomas McDonell, Eli Goree, and Bob Morley in the lead and prominent roles. The cast of the show is considered to be enigmatic and full of charm.

A Brief Synopsis Of The Show

The show is originally set in the backdrop of Earth in a post-apocalyptic situation that is the end result of a nuclear war that happened on earth years back. That war was the reason for the end of the whole civilization and the death of all the creatures on the planet. But that was not the only case.

Before the civilization came to an unfortunate end, a set of more than a thousand people started living on a space station that refers to Ark.

The Ark orbits the arch, and in this way, humans have managed to sustain life for more than three generations now, hence signifying a long time that is spent in space. There are people living in the space station that doesn’t even know what the earth looked like or what it is even earth as they were born in space itself. But the situation doesn’t remain the same for log when the living conditions of the Ark start to deteriorate due to the lesser resources now and almost nothing left for them to survive there. Hence in order to find a way to survive, they decide to go back to earth and look at the conditions now.

They send in 100 detainees to earth who find other colonies already serving there. The world is almost deteriorating, and there is a second wave of radiation going to come. They find themselves stuck between the power dynamic so the colonies, namely the grounder and the Mountain Men. They, in the process, lose a fair number of detainees and try to figure out ways to save themselves.

The season follows up with the discovery of a whole new planet and life, and that life also comes with a side of dangers.

Also Read: Series Similar To The 100 That You Should Know About

What Happened to Bellamy Blake

The character of Bellamy Blake was played by Bob Morley and was one of the leading roles for the first six seasons and with only one appearance in seven episodes in season seven. We have seen his character always in a constant power struggle with Clarke as to who can lead better and who should be the one actually leading. They share a bittersweet connection as she, later on, becomes his best friend as well in the process.

He is killed in an unfortunate incident by Clarke herself when he turns against his own people due to the corrupt actions of a community known as The Disciples. This leads to him killing his own people, and this is where Clarke has to make the most difficult choice of killing Bellamy.

Also Read: 40 Best Sci-Fi Films Like Will Smith’s ‘I Am Legend’