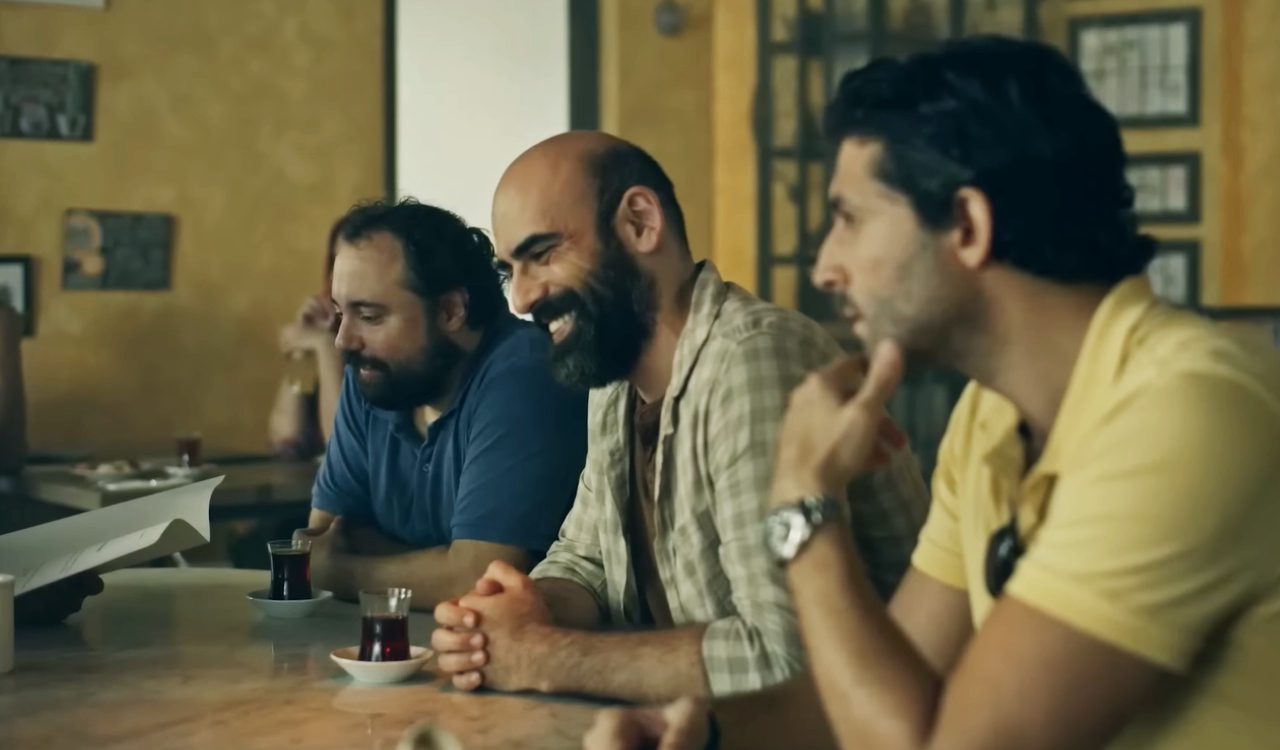 Turkey’s best series of the year award-winner, Gibi (As If), will soon be releasing a new episode this week. The show is about two and later three friends that go through some of the most absurd problems one could imagine.

Usually, all of us go through various things in life, but for Yilmaz, Ilkkan, and Ersoy, every little problem leads to something much bigger and more amusing. Gibi has the type of comedy that only a few people understand and like.

It can be compared to America’s The Office or Seinfield. The show is directed by Omer Sinir, the man behind other good shows like Ara and Firildak Ailes. This series was first seen on Turkish television back in January 2021.

It didn’t receive much attention at first, but as the show released more episodes, Gibi became a hit with local audiences, some claiming that if they ever made a global premiere of this series, it would certainly be a great hit. 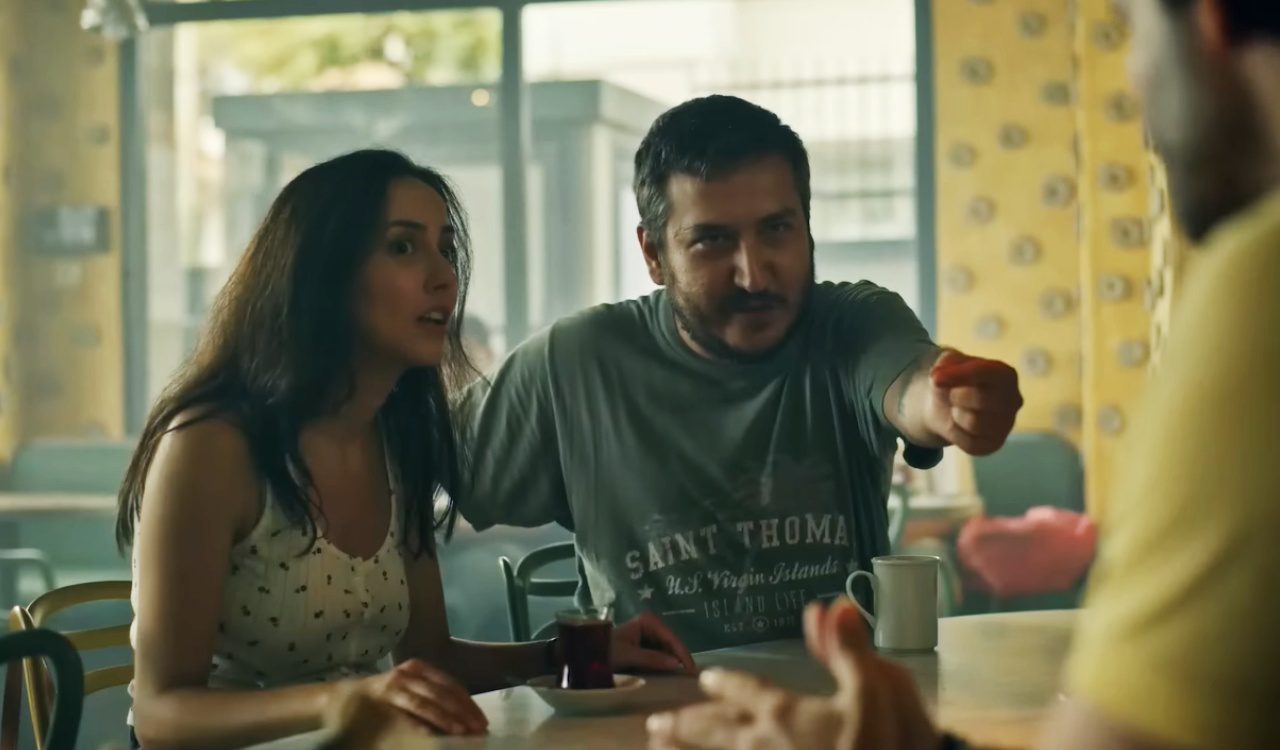 Esra is part of many episodes along with Yilmaz and others (Credits: Exxen)

The show has three seasons now, with the most recent one airing on 21st October 2022. Most of the episodes begin with new situations and stories, so it isn’t necessary to watch the episodes in any certain order. These comedic episodes are written by the amazing writer Aziz Kedi.

We’ll be joined by all three main characters this season as well. The show originally used to focus on only Yilmaz and Ilkkan, a duo that never got along well together yet stayed with each other all the time. Although they may not seem to be the best of friends, both of them share a bond that’s often hilarious yet wholesome.

They are later joined by Ersoy, another friend of theirs that makes the perfect addition to the already chaotic duo. Feyyaz Yigit plays the role of Yilmaz, while Kivanc Kilinc portrays Ilkkan. The third friend, Ersoy, is played by Ahmet Kursat Ocalan. 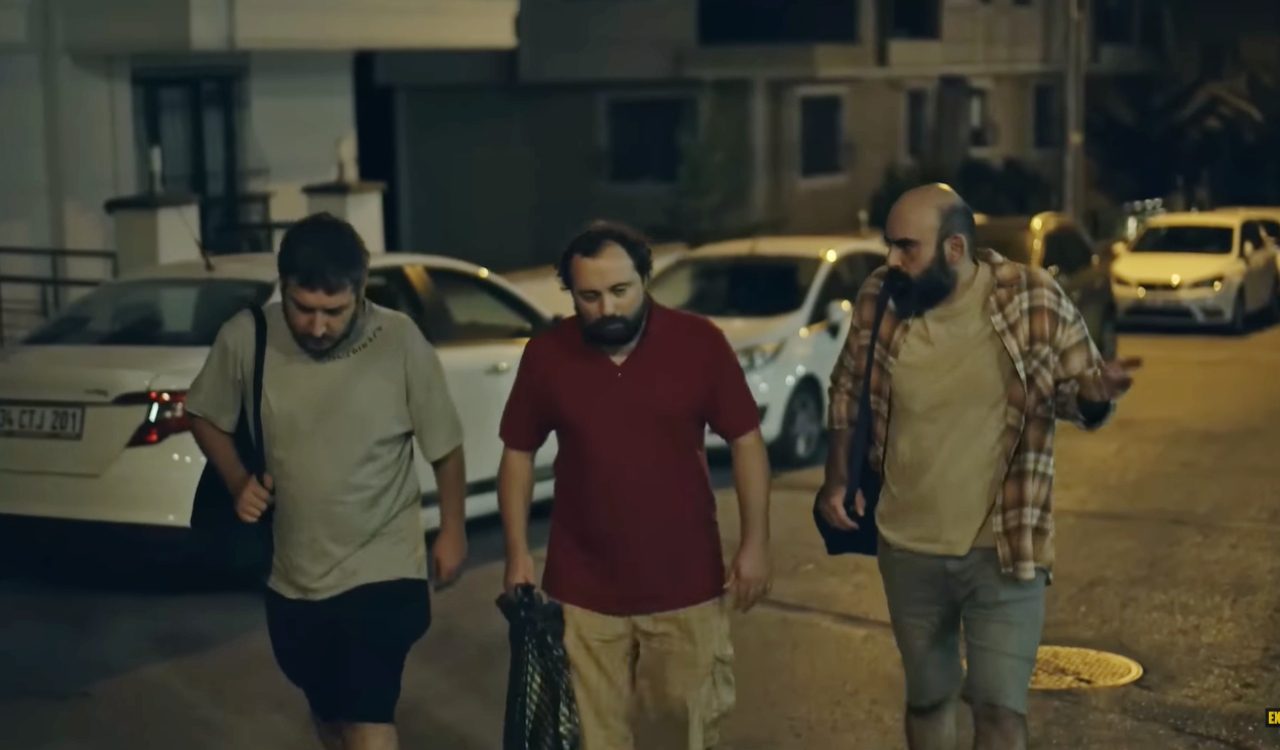 Other actors that are a part of the show include Ezgi Ay (Esra), Umran Sakir (Umran), Ozer Arslan (Magistra Maximus), and Celal Ozturk. Most people think Esra’s character was just added due to the shortage of women on the show, but that’s not true as, at times, her presence ends up making the show more sarcastic and funny.

In the previous episodes of Gibi, we see the trio doing what they do best, making the worst outcomes of simple problems. This episode featured Esra after a while, and fans were delighted to have her be a part of it.

The episode featured the friends talking about all sorts of things and being joined by other characters as well while they were in the cafe. Yilmaz, Ilkkan, and Ersoy also face a problem.

They talk about the signs Taurus and Gemini and how they are either sarcastic or have unstable personalities. They recall their football traumas and ask deep questions related to humans in general, which makes them think about their whole lives from a different perspective. It just starts as one question from Yilmaz that leads the group down a rabbit hole.

The next episode of this Turkish comedy show will be aired on 9th December 2022. New episodes of Gibi are released once a week on Fridays, with each episode having a run time of 41-45 minutes or more.

The show is aired each Monday at Exxen. The time of the show is usually around 4:00 pm EST in Turkey. If you do end up missing an episode or prefer to stream the show on demand, you can head over to Exxen’s official website. The first episode that Exxen aired on Gibi can be watched on Exxen’s YouTube Channel or for free on Exxen’s website.

Gibi sadly does not have a wider range of streaming services even in and outside of Turkey. If the series receives more attention, it can be taken up by a global streamer. Some clips of the show are available on the YouTube channel globally.